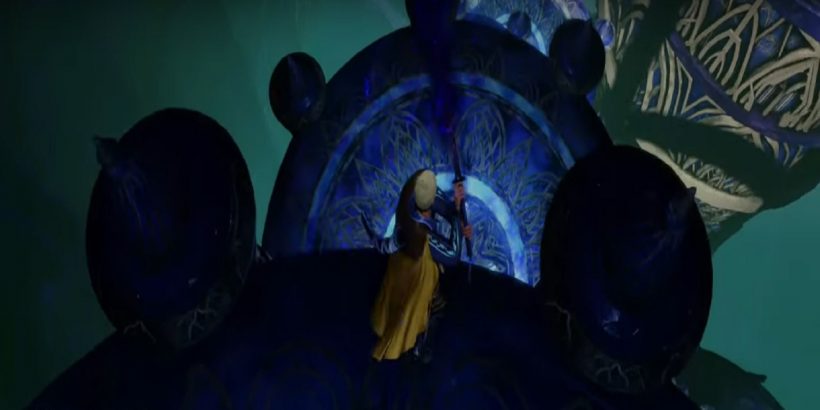 If you've been rushing through Stranger of Paradise Final Fantasy Origin, or even if you've been moving at a modest clip, there's a chance you've not stumbled into a single Memory Mementos orb yet. These rare pieces are your ticket to hidden sidequests that cannot be initiated through any other means in the game.

Have we piqued your interest? Or perhaps you already knew all that, and you're racing past these intro paragraphs to get to the good stuff. We feel you. You've got a Chaos to kill. Let's get these orbs and help Jack bust some more skulls.

Oh, and speaking of skull-busting, we'll let you know what you're signing up for with each of these freshly-unlocked sidequests, too. 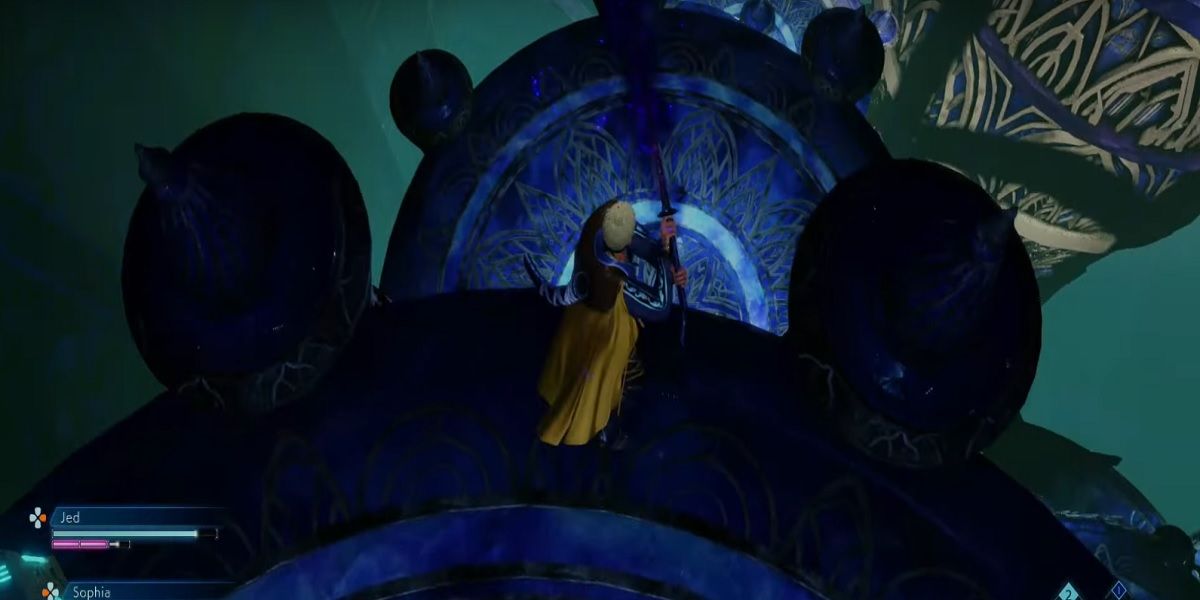 You'll find this orb in the main mission 'A Familiar Place'. Proceed apace until you've reached Hall of the Brave. After a bit more ground's been covered, you'll locate a lift that can take you back down to the floor beneath you.

Pretty soon after heading back down, you should come across a stairway that ascends toward a tower. A small island of sorts juts out from its right side. Your destination is that island, so make your way there and peer over the edge.

Hop down once, then twice, and several more times until at last you fall upon a floating platform with the Scarlet Memories orb. 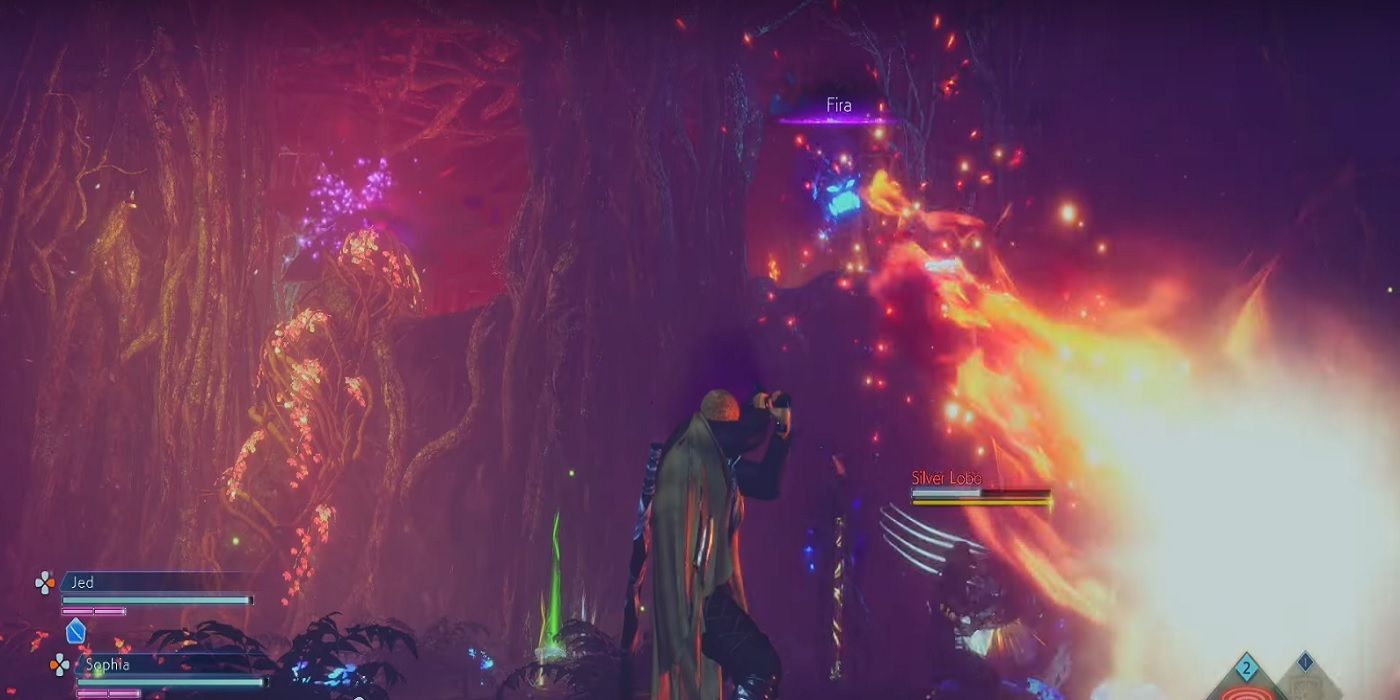 Your target mission's 'Memories of Poison' for this next one. Once you've reached the main cave, find the specific area with a flower cropped up on its "roof." You should see a hole here, which depending on the direction your camera is facing when you first arrive here may actually be what you notice prior to the flower.

Regardless, drop down the hole. Watch out! A Tonberry awaits. This is basically a miniature boss fight in its own right (depending on when you come back here, anyway). Kill the wretched thing, destroy the flower, and this first Indigo Memories orb is yours. 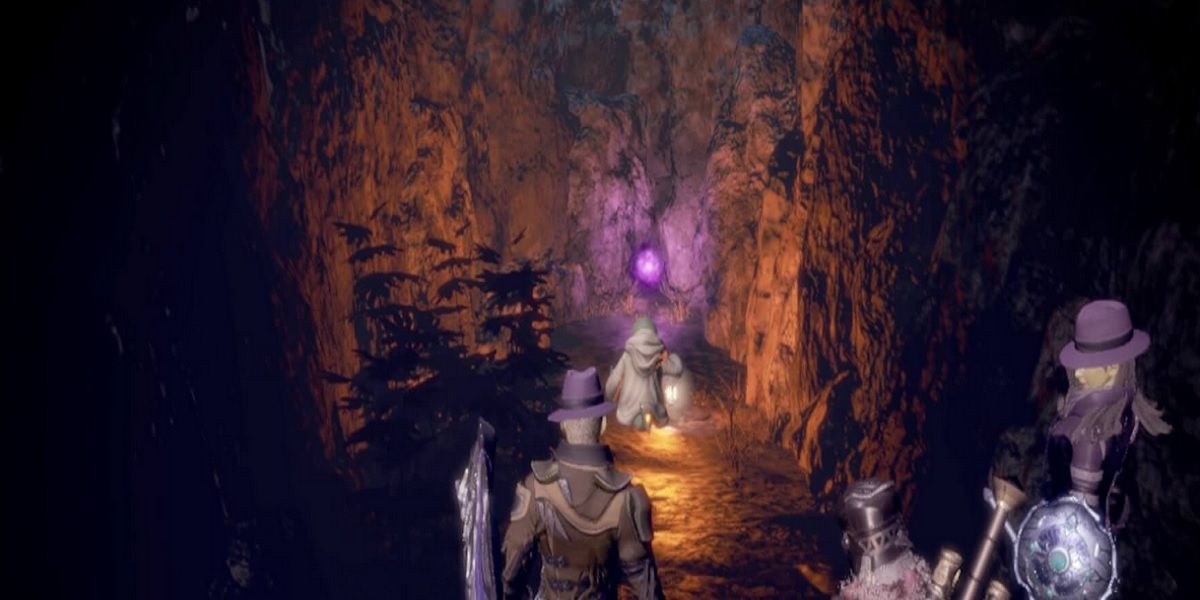 The main mission here is 'Natural Distortion'. Pass the first and second weather orbs, but once you've gotten to the second, take the west path (after activating it) and destroy the Dark Vent you'll find near its end.

There's a ledge near here with a rope that will take you to another spot. Go ahead and shimmy down that rope. Follow the linear path here, enter the cave, slaughter the monsters, kill another Tonberry, and snag yourself some Crimson Memories. 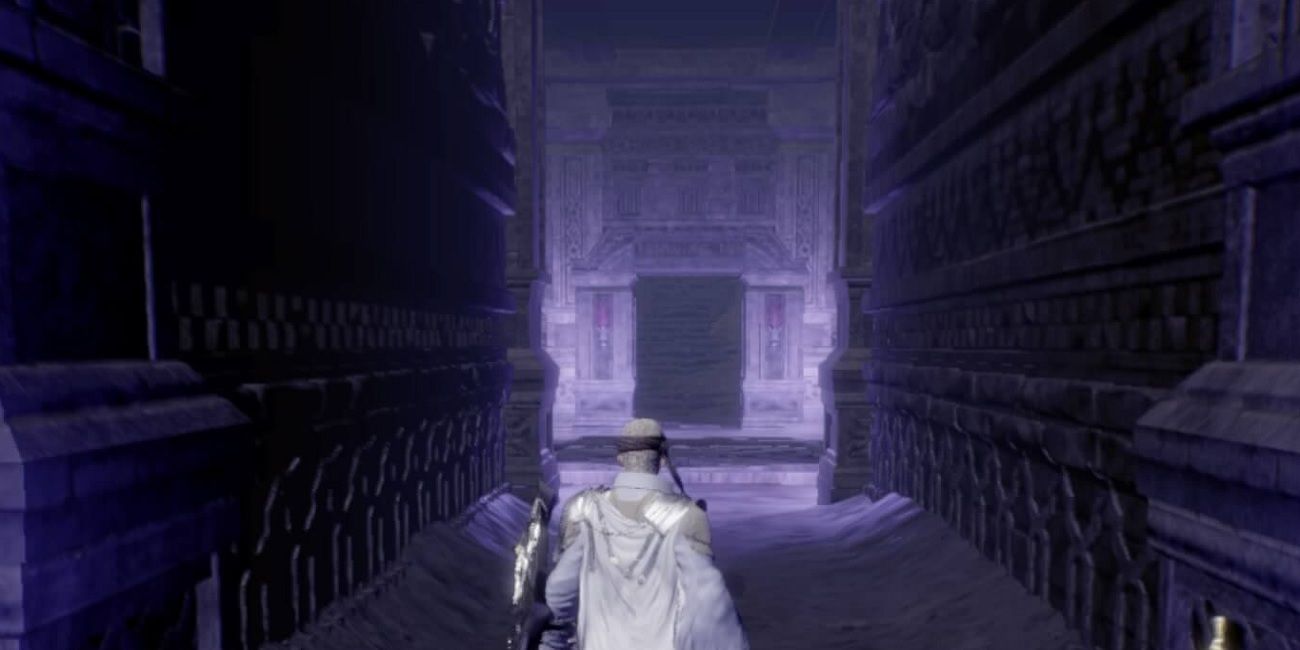 'Memories of Earth' time! Your arrival at the Aspirant's Hallway marks the moment you'll need to begin paying attention for this one. See that opening? You can leap down it. (Do so.) But fair warning: you're in for a battle.

Those trap wall enemies are a pest, and there are three of them here, all stronger than usual. Take them out carefully, one by one or all at once per your Job setup. Once they're done and dusted, jump down again, but don't climb that staircase yet. Instead, look to its left and break that wall.

Your reward for all this wall-breaking is, indeed, an orb. 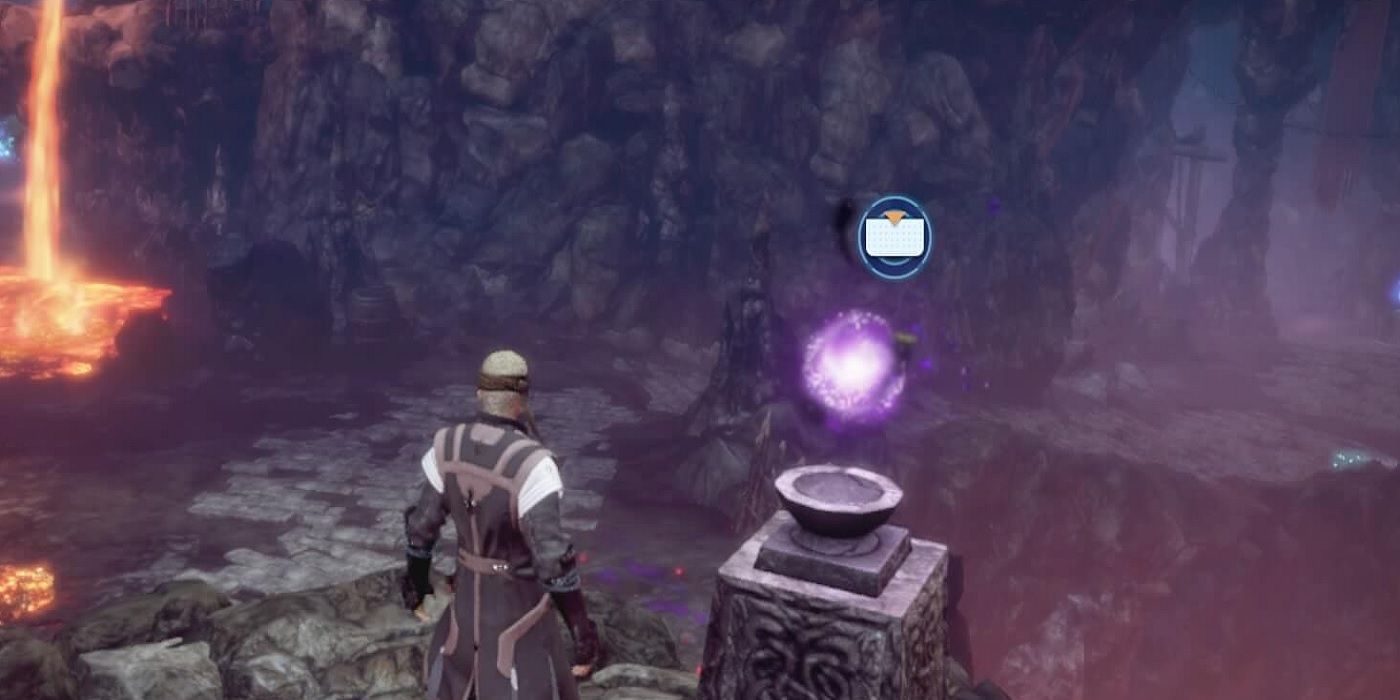 Return to Mount Gulg via 'Memories of Fire' and keep going until you've reached Path of Destiny. There's a goblin here trotting along with a big rock. Head left once it's out of the way (don't engage it!) and you'll have access to a treasure chest and a hole. The hole, as it happens, is the best of the pair – it'll lead you to this orb. 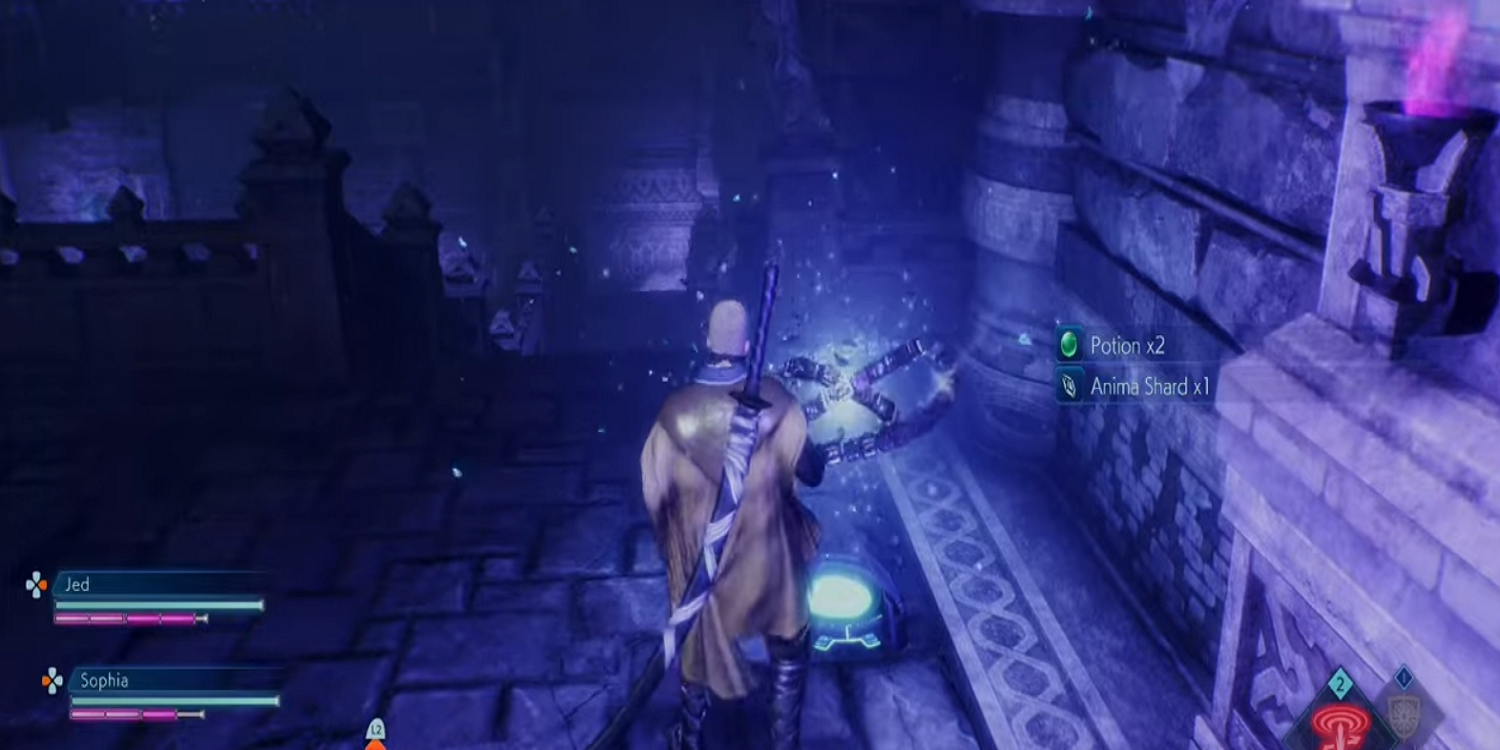 'To Remember' is next on the chopping block. Unlike the rest of these, you're going to need to keep going quite a way through the level. Your orb is a prize only provided near its completion.

You'll probably remember that part with the bridge-crossing and the relentless shooting from a certain irritating turret. Each time you rush for cover, you'll narrowly evade potential wholesale slaughter. The final hiding spot, another big piece of rock, hides your orb.

Your final orb is situated in 'The Suffering of Fools'. Contrary to The Greedy, you'll be seeking this out right near the start of the level. The left gate here leads to Path of the Forlorn. As it happens, that's where we intend to go. Once you're there, cross the bridge.

When you've crossed the map, take a look to your right. Thankfully, these nasty-looking traps and obstacles aren't your objective. Instead, search for the hole with bones popping out. This is your destination. Leap blindly, take the orb, and congratulations. You now have every Hidden Mementos orb.