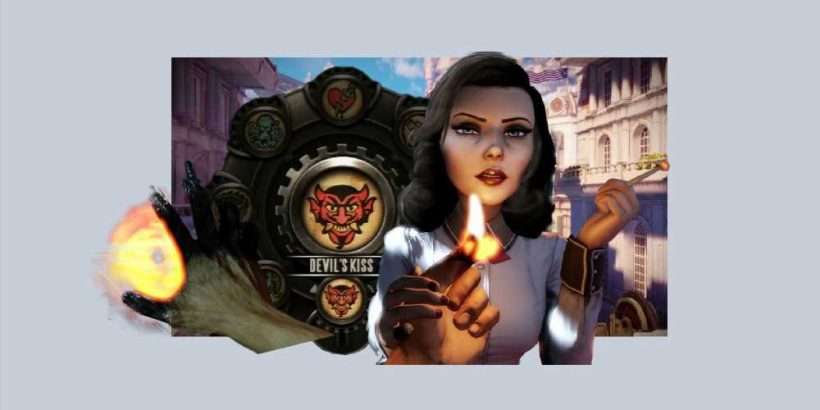 BioShock Infinite takes place in the floating city of Columbia, held aloft by quantum physics and a bunch of barbershop quartet racists. It’s a pretty wild setting, although a far cry from the sprawling, hot air balloon-powered metropolis we saw in the original gameplay demos, but it’s an impressive setting nonetheless.

Now, I can suspend my disbelief enough to accept that the place is in the air because something called a Lutece Field can keep subatomic particles suspended in space. If you told someone 200 years ago that we’d put a man on the moon or be able to read articles like this on smartphones, they’d have you burned at the stake. Science often seems like magic before we understand it – and doubly so once we do – so who am I to question it? It’s a macguffin, it fits the world of the game and makes it palpable. What I can’t make peace with are the vigors – what’s the point of them?

If you’ve played BioShock Infinite, just take a few seconds to sit and think: what narrative purpose do the vigors possess? We know they’re stolen from Rapture technology by Jerimiah Fink. He peered into the underwater city through the various tears that opened around Columbia and saw Korean scientist Yi Suchong researching Adam and the Big Daddies. I get why he’d steal them and make his own version, but there’s no reason for the citizens to ever use them. 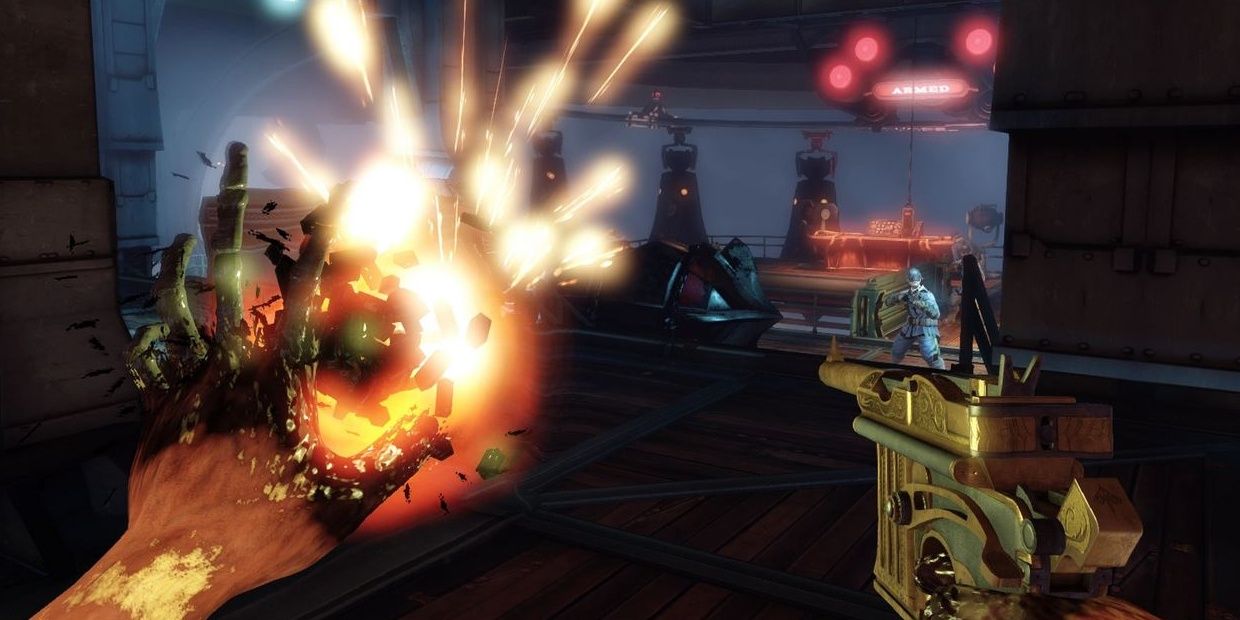 Rapture is a city built on the unshakeable belief that a man should be able to fashion himself into whatever he wants, as long as he puts the work in. “Is a man not entitled to the sweat of his brow?” Andrew Ryan asks as you descend into the depths. If that work involves exploiting others, so be it – if you can, you have every right to. It’s no wonder then, that Plasmids are developed after experimentation on Adam – everything Andrew Ryan does is made to spit in the face of God. But Columbia is founded on the basis of white Christian supremacy, something achieved by building a city that is literally above all others.

There’s just no need to throw vigors in on top of that. In Rapture, the citizens turn into splicers because they’re addicted to the climb to the top, they have to be better than everyone around them. They want to be bigger, faster, smarter, shoot fire and hornets out of their hands. Why? Because they can – it’s their right. In Columbia, the people serve Father Comstock and generally work towards a communal goal. The individuality inherent to vigors doesn’t make any sense. I know they get created by a lone, thieving scientist, but it makes no sense they’re just dotted around the city like the plasmids in Rapture. 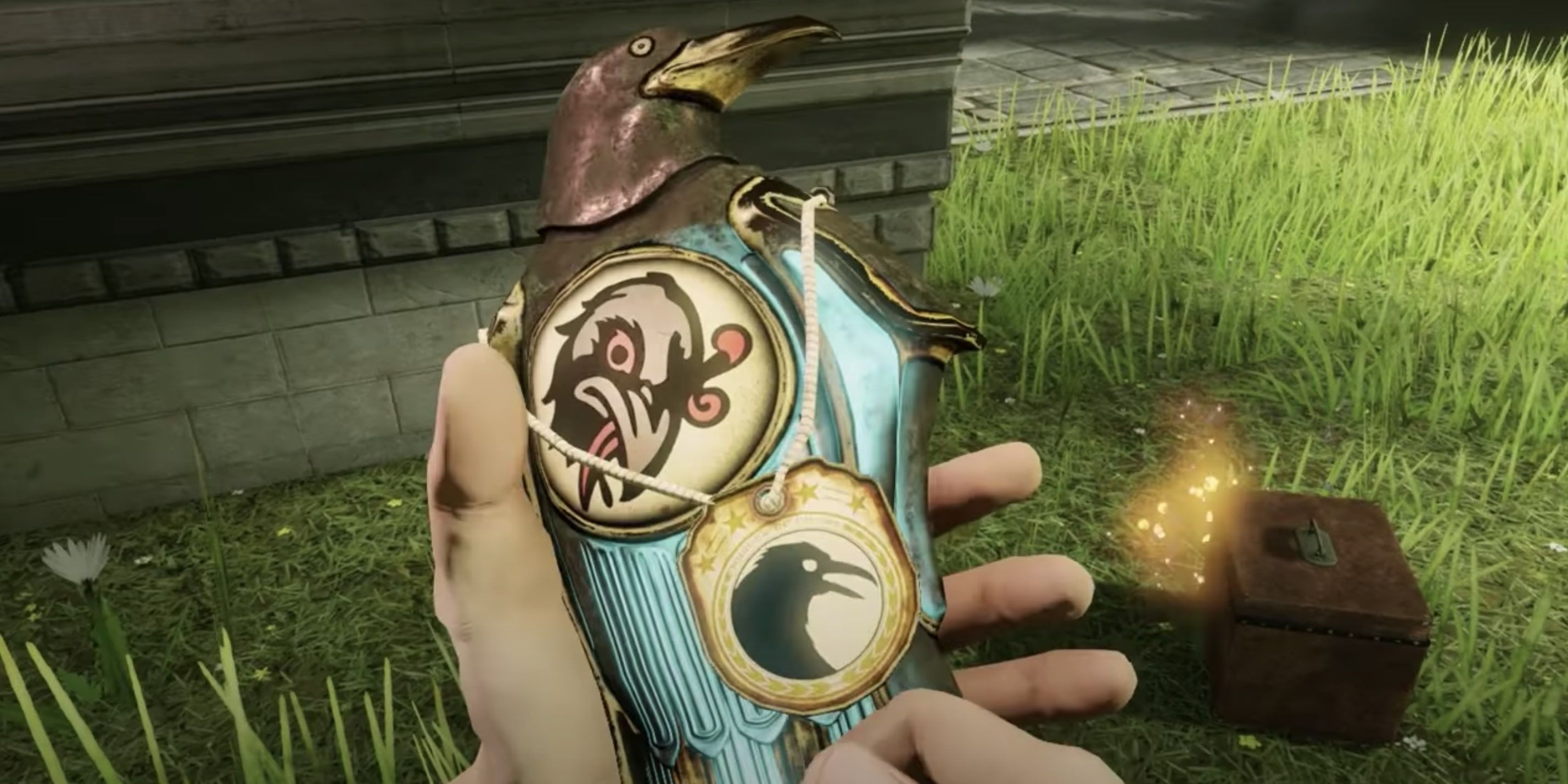 A fundamental Christian belief – one that all the Abrahamic faiths have – is that we were made in God’s image, which makes body modification a big no-no. You can’t even get buried in a Jewish cemetery if you have tattoos. Comstock has a different interpretation of science to most zealots – he believes it to be the blueprint of God’s work – but it still seems unliklely he’d allow his citizens to play god by being able to throw molten rock or summon a murder of crows at will. Sure, there’s Songbird and the Handymen – the Big Daddy equivalents – but these are tools made of people and machines, not good Christian souls worthy of ascension.

I can’t see any reason for vigors to exist in Columbia beyond the fact that BioShock players expect cool powers. The worst part is, the game is based on quantum sci-fi anyway, so why couldn’t vigors have been incorporated that way? Like Elizabeth, the fact that Booker is dealing with a parallel version of himself could have unlocked some weird powers within him. If you could control the molecules in your body, you’d be able to breathe lightning and shoot sharks from your feet. It’s weird as hell, but I’d already bought into the sci-fi. Instead, we got knock-off plasmids, how boring.