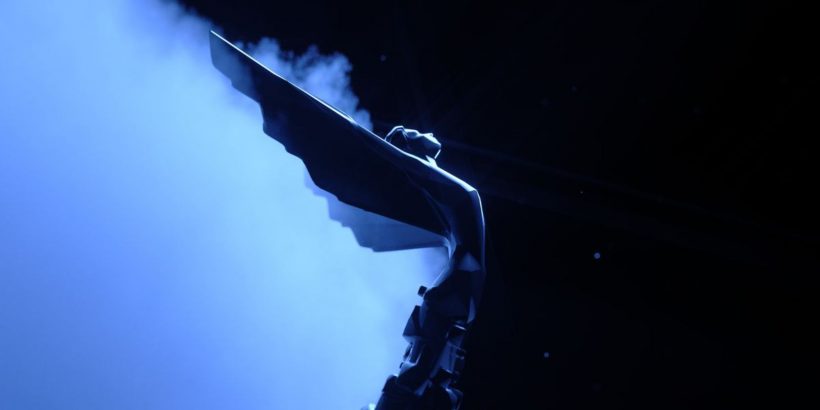 As someone who’s worked on awards shows before, I know that putting together one isn’t an easy experience. Technical issues plague every moment. Celebrities get nervous and miss lines on the prompter. I once wrote on an awards show in which someone opened the wrong envelope for an award, both confusing the moment and basically spoiling another moment later on.

It’s hard to create any sort of live show, and for that, I give credit to the hardworking staff and crew putting together The Game Awards. Right now, I can guarantee they’re working overtime to create a presentation that will keep fans both hardcore and casual alike happy. I can also guarantee things like big names suddenly dropping out, developers fighting for every second of airtime they can steal for trailers, and a poor editor who’s likely being forced to create fifteen different montages.

So with all that said, and all due respect, let’s talk about what we actually expect to see at the game awards. Trailers at The Game Awards are funny. This is something I complain about – I dunno – fifteen thousand times a year, but TGA is always far more focused on trailers for new games than honoring the ones that are supposed to be up for prizes. We’ll get a few video montages and an orchestra playing a melody of music and someone saying that video games are important. Done!

But really, more than half the time is going to be filled with trailers. And that’s great. I love finding out what’s going to be nominated next year while ignoring what’s been nominated this year. Everything in entertainment should be focused on what’s coming out later rather than what’s out now. Yes, I recognize the business reasons for this. And if I was writing on a game that had a trailer at The Game Awards, I’d be the biggest hypocrite you knew. I’d yell about it up and down the mountains. You’d know I was full of shit, and so would I!

Yet for every three seconds someone at TGA talks about video games, there’s going to be an hour of promotional footage. And because TGA is an expensive place to put your trailer, 99 percent of them are going to be identical-looking triple-A games. And we’ll all slap our hands together for them, because we’ve been trained as an audience to believe that video games can only be announced at major events or in 40-minute-long YouTube videos.

Trailers For Expensive Games That You’ll Never Hear About Again 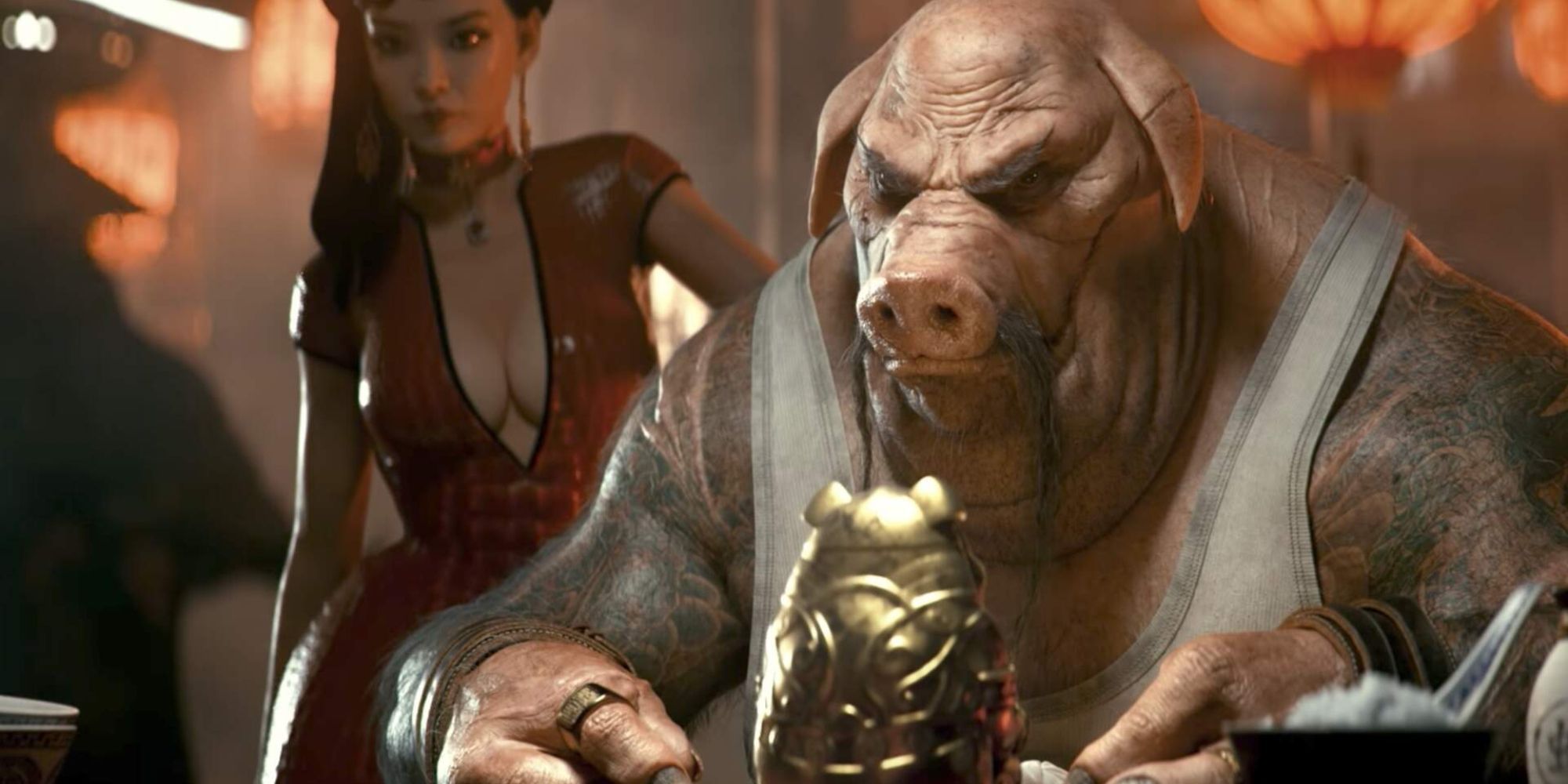 For every major IP reminding you that it still exists, there’s going to be a trailer for a game called something like Cursed Earth: Reckoning Moon. That might even be the title of a real game. I’m not going to look. I don’t care enough. But the game is going to look extremely expensive. It won’t look visually interesting – it’ll just have ray tracing and textures that look wet, which is apparently what we’ve all been shooting for over the last ten years.

Depending on the genre, the trailer will feature a realistic-looking dragon, zombie, or gruff white soldier with facial hair. The trailer will be set to a cover of a popular song, either sped up (action game) or slowed down (action game). There will probably be a few barks from game characters that make no sense but add some urgency to the trailer. Definitely a moment when a character is running and says, “Hold on, everybody!” Maybe there will be quips. God help us, there may be quips.

Ultimately, this extremely expensive-looking game will say, “Coming 2023.” It won’t come in 2023. It won’t come out at all. That’s not to attack the game developers – making games is hard and all entertainment products are regularly canned mid-production. Still, this game ain’t coming out any time in the foreseeable future.

If it does come out, it’ll be five years from now and somehow turned into a live-service game. 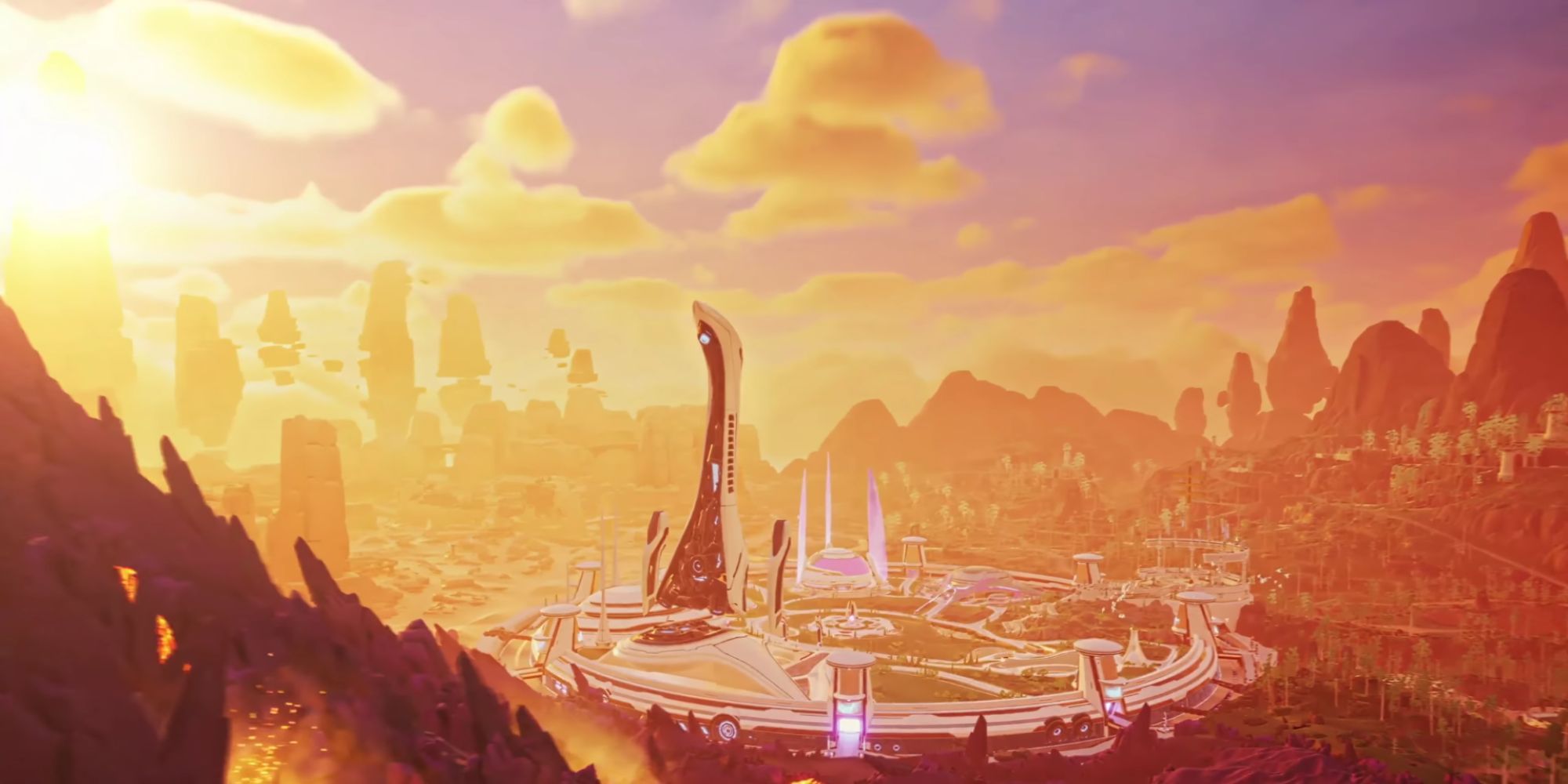 You know how movie trailers always give away too much about the story? Video game trailers don’t usually have that problem! Which is good! It’s hard to spoil a story that’s 40 hours long and involves punching goblins for 30 of those hours.

But there will be three or four trailers that are inexplicably vague. A voice will read some sort of bullshit lore, like, “Long ago, in the wilderness of the fey, a force awakened to bring darkness to the land.” We’ll cut to some gameplay that just looks like a generic person running through a field. They’ll definitely have a bow and arrow for some reason. Is the game turn-based? Is it an adventure game? Is it action? You won’t know. And they won’t tell you.

Congratulations: A corporation is trying to create a new IP and has no clear idea on God’s green Earth what to do with it.

There will be celebrities who do want to be there! Don’t get me wrong. A lot of celebrities involved in games understand them just as well as they understand movies or television. That’s not who I’m talking about.

I’m talking about major celebrities who are doing motion capture and voices for some upcoming game and are contractually obligated to promote it. They’ll probably have been nominated for a Golden Globe at some point in their career. It will be a good actor, but an actor who does not want to be trotted out to speak into a microphone to push a product that won’t come out for another three years.

The celebrity will be cued a bit too early, and the walk to the podium from the wings will take too long. The celebrity will read the prompter with confusion and bewilderment on their faces. There will be a pause during at least one presentation when an actor is internally writing a letter to their agent. Nothing will go gravely awry, but there will just be a fog of discomfort over the whole moment.

Fortunately, the audience will go nuts for the celebrity because the video game industry treats celebrities as validating forces that make the art form more legitimate. 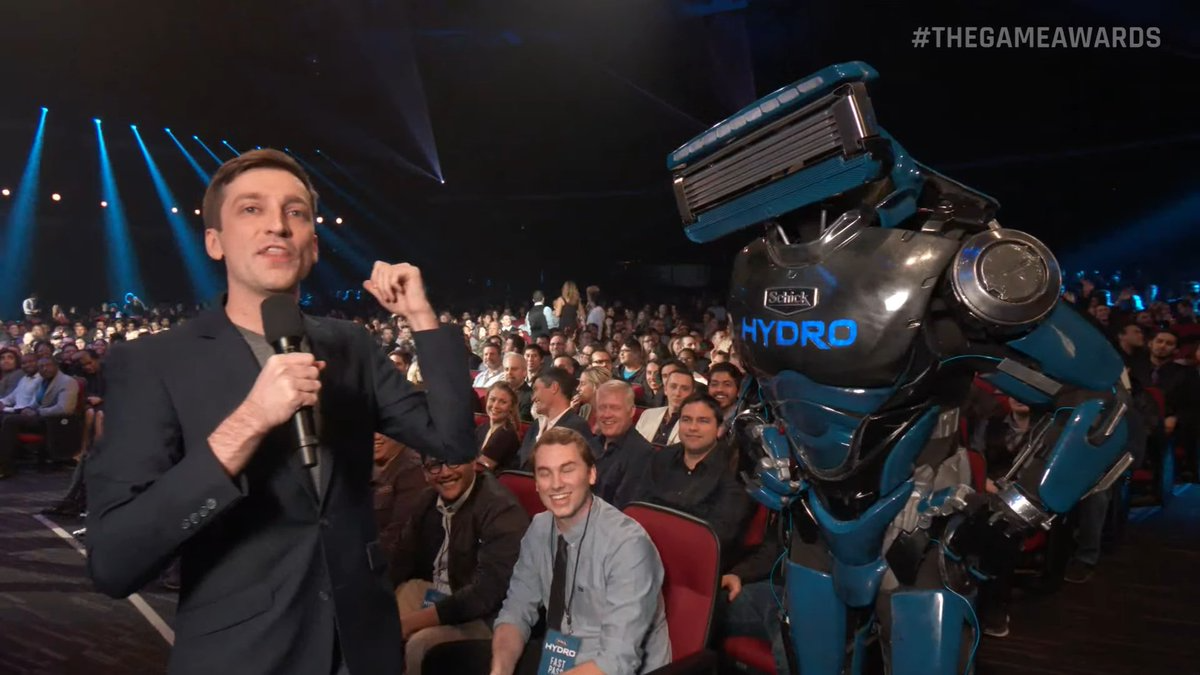 Since the video game industry respects itself, there’s going to be a cross promotion with a brand completely unrelated to games but associated through a somewhat embarrassing stereotype about the people who play them. In other words, there’s going to be a “Mountain Dew Action Thirst Quench” and a “Doritos Gamer Crunch Moment.”

Sponsorships pay for a lot of the bills for these shows, so I don’t hold it against them. If you see a movie and everyone is drinking Coca-Cola with the label facing out, please know it probably paid for someone’s salary. It’s possible you couldn’t get the production done without the sponsorship. That’s business, baby. But it’ll still be an embarrassing mirror held up to us. 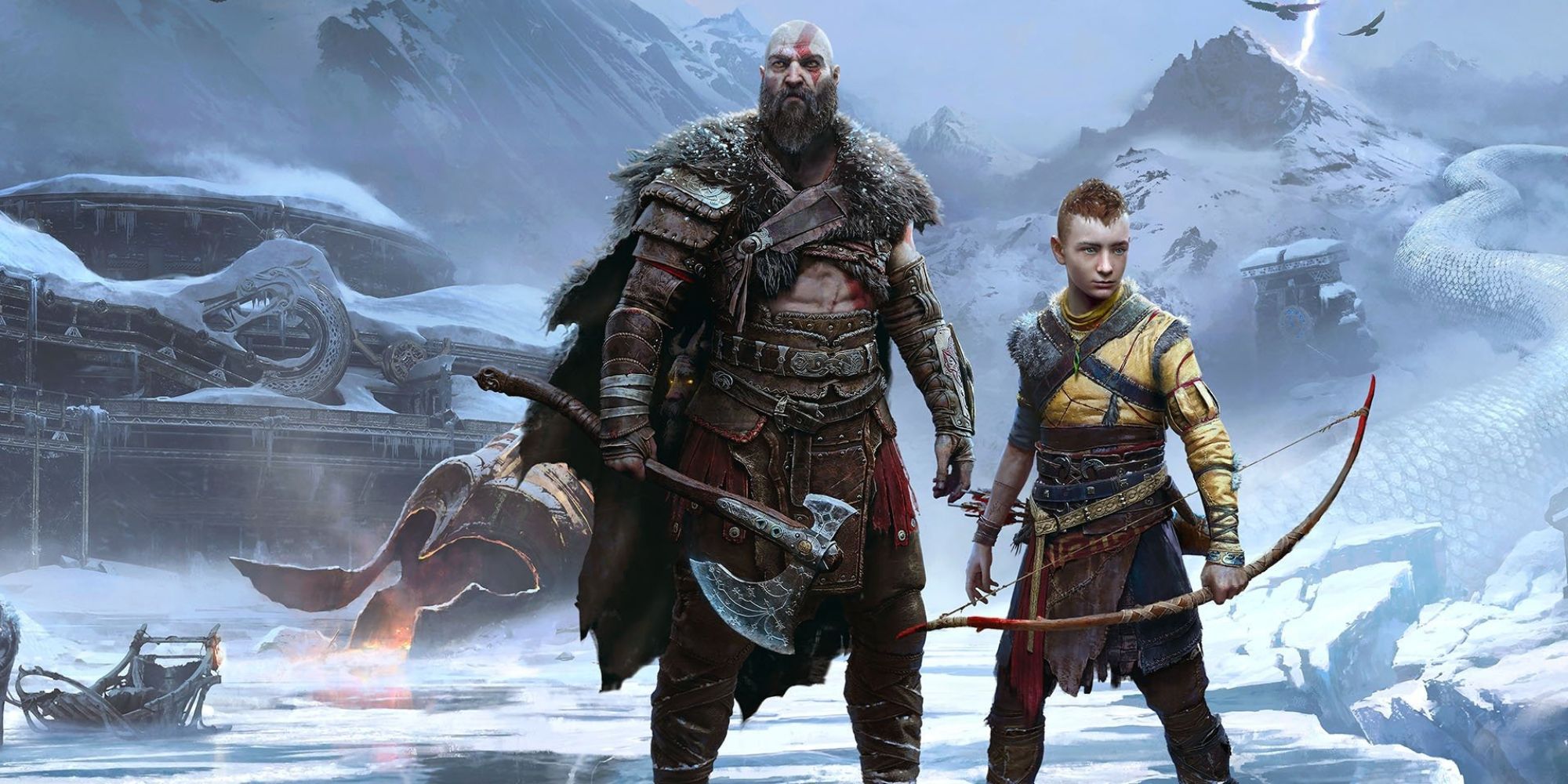 As cynical as I am, this will actually happen. Great games will receive awards and hardworking developers, artists, writers, musicians, actors, and more will get the due they deserve.

Video games are one of the hardest and most intricate forms of art to produce. They combine all the challenges of television and movies with the added complexity of interaction. Incredibly intelligent people are required at every stage to fine-tune every aspect. 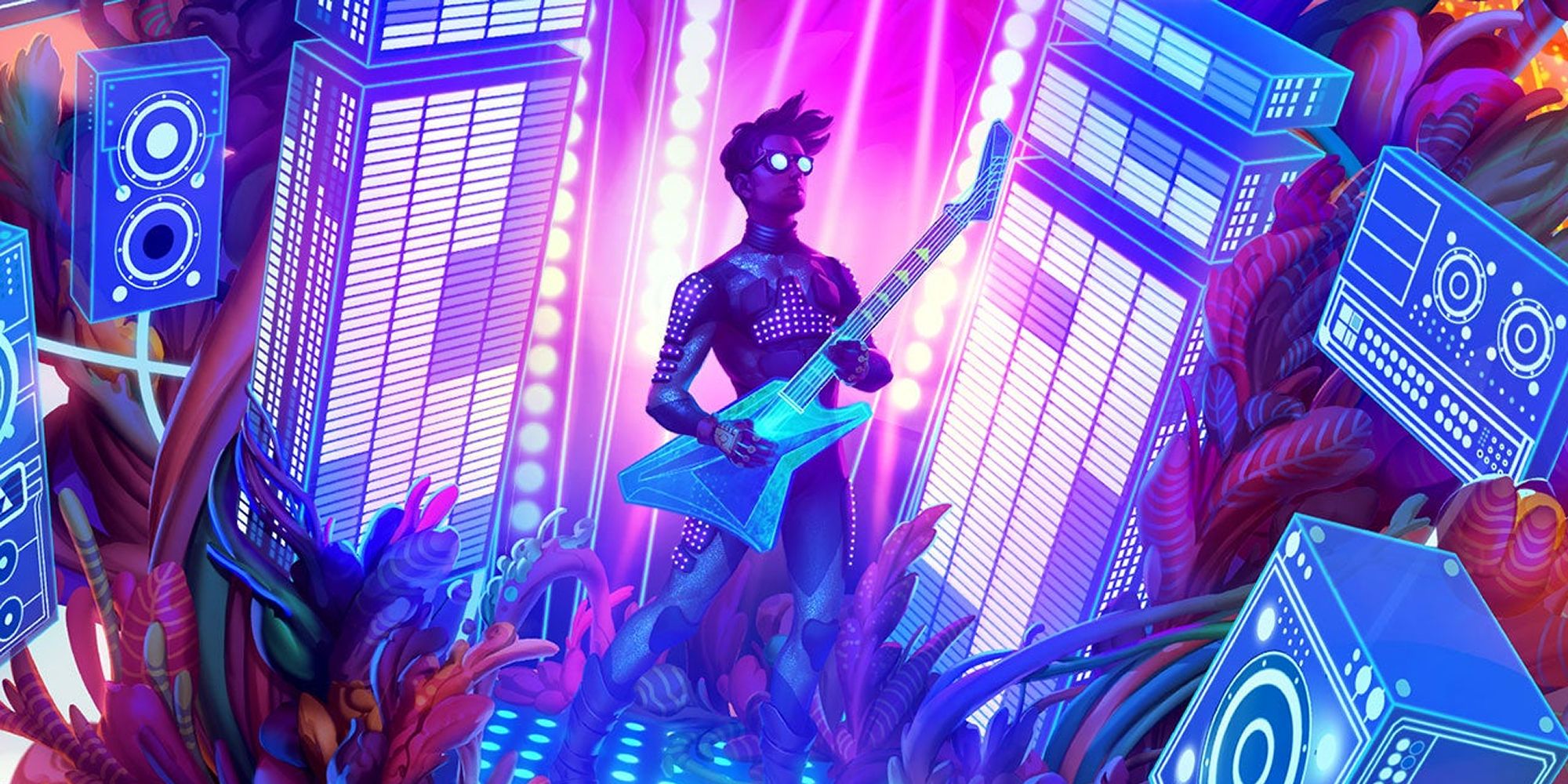 See the trailer sections above.