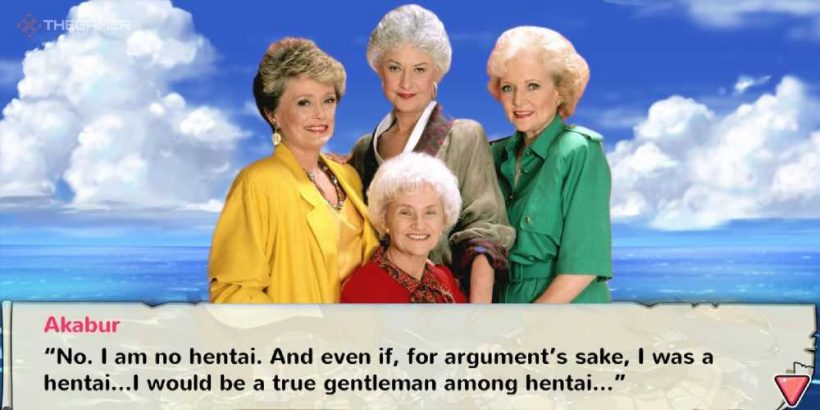 The Golden Girls aired its masterful two-part series finale on May 9th, 1992. Yet for three decades and counting, the sitcom starring the late, great actress quartet of Bea Arthur, Betty White, Rue McClanahan, and Estelle Getty has continued to live on in the hearts of minds of millions. The characters these women played were superbly written, one and all — fiercely independent but ultimately loyal to each other when it mattered most.

Visual novels have been around since legendary Dragon Quest creator Yujii Horii delivered unto the world a little game called The Portopia Serial Murder Case back in 1983. That's before The Golden Girls even premiered. Wild, right? Now, we know exactly what you're thinking. "If visual novels predate The Golden Girls, and both the television series and the video game genre have continued to thrive for generations, why hasn't anybody done the obvious and created a Golden Girls visual novel?"

Indeed, it's a paradox. To deny the universe such a narratively-driven gem is unorthodox. It's downright problematic, is what it is. Here's why.

5 Sophia's Wisdom Can Save the World 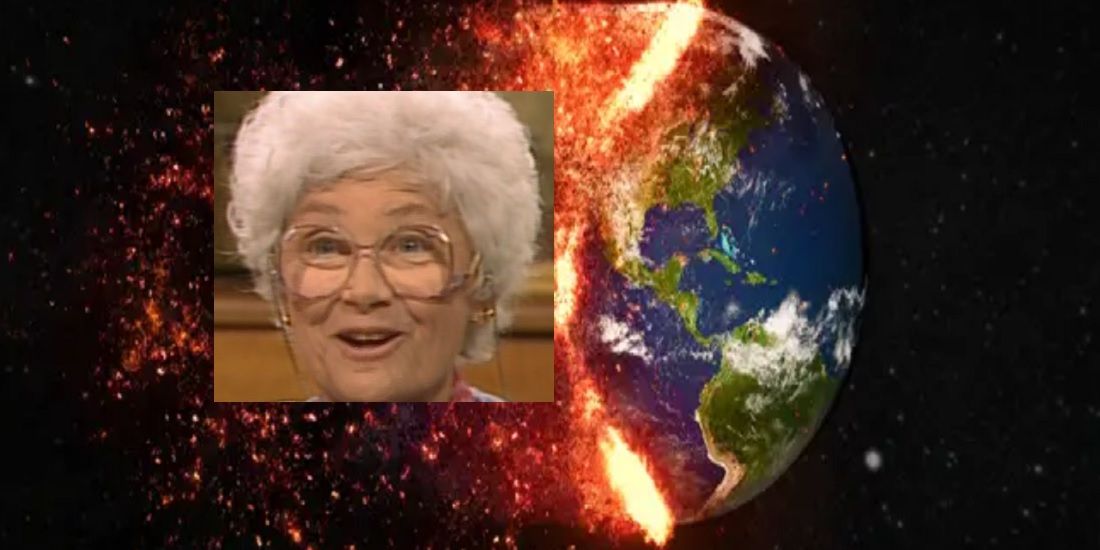 Everybody knows we live on a troubled planet. You don't need me to recite all ten major issues. And by ten, I probably mean closer to 100. We all know what's up. You know who else knows what's up? Sophia Petrillo. This woman is a godsend. She can service both sides of any proverbial aisle with her unique storytelling capability to blend a sympathetic ear with utterly acerbic wit.

Any Golden Girls visual novel would need a heroine, and Sophia's the only realistic choice. By simultaneously expressing herself as an empathetic old lady and someone who will say whatever is on her mind no matter the consequences, Sophia embodies the visual novel protagonist. Her constant curiosity would see every route to its end, especially the one where she gets to make fun of Dorothy's wardrobe. That's one of the best routes of all.

4 Not Just Waifus, But Husbandos, Too 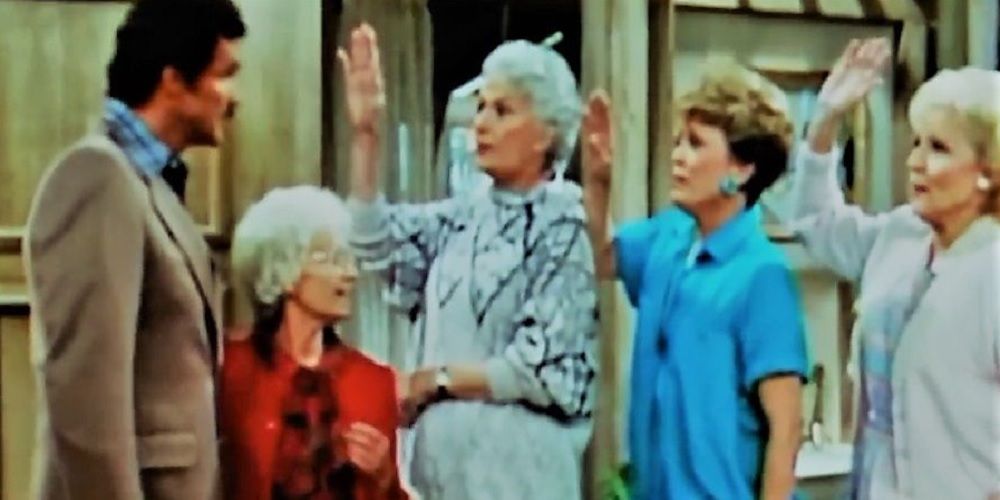 It would be a mistake to assume that, just because a Golden Girls visual novel would star four women, there would only be waifus among the romance options. To be sure, these are all total winners. The player would be encouraged to explore potential happily-ever-afters with each of them in turn, especially if Rose's oblivious cuteness is especially up their alley or the more overtly sexual Blanche is far too tempting to decline.

What most people don't realize is that this game wouldn't just be for folks whose romantic leanings are fully womanly. The Golden Girls was one of television's top-rated sitcoms of all time. This show played host to so many memorable guest stars, including sexy-nursed-turned-Dark-Knight George Clooney, gentleman superstar Burt Reynolds, and — for those of you who prefer Final Fantasy 15's Ignis over Gladio and the rest of the gang — the supremely intelligent Alex Trebek. You really can't go wrong.

3 Disney Can Canonize It 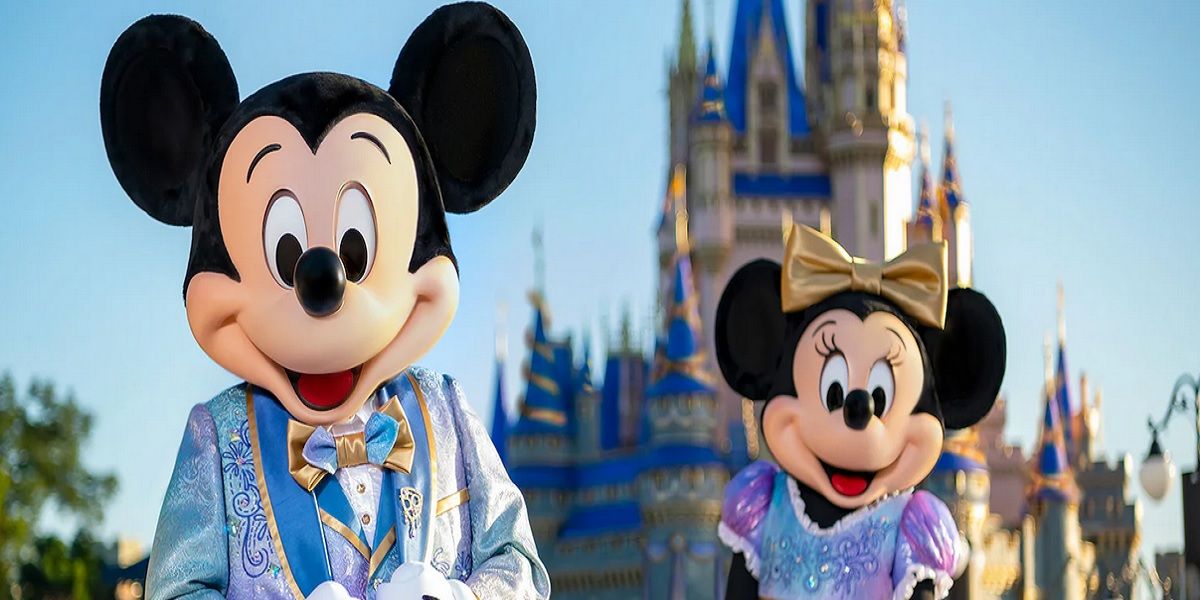 Disney is the world's biggest entertainment company. Executives from the House of Mouse are always on the lookout for audience engagement opportunities, which is why they've let Tetsuya Nomura do whatever he wants with Kingdom Hearts, because they know it's good business to make people angry on social media every year.

Nowadays, Disney owns many of the hottest intellectual properties that have ever been propertied intellectually, like Marvel and Star Wars. Everybody knows Bea Arthur was in the Star Wars Holiday Special. It's a point of pride that that production holds a robust 2.2 on IMDb, which if you think about it, really isn't that bad, I mean, it's what, halfway to what those people rate the average Star Trek: Discovery episode?

Anyway, a Golden Girls visual novel that canonizes Dorothy Zbornak as an undercover Sith mastermind would basically pay for itself in seconds and go on to sell at least 1,000,000,000,000 copies.

2 Back in St. Olaf, There's a New Golden Girls Game From Spike Chunsoft Every February 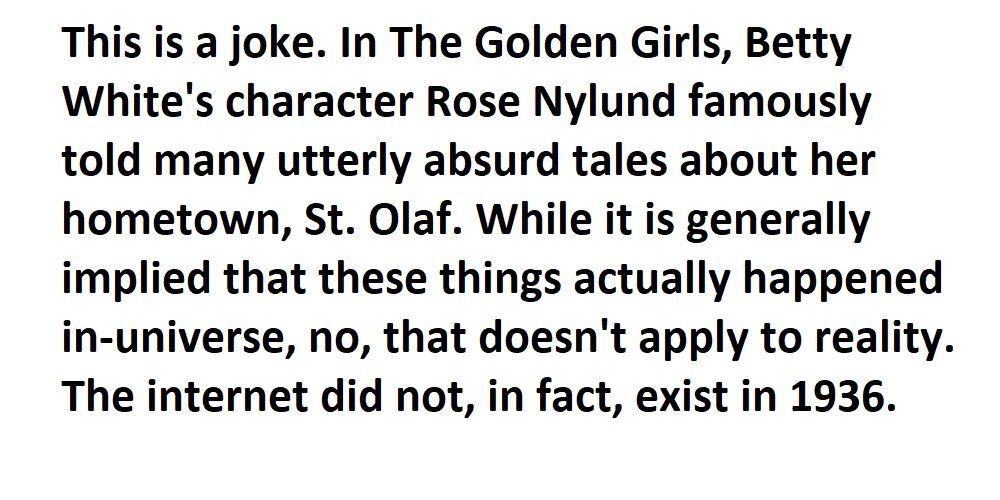 If you read this article's tagline, then you already know this, in which case I apologize for wasting your time. Allow me to make up for it by explaining precisely what goes on at St. Olaf's annual Spike Chunsoft visual novel event, which the locals call Spikey C's House Nylund Day.

You see, what happened was, in 1936 a blizzard blew out all internet service in St. Olaf for over six weeks. This was unheard of! I mean, just the fact that St. Olaf even had internet in 1936, that goes to show how important a town it had become. Without the ability to, you know, upload funny animal videos to TikTok, Clan Nylund, that's Rose's family, they decided to invent video games instead.

Now, Clan Xbox, whose patriarch in those days was one Master Chief Billy Xbox, he didn't like that Clan Nylund beat them to the punch. So, he arranged a competition in which both clans would throw snowballs at each other's pet pigeons until only one set of pigeons remained. Clan Nylund won, so that's why Spike Chunsoft came to St. Olaf and started making visual novels in their honor. 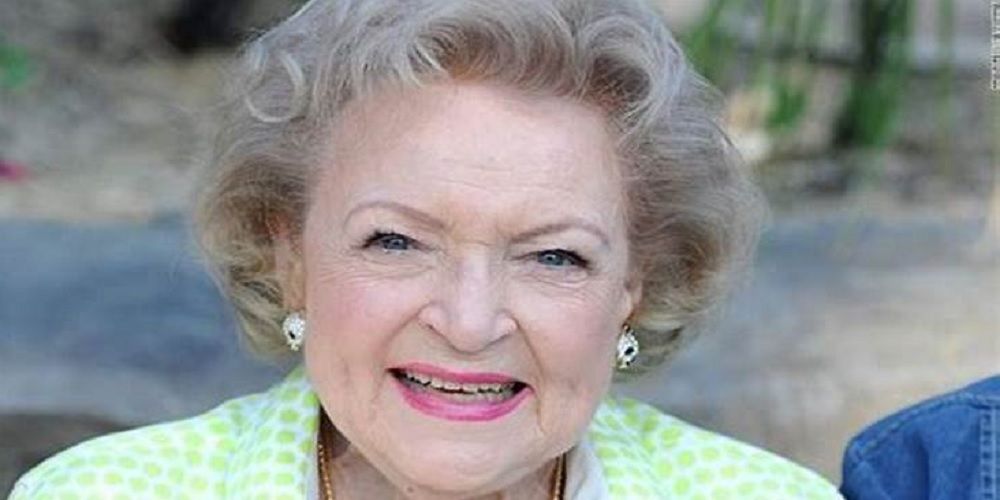 I'll be real here, if there's one legitimate reason for this article to even exist, it's in honor of the one true queen, Betty White herself. As of this writing, she's only been gone for a few months. Earth seems a bit darker, right? It truly does, I'm not even being silly anymore. Which is, perhaps, abrupt and mildly uncomfortable. We'll get past this together.

There are only so many millions of ways to honor Betty White, and I think we can all agree that the best and brightest would be to craft an emotionally powerful visual novel in her honor. Don't you know, Betty White's life was a novel of visuals, she was there at the dawn of TV and kept showing up well into the HD era. She saw it all, from the Great Depression to the greatest joys, and the least we can do is pretend to be half as cool as she is for a few hours.