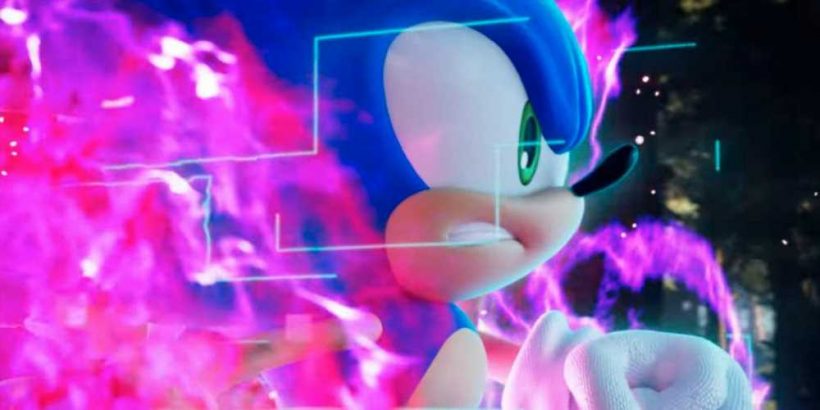 We've been getting to know more about the Blue Blur's powers in his first "open zone" adventure, Sonic Frontiers. The first trailer confirmed that Sonic is still a very fast hedgehog, able to achieve maximum velocity at seemingly the press of a button, and the latest trailer showcases Sonic's offensive capabilities.

Fans will be happy to note that Sonic still largely uses his spin attack to take out baddies, but Sonic Frontiers seems to add a combo system into the mix. Against the enemy that's just a collection of zappy spheres, Sonic begins his assault with a spin attack and then follows it up with a mid-air punch and kick combo. After that, a more powerful spin attack is performed, but it's not enough to take down this apparently tough enemy.

A tornado kick doesn't seem to do the trick, so Sonic unleashes a different attack that fires off projectiles with a rapid series of punches and kicks. This breaks off the enemy's spheres and eventually takes it out.

From last week's trailer, we know that Sonic can "activate" certain objects by drawing a blue ring around them, but it seems he can also create vulnerabilities in his opponents using the same move. Against a flower-like enemy, Sonic was able to remove its protective armor, and against ape-like robots, he can cause them to catapult into the air, making them vulnerable to homing spin attacks.

The final enemy Sonic faces is a towering behemoth with a crown of three spikes that must be destroyed to take it down. Sonic uses the same activating circle to cause its legs to reveal a vulnerable heel, which Sonic can spin attack to make the giant robot immobile. Then by running up the robot’s arms, Sonic can then spin attack one of the three spikes. Once all three spikes are destroyed, the robot explodes in a shower of blue chip items.

Sonic will certainly have more attacks in Sonic Frontiers than ever before, but fans are still unconvinced that Frontiers will be better than some open-world Sonic fan games that already exist. We'll see how Sonic Frontiers stacks up when it arrives later this year.