We’re less than two weeks away from Watch Dogs Legion arriving, but it’ll be another two weeks or so for the next-gen version of the game to arrive. On the plus side, if you buy the game on either the PS4 or the Xbox One you’ll get a free upgrade when the PS5 and Xbox Series X release later in November, although only the Xbox Series X will download it automatically using Smart Delivery.

And when you do get that next-gen console, you can expect 4K graphics, 30fps, and ray tracing. That’s according to Lathieeshe Thillainathan, Live Producer on Watch Dogs Legion.

Thillainathan recently held a Reddit AMA where he answered a wide range of questions on Watch Dogs Legion. Graphics were probably the biggest reveal, although Thillainathan made no mention of how things will go on the Xbox Series S or if Legion will have different performance options such as running at 60fps at a reduced resolution.

Besides the graphics side of Legion, Thillainathan had lots to say about what to expect from the game on day one, such as the first live event to arrive in Legion’s Online Mode. Drones have gone rogue and are running amok in London, and it’ll be up to the many players to put a stop to them. Although you’ll be able to use your knowledge from the game’s single-player campaign, Online Mode is a dedicated sandbox that has players “start fresh” for online-specific content.

Year one’s season pass will include four hero characters and standalone stories, including DLC for Aiden and Wrench. You’ll have to pay for the season pass, but there will also be loads of free content, including downloadable story missions, free characters to recruit, and free abilities to find, “plus there are more surprises planned.” 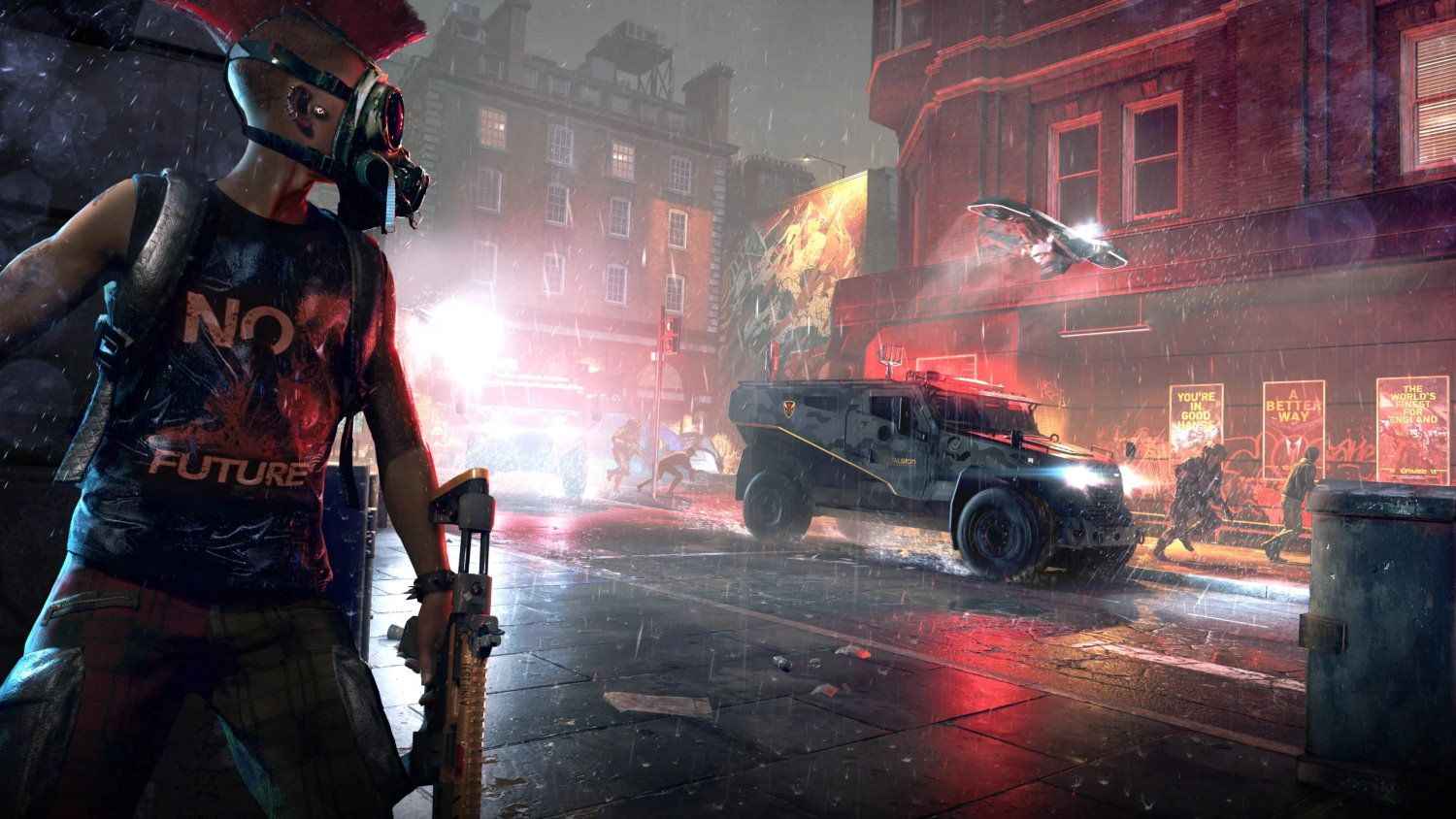 Crossplay is planned for Legion later in year one, while the PC version will include an Ironman Mode with permadeath.

Watch Dogs Legion arrives on October 29th, but it might get a very unofficial early release if a certain hacker group doesn’t have their demands met. Hackers broke into Ubisoft’s network last week and reportedly stole Watch Dogs Legions’ source code. Ubisoft has yet to acknowledge either the hack or the irony.