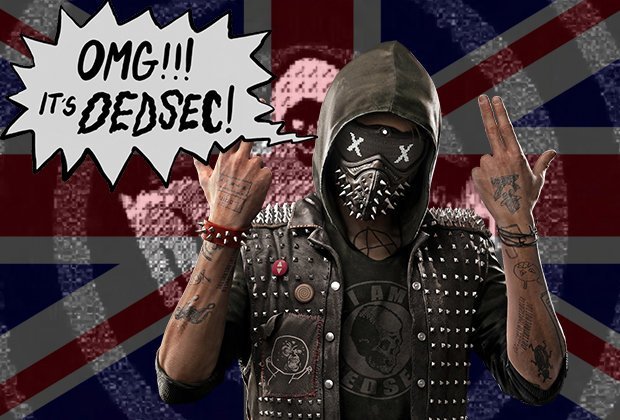 At this point, Watch Dogs 3 is one of gaming’s worst kept secrets.

Not only has Ubisoft actively teased a follow-up to 2016’s Watch Dogs 2 in a bonus cutscene at the end of the game, but since then we’ve seen various rumours, leaks and industry insiders reveal that it is happening, and it is set in the UK.

In March, there were rumours that Watch Dogs 3 would land on British shores after both a 4chan leak and a comment from industry sleuth Jason Schreier pointed to the (soon to be ex) EU state as the setting for the newest entry in the series.

This week, another leak (care of reddit) reveals even more information about what we might be seeing in the UK’s version of the hacking game – and you should strap yourselves in, because it sounds impressive.

The image that was leaked seemed to include a leak that was taken from a mobile phone, though from where we’re not entirely sure. It seems to be some sort of forum but that hasn’t been revealed by the reddit source.

The leak suggests that Watch Dogs 3 will be set in London (reaffirming what we’ve already heard elsewhere), and it’ll take a more ‘near-future’ vision of the country on-board. So, post-Brexit?

Apparently, our protagonist is Sarah: a half-Asian, half-British woman working for an anti-terrorist organisation in the capital.

She’s reportedly tasked with taking down a hacker organisation (DedSec?) from the inside, and must infiltrate them to do so. Because it’s London, you’re not allowed to use lethal force, and guns won’t be a staple of gameplay – think more non-lethal options instead.

Watch Dogs 2’s parkour return – albeit improved – and players will be able to navigate the city via a skateboard and spread graffiti in the city, too. Taking a leaf out of GTA’s book, perhaps? Sounds like it!

Side quest content includes narcing on drug dens and doing other kinds of drug busts, too (Sarah has a personal stake in that one).

obviously, this is all hearsay right now and nothing has been confirmed by Ubisoft. Just wait until E3, we have a feeling all will be revealed there.

These new rumours agree with previous leaks we reported on back in March.

“The first entry had you playing as the incredibly moody Aiden Pearce. The second – and the far better – entry had you in control of Marcus Holloway, a far more entertaining character. So it will be good to see a bit more player representation in the game,” we wrote, after it was suggested you could play as either male or female characters. That could still happen.

“This time the weapons will be smaller firearms with a larger focus on knives apparently. This, of course, is completely understandable given the new setting, weapons just aren’t as freely available over here because we have sensible gun laws.” Once again, this makes sense with the teased, upcoming information.

We’ll update you as we hear more news.