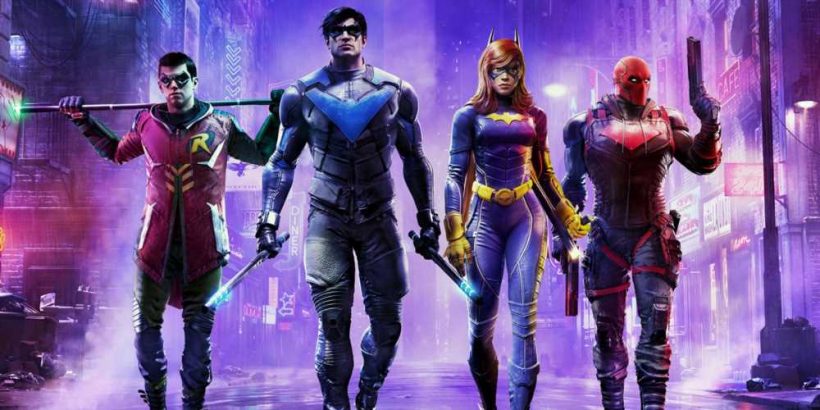 It looks like Warner Bros. Montreal, the developers behind Batman: Arkham Origins and Gotham Knights, has already entered production on its next game, which many are speculating is another title in the DC universe.

As spotted by Twitter user Jsig212James and shared on the GamingLeaksAndRumours subreddit, Warner Bros. Montreal employee Bryan Theberge shared on his LinkedIn that work has begun on an "unannounced project". According to the LinkedIn post, Theberge will be acting as senior producer, which was his also his role on Gotham Knights.

It's been rumoured for some time that Warner Bros. Montreal was working on more than just Gotham Knights, but the post from Theberge suggests that full production only began this month. That could just be indicative of his role as senior producer only having just begun, but it seems that the studio has been in pre-production on another title for some time.

In fact, as reported by VGC, an employee CV that was shared back in November last year reveals that another project has seemingly been in the works at the studio for some time. A post from one of the studio's senior artists mentions that they, "co-designed features, core gameplay pillars and co-founded the project with the creative director”.

As for what game Warner Bros. Montreal is working on, there aren't any details in either of the LinkedIn posts that have been shared so far, as it's only referred to as an "unannounced project". Considering the studio has only ever developed DC games, it seems likely that will continue to be the case moving forward.

It's worth noting that recent changes made to the DC universe could shake up how things are being done. James Gunn and Peter Safran recently took over to run the DCEU, with Gunn later confirming that games were going to connect to film and animation projects. With this in mind, it'll be interesting to see if Warner Bros. Montreal's next project ties into Gunn's plans for the extended universe or not.