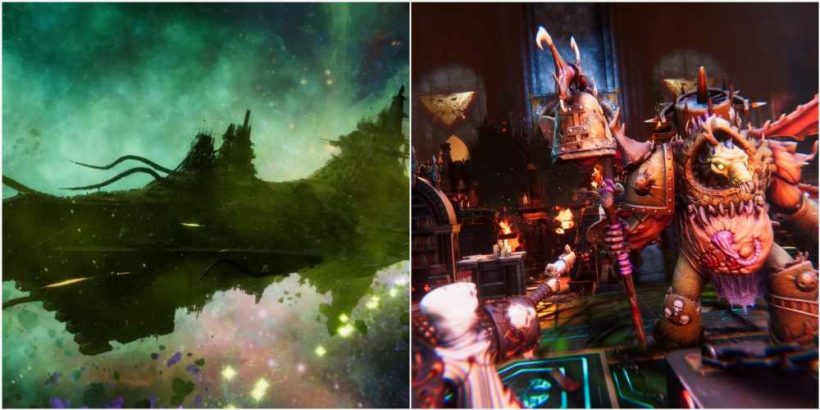 Kadex is a consistent pain in the backside. He appeared at Usa'rya, brought a near-endless horde of Plague Marines, and likely whooped you multiple times before you tasted victory. Whenever Kadex appears, Warhammer 40,000: Chaos Gate – Daemonhunters' difficulty begins to spike. Sure enough, the second time you bump into Kadex, things get tricky.

The Baleful Edict is breached when a Plague Cruiser barrels straight into the side of your ship. Kadex and a kill team of Blightlords and Plague Marines breach the Libris and attempt to assassinate Vakir and burn the Codex Toxicus. This battle starts unfair and very slowly tips the balance in your favor as time passes. You need to plan well ahead if you want to come out on top.

How To Trigger Kadex’s Assault 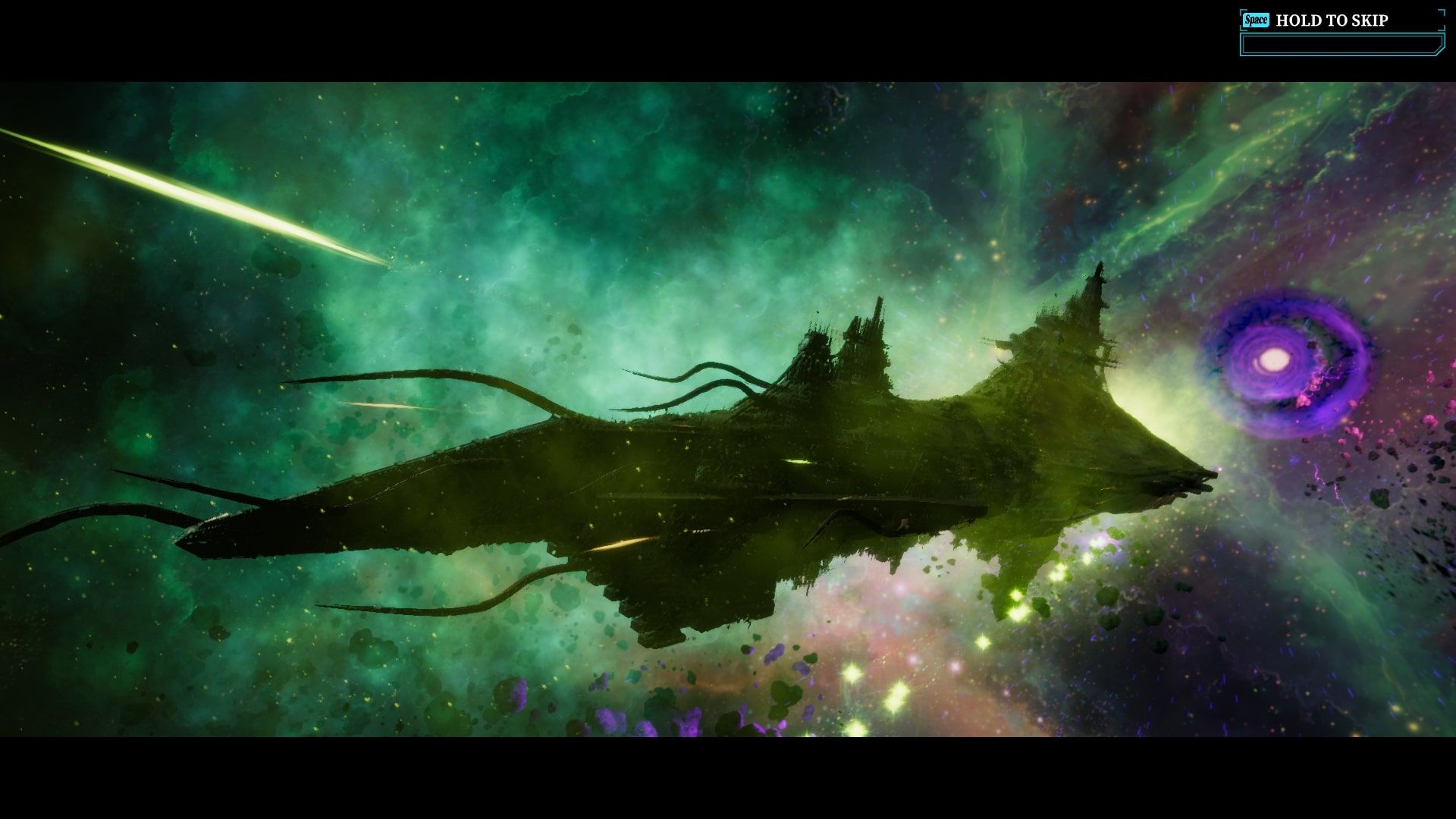 Kadex will only attack once you have defeated three Reapers. It doesn’t matter which three – just so long as three are dead. A short time will pass, and then you will be unavoidably assailed by his forces and the mission begins. Be sure to set any Stratagems long before Kadex appears, because you’ll need them, and you won’t get a chance once this sequence starts. 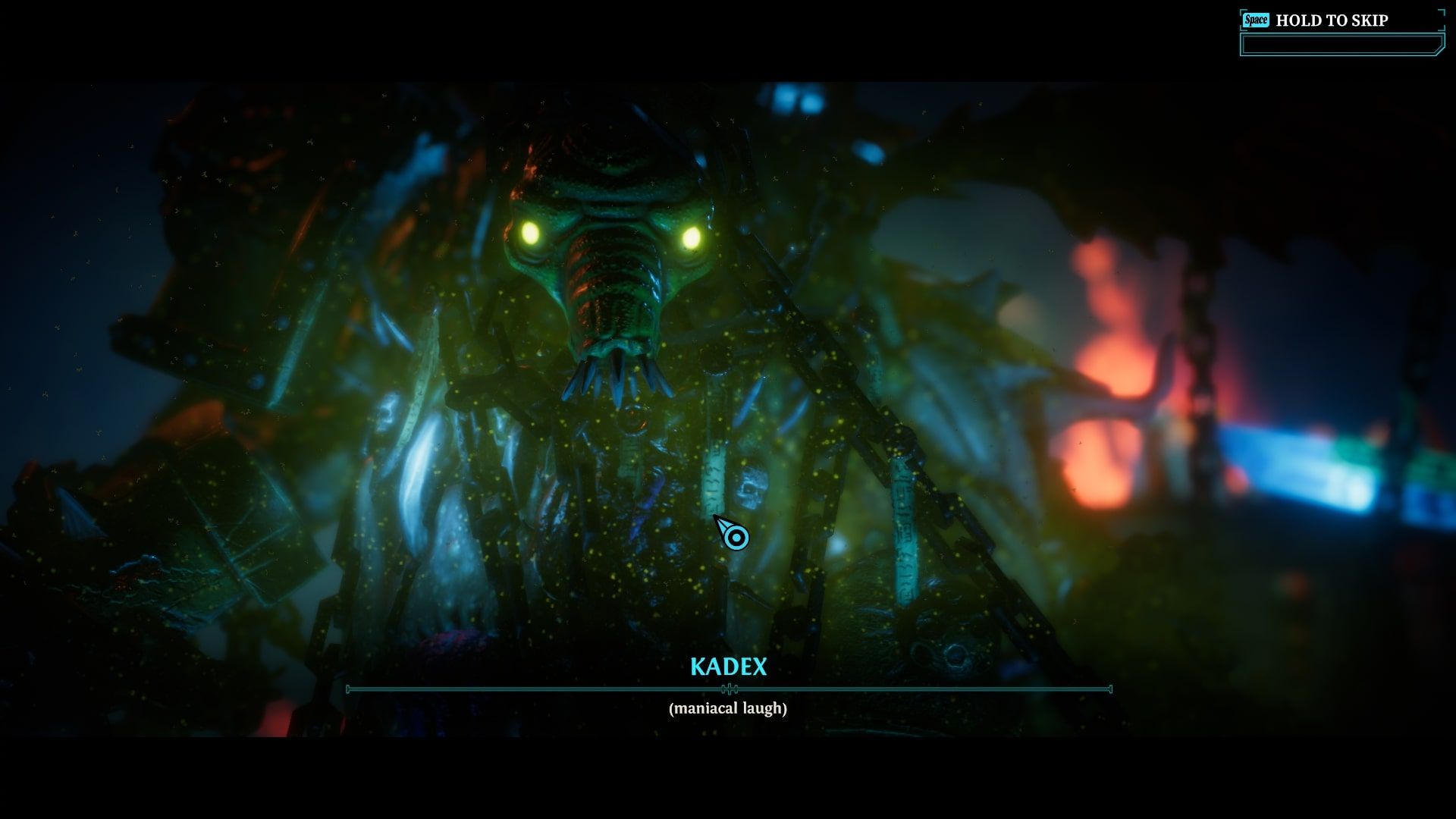 Kadex is a tanky chap. He has a lot of HP, but it isn’t supported with any armor, making any chip damage stick. His movement is pitiful, but this is mitigated by his abilities. Bear this in mind when attacking Kadex, as you can seriously hamper his mobility if you disable his ability to fly. 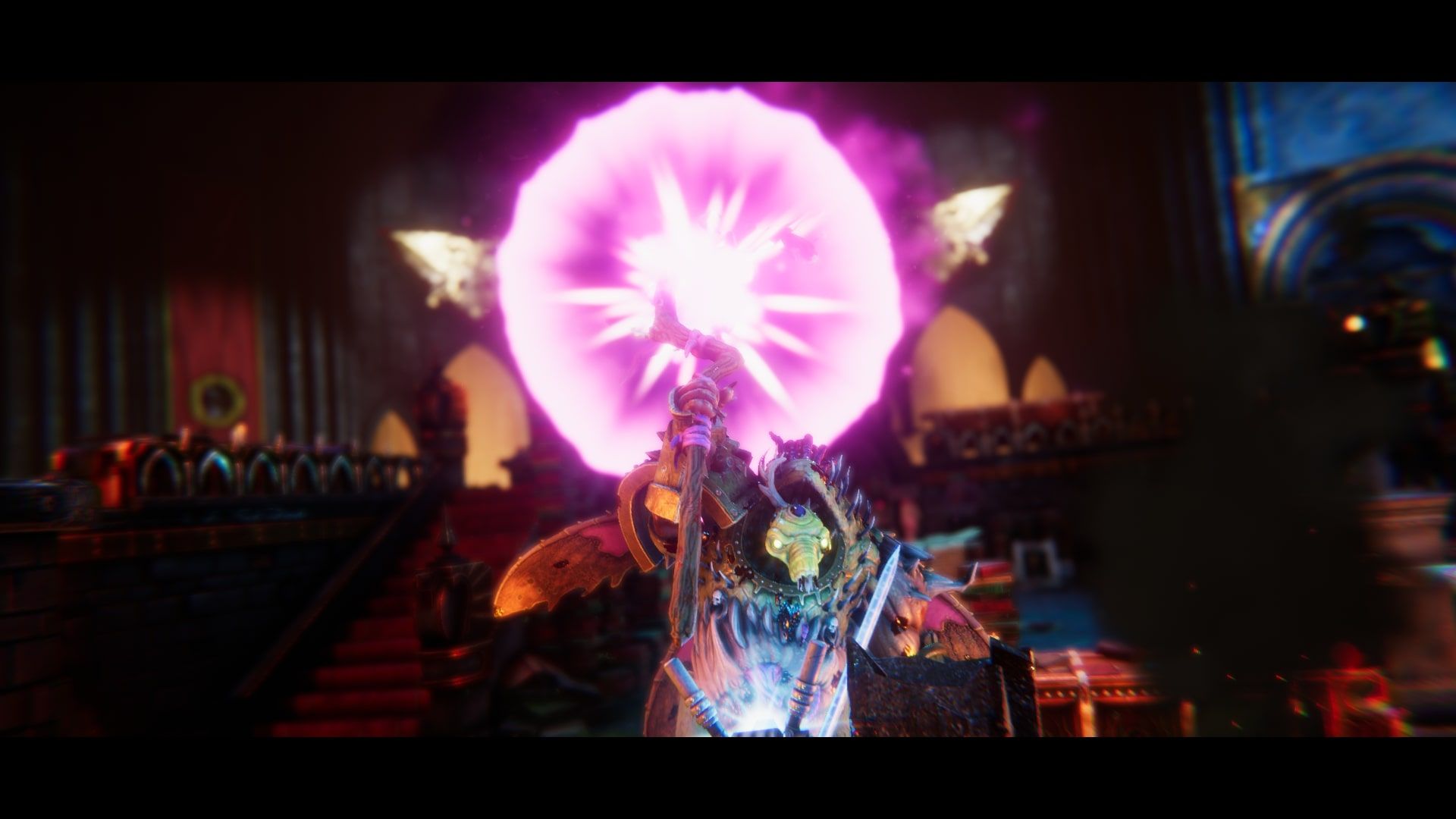 Kadex is more of an annoyance than an actual threat – especially if you stay away from him. He will always burn AP moving towards you, and then when he attacks, he will typically fire his Bell Staff. This is a pain if he hits a character who is relying on ranged damage, so try and keep them behind Knights who are melee-focused.

Other than this, the only thing to be concerned about is Cursed Bond. This attack will delay any offensive you might be planning as you will very quickly kill your ally if you attempt to attack Kadex whilst this is active. Just stay back, and wait it out.

Malignant Evolution is painful, but much preferred over Bell Staff. This attack deals less damage, and whilst Hobbled will reduce your Movement Speed significantly, you won’t have to deal with Blind. You can bypass the Hobbled affliction with teleports and Gate Of Infinity. 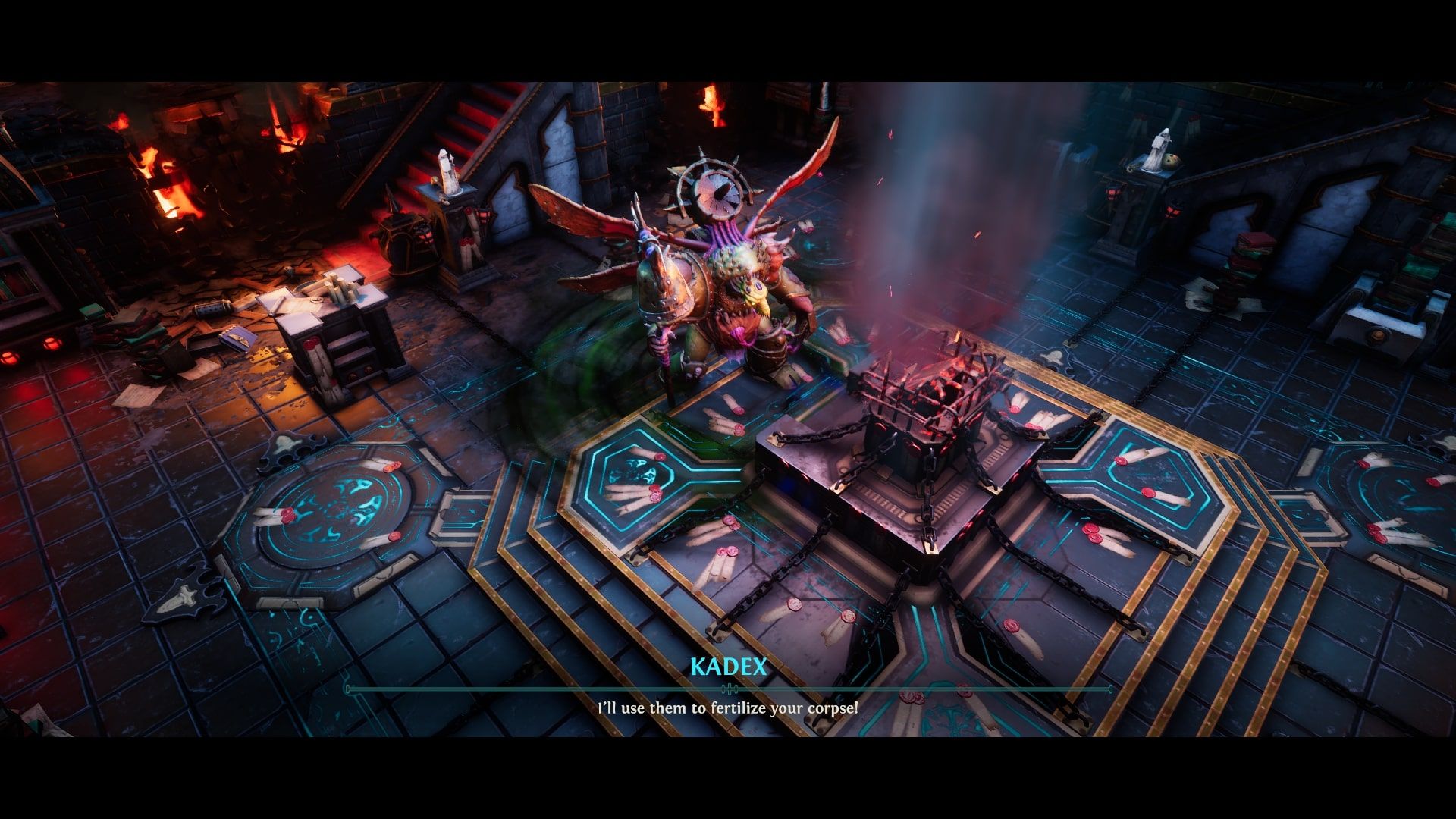 Kadex’s passives are interesting. His Immunity is not that good. He is vulnerable to Vulnerable, Bleed, Burn, Crazed and Enraged. These can all be taken advantage of. Provoke will allow one character, like a Justicar or Chaplain, to tank for your team, whilst Vakir can apply Crazed. This will have Kadex attacking his team, which is very much preferred.

Cloud Of Flies is much more effective, unfortunately. The -2 damage effect, possibly in conjunction with Blind, will end any ranged plans you have when it comes to taking down Kadex. This more than likely needs to be destroyed with a melee Critical Hit. 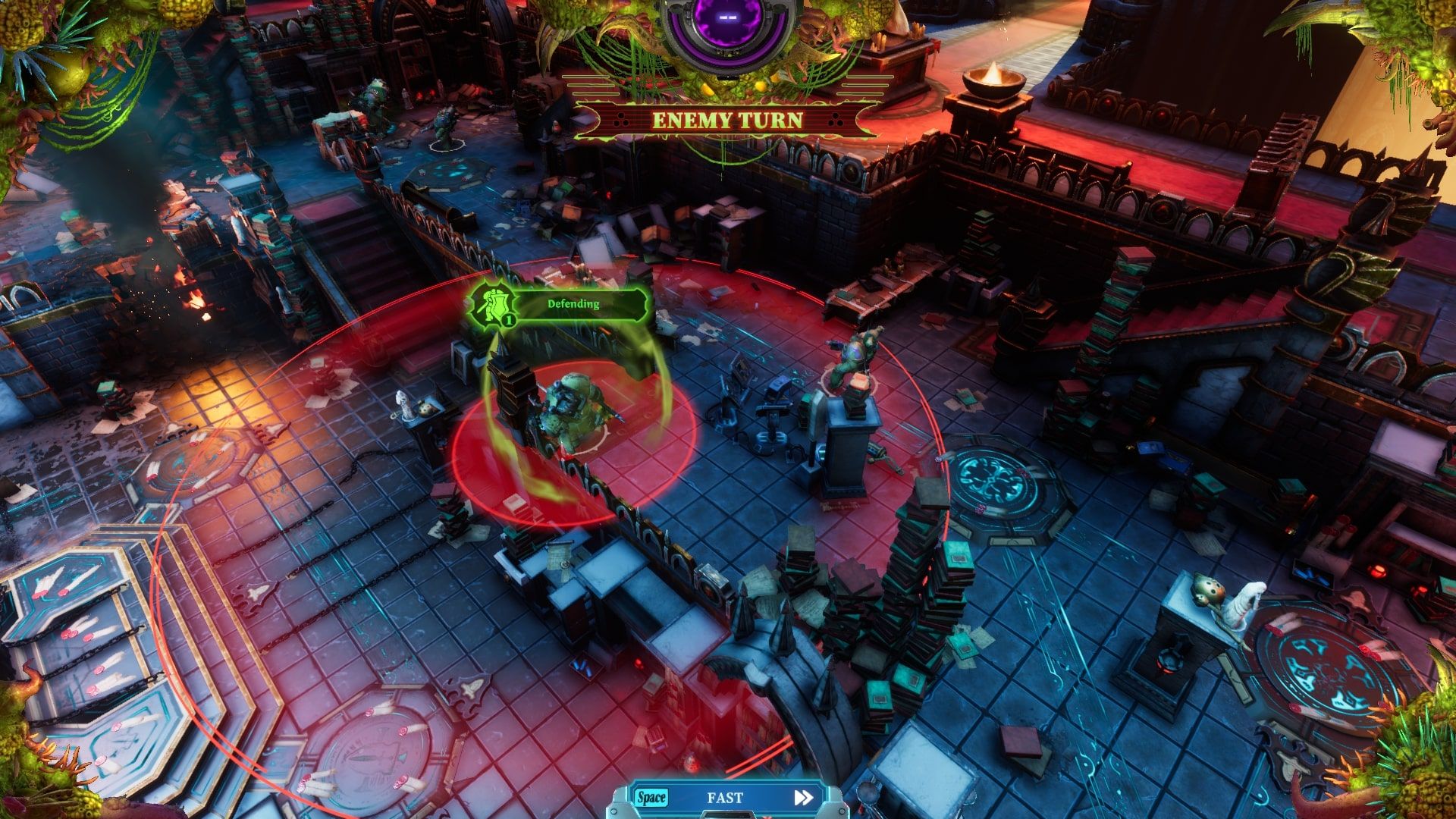 This auto is a pain to deal with. This is why Kadex is so hard to kill since actually dealing damage to him is dependent on RNG. You will have to deal with this ability if you want to Defeat Kadex – there is no getting around it. You just have to roll the dice. 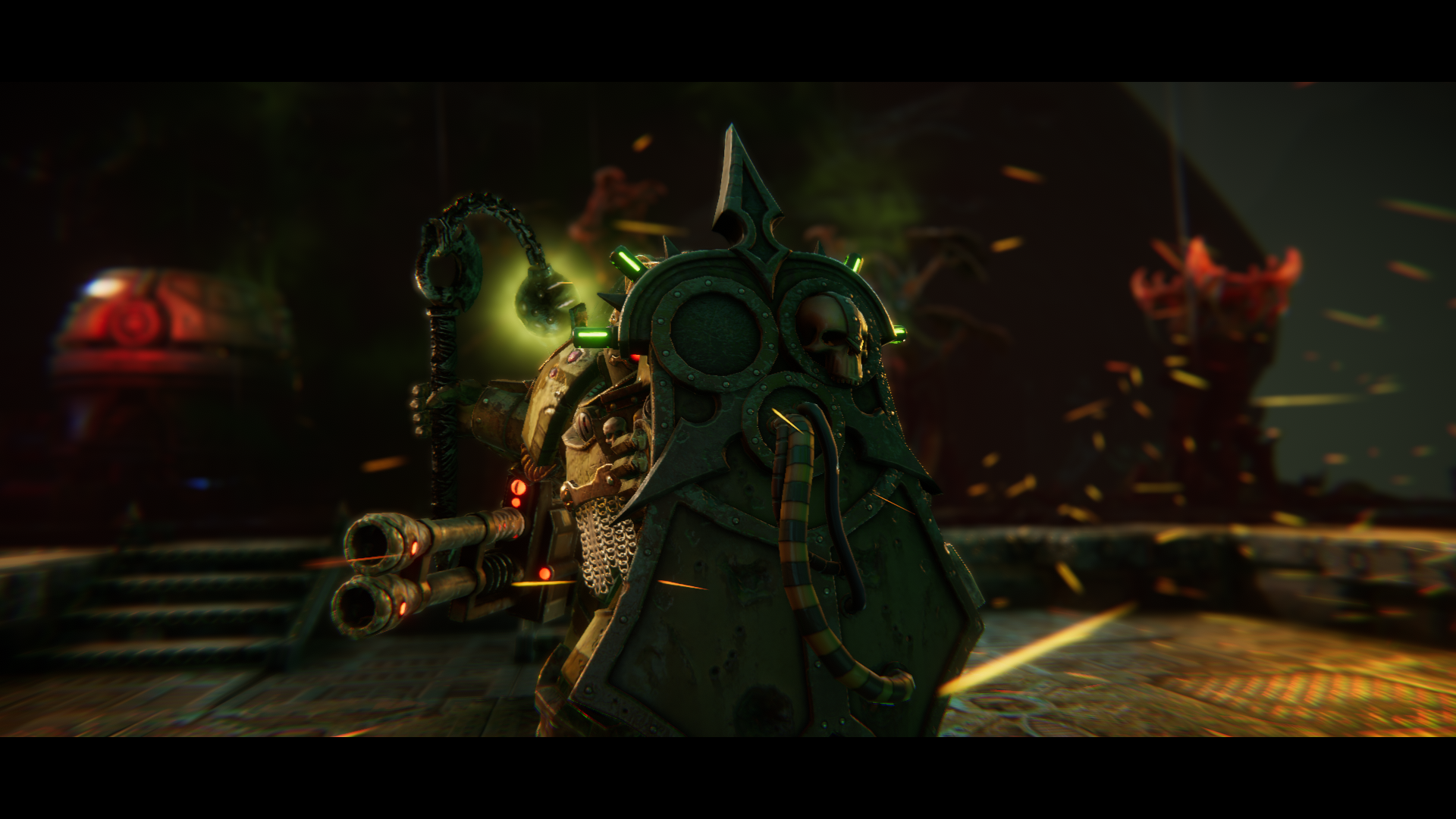 Kadex, unlike the Reapers you have been fighting, is a complete and utter coward. He does not fight fair, he relies on his troops more than on his Daemonic power, and he is more than happy to bring more in when things start looking rough.

Kadex comes with three Plague Marines and three Blightlord Terminators. Their loadouts are mixed, with bolters, autocannons, spewers, and shields all making an appearance. This assault force is larger than your standard Patrol, and you only have Inquisitor Vakir to deal with them.

Even if you are comfortable killing these enemies, you don’t want to tackle such a durable force head-on with a human Inquisitor, that’s for sure. 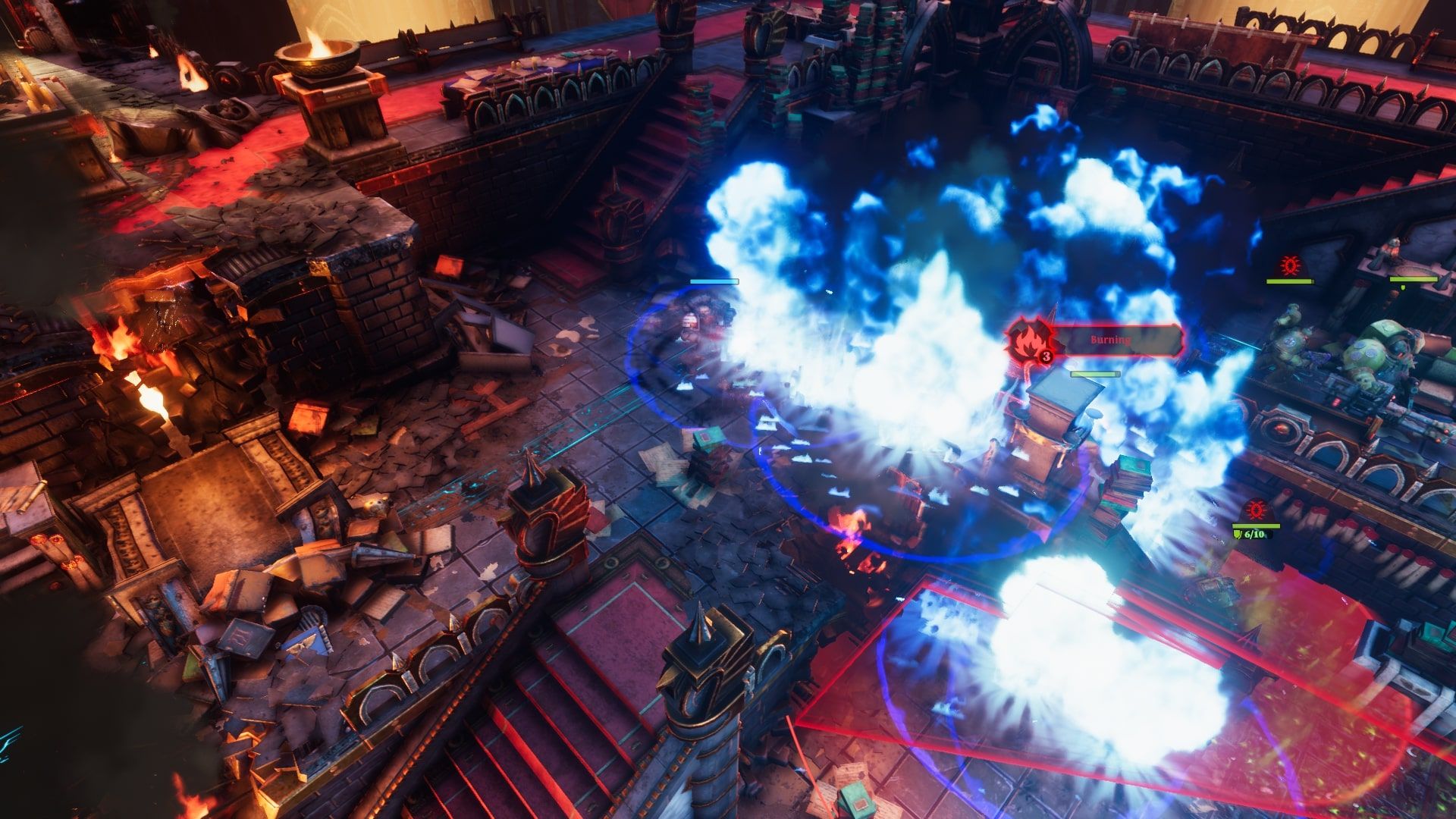 You can’t prepare for this battle. That’s because of one sneaky trick that shatters almost every plan you may have laid. Firstly, you only have Vakir in this fight – at first. She can’t kill Kadex alone, and she barely has the damage output to down a Blightlord. She isn’t going to cut it.

Thankfully, Grey Knights will appear from one of the four doorways every turn for the next four turns. There’s a catch, however. The Knights that appear are random, and the door they enter from is equally as random. The chances of your A-Team making an appearance is very low, which means you are probably going to get a bunch of Knights wandering in with a bare-bones kit.

Thankfully, provided you have been recruiting high-level Knights, any Knight you get should at the very least have some useful abilities. Regardless, your forces are going to trickle in, they are unlikely to be combat-ready, and you need to kill Kadex (and only Kadex) to win.

The only way you can prepare for this fight is by equipping Stratagems that will help out and having them on hand will make this fight much easier.

The tried and tested Stratagems that can get you out of just about any bind. If you have access to more slots, then you can use them to add some flexibility. Perhaps Precision Bombard, Strength Of Spirit, or High Sanctuary.

Gate Of Infinity is the Stratagem that will win you this fight. It might take a while to find the right moment to use it, but once RNG has decided to give you the nod, Gate Of Infinity is there to end this fight. The Stratagem teleports all your Knights to a single location without spending any AP. You can use this to get your entire team in range of Kadex and blitz him.

Inquisitor Vakir, despite not being a Grey Knight, and therefore not falling into the Knight category, will also be teleported.

Quicksilver is an assurance. This will grant one Knight +2AP, and this can be enough to push your damage high enough to kill Kadex in a single turn. 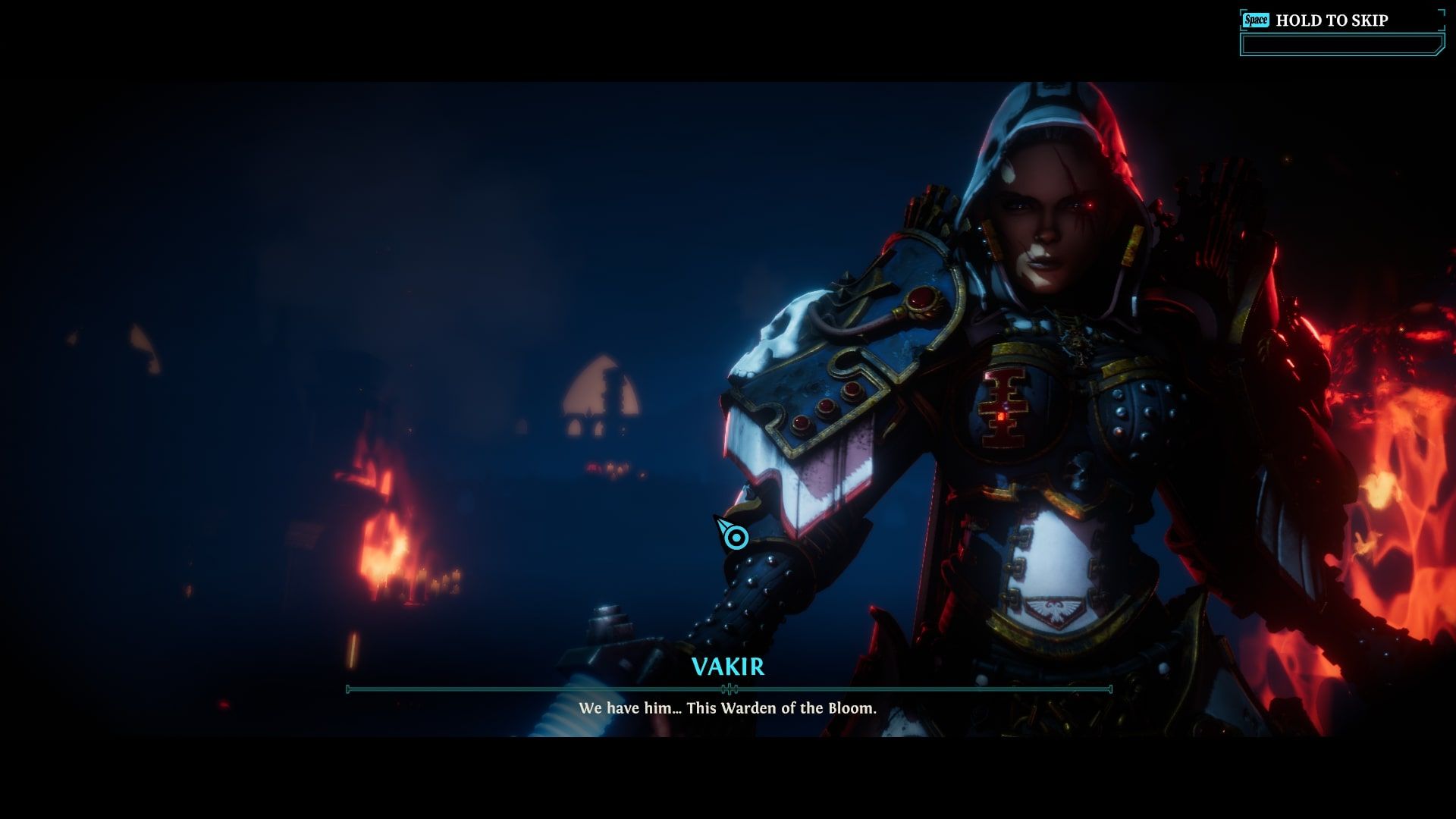 Your battle strategy is going to vary slightly based on which Knights come in to help. Best-case scenario, you get a Justicar with a maxed-out Honor The Chapter skill and maybe a decent melee unit like an Interceptor. If you don’t get the Honor The Chapter Justicar, this fight will be harder – but not impossible.

When the battle starts, you want to run away. Move Vakir directly away from Kadex, making sure to leave 1AP. Use this AP to use Vakir’s Teleport ability and get as far away as you can whilst being in cover – full cover ideally.

This is where you play the waiting game. You can’t fight Kadex without a full team, since Kadex has too many allies, and his damage is pretty high. Kadex and his cronies will move to attack the closest enemy, so try to keep moving. Circle around the upper portion of the Libris.

If you get an opportunity to deal damage to Kadex, take it. Fire a Bolter, throw a grenade – anything. He will teleport away and make clones when you do it, but he still takes damage the first time you hit. Fire a pot shot, then keep moving. Keep Vakir away from combat at all costs. She is very squishy and she will die if she’s focused.

As more Knights stream in, take note of their equipment and abilities. It’s important to get a feel for how much damage you can inflict in a single turn if you went all out. Be sure to check for any damage modifiers when using Force Strike or Psybolt, etc.

Once you have all of your Knights in the Libris, it’s time to take out Kadex. When you can pull off this gambit is entirely up to RNG. Have a Knight shoot Kadex to force him to make clones. From here, it’s a case of hoping you pick the correct clone.

Look for any cluster of Kadex clones, throw a grenade, or use any AOE ability, and hope that one of them is the real one. This could take several turns of trying. Once you find Kadex, ideally in your first attempt, you spring the trap.

Use Gate Of Infinity to teleport your entire squad to Kadex. Activate Quicksilver and any AP boosting abilities you may have – Honor The Chapter is the gold standard here. Apply these buffs to your strongest character. Be aware that Kadex will likely have Cloud Of Flies active, which reduces ranged damage. As a result, AP buffs should be placed on a powerful melee Knight.

If you land a Critical Hit, always take out Cloud Of Flies first. This will allow your ranged Knights, and Vakir, to deal maximum damage.

Kadex has a lot of HP, but you have a full squad and a lot of AP to go around. What’s more, none of it is going to be wasted with movement. Unleash everything you have, starting with melee Knights. The goal is to kill Kadex in a single round of combat, so burn every last WP.

Kadex should go down, even without Honor The Chapter. At base, your Knights should be dealing at least 5 damage a hit, more if you are burning WP. Worst case scenario, you have one Knight with 1AP, two Knights with 3AP, one Knight with 5AP, and Inquisitor Vakir, who has 3AP. This is roughly 70-80 damage worth of AP.

If you have been taking potshots at Kadex throughout this fight, this is enough to defeat him. If you have any bonus AP generation, you will beat him with absolute certainty.

The key to this fight is patience. Wait for your time to strike, and then take him out in a single glorious stroke. With Kadex out of the way, the mission ends. You never need to deal with his allies.