Having the option to stand your Xbox up or lay it on its side has been the standard since forever (2005). There is an entire generation of gamers who have never been limited to one orientation for the Xbox. That has changed with the Series X—sort of.

The next generation of Xbox consoles has a lot to boast about. The Series S, for example, is faster than the PS5—and it’s only $299. Obviously, the Series X is going to be the bigger, stronger cousin of the Series S. It will also feature a disk slot for those of us who still like to buy physical copies of their games. If that weren’t good enough, the Xbox is probably the best value for your money of any console, period.

Of course, there is no such thing as perfect. At least, not immediately. The one major downside (read that with as much sarcasm as possible) is that the stand on the bottom of the Series X can’t be removed. Journalists have been given dummy consoles to look at, report on, and take pictures of. One thing that people tend to ask is, does the circular stand on the bottom of the console come off?

Obviously, the answer is that it does not. However, the offending piece of permanent plastic is barely noticeable if you turn the Series X on its side. A picture from The Verge shows you what you can expect to see if you do decide to orient your Seires X horizontally. 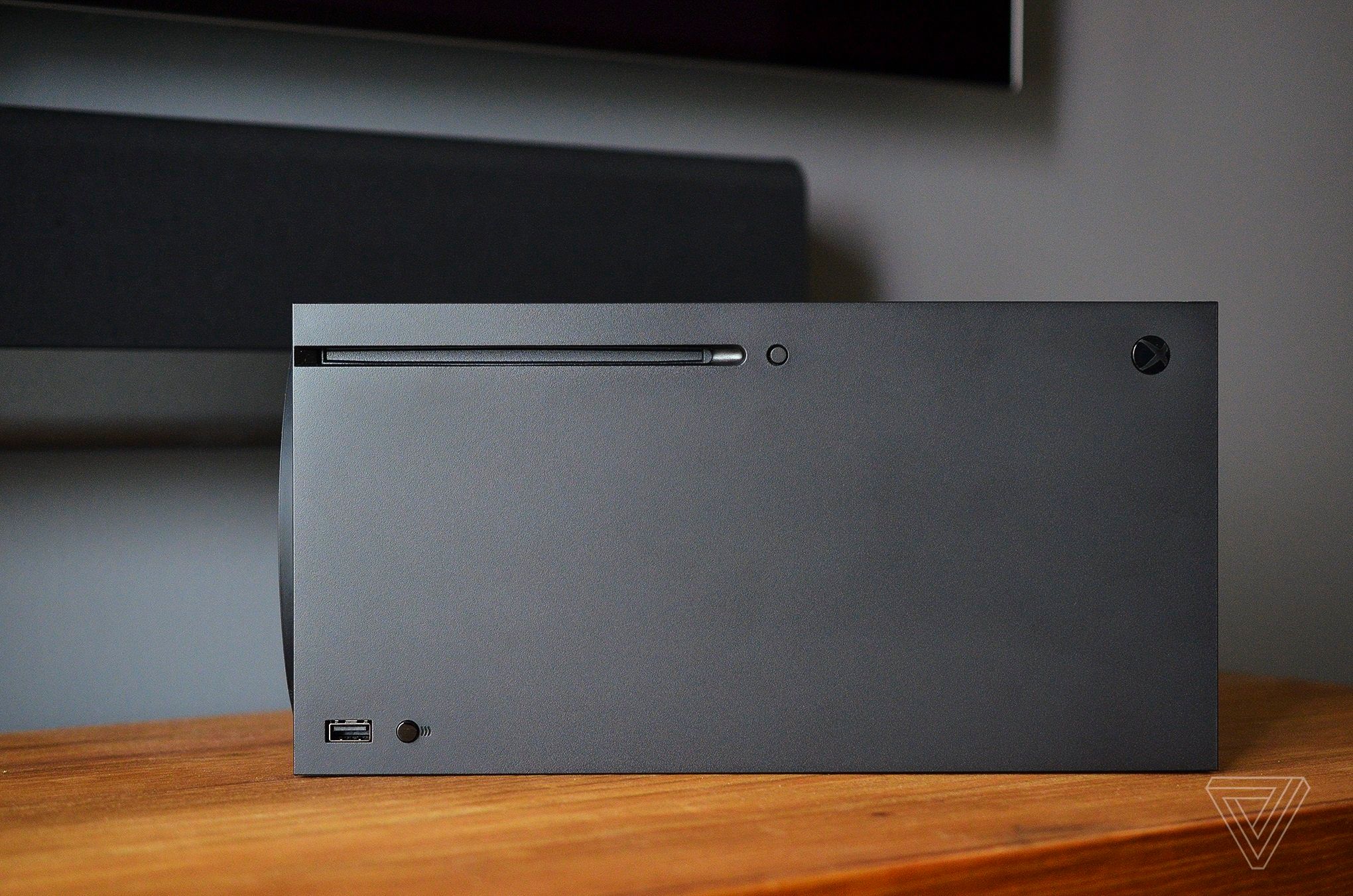 Is it perfectly square? No. Is it obtrusive? Barely—at least in our opinion. Of course, if you have to have straight, clean lines, you could attempt to rip apart your brand new machine—or you could wait for the second generation Series X when the stand will probably be optional.

Either way, the stand should barely hit your radar compared to everything else the Series X has to offer. For $35 a month you can get the console, access to Game Pass, Dolby Vision, ray tracing, and everything else that comes with next-gen consoles. We hope that the permanent stand isn’t a deal-breaker for you, but we aren’t here to live your life for you. The choice is always yours.