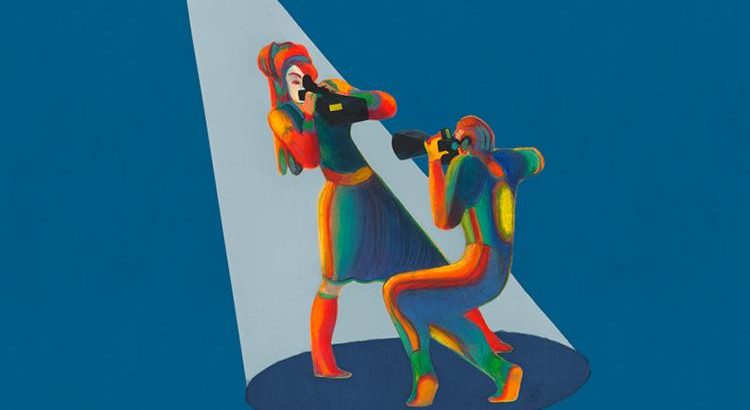 The Venice International Film Festival has returned once again and with it the successful virtual reality (VR) offshoot Venice VR Expanded. Held virtually for the first time in 2020, for 2021 Venice VR Expanded is bigger and more diverse than ever, with a range of immersive works to be enjoyed. Due to the expansive nature of the festival, it can be both daunting and a little confusing as to what’s publically available and what’s behind closed doors. So VRFocus is here to help you get the most out of this exciting event.

As you might expect Venice VR Expanded has plenty going on over the course of its 19-day run, with most of the events being held online but there’s also a physical element to it. Depending on how deep you want to dive into the VR content there’s exclusive access you can pay for, free stuff to peruse as well as content specific to certain platforms like Viveport, Oculus Store and VRChat, told you it wasn’t simple.

Worlds to explore in VRChat

So let’s start with the easy (and free) content that’s readily available. For that, you’ll need the VRChat app which is available for most VR headsets, allowing you to visit a shedload of user-created worlds. Once you’re inside VRChat open up the menu and inside the “Worlds” tab search for “Venice VR Expanded 2021”. Here you’ll find a highly detailed world created by VRrOOm and based on Venice, including the in-real-life VR Island Lazzaretto Vecchio.

Here you’ll be able to freely preview the official selection, seeing behind the curtain. As the hub for Venice VR Expanded, the VRChat portal will also serve as a place to socialise and meet some of the artists. That’s not all as a brand new feature called Venice VRChat Worlds Gallery will provide the core of the free content. Made up of 34 carefully chosen worlds, these showcase the creativity of VRChat artists.

As the Venice International Film Festival is a highly prestigious event, the majority of the VR content is locked behind an accreditation process that’ll set you back €100 EUR if you’re that keen on seeing everything. You’ll gain access to the Venice VR Expanded live performances, daily panels and events like the “Meet the Creator sessions” and, of course, the official selection of 37 works split across the Oculus and Viveport stores.

Each has its own selection in “In Competition” and “Out of Competition” titles. Viveport has the most with 24 works available, 17 of which are full 6DoF projects while the rest are 360-degree films. Some of these you might already know as the “Out of Competition” selection features Wraith: The Oblivion – Afterlife, Sam & Max: This Time it’s Virtual! and Maskmaker. So you’re definitely getting a fair bit of content for that outlay.

Slightly bucking this trend is Anagram’s Goliath which is part of the Oculus selection. A 25 minute animated VR experience about schizophrenia, gaming and connection, Goliath already appears on the “coming soon” section of the Oculus Store, dated 9th September.

The pandemic has forced most events to either cancel or look towards ways of going online, hence why Venice VR Expanded emerged in the first place. But in previous years the Venice festival has not only held an event in the famous city but also at satellite locations around the world, usually at cultural centres.

It’s at these venues where the Venice VR Expanded programme can be accessed by the general public who don’t have a VR headset or aren’t interested in the whole accreditation thing. Most of these locations are based in Europe although a couple does appear in North America, China and Russia. You’ll find the full list here.

Venice VR Expanded might not exactly be readily accessible to everyone but it’s getting a lot better, and the current programme highlights that fact. As VRFocus works through the array of content we’ll let you know our thoughts.