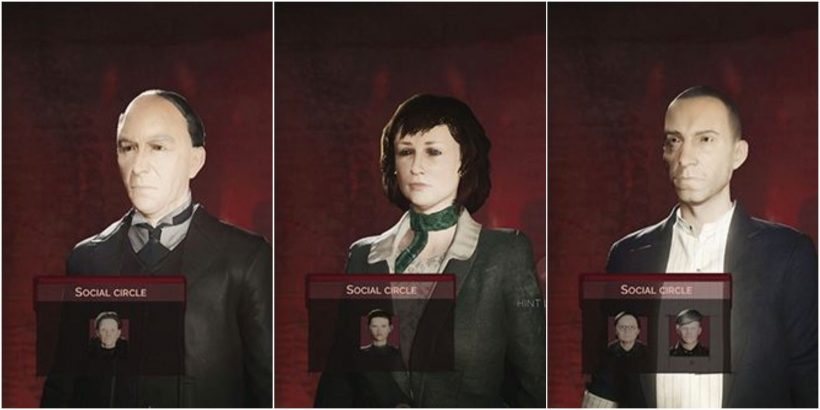 Vampyr is an interesting game, putting you in the role of a doctor famed for his blood transfusion techniques, while also managing your rather ironic bloodlust from being a vampire. It's a fascinating combination, equal parts as horrifying as it is hilarious, and so it is core to the experience of Vampyr to invest in the people around you.

Central to Vampyr are social circles, groups of people who all interact with each other. Removing one will affect others and so on. Some are smaller things like flavor text and dialogue, while some are even world-altering to a degree. But important in this world is the idea that perhaps, some of the people are bad, and you would be better off without them. We take a look at the consequences of choosing to embrace these different characters. Spoilers lay ahead. 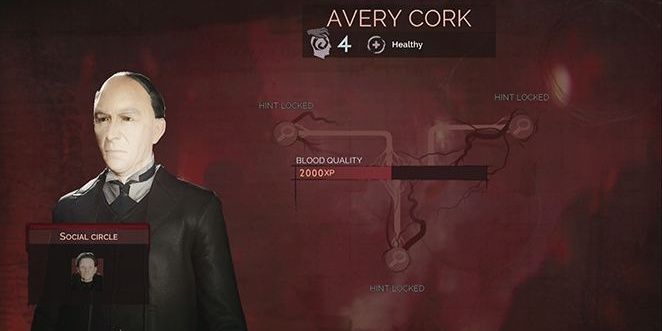 Upon reaching the West End by the end of the game, Jonathan Reid can finally return to his family home, albeit down a member since the last time he was home. Residing now in the oversized home are the family butler, Avery Cork, and your grief-stricken and disoriented mother, convinced that her family is still whole and with her.

In truth, there's no justification for killing either member of your remaining family. Your mother is a sad shambles barely holding on, and Avery is simply trying to keep your family tied together. But should you still choose to embrace Cork, the next time you visit the West End, the Reid family home will be in ruins, and your mother missing, now a roaming skal summoning apparitions of her dead children. 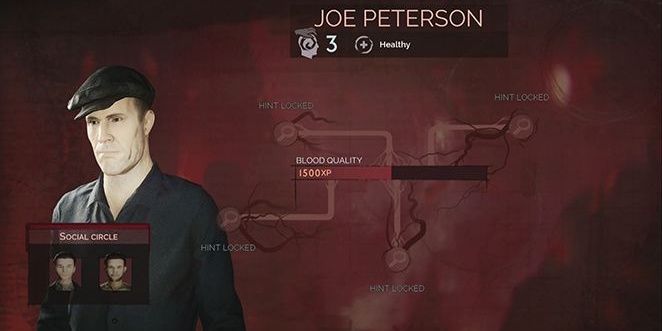 Whitechapel is a home to a great variety of people, most of which are those thrown to the waysides by upper-class society in fear of ever having to look the poverty of London in the eye, and as such a gang known as the Wet Boot Boys have taken over. A central showcase of this is Joe Peterson, a debt collector, his son Harry, and his friend Barret Lewis.

See, Joe has fears that his son's actual father is Barret, but he still loves Harry like his own. Barret promises to look after Harry if Joe ever died, so some may choose to remove Joe from the equation. However, if you do, Barret refuses to hold up his end, and Harry goes missing. You can find him later with a gun to his head, and if you manage to stop him, he goes homeless and starts begging. 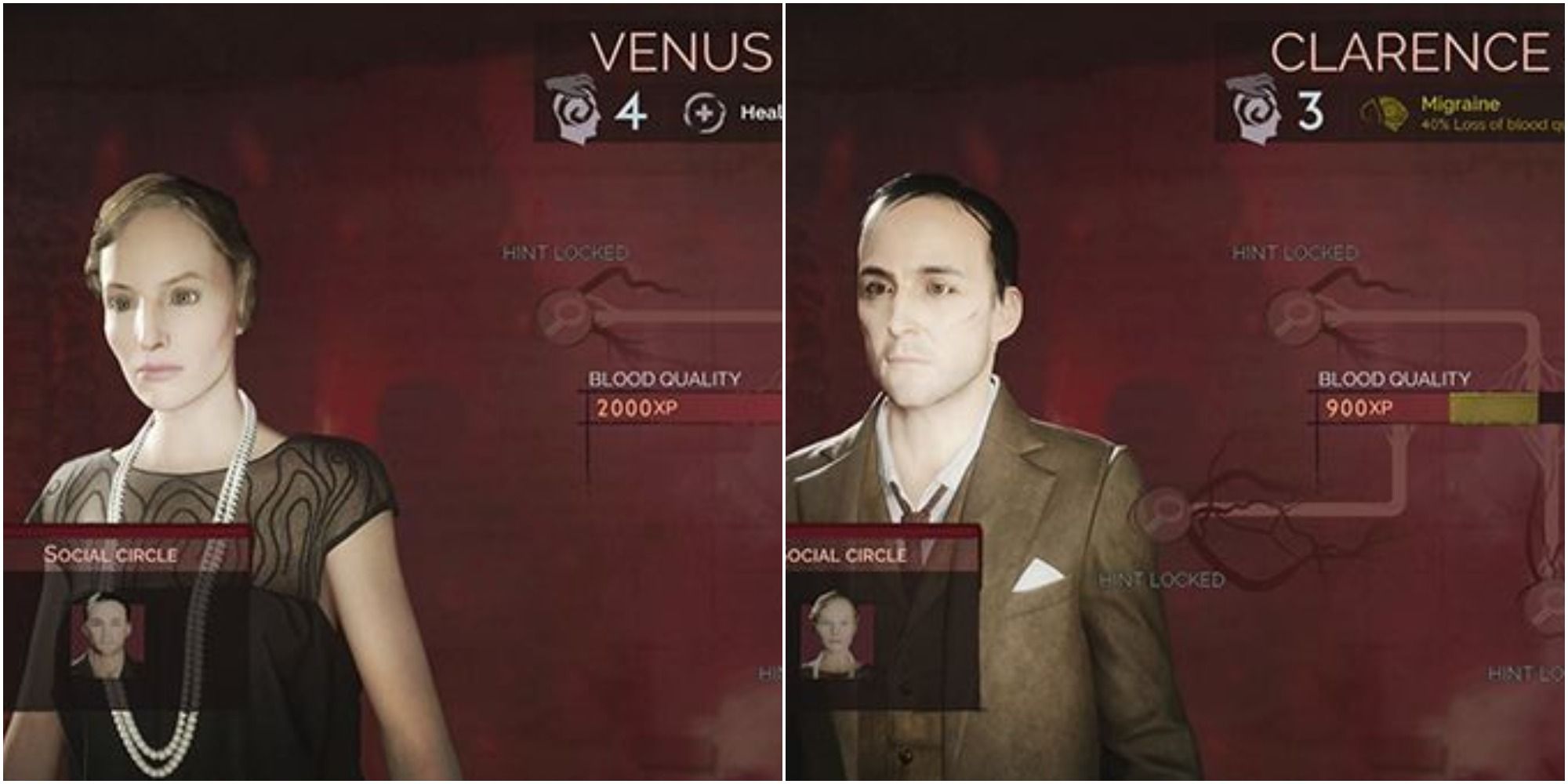 Also in the West End are Clarence and Venus Crossley, old friends of Reid. Clarence served in the army with Reid, although they have not seen each other in the years since. However, you learn that Clarence has become obsessed with vampires and asks you of all people to put up warning posters. His wife is even trying to slowly poison, him since he won't end his obsession.

There's reason to embrace both. If you oppose Venus' poisoning and end her for it, Clarence will lock himself inside his home and accuse you of killing her, which you can admit. He'll even refuse treatment from you. But if you kill Clarence after putting up his posters, Venus will finally believe him and join Priwen to fight the vampire scourge, becoming a unique enemy.

6 The Fishburn's and Rufus Kingsberry 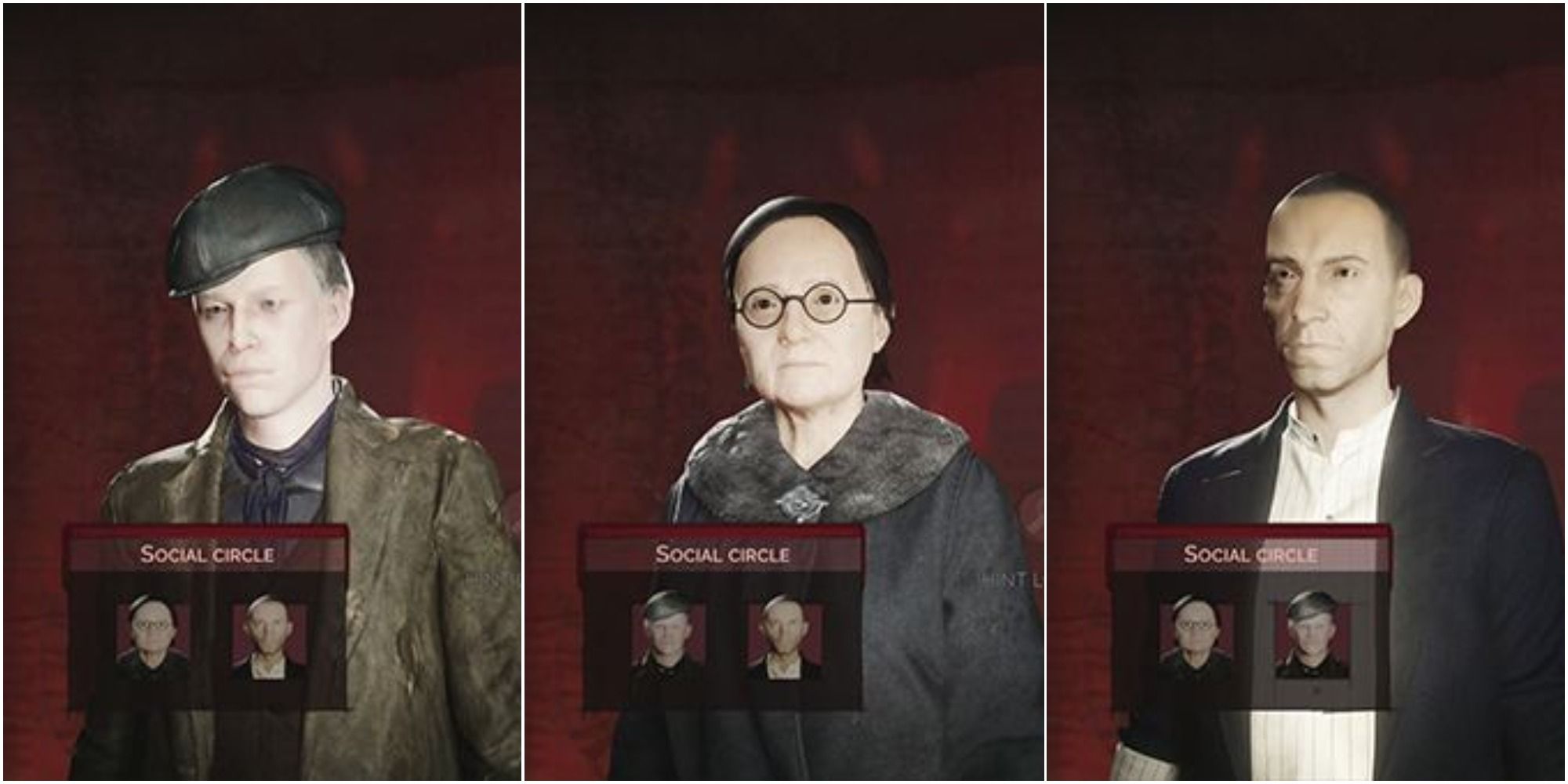 The Docks house some of the most disenfranchised of London, and the Fishburn family is a standout. Stella lives at home with her son Seymour, though they seem estranged. Seymour hates Rufus and his mother for taking care of him, and you can learn that Seymour is actually a habitual murderer.

Should you choose to then end Seymour, his mother will be sad at the loss of her son, though acknowledge it's for the best that he can't hurt anyone anymore, and she adopts Rufus as her own. On the contrary, if you choose to leave Seymour with no one in his life, he'll know you killed his mother and Rufus, but his murderous rage will be gone. 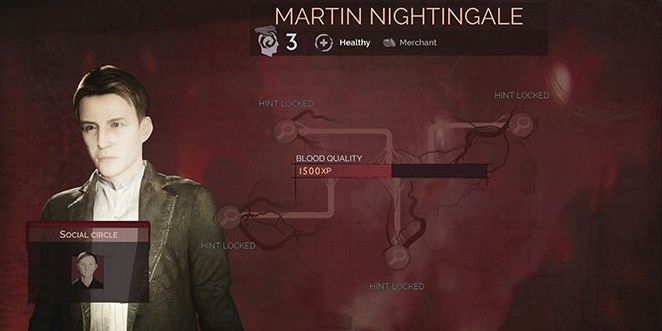 Again in the Docks are Enid Gillingham, an old woman with a deteriorating mind, and Martin Nightingale, an opportunistic conman. Martin fashions himself a friend of Enid, but upon closer inspection, you see that he actually takes advantage of her failing memory to constantly rob her of money and valuables.

One could be forgiven then for embracing Martin in a fit of rage. However, it's a somewhat somber result. Enid becomes convinced that you are her dead son, and Reid has no choice but to play along to soothe the poor woman. There's almost peace in letting her live her final days with the notion that her son is home and cares for her. 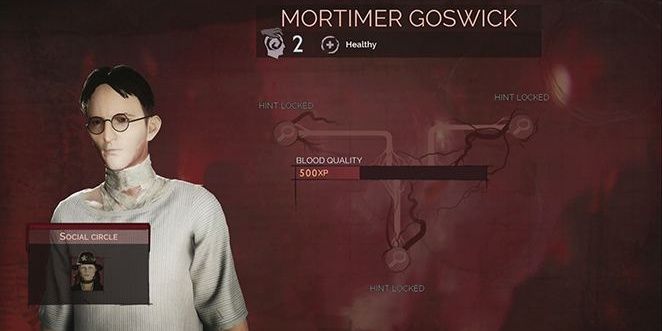 Met in the Pembroke hospital, Mortimer Goswick has been infirmed on vague grounds for things that don't seem to all align. These claims are refuted by his overprotective mother, simply wishing him an expedient recovery and for you to keep your nose out of their business. In truth, Mortimer attempted suicide and survived, a crime punishable at the time, and one Beatrice refuses to have tarnish her image.

Indeed, if you choose to embrace Beatrice, Mortimer actually makes a dramatic improvement and begins wandering the hospital, showcasing his mother's overbearing presence on his health. On the other hand, should you choose to put Mortimer out of his misery, his mother will become furious claiming negligence on the hospital, and will spend her days protesting outside the Pembroke. 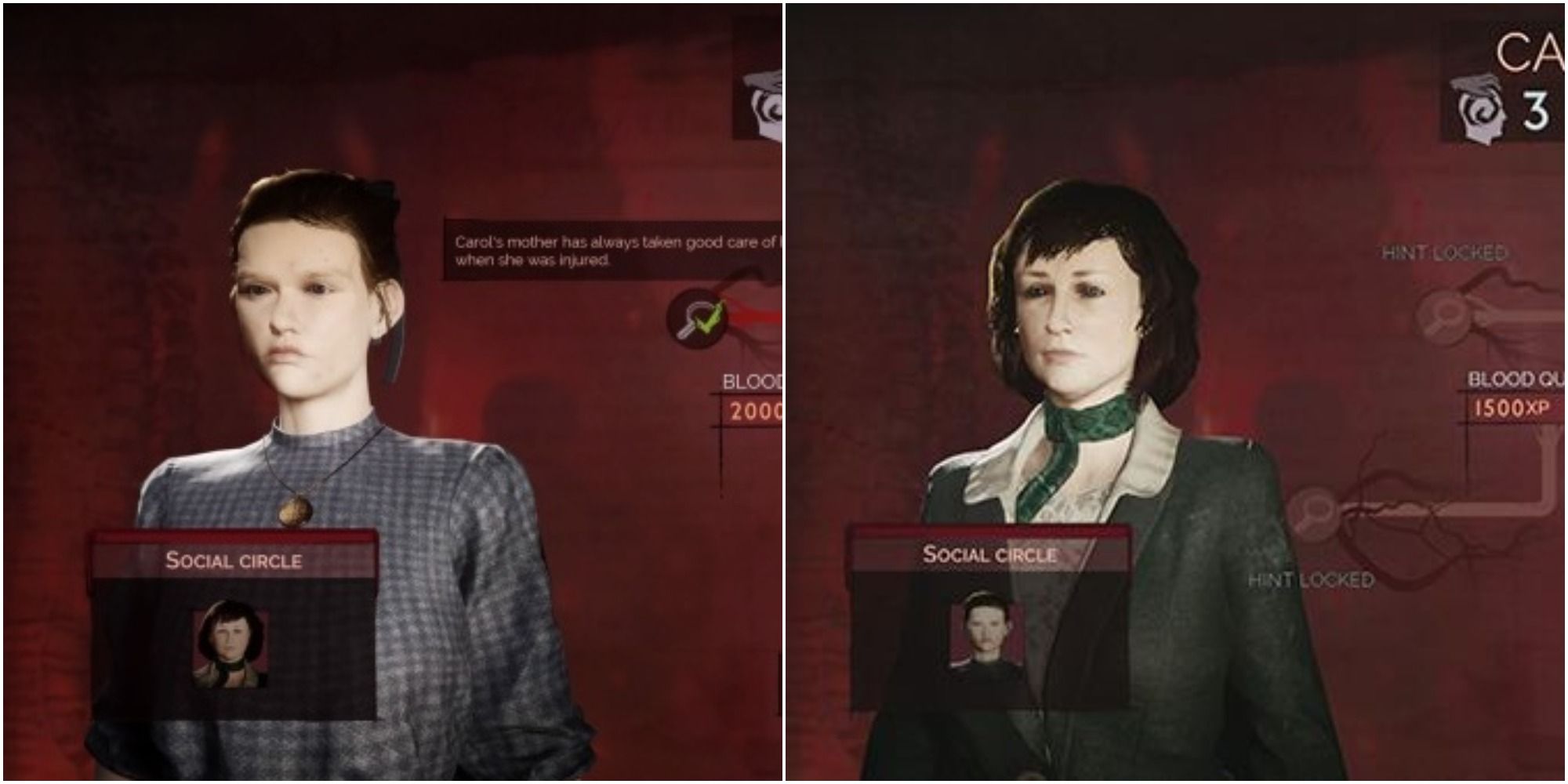 Running a small family shop in the West End, Carolyn Price and her daughter Carol are an odd pair. It feels like they are walking on eggshells around each other like there's something unspoken and uncomfortable. After eavesdropping, Reid can learn that Carolyn is fearful of her daughter growing up, and harms her verbally and physically so that she can play the doting mother.

If you embrace Carolyn for this, the shop will close down, but Carol will become more confident and promise herself that she will explore the world that her mother hid from her. Vice versa, if you embrace Carol, the shop stays open. In fact, Carolyn claims the prices are higher to tend to the funeral. However, she actually props up Carol's corpse in the basement to mourn, treating her like a doll. 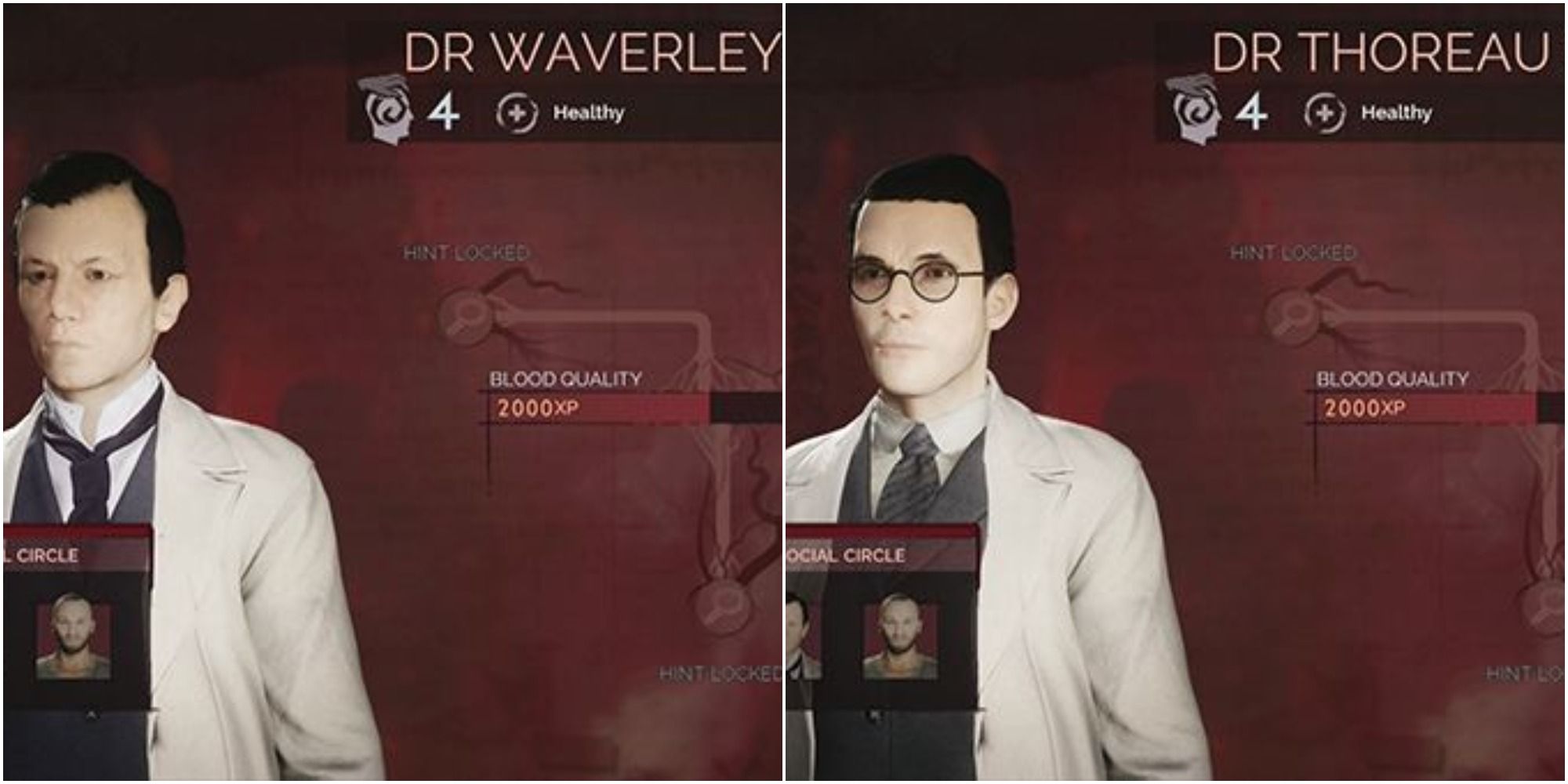 Central to the conflict in Pembroke Hospital is the conflict between Doctors Ackroyd and Strickland. Strickland seeks to perform experiments on living patients to find radical cures, while Ackroyd seeks to perform more tested methods rather than breaking new ground. This all comes at the expense of Harvey Fiddick, stuck at the hospital until his surgery is performed.

Should you remove one of the warring doctors, the surgery will go ahead. If Ackroyd is embraced, Strickland performs his experimental surgery fails, resulting in having to amputate Fiddick's arm. If Strickland performs it, the surgery is a success, and Fiddick becomes a handyman in the hospital. However, if you then embrace the remaining doctor, Fiddick gets an infection and amputation anyway. 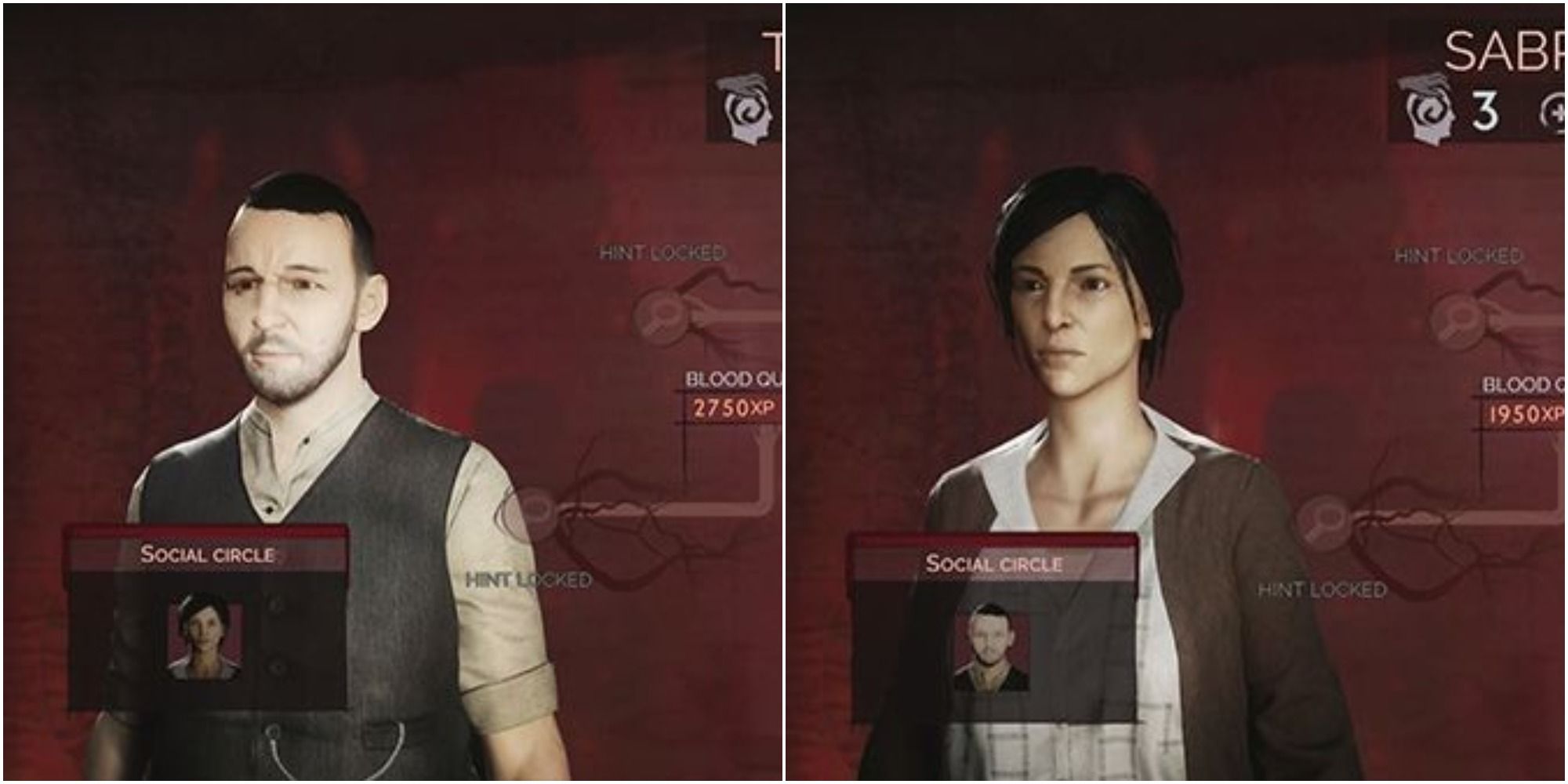 One of the first locations you'll stumble across in Vampyr is the Turquoise Turtle pub run by owner Tom Watts and barmaid Sabrina Cavendish. There's a quirky relationship between the two, both of them obviously in love with each other but neither willing to admit it. They're both good people just trying to run an honest business during an awful time.

Frankly, there's no reason to embrace either of them. But if you embrace Sabrina, Tom becomes furious. The pub remains open, and he actually begins giving you hints for many of the characters around the Docks in hopes that it will help you discover Sabrina's killer. If you then embrace Tom, the pub closes down for good, and the two are reunited in death.