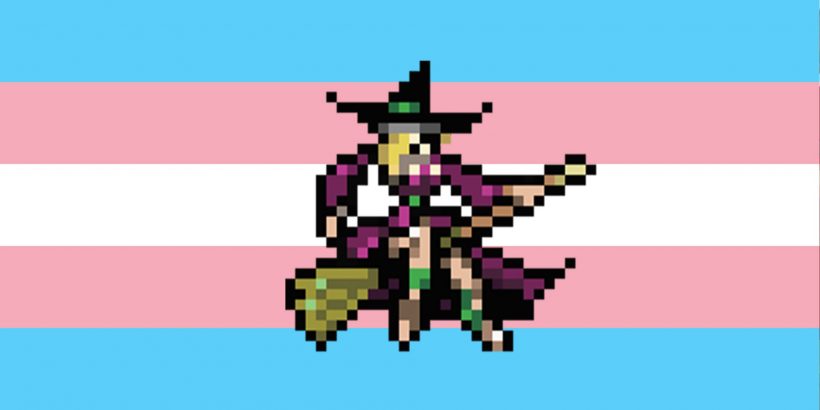 One eagle-eyed Vampire Survivors fan has noticed something about Giovanna Grana in the bestiary – she's trans. According to the entry on Undead Sassy Witches, "Giovanna resented being assigned Mage at birth, and proudly took up the way of the broom and pointed hat. Her sisters, who claim they want to 'protect witches' spaces,' have sworn to oppose her and all who fight by her side."

Being "assigned Mage at birth" is an obvious play on being assigned male at birth, though she has since come out as a witch (i.e. trans). The Undead Sassy Witches are then a play on trans-exclusionary radical feminists, AKA TERFs, as they want to "protect witches' spaces", a play on how TERFs state that they want to protect women's spaces as a justification for blatant transphobia.

What this then means is that Vampire Survivors lets you fight back against TERFs with a playable trans character. Just pick Giovanna, grab some garlic (the best item in the game), and walk into a crowd of Undead Sassy Witches.

You can find this tid-bit about Giovanna in the unlockable bestiary. It's the 29th entry, simply titled Undead Sassy Witch, and if you want to find these TERF parodies in-game, take a trip to the Inlaid Library or Gallo Tower. The Inlaid Library is where you'll also find Giovanna – she's trapped in a coffin which, when opened, adds her to the character selection menu where you can buy her for 1,000 gold coins.

The bestiary was written by James Stephanie Sterling, self-described as "A Transfem They/Them Polyantagonist Princesque". They announced in September that they're "writing content for Vampire Survivors" and "getting all up in that sweet, sweet lore". They kept their promise, announcing only a month later that they were working on the bestiary, "Some of these Vampire Survivors bestiary entries are among the most fun I've had writing in a long time!"