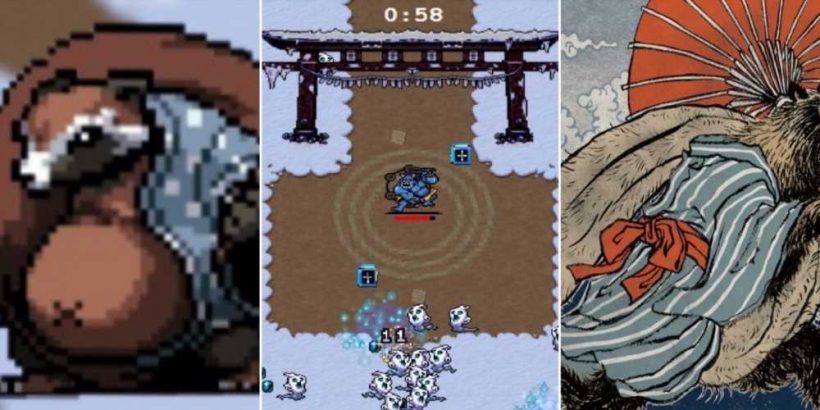 Vampire Survivors has never been particularly subtle when it comes to referencing its source material. The base game is a clear homage to the legendary Castlevania series; from the characters, to the items, to the colourful cast of enemies, it wears its inspirations on its pixelated sleeve.

This remains the case in the game’s first major DLC pack, Legacy of the Moonspell. The new content references, sometimes more directly than others, a wide array of elements from Japanese mythology. These range from raccoon-dogs to demons, from snakes to bigger snakes. Join us on a cultural archaeology trip, as we dig up some of these references for your consideration. 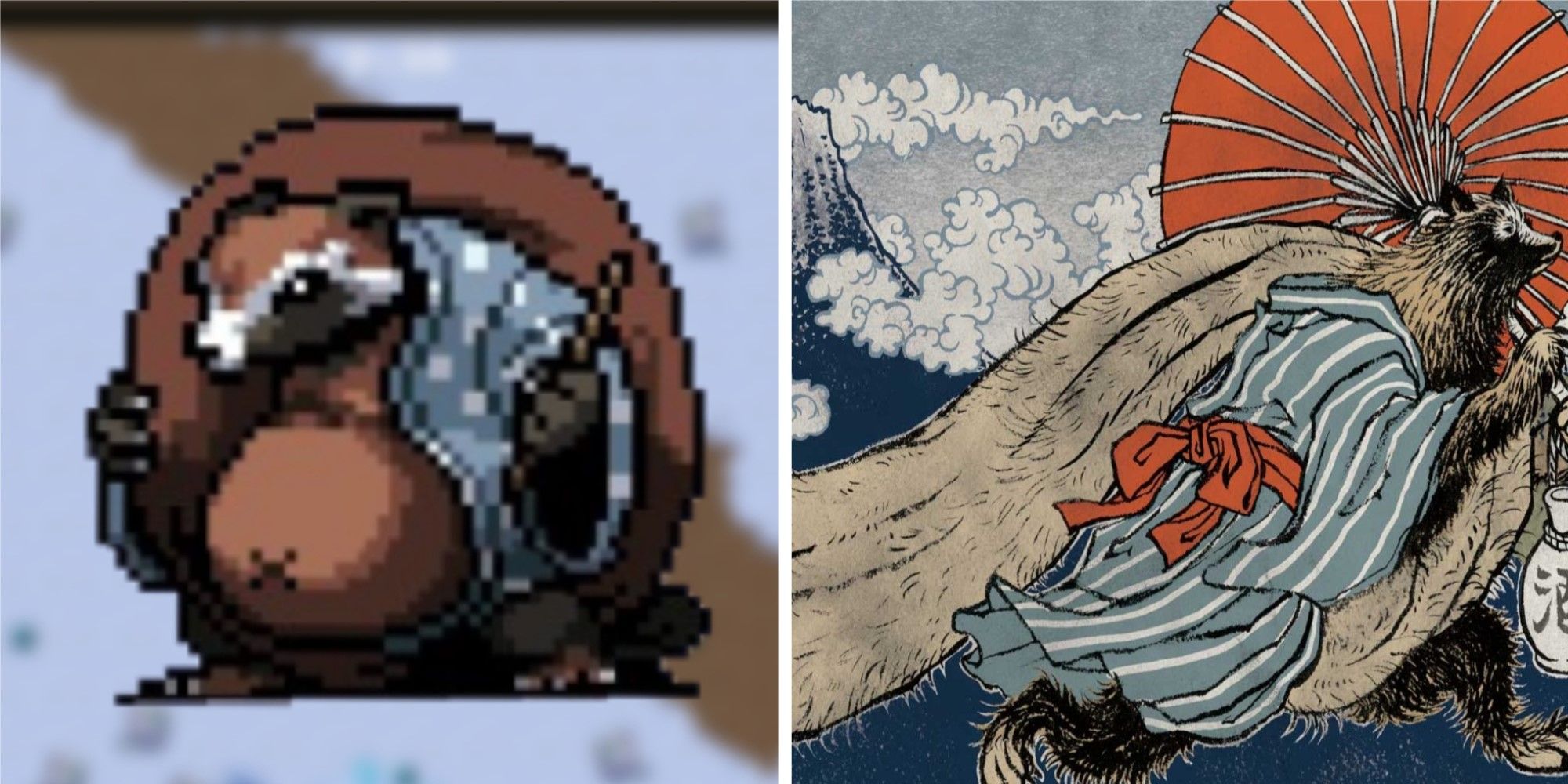 Also known as “Japanese racoon dogs," tanuki are likely the most recognisable entry on this list, owing to their appearances as power-ups in the Super Mario series. While they do exist as real-life animals, they also have a lot of folkloric significance, with reputations as mischievous shapeshifters, leading to them being immortalised in statue form regularly.

In Vampire Survivors, tanuki appear both as enemies, spawning in huge numbers if you venture into a specific forest area of Mt. Moonspell, and as a playable character, in the case of McCoy-Oni. In both cases they retain the sly charm that tanuki are known for. 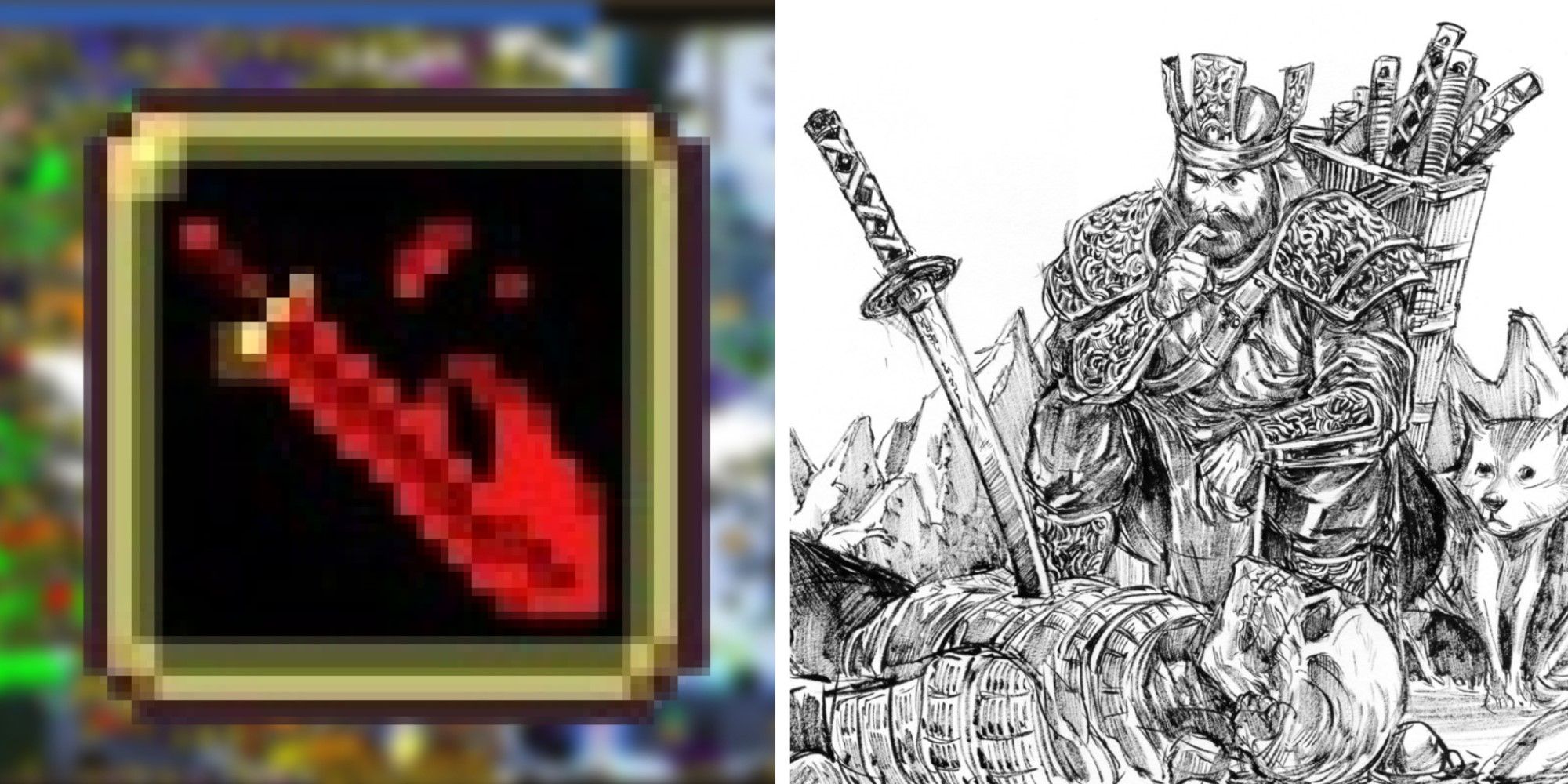 Originally a famous Japanese swordsmith from the Muromachi Period, the name ‘Muramasa’ eventually grew to carry more unsavoury connotations, following the association of his swords with Japan’s anti-Tokugawa movement, and, later, demons and bloodshed, becoming known as “wicked katana."

The latter depiction of Muramasa swords has become the enduring one within popular culture, appearing as a sinister weapon in many Final Fantasy games, as well as other game series’. Vampire Survivors is no exception, including the Muramasa as a powerful but cursed weapon, with the ability to drain health from enemies while also damaging the wielder. 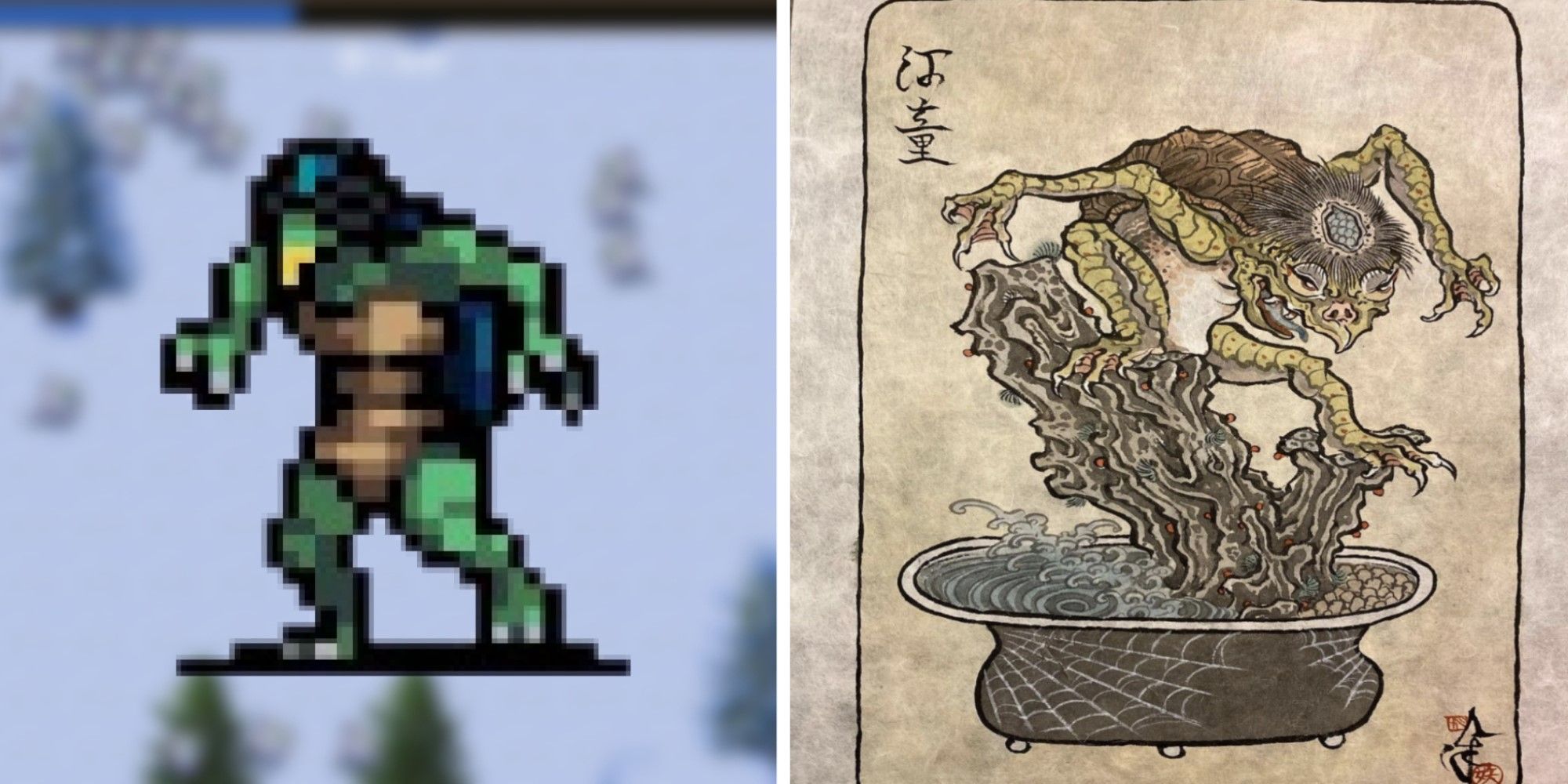 Kappa fall under the category of yōkai, a group of spirits in Japanese mythology. They take the form of green humanoids with webbed feet and dwell in watery areas such as rivers and marshes. While they can live peacefully alongside humans if properly respected, Kappa can also become malevolent if not, drowning people and kidnapping children, among other crimes.

Vampire Survivors reflects the dualistic nature of Kappa perfectly, including them as both enemies and a playable character, Gav’Et-Oni. Make your way to the frozen lake in the north-west of Mt. Moonspell to face an endless horde of hostile Kappa, then, once you’ve killed enough, switch over to Gav’Et-Oni and live the yōkai life yourself. 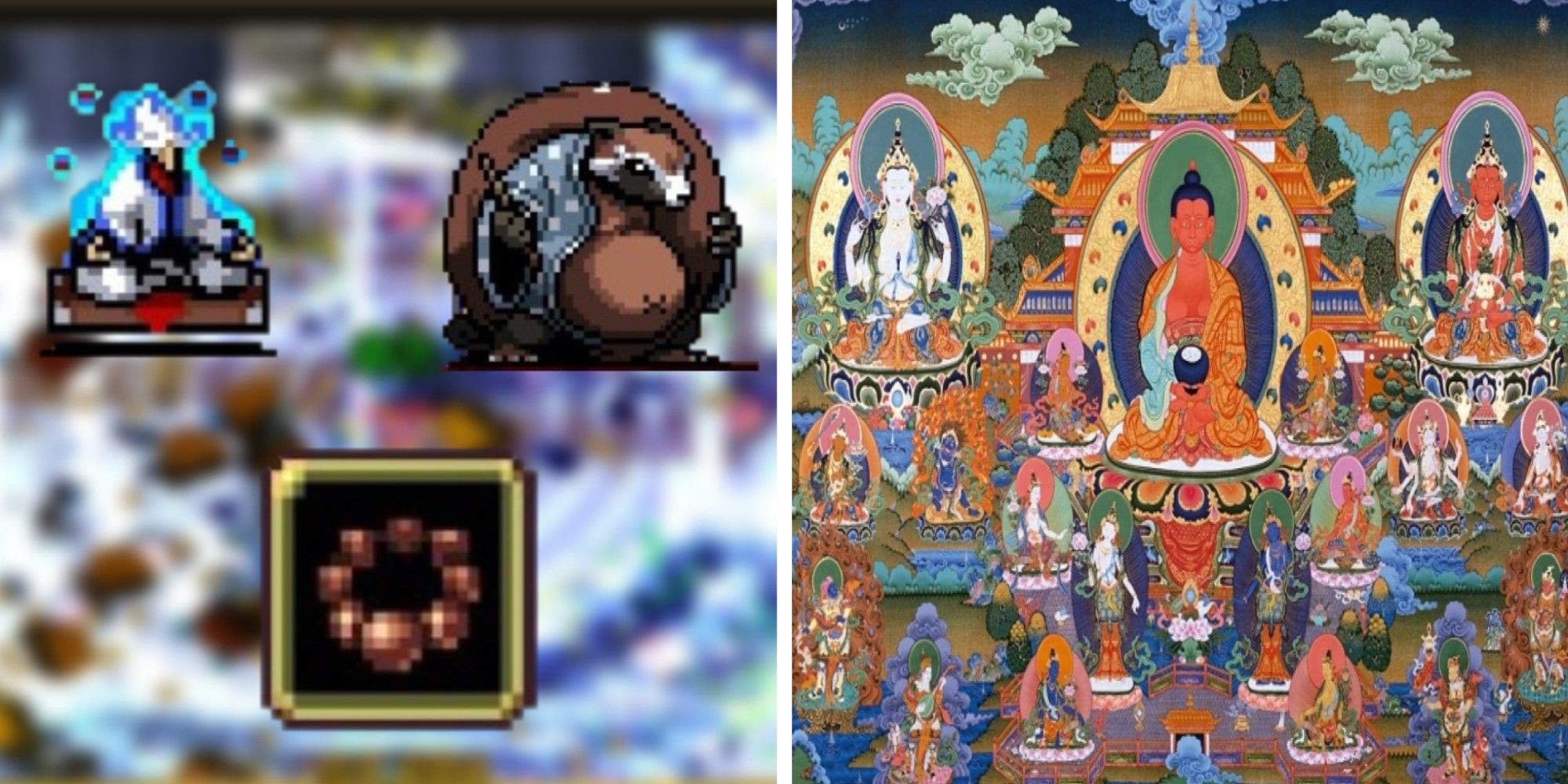 One of Legacy of the Moonspells’ more subtle mythological references, the number 108 appears throughout if you keep your eyes peeled: McCoy-Oni has 108 base Health, Megalo Menya Moonspell has 108 Banishes to use, and of course, the 108 Bocce weapon exists, making the number a through-line for the entire experience.

There’s a very good reason for this; 108 is a highly significant number within dharmic religions such as Buddhism, one of the dominant religions in Japan. It represents a range of things, including the number of temptations one must overcome in order to reach Nirvana, and the number of beads traditionally featured on a set of Japa mala prayer beads. 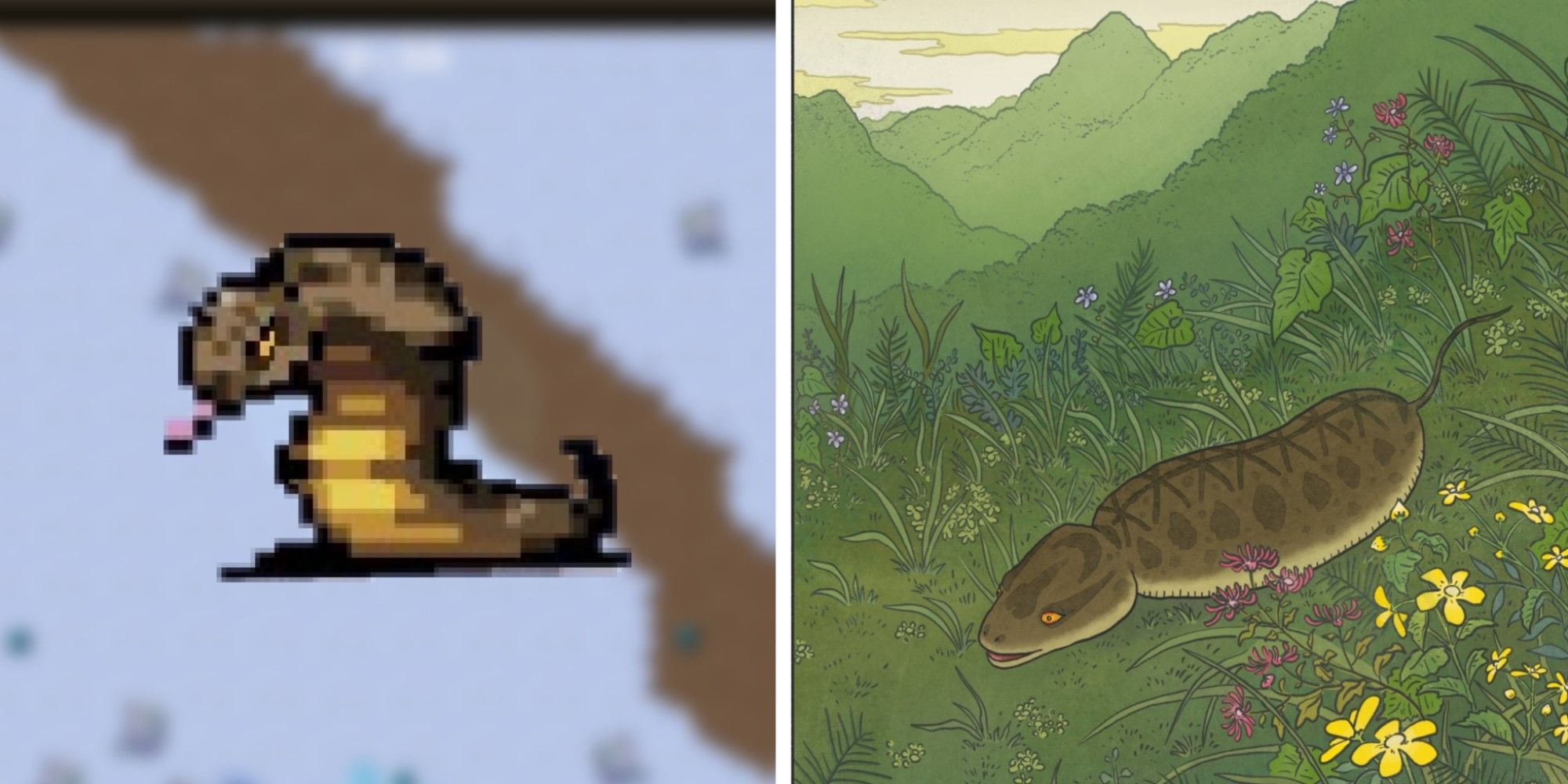 A mythical, snake-like being, the Tsuchinoko comes with a range of abilities, including human speech, the capacity to jump, and a taste for alcohol. It’s also classed as a cryptid, that group of oft-pursued legendary creatures that includes Bigfoot and the Loch Ness Monster.

In Vampire Survivors, Tsuchinoko appears as an enemy in the village section of Mt. Moonspell, overwhelming unprepared players with their sheer speed and numbers. This continues a video game career that began with an appearance in Castlevania: Aria of Sorrow in 2003, and has had a surprising number of entries since. 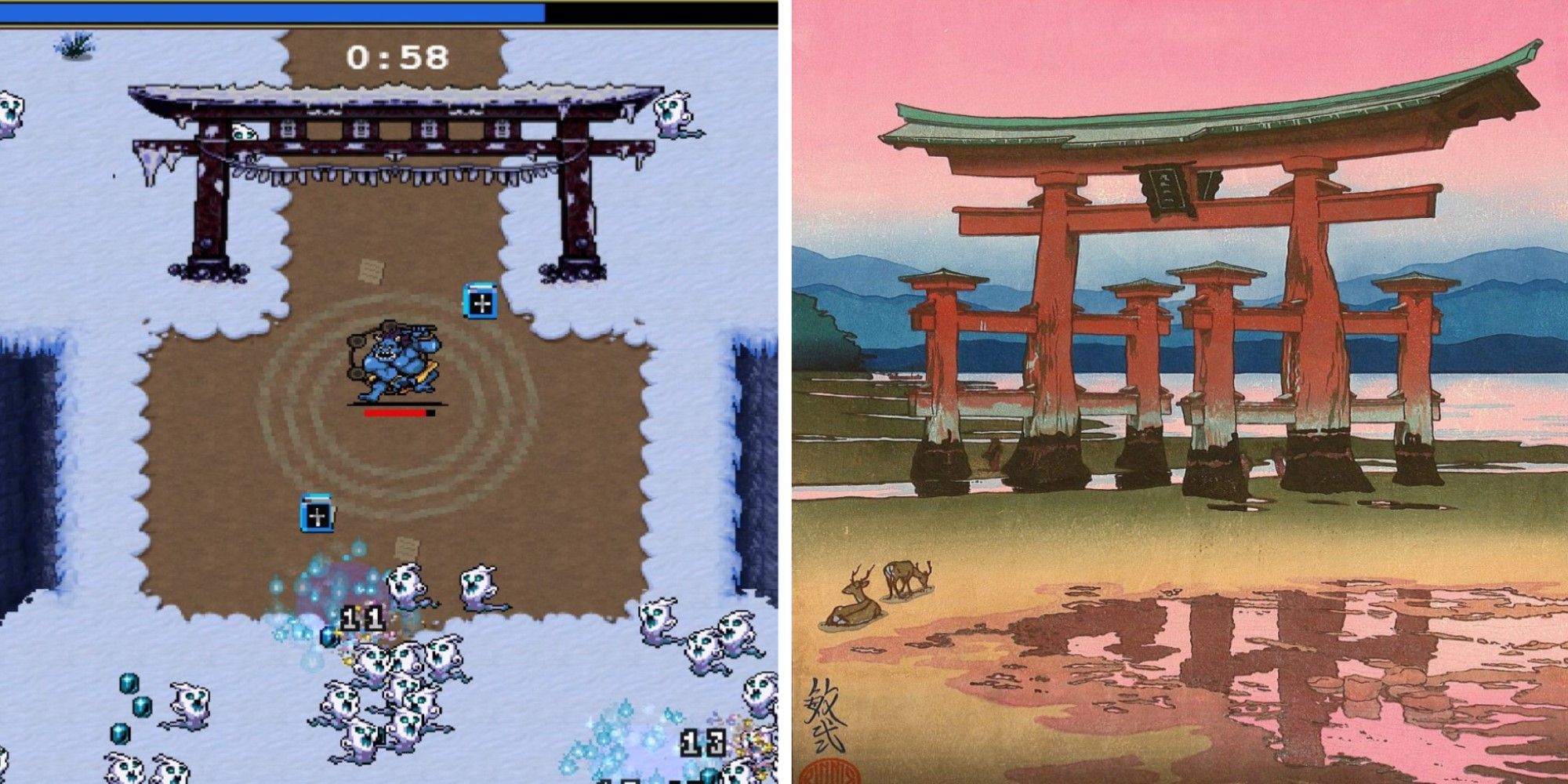 Torii gates are a very real phenomenon in Japan, but they carry a huge amount of mythological significance. Appearing so regularly that they have their own icon on Japanese road maps, these gates are said to represent the transition point between the world of the mundane and the sacred, often appearing before important locations such as Shinto shrines and the tombs of emperors.

They serve a similar function in Vampire Survivors, where they serve as guiding tools for the player, showing them the way to each of the distinct ‘zones’ on Mt. Moonspell, such as the mountain summit, frozen lake, and village temple. 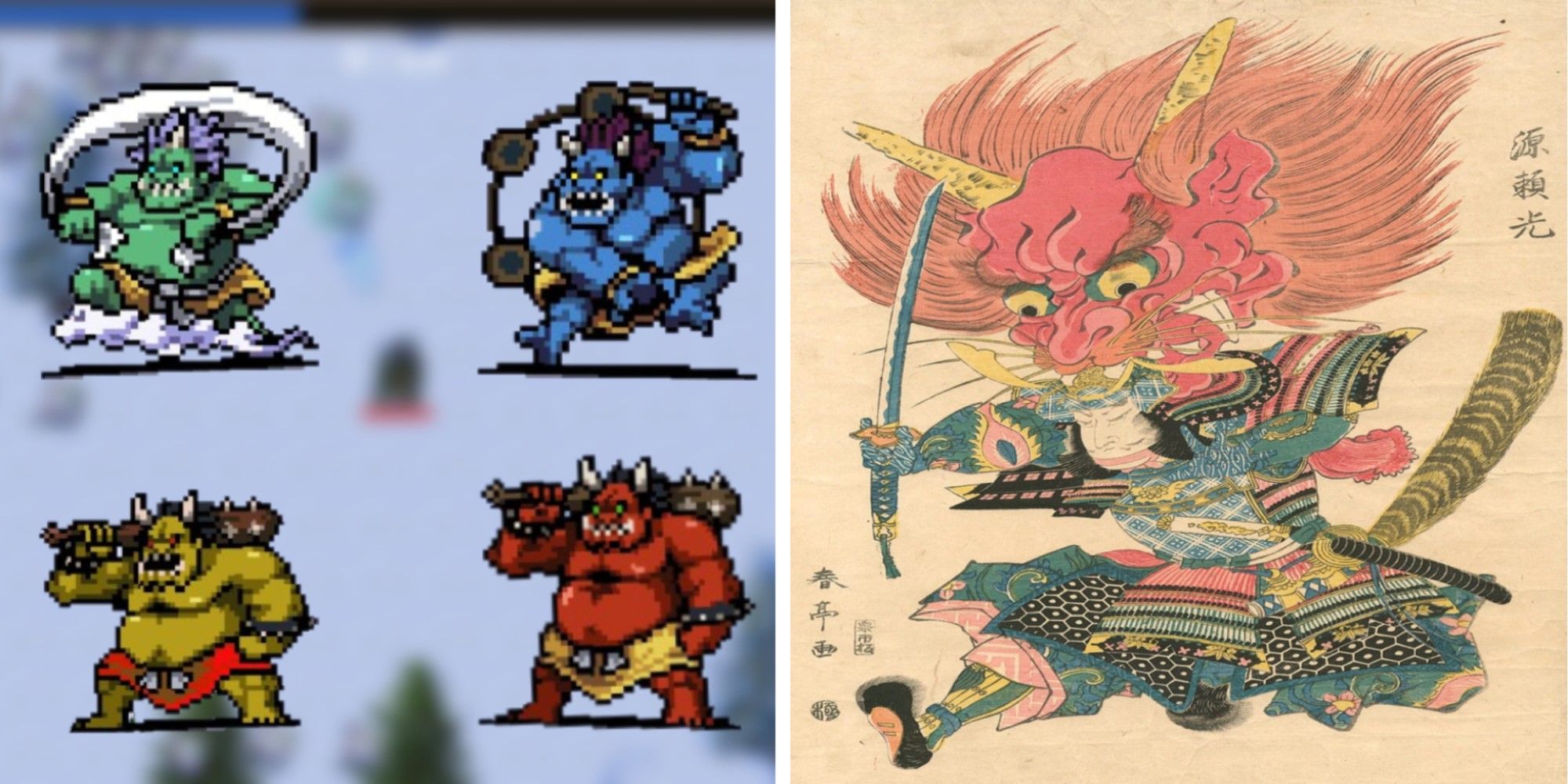 The demons of Japanese mythology, Oni are terrifying creatures, known for their imposing physical forms, spiked wooden clubs, and propensity for violence and cannibalism. They are said to bring calamities such as plague, earthquakes and thunder with them to the lands they visit, and are the creatures tasked with tormenting sinners in the Japanese interpretation of Hell.

These traits carry over into Vampire Survivors, where the different flavours of Oni present are some of the most dangerous enemies on Mt. Moonspell. Guarding the path to the mountain summit, where the Night Sword lies, these mighty ogres will absolutely demolish you if you head up there under-levelled. Their thunder element is also showcased in the Scorej-Oni playable character, who uses a series of Lightning Rings as his starting weapon. 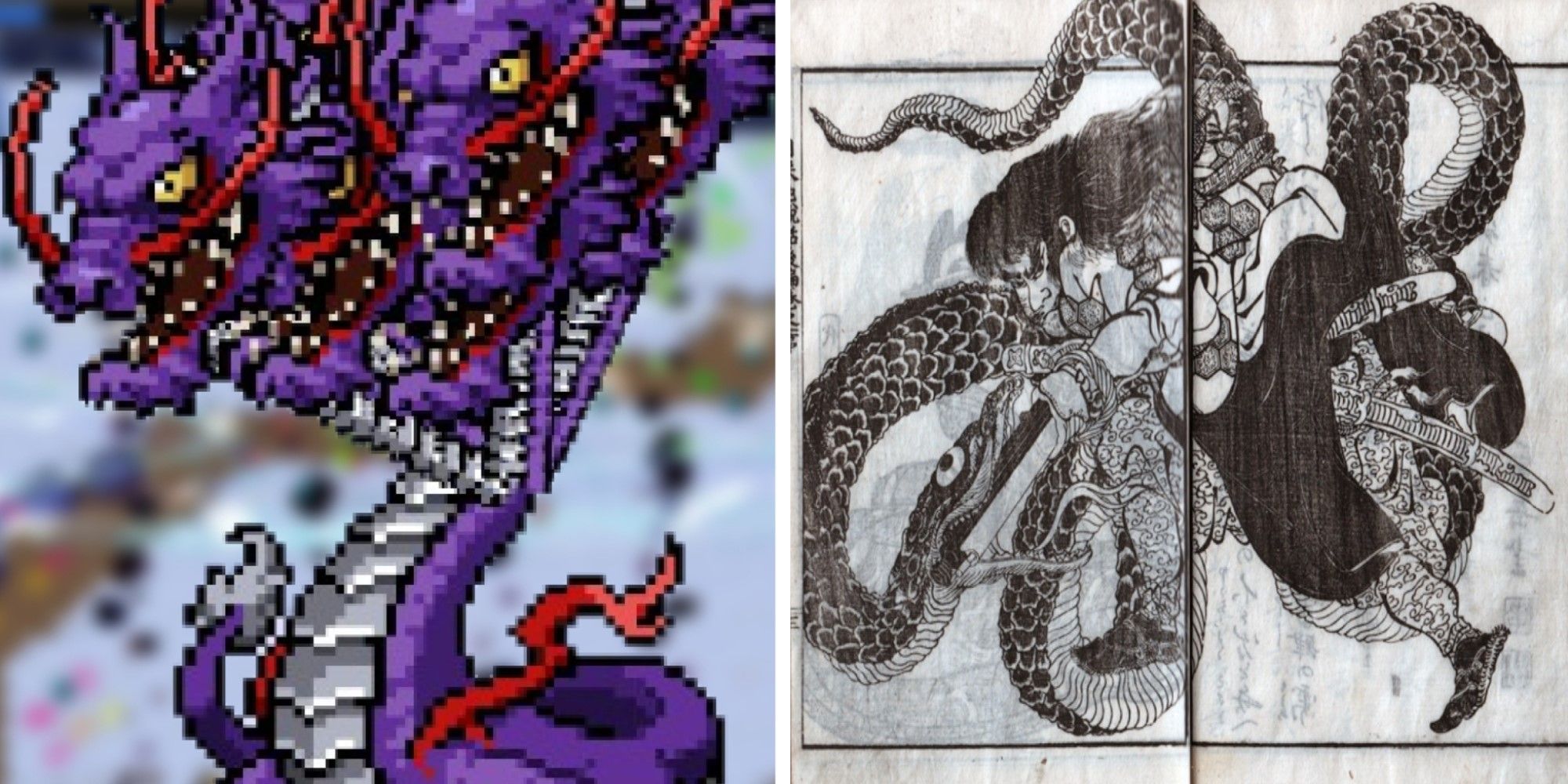 Probably best known today as a character in the hugely popular anime Naruto, Orochimaru is a major figure in Japanese folklore, appearing as a follower of the ninja Jiraiya who was corrupted by serpent magic, gaining the ability to transform into a giant snake, and turning on his former master. The story is very popular in Japan, receiving many adaptations across different forms of media.

The tale transfers nicely into Vampire Survivors, too, where Orochimaru appears as a boss enemy on Mt. Moonspell, continuing the game’s running joke of badly-translated enemy names with the title of Orochimario. This version is a huge, multi-headed snake, capable of attacking the player from a distance, and demanding that you destroy each of its heads before it will finally cease its pursuit. A dangerous foe indeed.