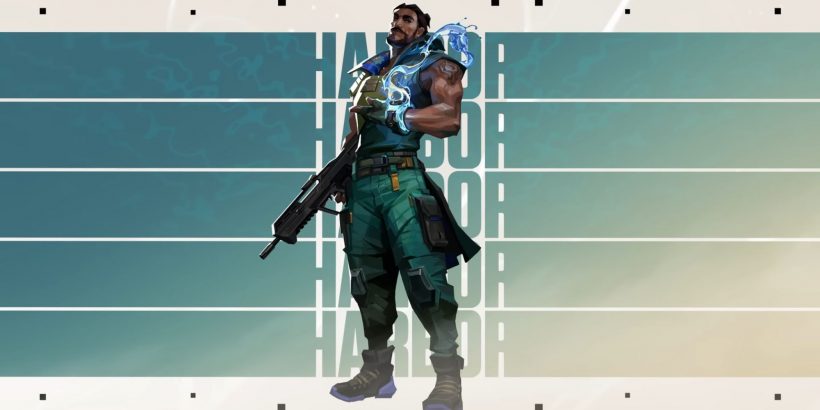 Riot recently unveiled its 21st agent in Valorant – Harbour. His story trailer didn’t fully reveal his abilities, but this new trailer finally shows us what the agent brings to the table.

Calling Harbour a water-bender would be appropriate considering one of his abilities is literally creating a wall of water that bends around objects and obstructs the enemy’s sight line. This has a similar function to Phoenix’s fire wall and Viper’s poison wall, but it isn’t clear if enemies suffer damage when they walk through it. The other ability raises a tall, squarish wall in front of the agent and pushes it to a distance that can be used to cover entry points. The trailer also reveals that one can move along with the wall which is a nifty little trick to catch enemies by surprise.

Another power that Harbour possesses is creating a protective water orb. This looks like Astra, Breach, and Jett’s smokes, but the difference is that it protects anyone who is inside it from incoming bullets or even ultimates. For instance, the video shows how the water bubble protects a teammate from Jett’s knives, which is a pretty good ability to have in one’s arsenal.

For the ultimate ability, it looks like Harbour is able to create a puddle of water that spreads over a significant area. Enemies standing in this puddle will be marked and highlighted so that your teammates can pick them off with ease. It also affects enemies standing on an elevated platform that isn’t directly covered by water. This kind of works like Viper and Killjoy’s ult which affects everyone caught inside the radius of the ability upon activation.

From the looks of it, Harbour seems to be a great choice for a controller, especially for Astra mains who want to try a different character. The impenetrable water wall is something that the community will debate the most about considering it blocks enemy ults as well as bullets.