After successfully completing the Artolian Mountain Ruins in Valkyrie Profile: Lenneth, there's a good chance that you excitedly started exploring the world of Midgard, looking into towns, recruiting characters and such – well there are also dungeons to explore, and the Solde Catacombs are one of them.

This dungeon is filled with familiar enemies, some incredibly valuable loot, and a boss that will teach you some very, very important things about the combat system. Let's dive in! 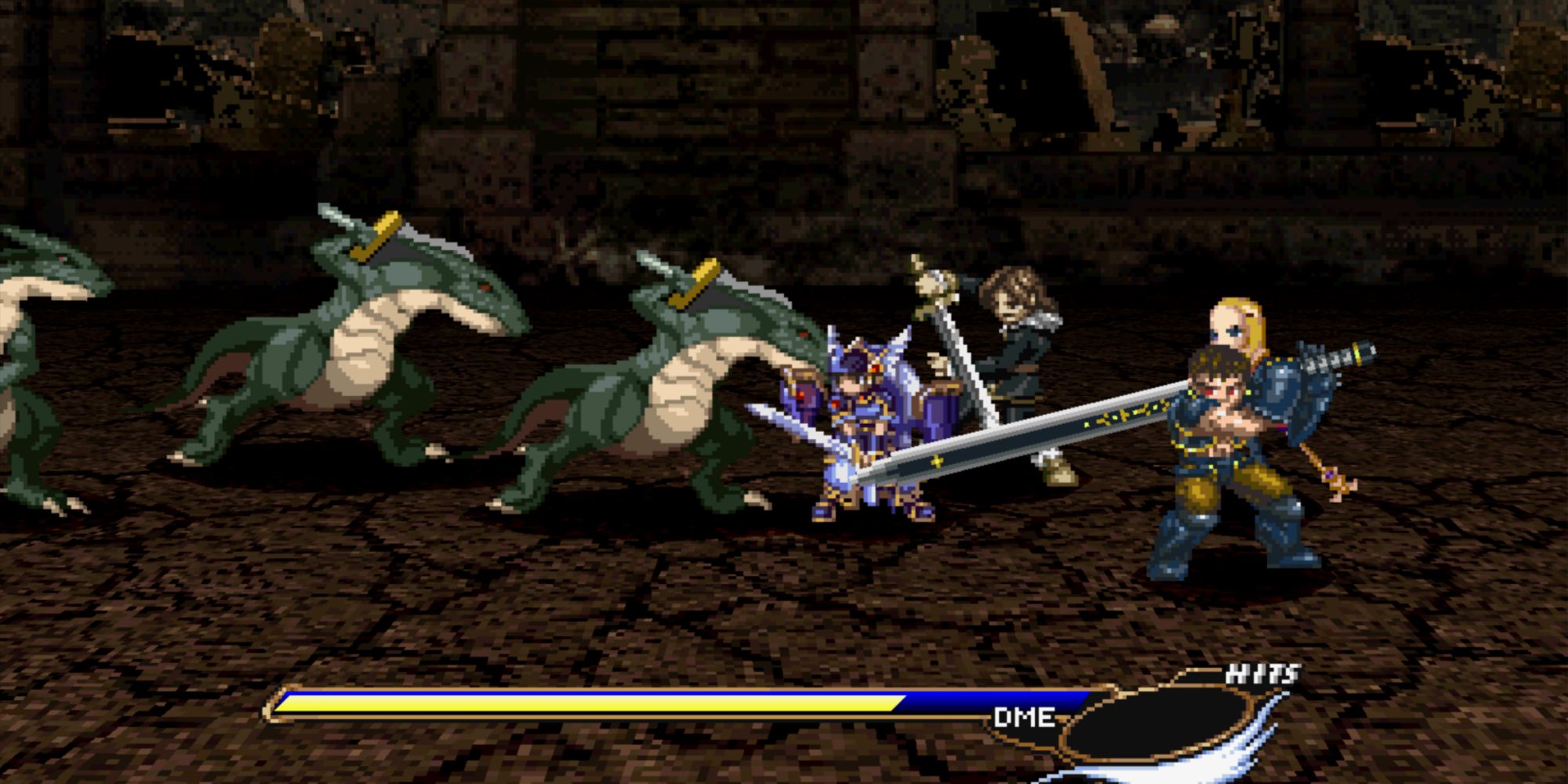 If you're on Normal or Hard mode, this will be one of the first dungeons you unlock – on Hard mode, it'll be the only non-Cave of Oblivion dungeon you unlock in Chapter 1!

This dungeon's gimmick is that you must deal with various guardian seals scattered throughout the dungeon, which look like glowing circles on the ground. To deal with each seal, you first have to destroy the demonic statue on top of them and then drag a purifying slab on top. Only when all of the seals are dealt with can you go and face the boss and acquire your rewards.

You'll have access to more party members than you can have in your battle party at this point. We recommend using, apart from Valkyrie who is required, Jelanda, Arngrim, and Belenus. Whilst bringing Llewelyn might sound like a good idea thanks to the emphasis on ranged damage in the dungeon's boss fight, Valkyrie is the better archer and Belenus is more useful against the fodder enemies. 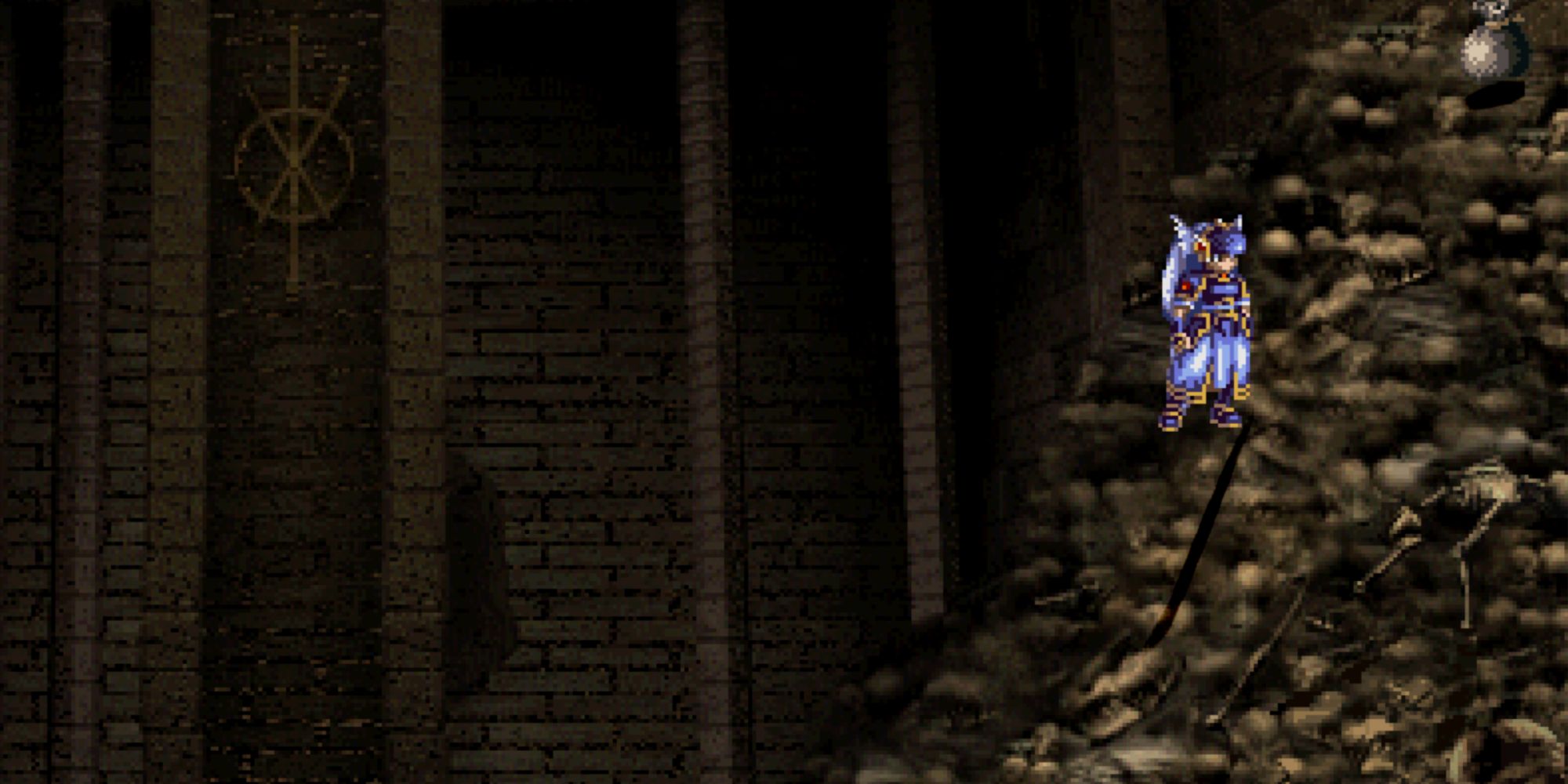 As always, save your game at the save point. Then, head to the right, dropping down the hole there. In the room underneath, open the sack on the top of the right mound to get a book of Attack Pow – use this immediately to unlock the Attack Pow skill for all of your non-mage fighters. If you have the Capacity Points for it, definitely get some ranks for Valkyrie and Arngrim.

The exit to this room is on the left but is protected by a Dragon Servant. These dragons cannot be frozen by your crystals, so avoiding them is much trickier than usual.

Practice breaking the Dragon Servants' guard in this dungeon. They're not too threatening as enemies and it's a good opportunity to get better at this combat mechanic on any turn where Jelanda's spell isn't ready.

Exit to the left and jump across the gap (you may need to do a large jump from the ladder) right in front of you to find a chest. It contains a Short Bow – this is a good weapon for Valkyrie, but don't equip it yet – it has a chance to break every round. 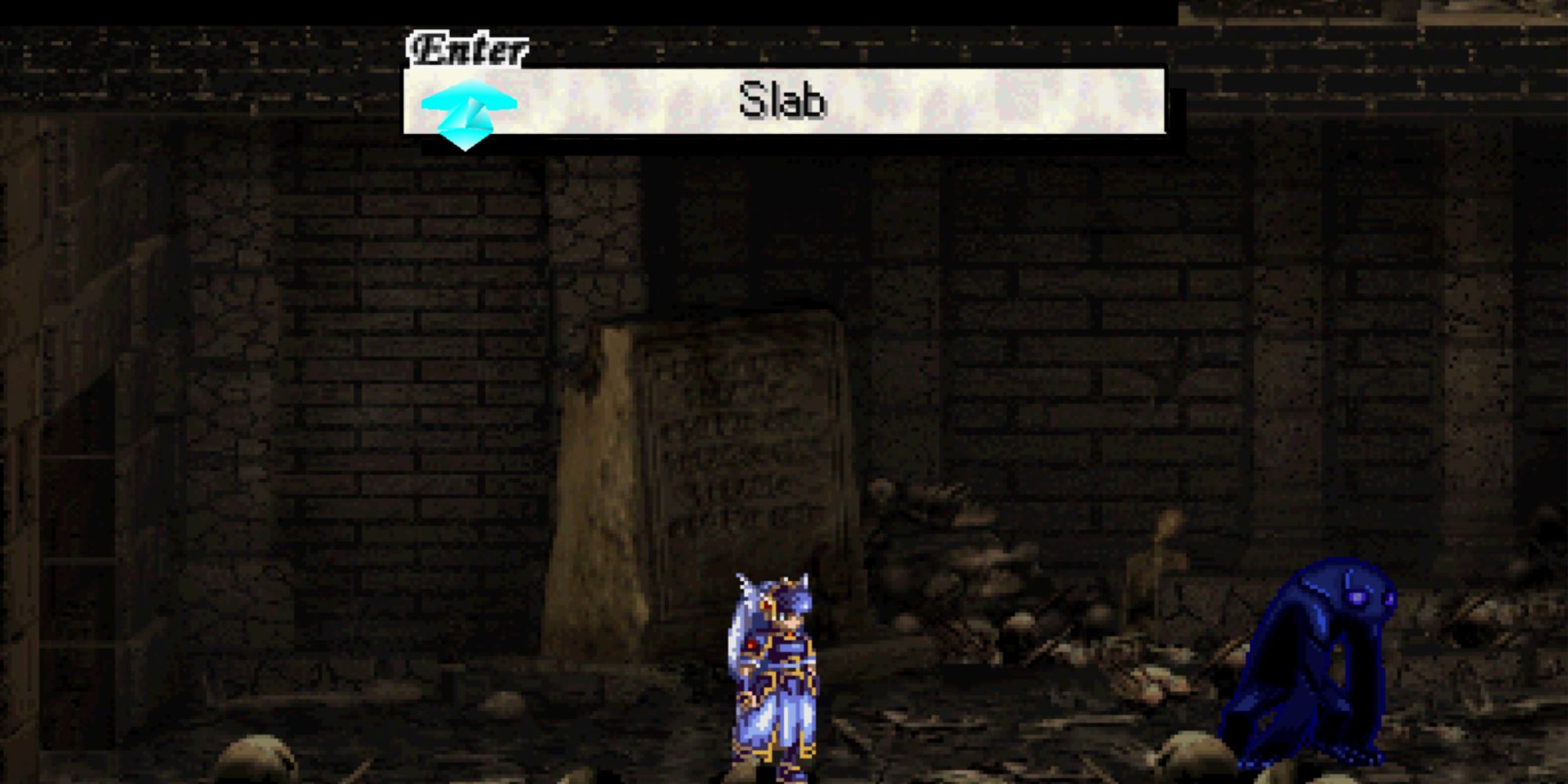 Drop down to the floor and head to the left, examining the slab on the way. It mentions the gimmick of the dungeon – destroying guardians and cleansing those areas. Continue on to the next screen to the left, and enter the room to the left of the ladder. 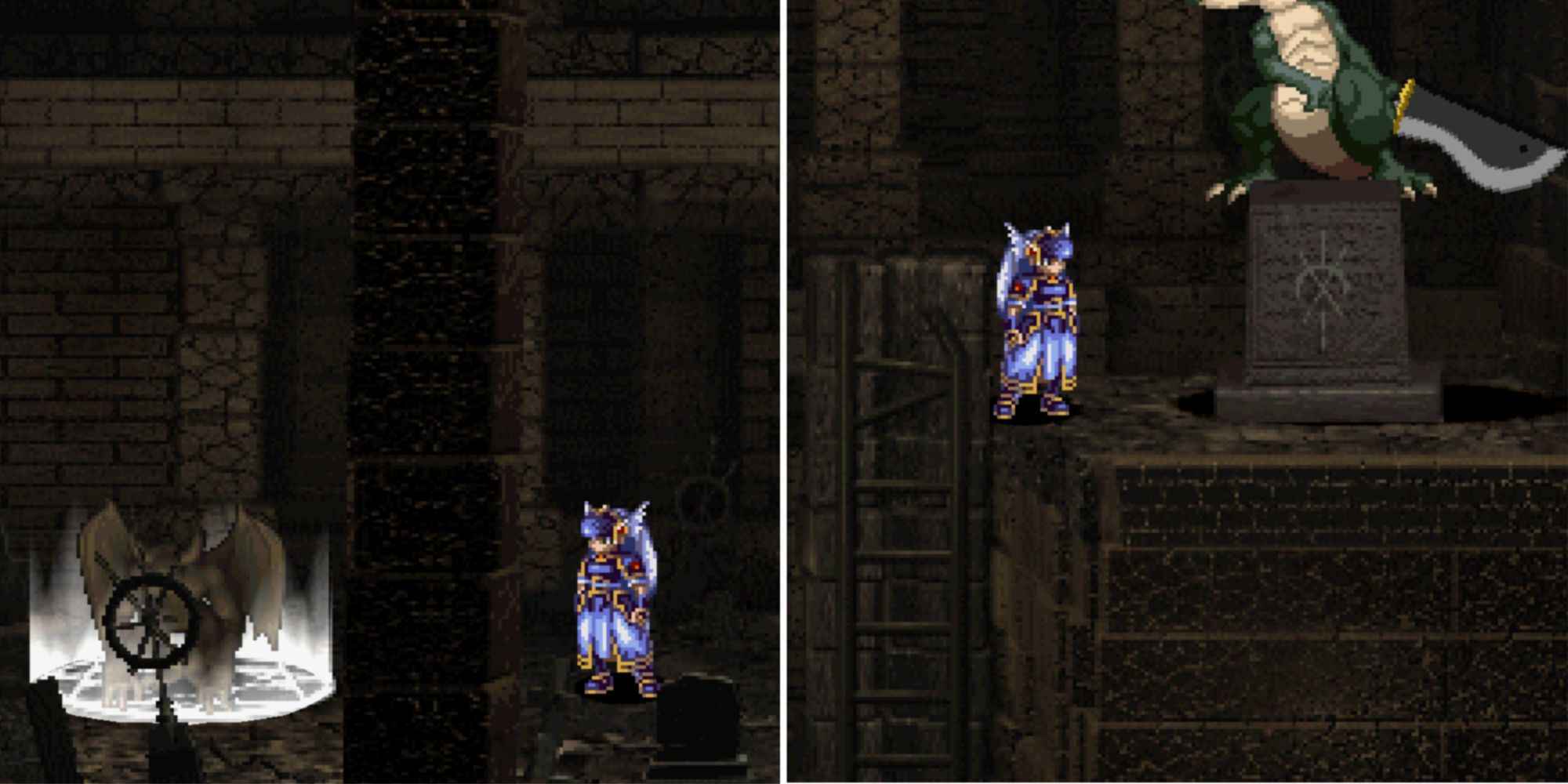 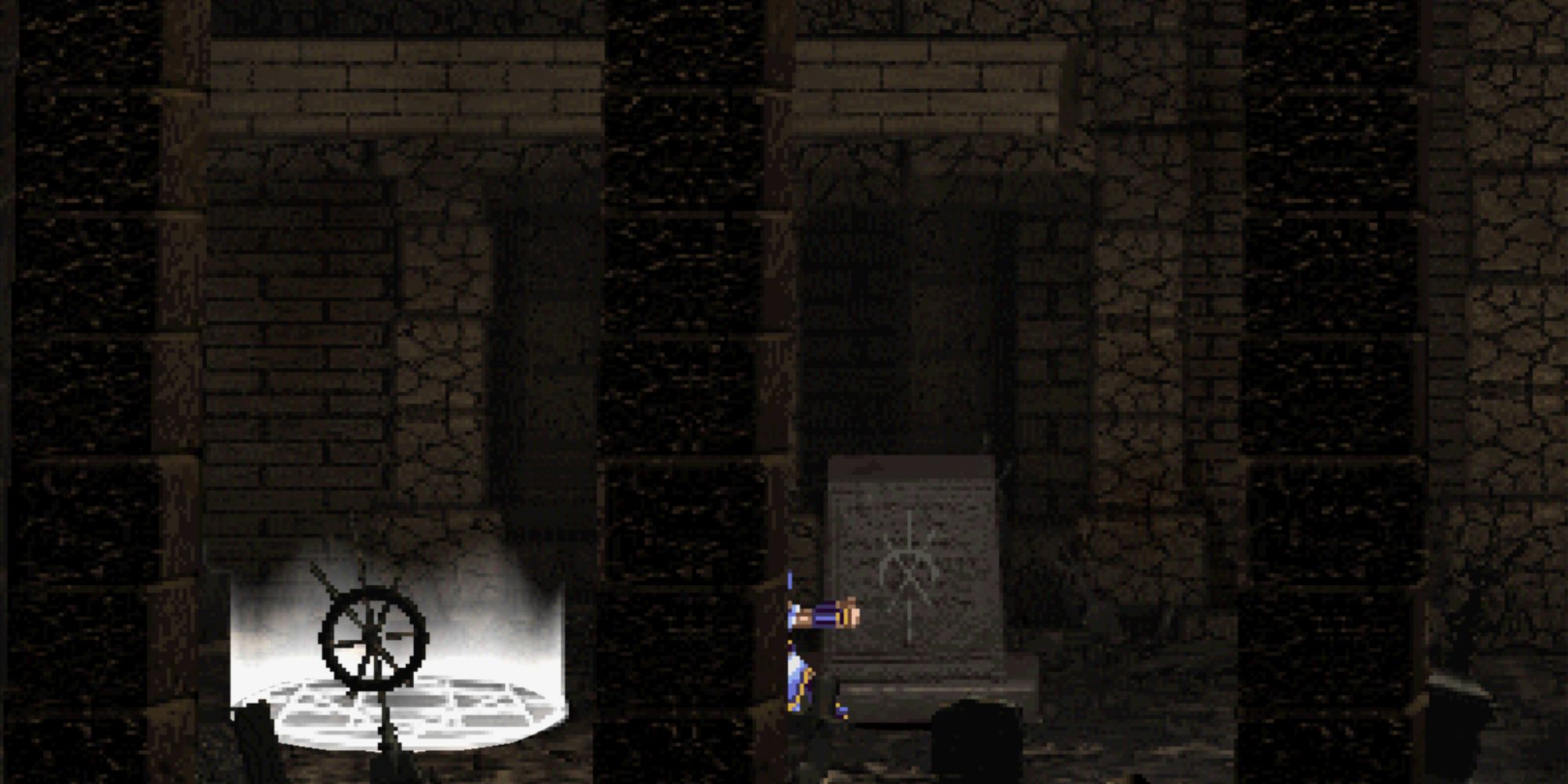 To the left of this room you'll find your first guardian statue. Destroy it with your sword and then go to the right. Defeat the two Dragon Servant battles up here, and then use the interact button with the large slab to start pushing or pulling it. Move it over the circle and you'll get some Event EXP, signifying that you're done with this room.

Use the ladder to get over to the left side of the room, and continue onto the next screen. On this screen, you'll find the Avoid skill book if you climb the ladder, and a doorway to another room with a guardian to destroy and purify.

With two guardians destroyed, slide under the pillar in the middle of the room and take the doorway to the front. There's another simple guardian to purify here – three guardians down, two to go! 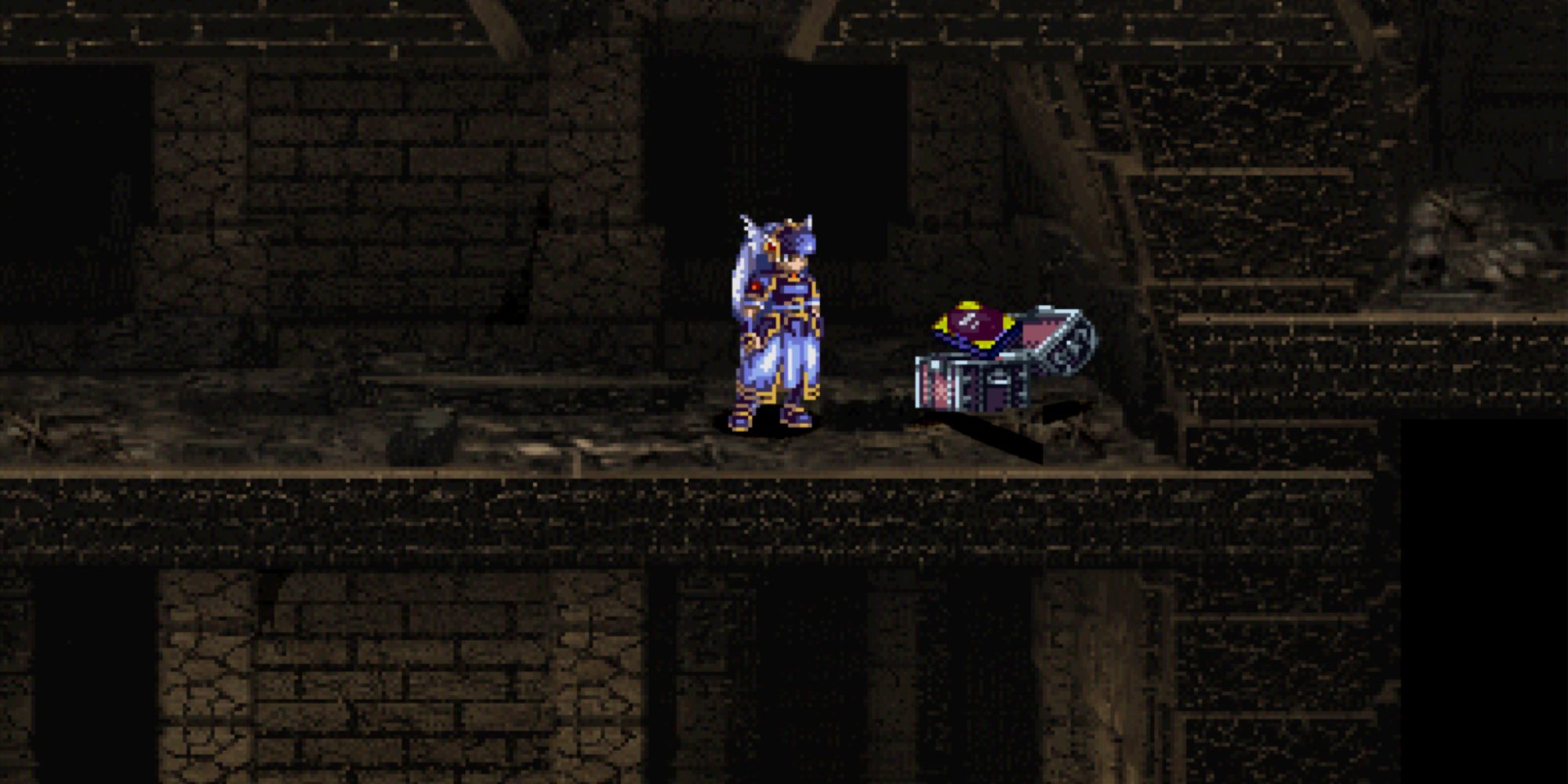 Another screen to the right, you'll find a guardian on the floor and the slab you need to purify the area at the top of a ladder. As in the first room, you'll have to push the slab off the top platform before you can purify the area. Also in this room is a trapped explosion chest with a Fire Lance spell book inside it.

To move on, you'll need to hop over the gap where you found the slab, deal with the dragon there, and then move toward the front. 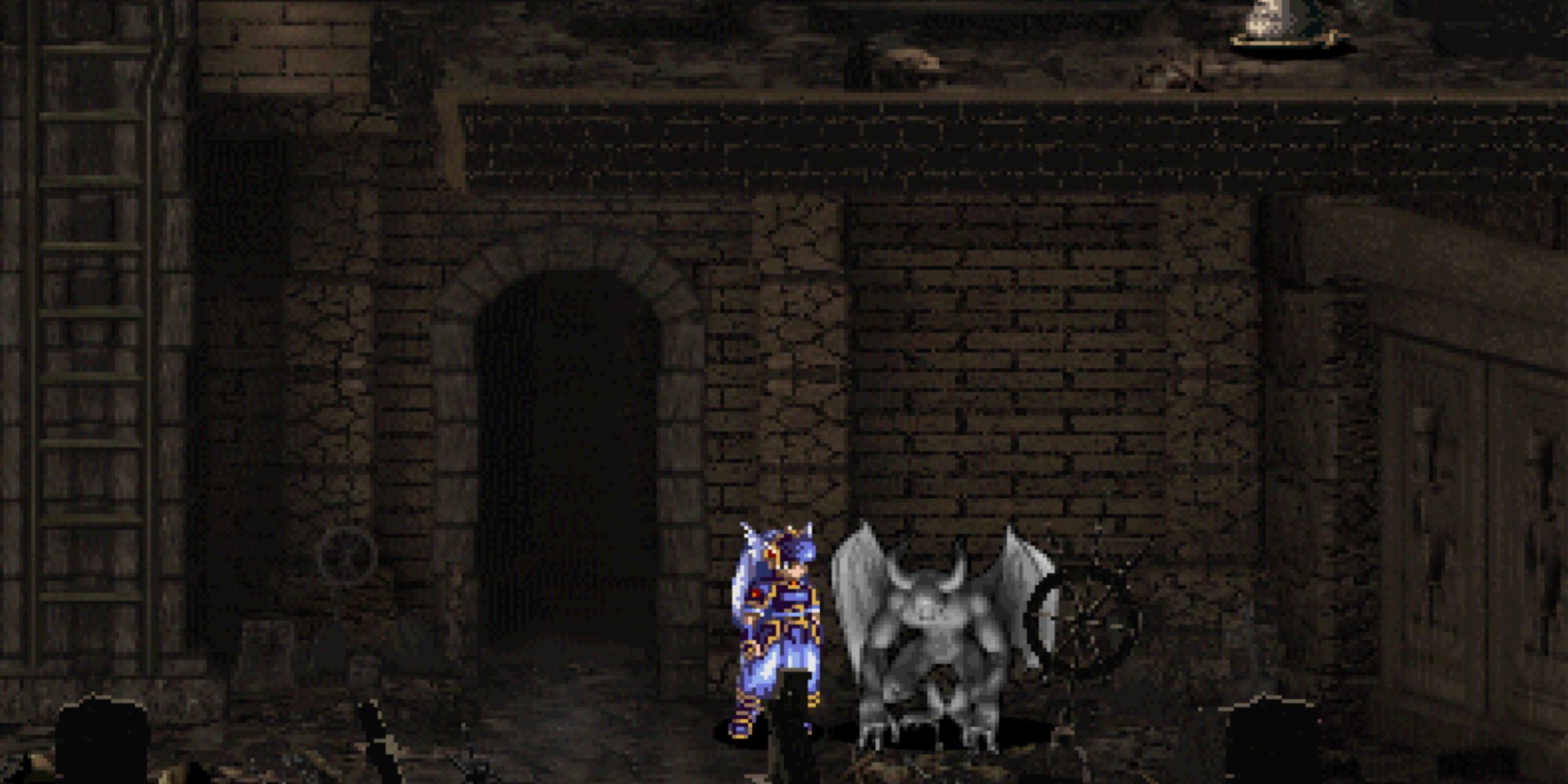 Open the sacks on this screen to find a Broad Sword (which would be good for Belenus) and an Eye of Heaven. Then, break the final demonic statue to unlock the door ahead of you. This next room is filled with dragons, though you'll find an Element Scepter at the bottom right. The ladder here is broken, but you can just hop onto a large crystal aimed at the ground if you want to avoid more dragon battles on the left.

Using the doorway here leads to the boss. Save your game before heading inside.

How To Beat The Drow Shaman 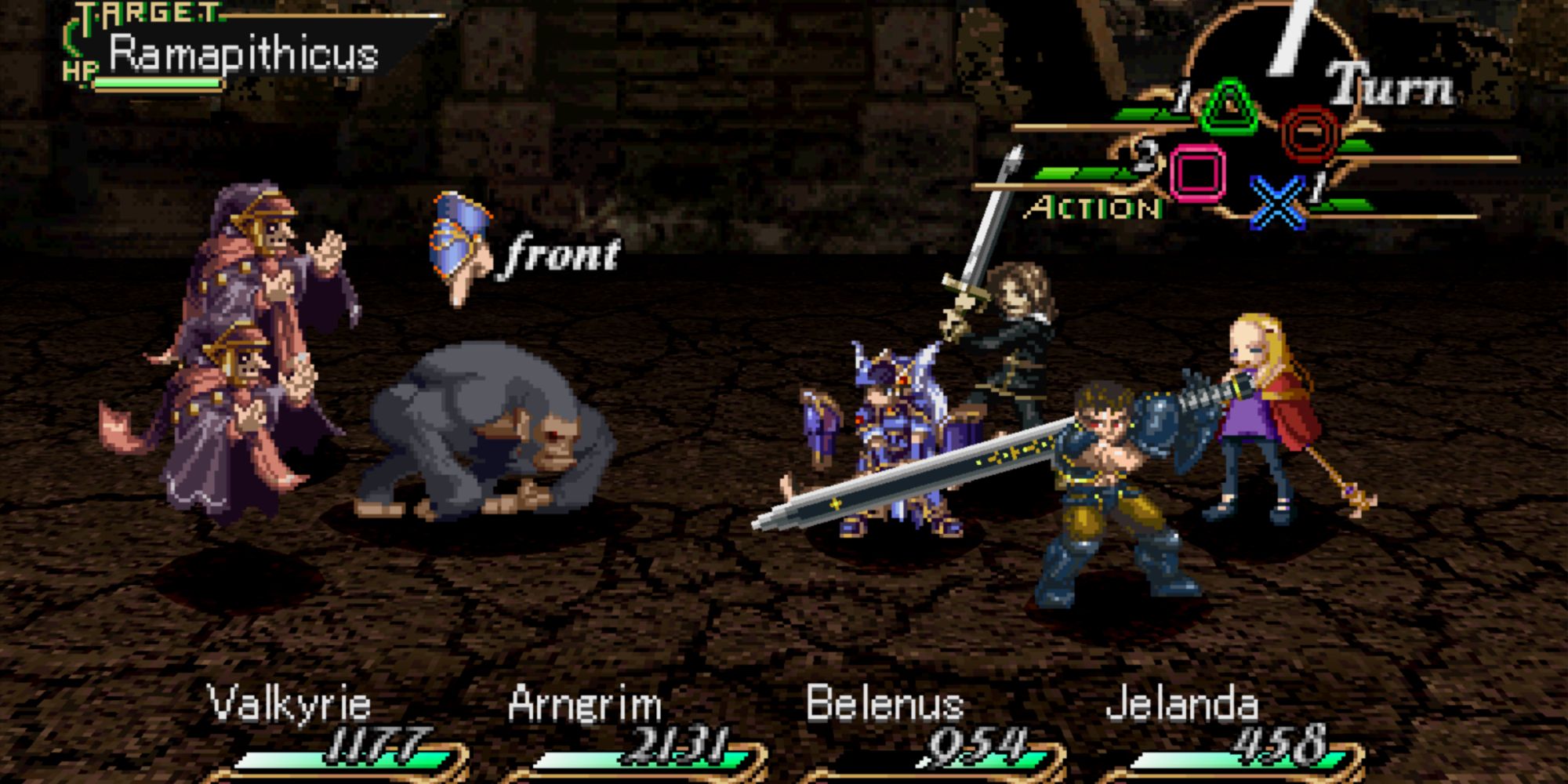 This boss battle is meant to serve as a tutorial for battle rows and for changing equipment in battle. To avoid wasting a turn, equip Valkyrie with the Short Bow you picked up earlier before entering the door to the boss. Also, consider teaching Jelanda Fire Lance if you haven't already and making it her action ability – Fire Lance works really well on the Drow Shamans.

You're up against two Drow Shamans and a very hefty, very bulky Ramapithicus. The Drow Shamans have incredibly powerful Fire Lance spells, so it's very important to take them out quickly, or they'll decimate your entire team before you can get to them – this is where Valkyrie as an archer comes in.

With a bow equipped, Valkyrie (and Jelanda at any time) can target the back row at any time. Use this to eliminate the Drow Shamans before they can kill you.

If Valkyrie's bow breaks early on in the fight, it might be a good idea to reload. Without a weapon, Valkyrie's combo is reduced to one hit, and her damage drops significantly.

Before the Shamans are downed, use your melee characters to heal whoever gets hit by spells with Elixirs or, if they got downed, Union Plumes.

Once the Shamans are dealt with, the battle becomes very easy – the brute doesn't deal much damage and you can easily outpace him in healing. 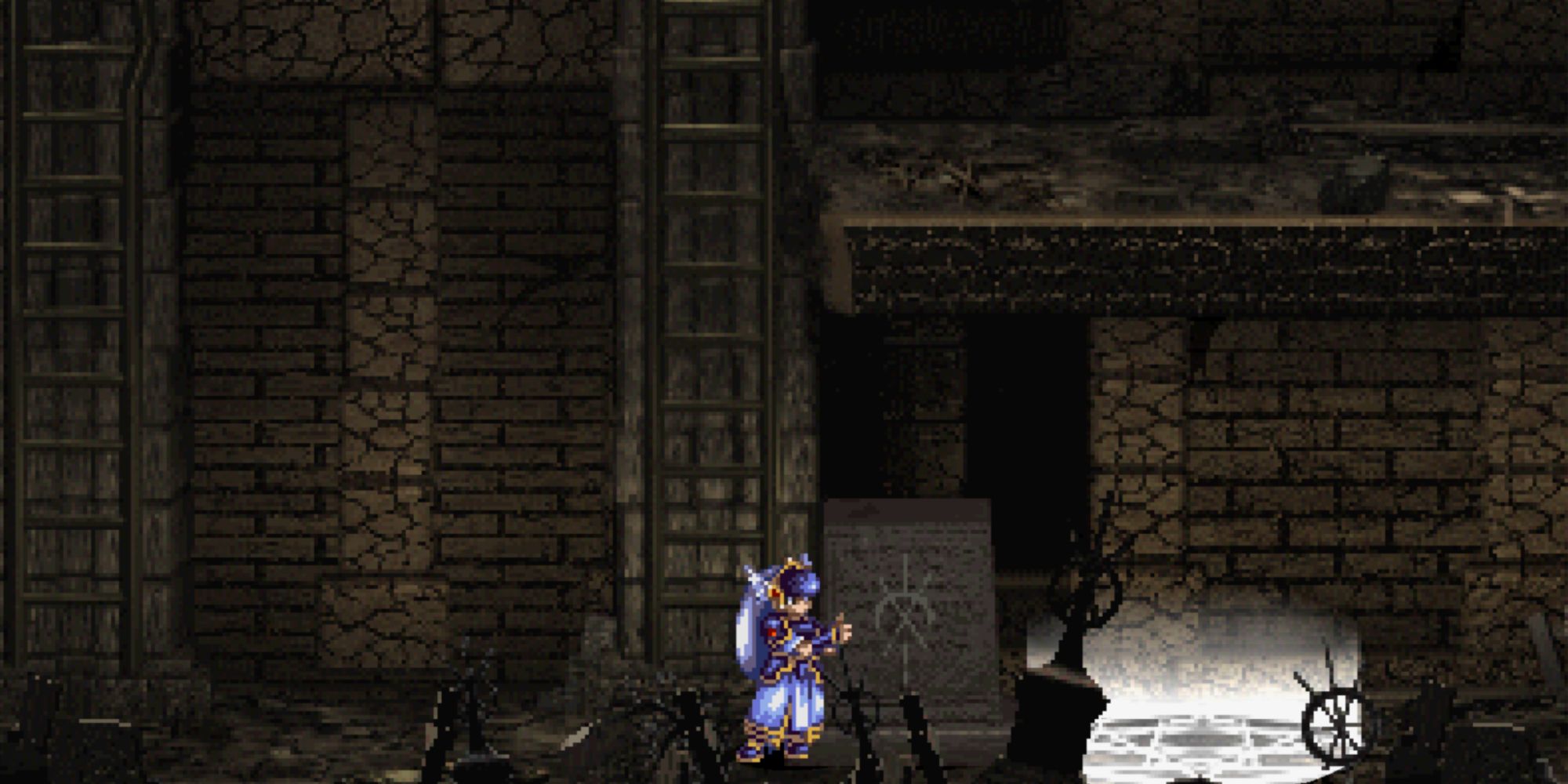 As always, there's no real downside to keeping every artifact, but some are more useful than others.

Before you leave, there are two chests to find on floating platforms that teach the Magic Pow skill to all sorcerers, and the Frigid Damsel spell, which would have been very useful against all the Dragon Servants here. Typical.