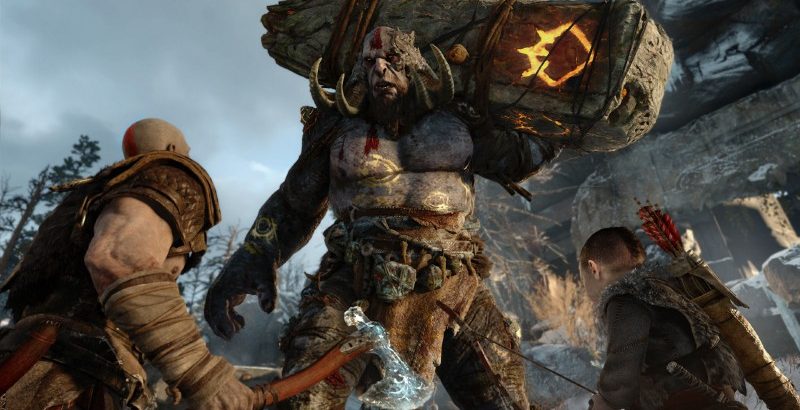 After a leak yesterday, Sony has confirmed that the June 2022 PlayStation Plus games are God of War (2018), Nickelodeon All-Star Brawl, and Naruto to Boruto: Shinobi Striker. This news accompanies word that they won’t be available to you as a PlayStation Plus member until the new and revamped service goes live, which is set for June 13 in the U.S.

You have until June 6 to download last month’s free games, which were FIFA 22, Tribes of Midgard, and Curse of the Dead Gods.

The original story continues below…

“Boy! Get ready to download the latest game I was included in,” is probably what Kratos would say to Atreus if he read this story. That’s because reliable PlayStation Plus leaker source Deallabs has reportedly leaked the June PS Plus games and the lineup includes God of War, Nickelodeon All-Star Brawl, and Naruto to Boruto: Shinobi Striker.

This news comes by way of Deallabs, naturally, as reported by Eurogamer and if it’s like previous months, the former is correct. If this leak does end up being correct, PS Plus subscribers will have those three games to look forward to from June 7 to July 5.

This wouldn’t be the most surprising lineup, especially when you consider God of War: Ragnarok is slated to release sometime in 2022. Perhaps it’s coming sooner than later and Sony is releasing God of War as a way to begin the marketing for its sequel.

This leak, if true, would techincally be the first month of PS Plus post-Sony’s revamp, which includes three new tiers of the subscription service that essentially combine Plus with the company’s cloud streaming service, PlayStation Now. Only time will tell if this leak is like those in months past. We’re likely just a day or two away from finding out what games are officially free to download for PS Plus subscribers in June.

Are you excited about these three games? Let us know in the comments below!