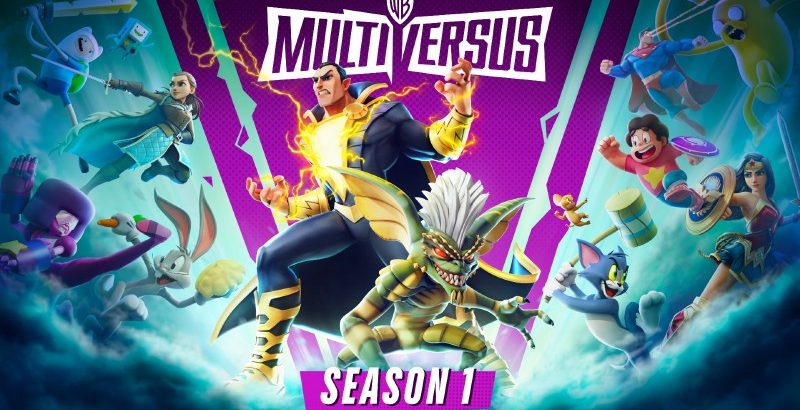 After seemingly leaking by way of an in-game startup screen uploaded to MultiVersus a few hours too early, Player First Games has confirmed that both Black Adam and Stripe from Gremlins will hit the free-to-play stage fighter during its first season. You can check out the official announcement below:

With Season 1 now live, you might be wondering when Black Adam and Stripe will hit the game. Player First Games says the two fighters will join the MultiVersus roster “in the coming months as part of Season 1, along with Morty Smith and Rick Sanchez” from Rick and Morty. Morty hits the game on Aug. 23 while Rick will be released later in Season 1. Additionally, new modes will be added to MultiVersus in the months ahead during Season 1, including Classic Arcade and Ranked.

For more details about Season 1 of MultiVersus, head here for a full rundown of the Season 1 Battle Pass, new skins, and more.

The original story continues below…

MultiVersus finally launched into 1.0 after weeks of beta testing, and while the launch was quite smooth, Player First Games opted to delay Season 1.

However, that brief delay is behind us as Season 1 begins today and you can check out the patch notes detailing every character buff, nerf, and more here. Alongside today’s patch notes, though, came a small leak from Player First Games and MultiVersus itself. Twitter user _FireMonkey booted up MultiVersus and saw a Season 1 startup loading screen a bit too early, as reported by Eurogamer. That’s because this startup screen featured two characters not yet revealed for the roster: Stripe, the antagonist from Gremlins, and Black Adam.

Check it out for yourself below:

As you can see in the screenshot above, it seems Black Adam and Stripe will be joining the roster sometime in Season 1. Black Adam makes sense – Warner Bros. and DC (and Dwayne “The Rock” Johnson for that matter) are in full marketing mode for Black Adam. Stripe, however, is more of a curveball. It’s an awesome inclusion, but also a somewhat random one.

For more, read Game Informer’s MultiVersus review, and then check out this story about the upcoming release of Morty from Rick and Morty. Read about every character buff, nerf, and more in Season 1 after that.

Which of these two characters are you most excited to check out? Let us know in the comments below!