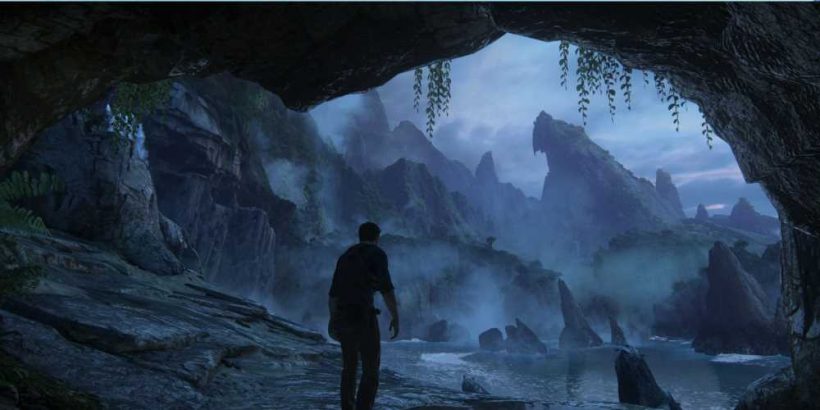 Last month I went to see Avatar’s 4K HDR remaster in 3D in IMAX with laser. I promise this is a review of the Uncharted: Legacy of Thieves Collection. I saw Avatar in 2009 in a small theater and have since watched it a dozen more times at home, but seeing it in a modern, premium format felt like watching it again for the first time. The story was the same. There were no big changes to the plot, new characters, or extra scenes added. And yet, it was still a completely new experience. The theater technology and improved visuals made the world of Pandora feel more real and alive. Scenes I’d seen many times before were given new depth and detail that you would never have seen on Blu-ray in even the finest home theater setup. The marketing was sincere. This is Avatar the way it was meant to be seen – even if it took more than a decade to get here.

Playing Uncharted 4 and The Lost Legacy on PC – particularly in ultrawide – feels the exact same way. This is the same Legacy of Thieves collection that released on PS5 earlier this year – but thanks to the available technology it plays like an entirely new game. It may not technically be the way Uncharted 4 was already meant to be played, but it sure feels like it.

It’s no coincidence that the rerelease of a big Hollywood blockbuster is the best comparison. Every entry in the Uncharted series aspires to be the video game version of a tentpole summer film, and the Druckmann-directed Uncharted 4 is the most cinematic one of the lot. Nathan Drake’s globe-trotting adventure is filled with stunning sights and jaw-dropping action sequences that are exponentially more impressive on PC thanks to cutting edge tech like AMD FSR 2 and ultrawide resolution, either 21:9 or 32:9. You can get a lot more performance out of a beefy rig than a PS5, but if you really want to experience Legacy of Thieves at its best, ultrawide is a must.

I advocate for wide format gaming a lot, particularly for PlayStation Studios games. Horizon Zero Dawn, God of War, and Marvel’s Spider-Man Remastered all benefit tremendously from ultrawide, but if I had to pick one game to show someone the benefit of playing in 32:9 it would be Uncharted 4. The same settings and set pieces that took my breath away the first time I played Uncharted 4 are even more captivating in super ultrawide. From the Scottish countryside to the volcano in Madagascar, exploring the archipelago, and the ruins of Libertalia, Uncharted 4 is as much of a sight-seeing vacation as it is an action-adventure story, and all of those places come alive like never before at a 5120×1440 scale. The library of games with ultrawide support is ever-growing, and Uncharted 4 is the current crown jewel of that collection. This collection should be selling 32:9 monitors the way God of War sold PS4s. The opening boat chase alone is worth the price of admission.

Price isn’t the only limiting factor to playing Legacy of Thieves in its best form. You also need a certain amount of technical know-how and the patience to continue tweaking settings until you get things right. The collection is exceptionally well optimized, but it still takes some work. With the aid of DLSS, I managed to get Uncharted 4 running at 120fps in 5120×1440 on Ultra settings – some of the best performance I’ve seen from any ultrawide game, period. But I also had to work through a lot of trial and error to get there. Even still, defects occur that are worse than anything I saw in the PS5 version. Characters will sometimes T-pose through cutscenes, backgrounds will lose textures or colors, and effects like rain can look terrible if they have the wrong settings on. The Madagascar car chase, my favorite sequence in the whole game, had this weird streaky blurring effect. All the cars had trails that made it look like Nathan was on LSD. Maybe there was a setting that would have fixed this, but I never found it.

The other issue is the fact that the cutscenes don’t support ultrawide, and there’s nothing you can do about it. This didn’t bother me as much in Horizon Zero Dawn, and Marvel’s Spider-Man somehow managed to adapt all the cutscenes to work in 32:9, but Uncharted is constantly moving black bars in and out from the sides to compensate for different aspect ratios, and it really hurts the flow of the story. One of Uncharted 4’s greatest strengths is the way cinematics and gameplay effortlessly weave together, but the illusion breaks completely everytime it has to slam back bars in to squeeze down the image. It’s the one limitation that stops this from being the unquestionably best version of Uncharted 4, but even with that trade-off it’s still the best way to play.

Though significantly less premium in quality, playing Uncharted 4 on Steam Deck has been surprisingly smooth. With the help of FSR 2 I had no problem sticking to 50fps or more, and while it feels like a crime to experience such a massive game on such a small screen, I can’t deny the convenience, or the impressive performance. It’s a testament to the incredible effort that has been put into optimization for this collection. If it can run this well on Steam Deck, it will probably be playable on almost any machine, especially with both super resolution options available.

Don’t think of Uncharted: Legacy of Thieves collection on PC as a port, think of it as a premium format. Yes, the ticket is going to cost more, but the experience you’re getting is incomparable. Thanks to modern PC graphics and ultrawide support, Nathan Drake’s final adventure looks better than ever.