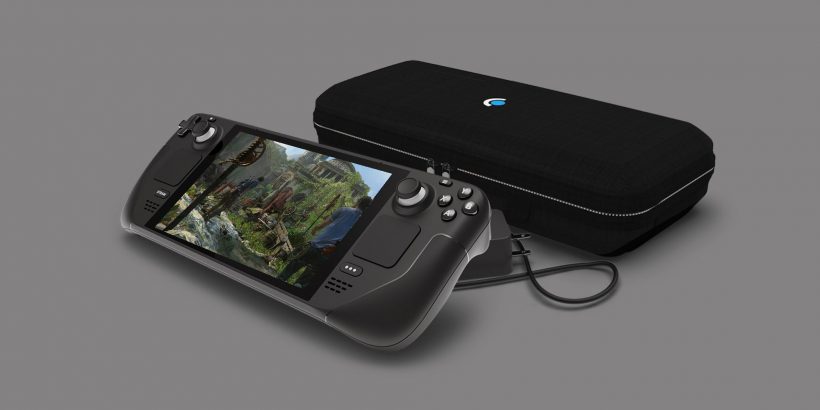 It's been known for some time that Valve's Steam Deck offers bang for your buck considering its portable size and the triple-A games it is able to run. But the Deck is still capable of delivering surprising punch as it's been demonstrated to run Naughty Dog's PC ports of Uncharted 4 and Lost Legacy at max settings.

Shown off by YouTuber The Phawx, who likes to test game performance on various devices, it seems the Steam Deck can run the Uncharted: Legacy of Thieves Collection on the 'Ultra' preset (via PCGamesN). It's been independently verified and the Steam Deck really can knock it out of the park on Naughty Dog's action adventure, with all the bells and whistles visually, and coming very close to the gadget's native resolution of 1280×720.

The Deck can run both Uncharted 4 and Lost Legacy at 'Ultra' settings at 30fps. However, it can't get to a solid 60fps even with AMD FSR 2.0 enabled but there is a way to achieve more stable frame rates if shaders are allowed to compile before diving into the games. With some fiddling around in settings, a solid 40fps can be achieved, but then you might be compromising the visuals a little.

While the Uncharted Legacy of Thieves titles are over half a decade old by now, they remain gorgeous looking games so it's worth running them to their full potential, and Steam Deck owners can be happy knowing they can do so. It's especially impressive as these games were repackaged for the PS5 but it seems the Steam Deck can punch above its weight. While the Deck might not get the solid 60fps of more powerful PCs or the PS5, Steam Deck owners do have the benefit of being able to play these excellent games on the go.

Those wanting a shortcut to the best max settings for the Uncharted Legacy of Thieves Collection on their Steam Deck can check out the video above, where The Phawx guides players through the tweaks. It starts around five minutes in.