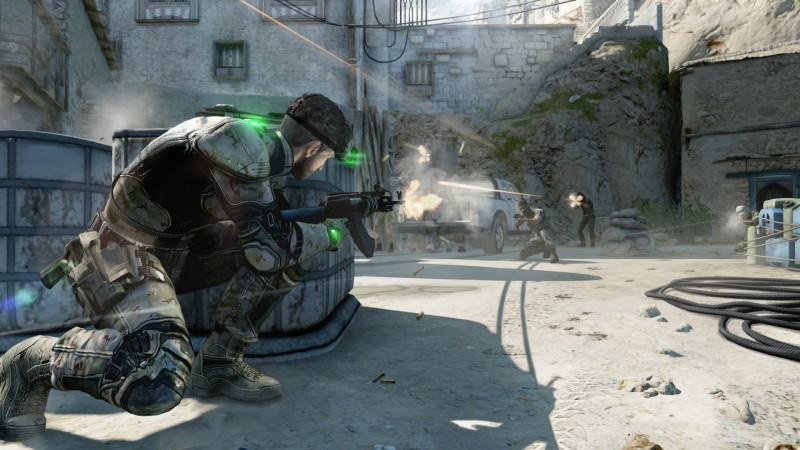 Ubisoft is no stranger to keeping franchises alive as long as they make sense. While it would be nice to get a new Prince of Persia or something like it, games like Rayman Origins and Beyond Good & Evil 2 show that nothing is ever completely off the table at Ubisoft. Still, with as much smoke as there has been about Splinter Cell returning, by both Ubisoft and by potential leaks, it is weird that Sam Fisher is still out in the dark. One problem, apparently, is that Ubisoft isn’t quite sure what to do with a new Splinter Cell game.

In an interview with IGN, Ubisoft CEO Yves Guillemot confessed that fans have a lot of expectations for what the game can and should be and Ubisoft’s developers have some anxiety about meeting those expectations. It’s been a while since players last took control of Sam Fisher and the game industry has changed quite a bit in that time.

“When you create a game, you have to make sure you will come with something that will be different enough from what you did before,” Guillemot told IGN. “The last time we did a Splinter Cell, we had lots of pressure from all the fans saying don’t change it, don’t do this, don’t do that, so some of the teams were more anxious to work on the brand.”

Guillemot did say that there are people looking at and taking care of the brand now, but he’s not able to say anything more. He also pointed out that other brands, like Assassin’s Creed, are much more successful, so developers want to work on those instead. This makes it harder to actually develop the game when resources aren’t there.

Still, it looks like Splinter Cell is on Ubisoft’s mind at the very least. I am wondering what their plan is for releasing a game that meets the pressure from fans.