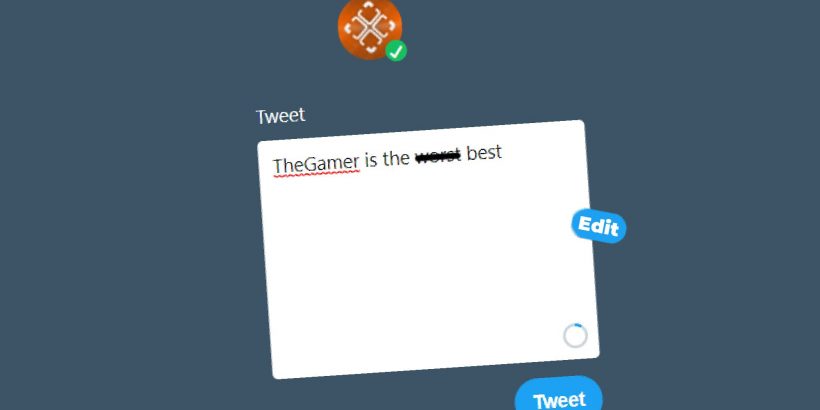 "If you see an edited Tweet it's because we're testing the edit button," the social media platform’s account wrote. "This is happening and you'll be okay."

Twitter said in a blog update that it plans to roll out the Edit button to Twitter Blue subscribers later this month. Tweets can be edited "a few times in the 30 minutes following their publication." Tweets will have an icon, a timestamp, and a label to clearly indicate that they've been edited.

Twitter has been promising an edit button for some time, but had previously stayed just a promise. Earlier this year, Elon Musk gained support for his purchase of Twitter by promising to implement the long-awaited edit button alongside loosening Twitter’s moderation policies. However, that purchase was placed "on hold" in May after Musk demanded verification of Twitter’s total bot and spam user accounts.

Unfortunately for Musk, Twitter refused to provide that information and said Musk waived his rights to perform a more thorough investigation in his purchase agreement. When Musk tried to back out of the $44 billion deal, Twitter then sued him in a Delaware court for breach of contract.

The tale has taken an interesting twist in recent days. In a filing to the SEC, former head of security at Twitter Peiter "Madge" Zatko said that the social media giant’s cybersecurity is incredibly lax, and it does very little to verify bot or spam accounts. This seemed to corroborate Musk’s suspicions, leading Musk to ask Zatko to testify in his lawsuit. A trial date is set for later in October and is expected to last just one week.

According to Reuters, Twitter's attorney said in a court hearing last week that the number of spam accounts was "legally irrelevant," adding that its numbers were merely estimates. Musk agreed to purchase Twitter for $54.20 per share. It’s current stock price is $38.64 as of the time of this writing.