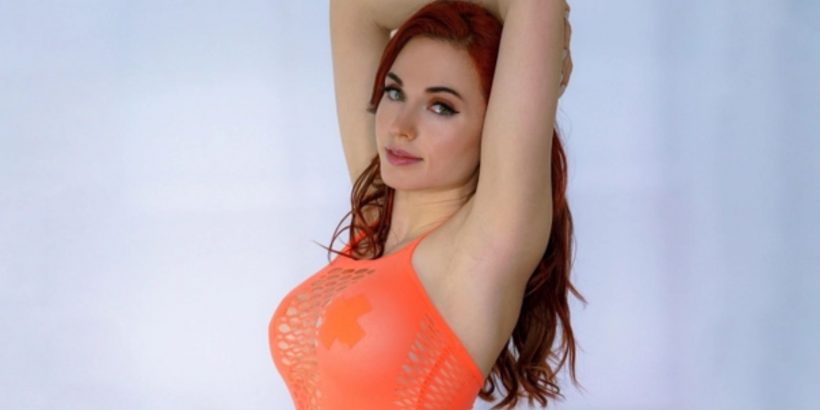 The Twitch hot tub controversy continues today as popular Twitch streamer and one of the leading originators of the “Hot Tub Meta,” Kaitlyn “Amouranth” Siragusa announced that Twitch has suspended advertising on her channel. While the streamer claims no reason was given for the ban, it comes suspiciously after her rise in popularity due to the controversial hot tub streams.

Siragusa took to Twitter today to share the news and call out the Amazon-owned service on their suspension policies and this “alarming precedent” they have established. In her posts, she talks about how Twitch did not reach out to her prior to the suspension of ad revenue and that she had to initiate the conversation. She states that this lack of warning is a precedent that all streamers should take note of and be aware of the fact that “although content may not ostensibly break community guidelines…Twitch has complete discretion to target individual channels and demonetize them.”

One of the biggest issues that Siragusa brings up in her posts is the fact that no distinct line is given to Twitch users about what may or may not be deemed as “not advertiser friendly”. She continued to call out Twitch for their lack of a “known policy for what results in a streamer being put on this blacklist”. Siragusa ended her Tweets by remarking that “the only thing twitch made clear is that it is unclear whether or when my account can be reinstated”.

All of this comes fresh off the rise of hot tub streaming, or “Hot Tub meta,” on Twitch. For those unaware, hot tub streaming is a rising trend where streamers will host a “Just Chatting” stream from, well, a hot tub. While the trend has risen in popularity it has also become a point of debate amongst many streamers with some, like recent participant Pokimane, capitalizing on the trend and others, like xQc, vocally criticizing the trend.

While the streams do not seem to break any of Twitch’s rules, the tendency to lean towards NSFW content on the streams has led Twitch to ban the mention of hot tubs on their platform. Though they have not placed any ban on the actual hot tub streams, as Siragusa proved when she hosted one herself after posting about her ad revenue suspension.