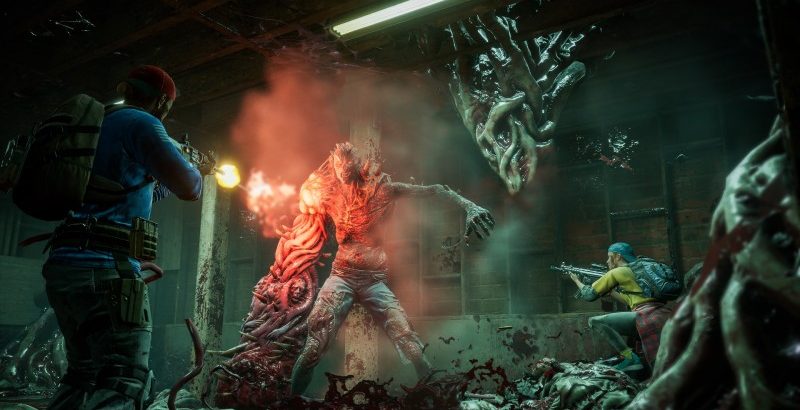 The most recent Back 4 Blood beta period housed a lot of fun and wild zombie kills, but some beta players noticed something was off when running down hordes of zombies. A few videos have been shared on social media from Back 4 Blood players that sounds like the zombies are saying a racial slur. The original video began gaining traction, causing other players to note similar instances heard in-game.

With the N-word seemingly being said by the undead, the videos quickly went viral, causing WB Games and Turtle Rock to quickly make a statement regarding the find. In the tweets below, the first two videos that went viral can be seen. The community seems divided on what it is. Some are saying it just sounds like a zombie moan, while others swear that it’s a slur. What you hear is for you to decide, but the studio has made a statement regarding whether or not a slur was intentional (via Kotaku):

Bro they gotta do something with this line pic.twitter.com/5As1I6oDlA

The full statement reads as follows:

Our team has been made aware of offensive language that can be heard when playing the game. This was not recorded or ever intended to be part of our gameplay. The audio is a result of two different Ridden growls that are playing simultaneously and when heard together sound like that word. We are working diligently to fix this issue, which should be completed either in time for the Beta, or when the game launches.

While we didn’t catch any sounds like this during our most recent Gameplay Live, there is some strong language to be heard. Holly, for instance, loves dropping those F-bombs, so if you’re streaming to a PG audience, that’s something to keep in mind when the next beta period commences on August 12.

To learn more about the Left 4 Dead spiritual successor, including our own interviews with the creator of the game and his thoughts on mods, cheaters, and more, check out our dedicated Back 4 Blood game hub here.