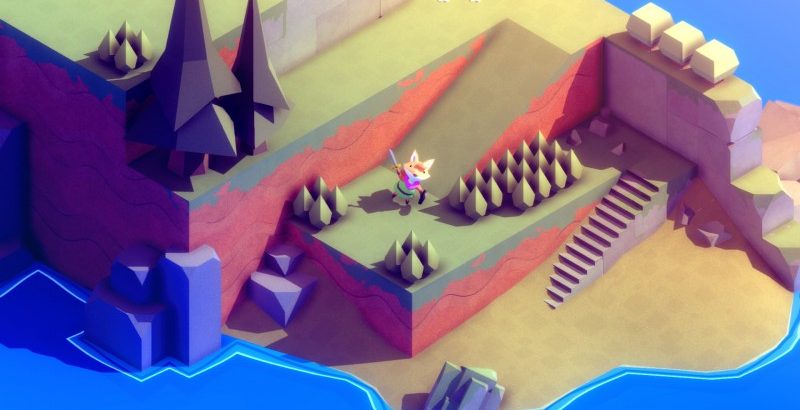 The long-awaited indie, Tunic, just released, and it’s one of Game Informer’s best-reviewed titles of 2022 so far. Part of the game’s magic stems from its cryptic nature, and even the simplest things, from where to go to how to use items, can be puzzling. So, having beaten the game and uncovered many of its hidden secrets, I’m ready to dish out some specially constructed hints. These spoiler-free suggestions won’t rob you of the satisfaction of figuring things out for yourself but may just help you avoid pitfalls. 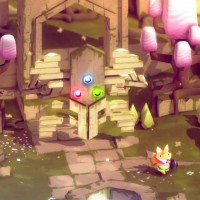 Tricks of perception and cleverly disguised routes are usually the primary obstacles blocking players from sparkling rewards. However, the few chests I missed in my first playthrough were literally walled off. If you find an area is just too suspicious, and you haven’t found any other solution, try taking a page out of Link’s playbook to combat the tricky barrier.

If that doesn’t work, look closely. While odd coloration keeps secrets from being obvious, wall designs are fairly regular. You’ll perhaps notice that regularity is disrupted in certain places, something you’ll want to investigate further. That being said, don’t bog down your game by scrutinizing every partition you see. Tunic’s design isn’t unduly obtuse, and there will be other signs, usually in the booklet or a chest in plain view, that the wall is blocking your way.

Think Souls, Not Zelda In Combat

Tunic is fairly intuitive –especially if you’ve been playing games for a while. This is why the combat can really sneak up on you. In a game where all the visual clues point to Zelda, Tunic’s combat plays much more like a Souls title.

Careful, measured attacks are the name of the game here. Going in swinging away will cost you precious stamina and give enemies a chance to land a devastating blow. To avoid this, take each encounter, from common grunts to big bosses, slowly. Try to get a sense of the opponent’s moveset before striking, and battles will go a lot more smoothly.

You’re going to come up against some surprisingly tough boss fights during your playthrough. Don’t feel pressured to beat your head against the wall when it comes to enemies that feel too tough, particularly early in the game. Go off and explore other avenues, and perhaps you’ll find something to help. Or pick up more treasure that you can exchange for more handy consumables. That big bad won’t know what hit it when you charge in with a full arsenal of boss-beating tools.

Despite what the last tip says, be cautious about draining all your hard-earned currency on consumable items. All enemies littered throughout each level will drop spendable treasure on defeat. And you won’t lose all your wallet’s contents if you die, so it’s easy to feel flush with funds. However, there are some higher-priced reasons to keep a little bit in savings as you fight through the world. Remember to budget for the unknown.

Tunic’s isometric view is perfect for concealing little details. Enticing prizes seem to hover slightly out of reach, and secret passages hide just behind unseen corners unless you know how to look for a solution. Luckily there is a little trick that can help you uncover much-needed clues.

Even when out of combat, you can use the lock-on button to move the camera ever-so-slightly. It won’t reveal much, but sometimes the slight angle change can mean the difference between claiming a prize or walking away frustrated.

The Road Not Taken

In a game defined by secrets, if it feels like you missed something, it’s possible you did. Tunic is packed with branching routes that cause the world to seem delightfully intricate. While venturing your way through these winding paths, making several choices on which one to follow, it can be easy to leave one with an important objective unexplored.

The instruction manual – see tip one – will give you a sense of what to expect in each location. So, should you find yourself at the end of an area, you know something important is in this place, and there are no more hints in the book, double-check that you didn’t skip a critical path. Keep in the back of your mind that the isometric perspective can hide a critical opening to an uncharted area.