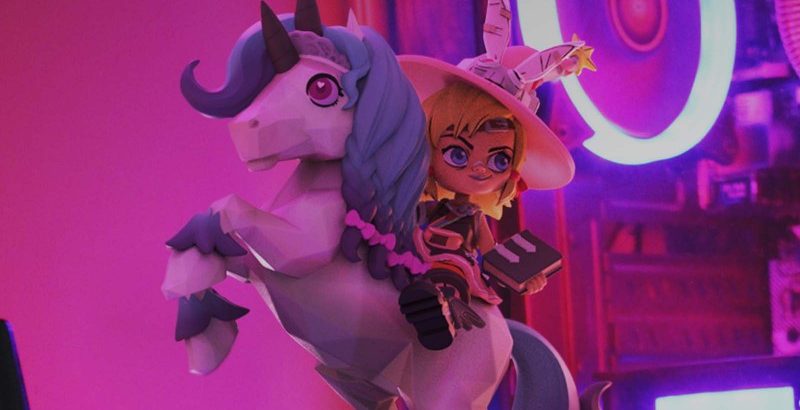 Tiny Tina’s Wonderlands’ impending release next year means not only will Borderlands fans have a new game to dive into, but they’ll also have plenty of new merch to pick up and collect. Those who are partial to the Dungeons and Dragons-inspired Borderlands 2 DLC, Assault on Dragon Keep, and the expanded vision of that aesthetic in Wonderlands will have plenty to look forward to, such as this lovely piece available for pre-order now.

Mighty Jaxx is now taking pre-orders for the Tiny Tina & Butt Stallion (523 Edition) collectible. This “suuuper beautiful” 8″ figurine depicts Tiny Tina decked out in her witchy regalia, riding on the back of the infamous diamond pony herself, Butt Stallion. In true Borderlands fashion, there’s also plenty of loot that comes along with the purchase of this resin statue.

For the asking price of $199.99, you’ll also receive a handful of additional items, including an Epic Games Store code to download Tiny Tina’s Wonderlands, five character cards, two 4″ Tiny Tina’s Wonderlands Mighty Jaxx mini-figures, and 3,000 Mighty coins (a currency used through the loyalty program on the collectible maker’s website). These bonus items won’t come in the box with your fanciful statue, however. You’ll have to verify your Tiny Tina & Butt Stallion figurine via a QR code through the Mighty Jaxx app to receive the game code, order the extra figures, and collect your coins.

Tiny Tina’s Wonderlands is scheduled for a March 25, 2022 release. While the game key provided with this figuring will only benefit PC users, the game will also be available for PlayStation 5 and Xbox Series X/S.