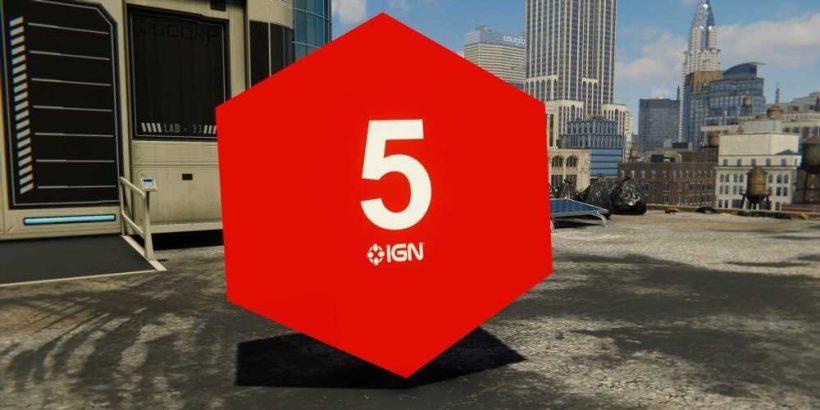 Gotham Knights' launch hasn't gone as smoothly as many had hoped. Met with mixed reviews from both critics and fans alike, Gotham Knights has faced complaints of performance issues, bugs, and just being plain disappointing. This, however, is good news for Marvel fans, looking for an opportunity to dunk on their comic book rivals.

One Spider-Man Remastered modder has done just that, releasing a mod that makes fun of Gotham Knights' poor launch. The "Gotham Knights IGN Review Score" suit is exactly what it sounds like – replacing Spider-Man's entire character model with the low score IGN awarded the Batman game in its review. It's a great way to make fun of your pals who were looking forward to the co-op DC experience, but it might look a little off in cutscenes.

In case you needed further convincing, mod creator Princec23 has shared a video of the new suit in action. Well, calling it a suit is hardly accurate – it replaces Peter Parker's entire character model.

Unsurprisingly, the mod is getting a fair bit of attention over on Nexus Mods. In less than 48 hours, it's amassed over 3,000 views, with plenty of comments commending it for its savagery.

While not all outlets reviewed Gotham Knights so low, it's easy to see why many have found it disappointing. As we covered earlier today, the game is full of bugs right now, with some of them preventing progress. Documented glitches range from falling through the map, gliding through walls, and even encountering immortal enemies. What's stranger is that these enemies also float and meditate, which is an odd default animation for NPCs, although it just makes the whole thing funnier.

If you're willing to give it a go despite the criticism, then Gotham Knights is available now on PC, PS5, and Xbox Series X/S. However, if you'd rather try out this daft mod, you can pick up Marvel's Spider-Man Remastered on PC.