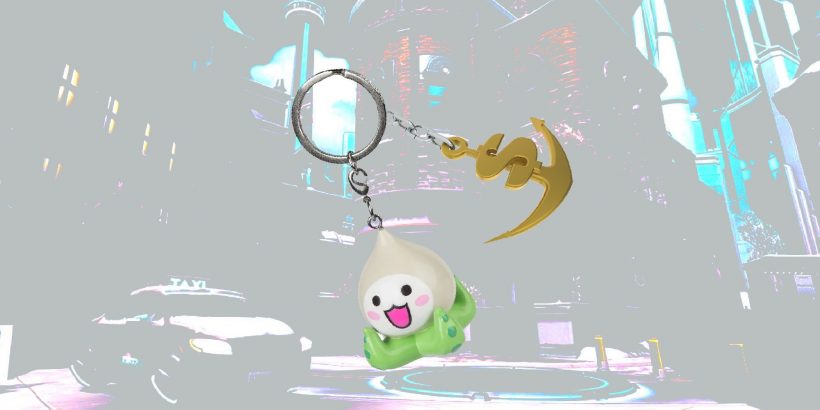 One of the biggest points of contention within the Overwatch 2 community right now is how expensive the store is, a consequence of going free-to-play that has many players actively wishing for the loot box days and calling out everything from overpriced legendary skins to greedy seasonal events that ask for even more money. You know you've messed up when people want loot boxes back.

I'm sure you can see where this is going but as it turns out, it's actually more expensive to buy the charm within Overwatch 2 than it is to buy it as a tangible real-world item. The real Pachimari charm is selling for $5 on the Blizzard store, while it currently costs 700 coins to buy in Overwatch 2.

Let's run the math while I stagger over how much a simple charm costs in Overwatch 2 right now. Considering 1,000 coins costs $10 overall, it works out to roughly $1 per every 100 coins. That means that the Pachimari charm is worth around $7 in Overwatch 2, $2 more expensive than it is on the Blizzard store.

However, it's not quite as simple as that. The minimum purchase of coins in Overwatch 2 is 500 coins for $4.99. With no option to buy 200 coins, that means that, unless you've got some saved up already, you'll need to buy at least 1,000 coins to buy the Pachimari charm. As pointed out by PCGamesN, even if you bought Overwatch 2's most expensive coin bundle, which is 11,600 coins for $99.99, the conversion rate means you'd still be paying more than $6 for the Pachimari charm, still somehow more expensive than the real-world version.

It's worth noting that things are a little more normal in the UK, with the Pachimari charm costing around £8 instead of its value of £5.87 ingame. Still, you'd need to buy nearly £10 worth of coins in order to get the Pachimari charm in the first place, so it's somehow still more expensive to buy in Overwatch 2.

That was just a lot of maths to get the point across, but it's yet another example of how expensive Overwatch 2's monetization is, and yet another example of players being pissed off about it. The aforementioned Reddit post about the charm has hit over 46.4k upvotes on Reddit, quickly placing it as one of the most-liked posts on the Overwatch subreddit. If that's not a sign that your playerbase is annoyed at you, I don't know what is.