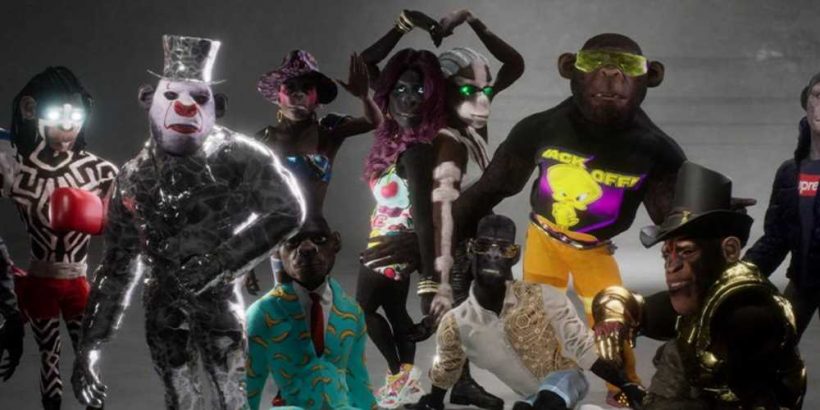 A few months back, we found out how the creator of the Evolved Apes NFT project managed to scam a whole bunch of people out of $2.7 million dollars. They started by creating 10,000 NFTs that were all minor variations on the same cartoon ape and then sold them with the promise of using the funds to create a simple fighting game starring each of the 10,000 apes. The idea here was that anyone who purchased an ape would be fighting using a character that they "owned."

But instead, the creator made off with the money and left everyone holding a bunch of worthless ape jpegs. It was all a classic "rug pull” scam.

Now, I'm not saying that Ape Fight Club–the upcoming fighting game from the Nifty Ape Nation NFT community–is also a scam, but there are some distressing similarities. First, it's a fighting game starring ape NFTs, although Ape Fight Club will have a much more reasonable roster of 888 apes once every NFT is minted. Second, there's a lot of memestock crypto-bro language on the Nifty Ape Nation Twitter, such as diamond hands and rocket ship emojis, along with the now-infamous #amc and #gme hashtags.

And third, Nifty Ape Nation is making a lot of promises for Ape Fight Club that seem pretty hard to keep. For example, each of these 888 apes will have their own unique fighting style and will "level up and add value after each fight!" And then there's this promise from the Nifty Ape Nation Discord FAQ's about adding AI to your NFT so that each ape "can be made intelligent with a brain." This will apparently allow your ape to communicate in up to 27 different languages.

But what really concerns me the most is just how bad the game looks. Nifty Ape Nation has so far only been able to provide a 2-minute trailer of Ape Fight Club which doesn't really live up to the promises. Every character seems to have the same set of moves with no variation. Each ape also uses the same grunts and "hi-yas!" And then there's the little blue bars at the bottom of the screen that would normally be power gauges in modern fighting games, but they don't seem to do anything in the trailer.

Nifty Ape Nation promises to release Ape Fight Club after all 888 ape NFTs are minted. It’s a story I’ve heard before, and I know exactly how it ends.