One of the staples of Kingdom Hearts is that Sora changes his outfit every couple of games. Although your favourite outfit is going to be subjective, one of the most beloved is the one that was introduced in Kingdom Hearts 3, which made Sora look more athletic and a little bit older.

So far, however, that outfit has only appeared in Kingdom Hearts 3, Remind, and a little bit of Melody of Memory. Thanks to the work of modder TieuLink and DA, you can give Sora's love of plaid a headstart and give him the outfit within Kingdom Hearts 2. 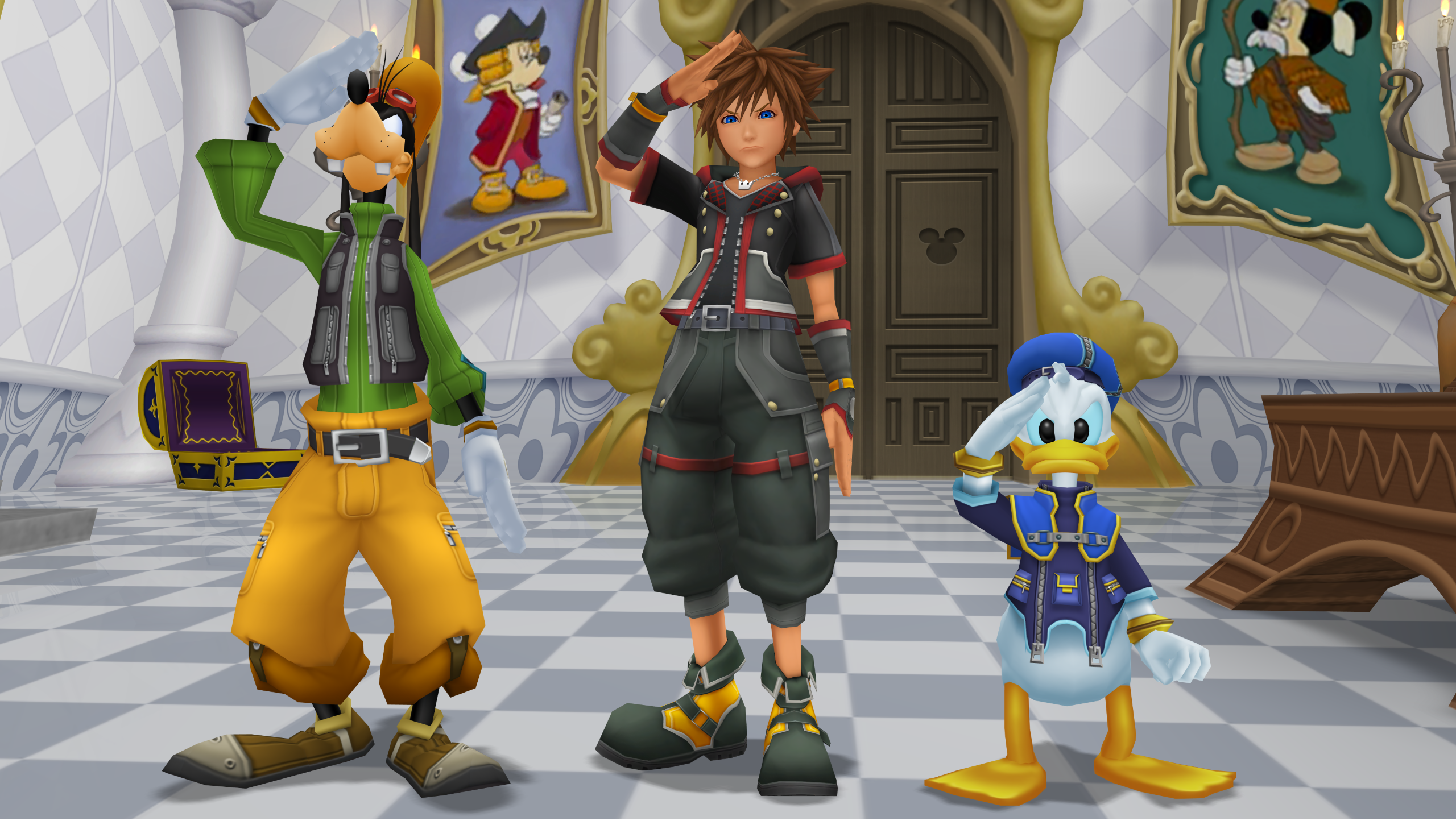 The mod is available now on NexusMods and replaces Sora's main outfit and drive form outfits with his Kingdom Hearts 3 clothing. It also appears to make his hair a bit darker and shorter to match how he appeared in the third game.

Interestingly, this isn't the first time that Sora has had his Kingdom Hearts 3 outfit in Kingdom Hearts 2's engine. Towards the end of Melody of Memory's story mode, the player is briefly given the chance to play as Sora in a music battle against Master Xehanort and he's given this outfit and hairstyle but in the engine that Kingdom Hearts 2 ran on.

It's no coincidence that this model looks similar, as the creator of the mod, DA, said that this mod is based on that model, "The model is a heavily edited MoM model edited down to lower the poly count to reduce the filesize to fit within the memory limitations so that it doesn't end up crashing at certain points in the game. All form textures were also made by scratch by me by splitting the main base form texture into parts and using actual parts of the kh3 textures for getting the colors and patterns each form uses as close as possible to the actual kh3 model."