CD Projekt Red’s successor IP to its acclaimed The Witcher series may not feature the titular character himself, but that doesn’t stop artists from imagining. Geralt of Rivia has been thrust into the world of Cyberpunk in an artist’s creation, and the result will probably be the coolest thing you’ll see today.

Tencent illustrator RX shared their creation on ArtStation, which plucks Geralt of Rivia from his usual, medieval setting and places him in the bustling, neon streets of Night City. RX has a stunning library of creations with a medley of fantasy and the futuristic, including an established series of The Witcher characters within Cyberpunk 2077. The artist’s reimagining of android Geralt doesn’t just stop at one image. RX’s post continues into an extensive concept that includes his weapons, tech, and his trusty mount Roach.

Beginning with the main design, Geralt can be seen sporting bulletproof body armor under a bulky, green jacket – rocking his silver locks tied back in a ponytail. With a gun in one hand and a screen map in the other, Geralt’s backdrop is the labyrinth of Night City and his companion is a motorcycle called Roach. The head of Geralt’s prey can be seen preserved in a tank next to him, carrying it around the underbelly of the city as a trophy. It may be fan art, but Cyberpunk Geralt would be an incredible character to play in the action-RPG. 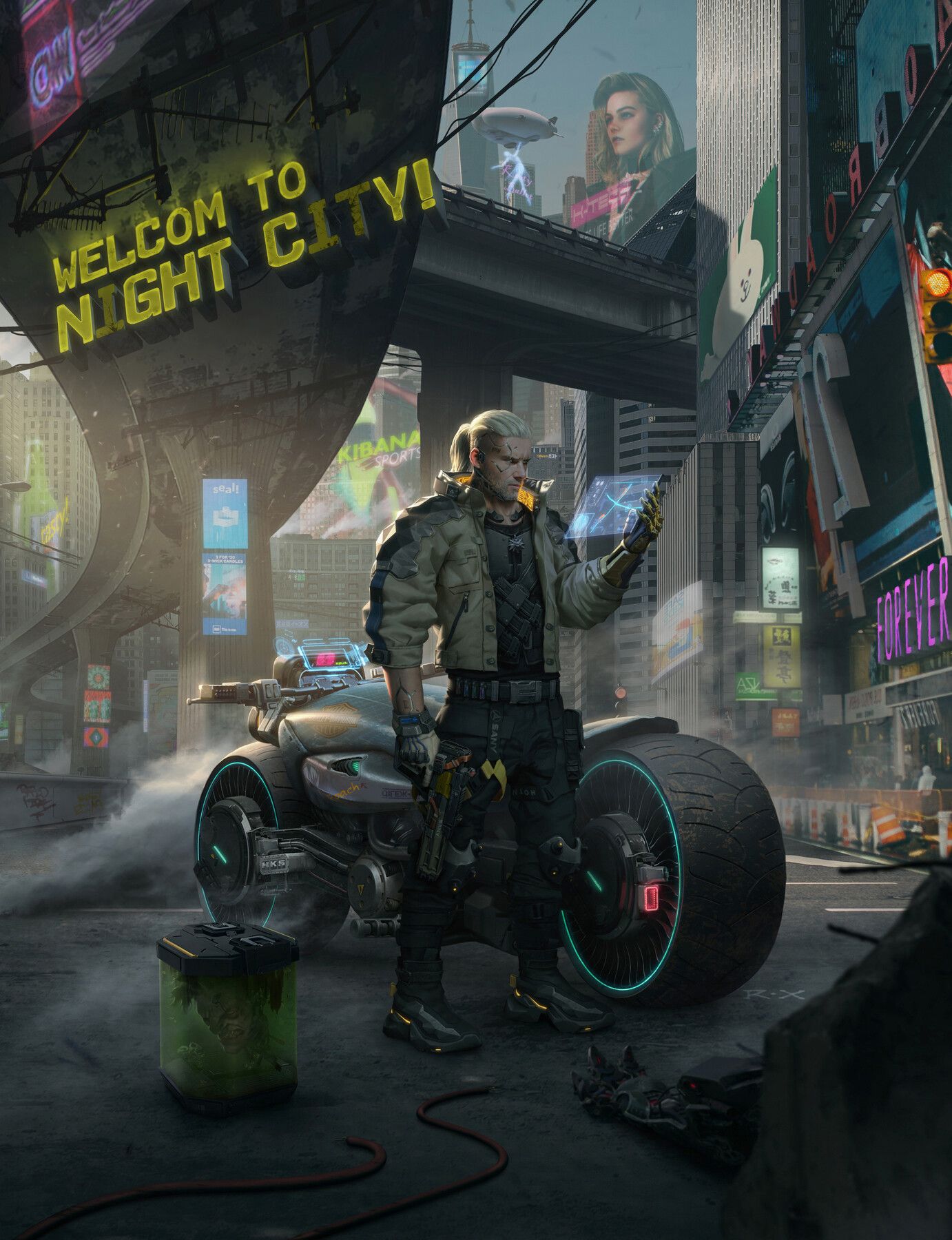 Cyberpunk Geralt also sports a robotic arm that has different battle modes, including Shockwave mode, Flamethrower mode, Energy Shield mode, and Hack mode. RX also swapped The Witcher’s signature dual swords – the Iron and Silver sword – for a Plasma Pistol to kill cyborgs and a Revolver to silence humans. Geralt possesses an audio-visual enhancement system and Nanobot potions, however, the highlight of his Cyberpunk persona has to be Roach. From horse to motorbike at Geralt’s side – giving off intense Knight Rider vibes – Roach’s electronic heart and “Roach” sticker is an impressive feature.

Geralt of Rivia’s voice actor Doug Cockle will be pleased to see his character imagined in Cyberpunk 2077, as the actor had previously been hoping for a cameo. With dreams of voicing an Afterlife bartender called “Gerry”, Cockle was disappointed that the Polish developer never approached him to fulfill his vision.