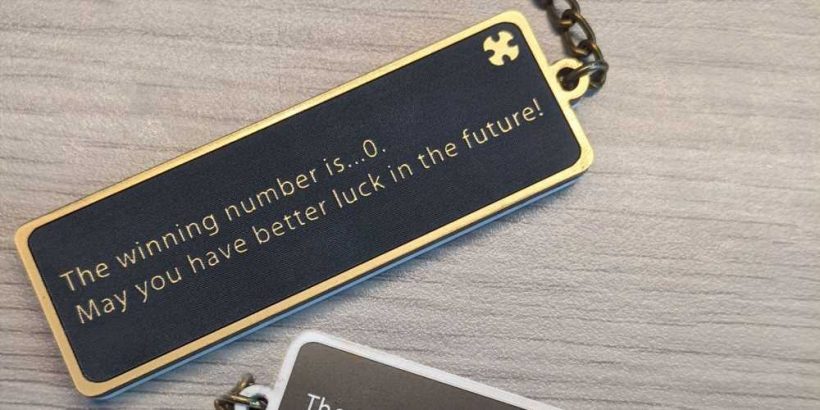 If this gives you flashbacks to the infamous queuing problem when Endwalker dropped, you're not the only one. The same Final Fantasy 14 fan who created merch to immortalize that phenomenon has returned, crafting a keychain charm that references the bugs that are stopping players from purchasing houses. They've even gone on sale if you want a memento to help you treasure the memory of yet another messy FF14 update.

"Lol I'm so sorry", writes the creator, Clinkorz, sharing a video of the charm. Clinkorz didn't waste any time at all crafting this merch, as it comes just hours after complaints about the lottery system went viral.

The "FFXIV Housing Lottery Error Meme Keychain Charm" is on sale now for $20, and there's still plenty in stock if you want to pick one up for your troubles.

The text on the charm depicts the two bugged error messages players have been receiving since the new system went live. One side references an issue in which the lottery draws the number zero – a number no player can receive. This means that no one gets the property, regardless of how many people are interested. This can be particularly irritating if you were the only buyer, believing that you had it in the bag. The second side shows a bug where it just says that there were no participants in the lottery, so it doesn't go ahead. In many documented cases, this happens even if there were participants.

It's not clear when the issue will be fixed on Square Enix's end. Until then, at least, it looks like the fans are making the most of it.