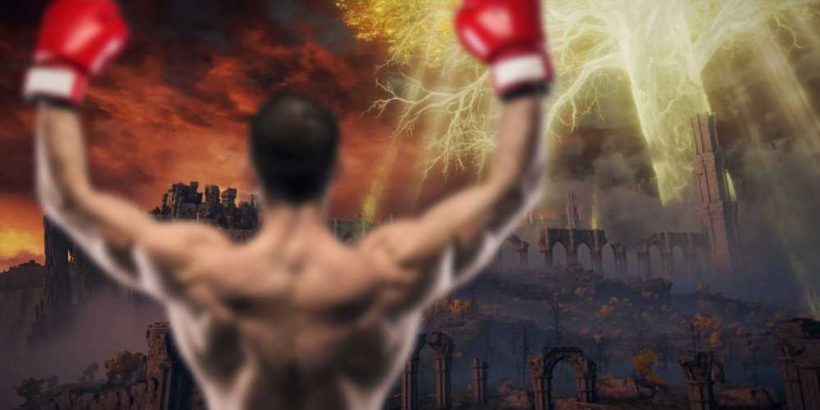 Elden Ring is tough at the best of times, even if you have the Mimic Tear Ashes and Rivers of Blood, but what if you had neither and wailed away at every single boss and enemy with nothing but your two fists? That's what GinoMachino did, punching everyone from Morgott to the Godskin Duo to the Elden Beast like an angry drunk in a Tesco car park.

"The entire run took us 58 hours and it was so much fun that I'm a little upset it's over", GinoMachino tweeted. "Maybe in the future we can try to do some more bosses like this."

Those 58 hours start to make sense when you consider the Herculean gauntlet some of these fights ended up being. The Godskin Duo, which they toppled last week, took five and a half hours to beat. Fists aren't exactly viable in the Land's Between, though the world does revolve around Two Fingers. The Fire Giant likewise took five and a half hours, making that 11 total for just two bosses.

Weapons scale, you can upgrade weapons, and you can buff weapons, but fists? Nope. They are the exact same pair of hands you had in the tutorial – the same pair that GinoMachino used to punch their way through Stormveil Castle. By the time they reached the Elden Beast, those fists hadn't changed one bit, and they don't get stronger with your stats either.

If you fancy trying it, you'll have to get ready for hours on each fight, which means not only punching away until the health bar ticks to zero, but staying focused and in the zone for those same hours so that you don't get taken out by a stray attack. And you can't pause for a piss or to get a snack – once you start, you're committed.