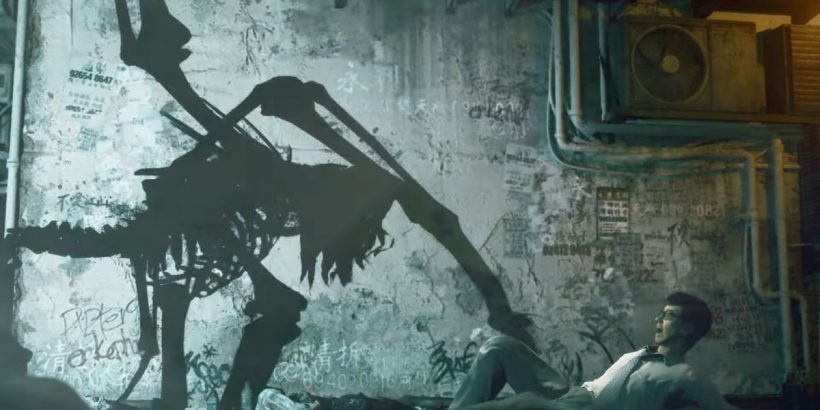 The Game Awards is meant to be a celebration of past work in gaming — as well as a glimpse of future games to come. But this year definitely had a different feel than previous ceremonies, and it’s probably because the show was stuffed top to bottom with incredibly scary monsters. It seems like horror is having a moment, because the most memorable moments of last night focused on scary beasts who will find you and murder you.

Even what we thought of as comparatively tame now has the potential for a big jump scare. You might not think of Among Us, the social sabotage game in which members of the crew are replaced with alien impostors, as a scary game. But now that it’s coming to VR, it’s going to get a bit more visceral.

Of course, that’s nothing compared to some of the gruesome sights in the rest of the show, which included every terror you can imagine, from swarming rat hoards, to creepy alien carapaces, to monsters exploding out of people’s faces.

We saw Captain Titus of the Ultramarines fighting back waves of Tyranid genestealers, a voracious group of aliens that devour worlds in order to fuel their crusade. Destiny 2’s Witch Queen expansion looks unusually grim. Alan Wake 2’s trailer had a full on jump scare where a blood-splattered man leers menacingly into the camera. It’s the first survival horror game for Remedy Entertainment, so we can expect more monsters (metaphorical and otherwise) to emerge. And don’t even get me started on Senua and her battle against a baby giant man.

Then there was Slitterhead, a survival horror game from the director of the original Silent Hill. Slitterhead showed a series of normal looking people turn into horrifying flesh-spider monsters, and it is deeply unnerving. One moment, an enemy just looks like a regular person. The next thing you know, they’re a Dead Space necromorph bone creature crawling around on brutal bone blades. That’s not great!

In a show that was already pretty heavy with horror, Slitterhead stole the show. But while they had the most inventive monster of the night, there were still plenty of other scares to contend with.

And then, of course, there’s Gollum — the only game announced last night that’s brave enough to let you play as a monster. Look at him! He’s just a little guy. I guess he comes from a book or something? In any case, he’s just another example of how this year’s Game Awards was drenched in horror. It’s an interesting look at the industry, and we should prepare to have our socks shocked off over the next couple of years. Good luck!