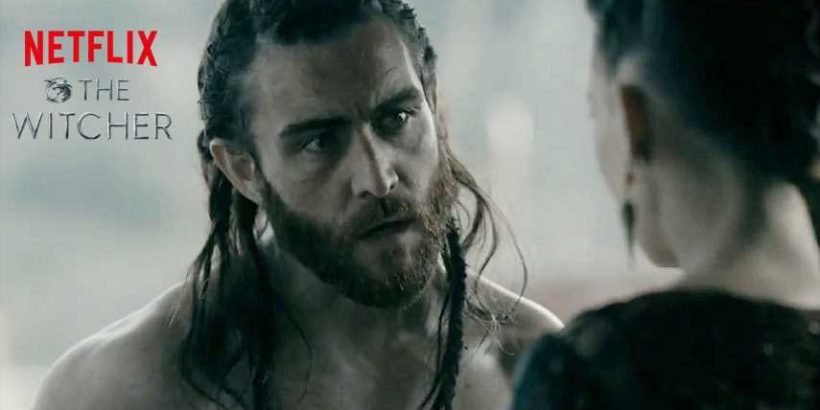 The Witcher: Blood Origin spin-off from Netflix has found its lead male actor. Irish actor Laurence O’Fuarain, who has participated in Vikings and Game of Thrones, will play warrior Fjall. The upcoming show will tell of the events 1,200 years before Geralt’s story from The Witcher.

Andrzej Sapkowski’s The Witcher was destined to become a great hit, though almost after twenty years his works remain obscure. Even the writer himself never quite believed his universe might become one of the most recognizable modern IPs. Thanks to CD Projekt Red and now Netflix, The Witcher is on track to build an even bigger army of fans with The Witcher season two incoming, as well as other projects being developed.

Netflix’s The Witcher official Twitter account announced the appointment of Laurence O’Fuarain to portray one of the most important characters in the upcoming The Witcher: Blood Origin spin-off. The actor will play Fjall, a descendant of a clan of warriors sworn to protect a certain King. The warrior leaves the clan after he loses his beloved in battle. In his journey for redemption across a continent in turmoil, Fjall teams up with wandering outcast Eile.

Eile is the main female character in The Witcher: Blood Origin series. She will be played by Jody Turner-Smith, known for her roles in The Last Ship, Nightflyers, and Queen & Slim. The heroine is an elite warrior blessed with the voice of a goddess, who has left her clan and position as Queen’s guardian to become a nomadic musician.

The Witcher: Blood Origin is set in an elven world 1,200 years before the world of The Witcher. The spin-off will tell a story about the creation of the first prototype Witcher, and the events that lead to the crucial “conjunction of the spheres,” when the worlds of monsters, men, and elves merged to become one. If you’re still unfamiliar with Sapkowski’s universe, The Witcher: Blood Origin seems like a nice starting point from the lore perspective.

The Witcher season two will bring a lot of fresh blood to the screen, with Cassie Claire playing sorceress Philippa Eilhart, and Graham McTavish being cast as spy Dijkstra. In addition, the Wild Hunt is making their way to season two via the first leaked images, yet unconfirmed by Netflix. The Witcher season two is expected in 2021 with Henry Cavill returning as the show’s main star.

Next: I Am So Glad Netflix Has Cast The Perfect Dijkstra For The Witcher