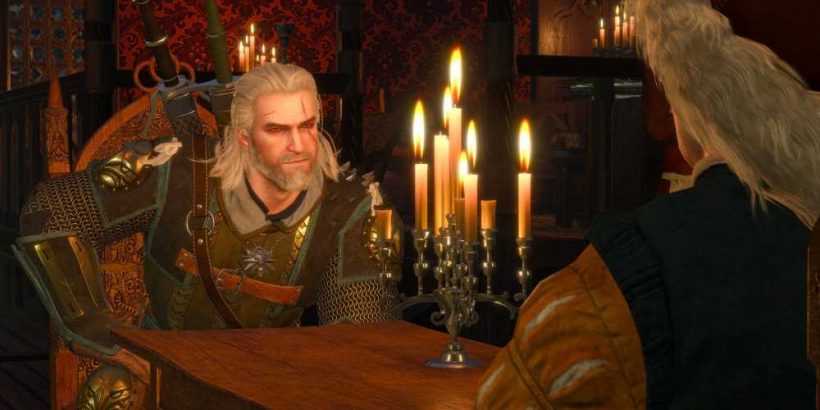 I’ve tried to play standalone Gwent games, and it never clicked. I normally love it so much that it’s all I ever do in The Witcher 3, but strip it away from Geralt and his adventures to find Ciri, and Gwent suddenly isn’t as enjoyable, especially given that it’s trying to wedge itself into the same market as the vastly superior Hearthstone, Marvel Snap, and Magic: The Gathering Arena. But going back to The Witcher 3 with its current-gen update, I finally get why Gwent doesn’t work on its own – half the fun is adventuring to find each card.

You start by getting a card in the tutorial zone’s tavern after you and Vesemir arrive on your search for Yennefer. From there, you have a quest – collect ‘em all. That means talking to every merchant and innkeeper you meet, playing Gwent with every major NPC you can find on your quest, and taking part in tournaments against the best Gwent players across the Continent – all this while Ciri and Yen could be in mortal danger. Getting more and more cards requires traveling, fighting monsters, and leveling up, unearthing all of Velen and Skellige. Strip that away and Gwent reveals itself as the shallow card game it is.

What Gwent boils down to is who has the best cards. There’s little else involved – I’m always going to beat this random merchant from a small town who has a few one-point sword cards because I have three unkillable legendary heroes worth ten points each, whose value can’t be changed with frost. To try and balance that is to completely rewire Gwent, essentially creating a new card game. Online games are hardly fun if you’re up against completely unbalanced opponents who will win purely because they’ve played more. 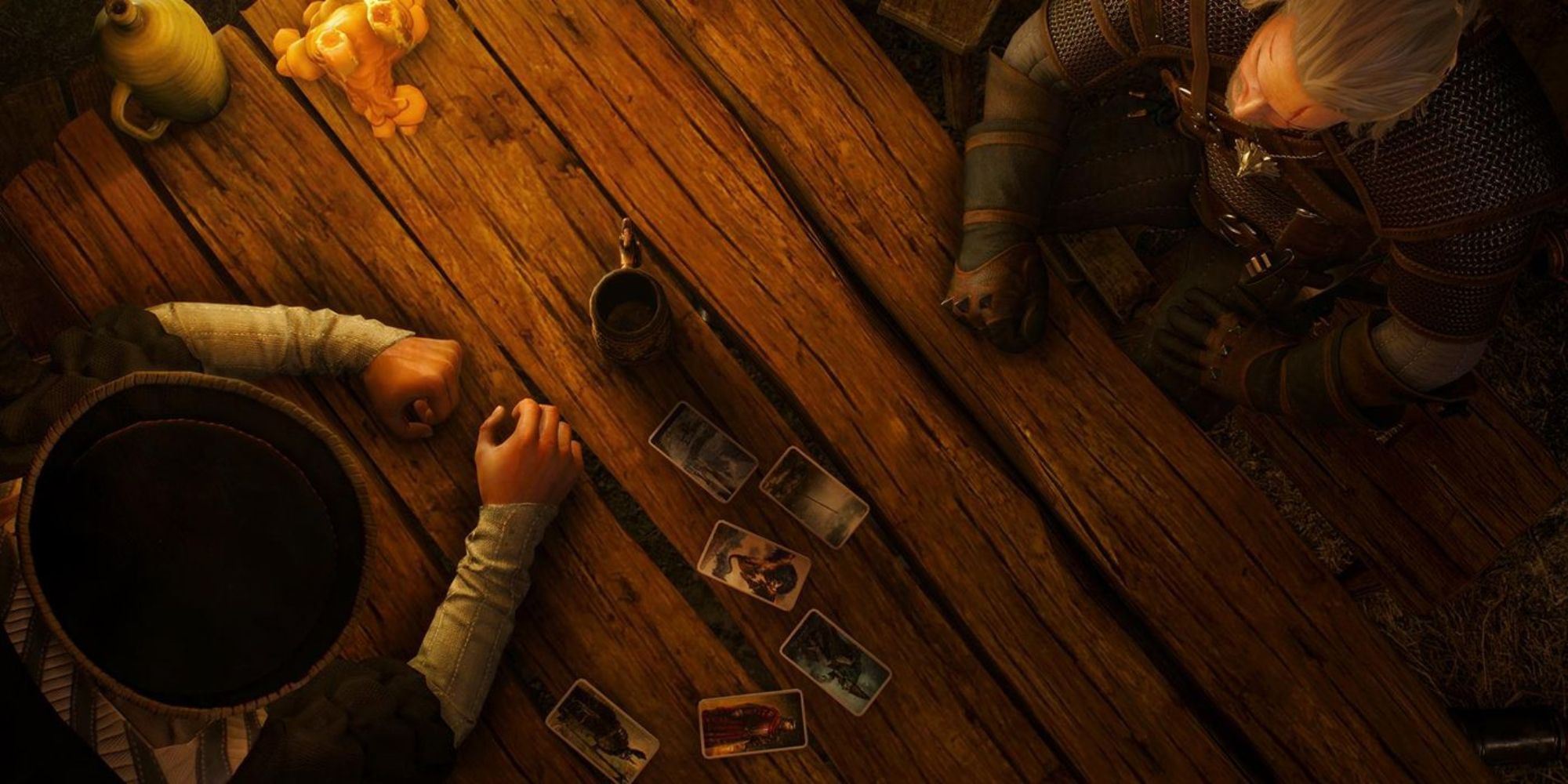 However, that's the whole hook of Gwent. The fun is in seeking out those overpowered cards to ensure your victory. There’s a rush when you wrap up a game and unlock Ciri or Vesemir or one of those little agents that you can play on the other side of the board to get even more cards, and that rush is what keeps me exploring, going from town to town in hopes that it’ll have a merchant willing to play. I’m not visiting these towns for the quest board or any contracts, but to try and grow my collection, and that’s what makes Gwent so special. It inhabits a rich world that is fun to explore in its own right, but Gwent gives it that added oomph that motivates you to dig deep into every nook and cranny.

There’s certainly fun in overpowering your opponents and completely steamrolling competition, which is shown like nothing else when you beat cocky elites who have clearly paid their way to get the best cards on offer. I don’t exactly see some of the high society tournament types dredging their way through swamps to meet random merchants in hopes of getting a powerful deck. But even if that’s what draws you to Gwent, a standalone version rips that away in favour of balance, given that you’re playing online against other players.

I don’t think Gwent will ever work on its own – it has to be a fundamentally different game. So much of what makes Gwent tick is that adventure tied to The Witcher 3’s open-world, and to the sheer power you can unleash on the poor sods who simply can’t compete. Maybe CD Projekt Red will keep trying, and likely failing, to get a Gwent game off the ground, but I’ll still be bouncing around in The Witcher 3, enjoying my 100 vs 13 power games with my ridiculous deck I scrounged from the top of Skellige’s mountains and the underbelly of Velen’s criminal scene.