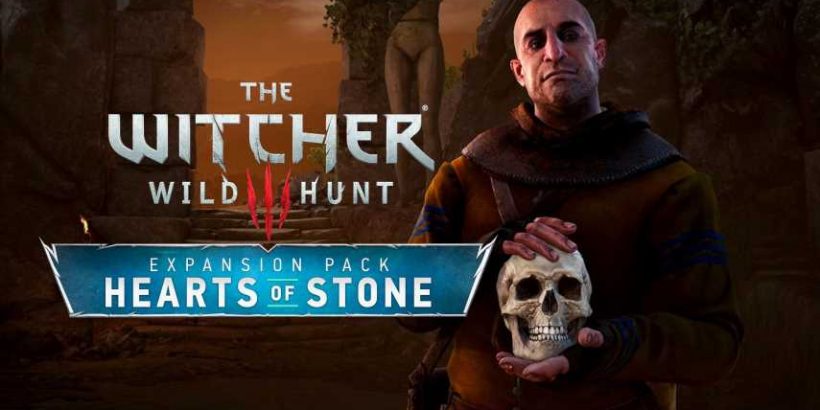 We meet Gaunter O’Dimm back in White Orchard, long before he becomes a pertinent role in The Witcher 3’s Heart of Stone expansion. Though he appears to be good-natured, helping Geralt a couple of times throughout the game, the witcher isn’t without his suspicions, which are quickly validated in the expansion.  O’Dimm is revealed to be a supernatural con-artist of sorts, making contracts with people and offering them their deepest desires in exchange for their souls.

The DLC consists of Geralt characteristically finding himself wrapped up in one of these deals, enlisted by O’Dimm to help collect a troublesome debt from Olgierd Von Everec. When the events come to a head, if Geralt stands back and lets O’Dimm take Olgierd’s soul, O’Dimm will reward the witcher by granting him one wish.

If Geralt tells O’Dimm he wants to be “as swift as the wind,” Gaunter will give him a fancy black saddle and tattered caparison for Roach. This ‘Caparison of Lament’ grants Roach 100 stamina and confounds a random opponent when they come within a certain range. 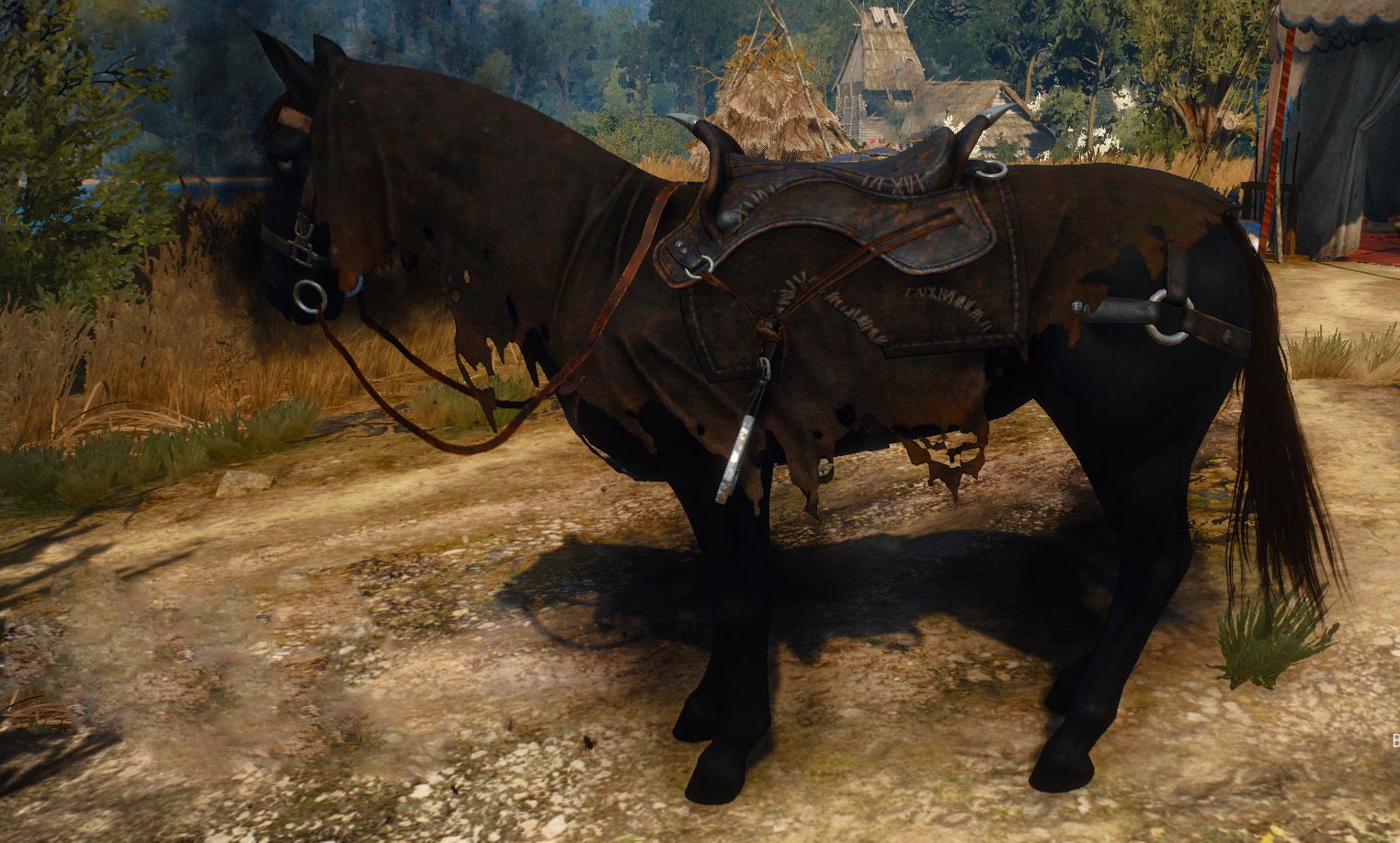 The saddle is made from a curious sort of hide that is always slightly warm to the touch. So not only will Geralt dazzle his enemies and turn wearisome travels into swift jaunts, he’s got heated seating now as well. This tricked out tack will make Roach the envy of every stableyard across the Continent. Not to mention it’ll keep Geralt’s bum nice and toasty on those bitter mountain treks up to Kaer Morhen for the winter.

Geralt can also choose never to go hungry again, which on a witcher’s salary of sparsely tossed coins can prove a difficult dream to fulfill. If he chooses this reward, O’Dimm will give Geralt the ‘Horn of Plenty,’ providing the witcher an endless supply of food. Each time Geralt pulls from this cornucopia of sustenance, he will receive 40 vitality and 25 vitality regeneration during combat for a five-second duration.

Geralt may prefer a bottomless carafe of vodka instead. This reward would certainly keep the witcher and his liquor happy friends like Zoltan, Dandelion, and his witcher brethren sated and stumbling around indefinitely. It’s unlikely Yenn would approve of this choice, given the dress incident that occurred the last time Geralt and his friends drank excessively. However, the limitless hard-alcohol supply also serves a more practical purpose, never leaving Geralt short on the base ingredient for his alchemy crafting.

I’d have to agree with O’Dimm that being rich is a woefully banal wish and not nearly as valuable as the other resourceful rewards on this list. But, when the witcher’s code comes down to monsters and money, you can’t blame Geralt for not passing up a 5,000 crown payout.

After the ordeal Geralt has experienced throughout the Heart of Stone expansion and learning the true nature of Gaunter O’Dimm, Geralt may decide to accept nothing from him. Choosing to wash his hands of O’Dimm and have no further dealings with the schemester may be the most moralizing choice on this list. However, there is one last wish which is absolutely invaluable to Geralt. 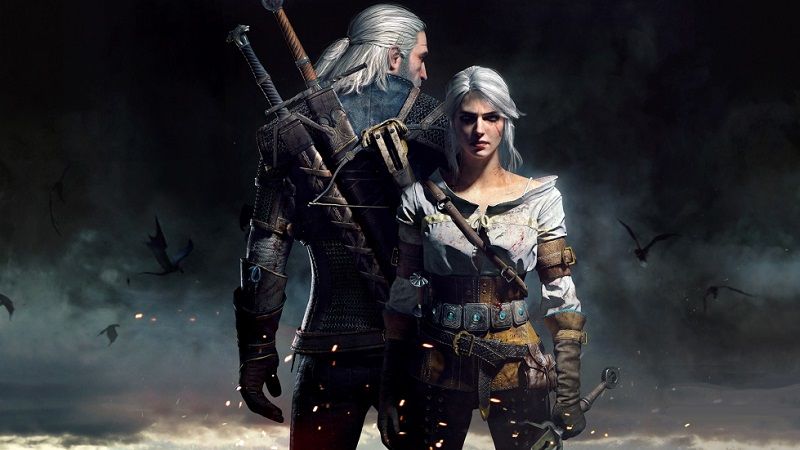 If Geralt tackles the Heart of Stone expansion before finding Ciri, then Gaunter O’Dimm’s last offer will be more meaningful than any reward. Despite the misconception he would have you believe, Geralt is, in fact, not devoid of emotion. Canonically the stoic witcher’s greatest wish would be to reunite with his little witcher girl and see her safe and happy.

Geralt can tell O’Dimm he wishes to find Ciri. Though he cannot locate her, O’Dimm prophecizes several scenarios for when Geralt does and offers him some parenting advice on each one. As there is some debate over the ‘best’ ending for Ciri, we won’t call it that. But if Geralt heeds O’Dimm’s advice for each of the following scenarios, he will achieve the ‘witcher ending’ for Ciri.

She will come to you resigned, defeated. Find a way to make her laugh.

Without giving too much away, Geralt will need to decide how to comfort Ciri after the battle of Kaer Morhen. He can do this by either having a drink with her or engaging Ciri in a snowball fight. Though a round of drinks can be good for a laugh, that’s not the mood in Kaer Morhen after the battle. Choose snowballs.

One will betray her. Let her vent her rage.

Ciri will learn some upsetting news about a supposed friend, and Geralt will have the option to either calm her down or encourage her to vent her rage. While calming her down may seem like the responsible parent thing to do, you need to let her go for it this time.

She will grieve a friend. Grieve with her.

Geralt will have to break the news to Ciri that one of her friends who helped her evade the Wild Hunt earlier in the game has since passed. Despite being on the precipice of more pressing matters, she will want to visit his gravesite. Please don’t tell her there is no time.

Fear will engulf her. Instill courage in her, but do not act in her stead.

The Sorceresses of the Lodge summon Ciri at one point, and she will be understandably trepidatious about meeting with them. Geralt has the option to attend the meeting and speak on her behalf, but it is better to bolster her confidence and let her confront them alone.

Never, ever let her feel as if you’ve sold her out.

This is a direct reference to accepting the bounty Emporer Emhyr offers Geralt at the start of the game to find Ciri and bring her to him. Geralt can choose to disregard Emhyr’s wishes all together, but if he does decide to bring Ciri to Nilfgaard, accepting payment makes for a painfully awkward cut scene. 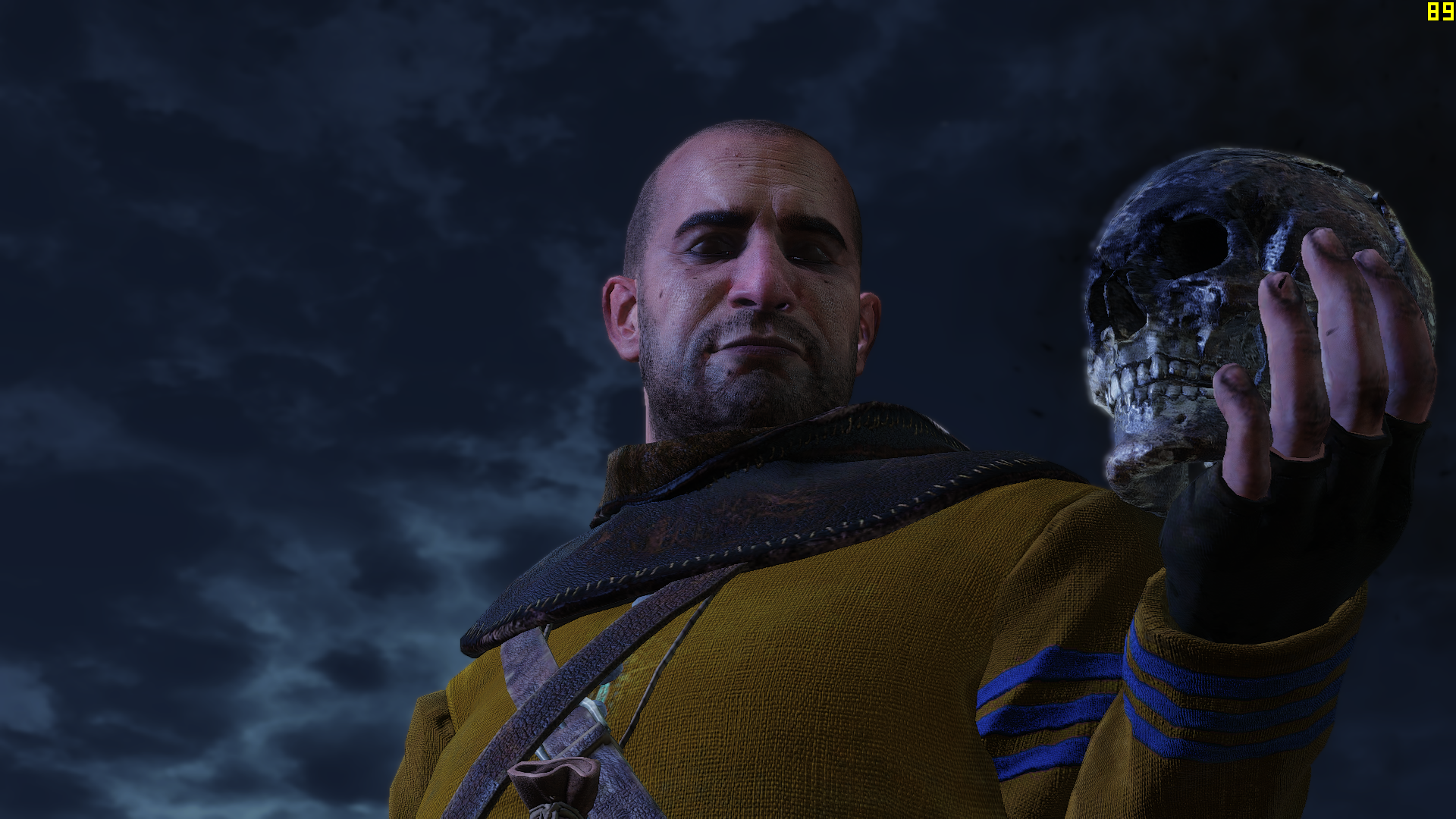 There you have it, the bounty of rewards offered if Geralt decides to let Olgierd die. Siding with O’Dimm or Von Everec is a classic case of choosing a lesser evil as Olgierd is certainly no saint. Some may even view it as a mercy to grant him death. However, O’Dimm has an enticing way of tipping the scales if you find yourself torn between these two.

NEXT: World Of Warcraft: A Timeline To Understanding Shadowlands 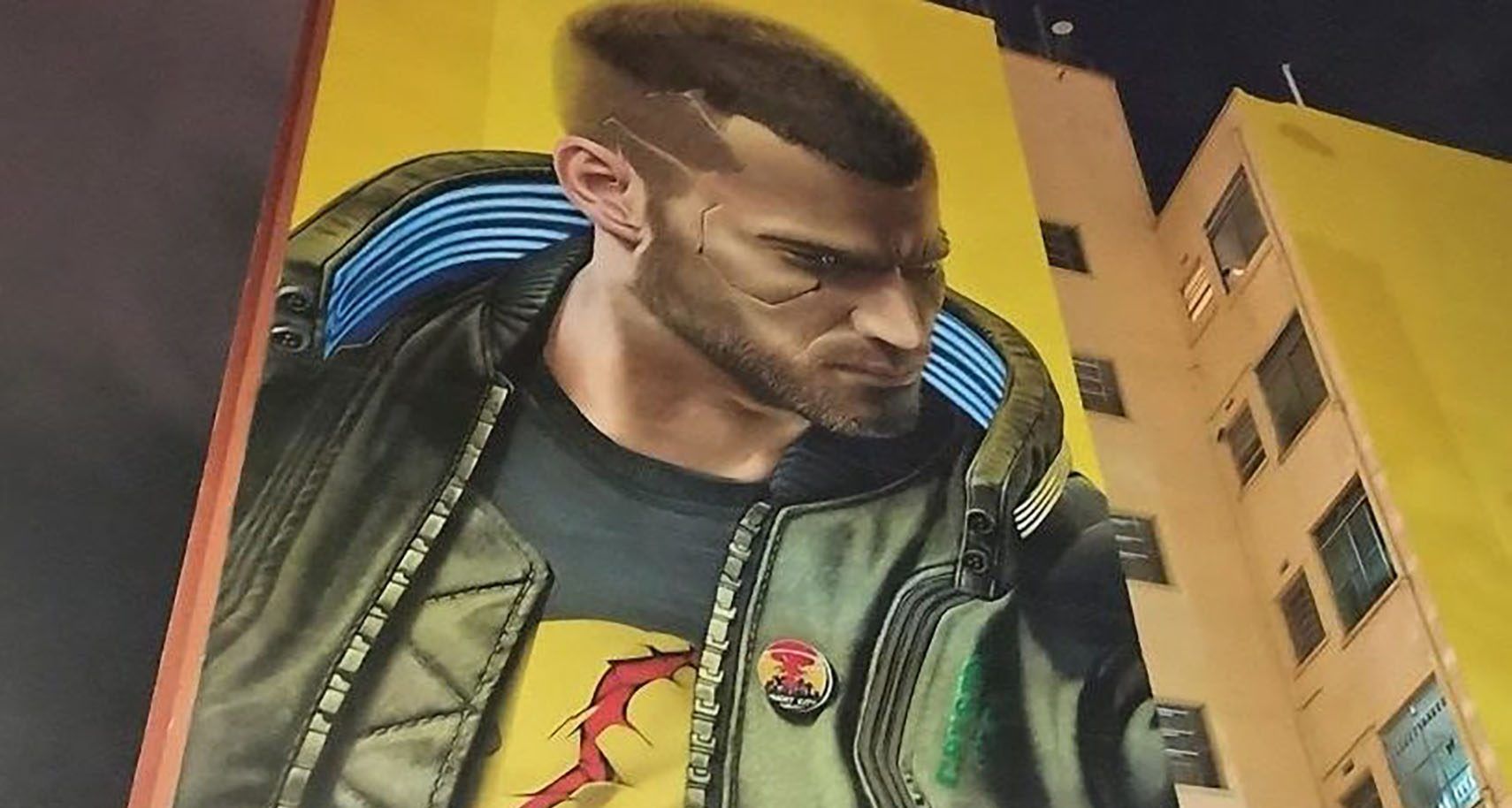