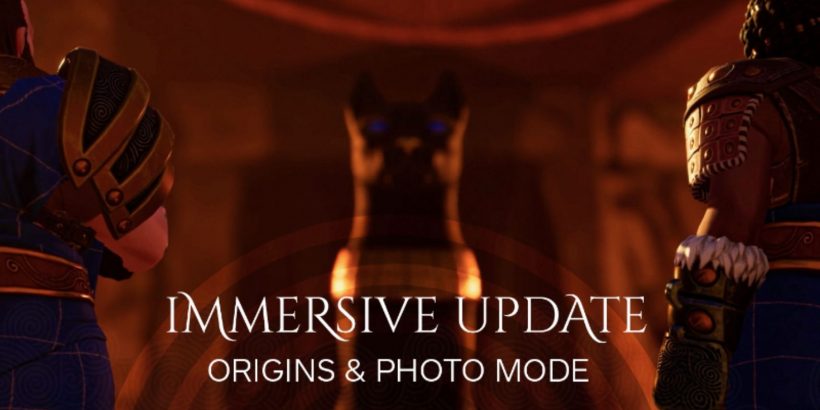 Gato Salvaje Studio recently updated its upcoming Celtic mythology RPG The Waylanders with the Immersive Update, which added new immersive origin stories with accompanying videos for eight of the game’s characters. The update also includes the new Photo Mode, and numerous other changes and improvements.

According to The Waylanders Early Access Roadmap, the Immersive Update is the second of three updates Gato Salvaje Studio has planned for this winter. The next update scheduled for later this January will include game language localizations for Spanish, Latin American Spanish, French, German, Simplified Chinese, Russian, and Galician. Additional lore, visual updates, and bug fixes all round out the final polishing work that’ll be done in the final weeks leading up to the hopefully-on-schedule launch this Spring.

The Waylanders offers you eight character origins to choose from during character creation. In order to help you feel more connected to the character you create, and to The Waylanders’ world in general, each character origin has been updated with a fully immersive video describing their backgrounds in deeper detail. The origin videos are linked to below:

If you’re currently involved in The Waylanders Early Access, it’s worth it to create new characters to experience these new origin stories with and see how it affects your gameplay immersion. If you’re not yet playing The Waylanders, these videos may be great for helping you decide which character origin story you want to roleplay through the game with on your first time.

“The Waylanders has been heavily influenced by many of the best RPGs we’ve played over the last few decades. Part of creating a character shouldn’t just be what they look like, but also where they’re from and how they tie into the story you’re about to jump into.” said Gato Salvaje Studio Creative Director, Sergio Prieto. “Assuming your character hasn’t just sprung into existence, they should feel as if they’re part of the world. These new origins give our community deeper insight into not only the world we’re building, but also how history weaves together with myth in The Waylanders.”

Throughout its development, The Waylanders’ visuals have been increasingly improved. With this updates’ new Photo Mode addition, you’ll be able to capture your favorite gameplay moments to share and show off the game’s graphics at the same time. The patch notes list the Photo Mode Controls for keyboard and mouse players as well as for the Xbox controller.

A few quest improvements are also included in the Immersive Update, with a focus on “cinematic improvements, dialogue adjustments and minor bug fixing” for the main quest, secondary quest, loyalty quest, and tasks.