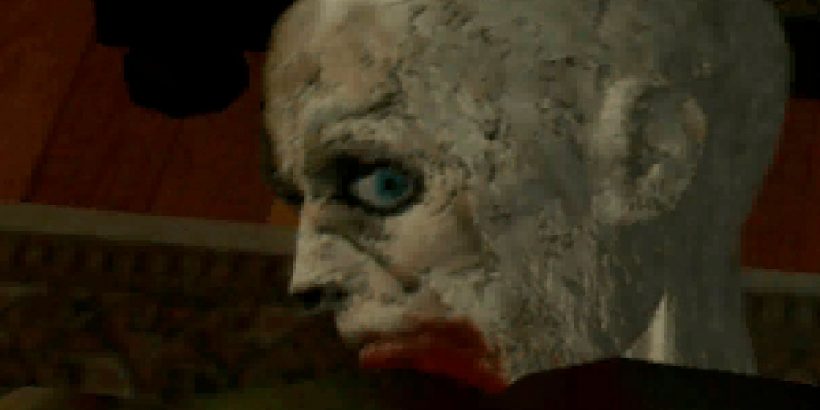 Most of the zombies you encounter in the Resident Evil series are anonymous cannon fodder. Nameless, shambling corpses that exist solely to give you something to shoot at—or run away from if you're low on ammo. But one in particular, from the original PlayStation game, has not only been named by series' creator Shinji Mikami, but has its own page on the Resident Evil wiki too. It's probably the most famous zombie in the series, and for many players, the first one that ever came hungrily lunging for their sweet, delicious brains.

Resident Evil's dingy, isolated Spencer Mansion is home to all manner of creepy, dangerous creatures, including undead dogs, giant spiders, killer plants, and bipedal reptiles that can slice your head off in one fatal swoop. But it's the classic George Romero zombies that are the real stars. The corridors of the mansion echo eerily with the sound of their lurching and groaning. They're slow, but fixed cameras mean it's easy to dash around a corner, get ambushed by one, and lose a significant chunk of health when it chows down on your flesh. 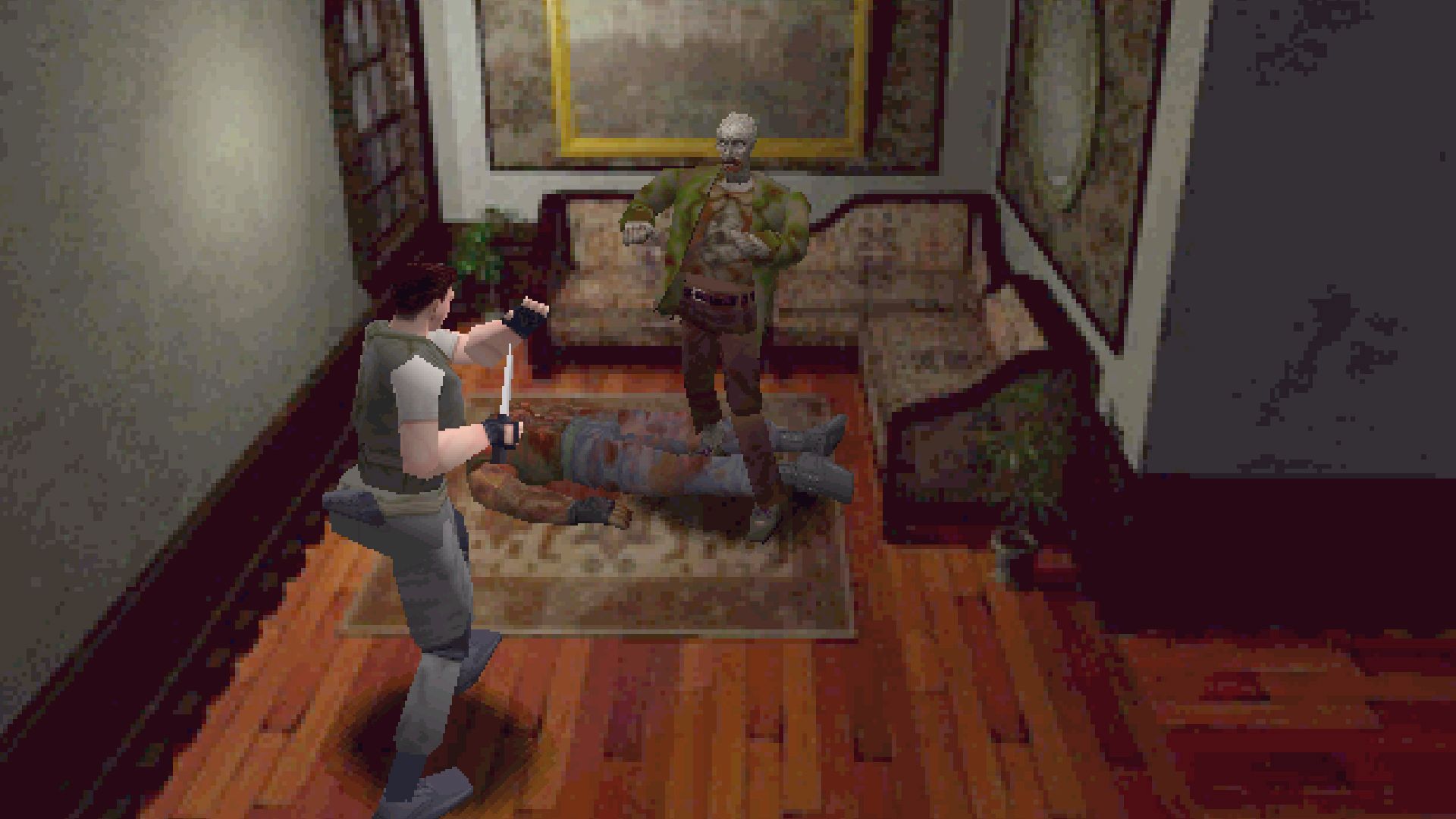 Your introduction to these former humans comes early in the game, in a moment that is both iconic and strikingly subtle. You turn a corner that has been purposefully obscured by one of those claustrophobic camera angles, and the game switches to a pre-rendered cutscene that was state of the art in 1996. A humanoid figure, cloaked in shadow, is hunched over, acting strangely. Suddenly, a pool of blood appears below it and it turns its head to face you, revealing a rotting chalk-white face, a bloody mouth, and cold, dead eyes.

Shinji Mikami later christened this otherwise unremarkable zombie the Turning Around Zombie. There's nothing special about it, but its place in gaming history has been sealed. It's interesting looking back at this cutscene, because there's so little to it. Today, the Resident Evil series is constantly outdoing itself in grossness, scale, and spectacle. But in the original game, one of the most impactful and enduring moments is a simple head turn. A zombie slowly, calmly rotating its head and just looking at you. It does a whole lot with very little.

Resident Evil is often written off as being a game full of corny jump scares. Granted, it has a few of those—most notably that pack of zombie dogs rudely smashing through a glass window. But there are parts of the game that are quiet and slow-burning too. Exploring the dimly lit corridors of the mansion, hearing distant zombies groaning and floorboards creaking beneath your feet, is scary in its own way. Turning Around Zombie is a perfect example of how the game balances its overt, obvious horror with more subtle scares.

TAZ (as I'll now refer to it) returned in the 2002 remake. In this version of the cutscene there are extra cuts showing it eating its victim, S.T.A.R.S. member Kenneth Sulivan, whose terrified, blood-spattered face we also get a clearer look at. It's more gruesome, but a lot of the subtlety is lost. Not seeing what TAZ was doing made its appearance more unsettling. Also, remake TAZ's face is more traditionally monstrous and zombie-like compared to the original model, which has a chilling trace of humanity left flickering in its blank, staring eyes.

When you look back at all the elaborate horrors Resident Evil has thrown at us since that first game, from Lady Dimitrescu to El Gigante, it's funny to think that it all started with a zombie casually glancing over its shoulder. Resident Evil is so outrageous now that a moment like this just wouldn't work. It'd be lost in the noise of everything else. Turning Around Zombie might be just another enemy shuffling mindlessly towards you, but it's a horror icon that will be remembered for decades to come. Maybe Mikami should have given it a cleverer name.