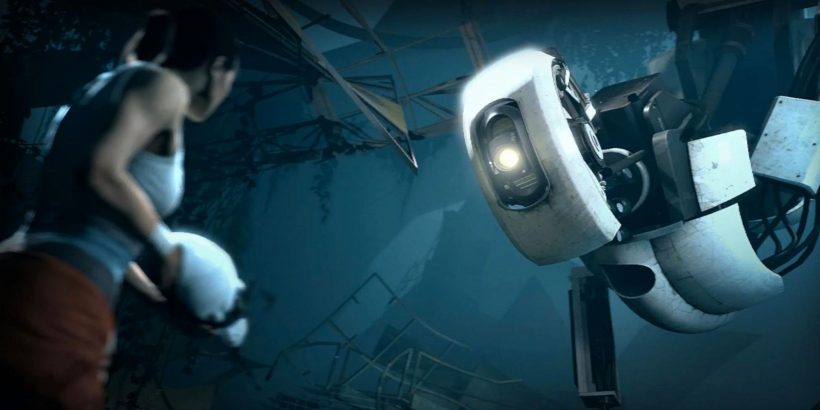 Steam Decks are arriving across the country starting this month. If you live in the Seattle area you might have received yours a bit early thanks to a certain CEO, while the rest of us will have to wait for regular shipping time. But while we wait, we can at least become that much more excited about Valve’s handheld PC by seeing what others can do with it.

Forbes’ Jason Evangelho was apparently able to get his Deck to run Portal 2 at 4K and a “mostly stable” 60 fps. That’s not something you can do natively on the Deck since the handheld’s screen resolution tops out at 800p, but you can connect your Deck to a computer monitor to unlock higher resolutions.

You can see the first few minutes of Evangelho’s playthrough on the Linux for Everyone YouTube channel. The Steam Deck’s operating system is actually a modified version of Proton, which is, in turn, a Linux-based OS. All graphics settings are set to “high,” anti-aliasing is disabled, and filtering is set to anisotropic 4x.

What’s most surprising beyond the fact that the Deck’s humble AMD-sourced hardware can run a game at 4K at all is the fact that Portal 2 is running without AMD FidelityFX Super Resolution enabled. The Steam Deck natively supports AMD’s up-resolution technology that’s built into its SteamOS so that any game can have AMD FSR even if it’s not supported by the game itself.

Portal 2 does look a bit dated at 4K, but it’s still a great game that will play great on the Deck thanks to being verified several months ago (and Portal 1 even got a new UI for the Deck).

If you want a brand-new Portal experience, then you should get your hands on Aperture Desk Job. Although Valve goes out of its way to inform you that Aperture Desk Job is not Portal 3, it’s still set in the same universe as Portal. You can also play Aperture Desk Job on a regular PC if you want, but you won’t be able to play it with a mouse and keyboard.