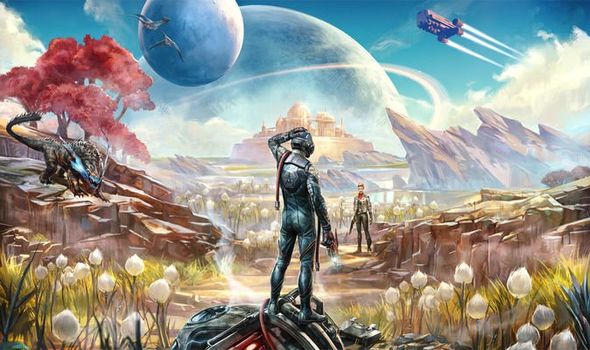 Brand new PS4 and Xbox One role-playing game The Outer Worlds feels a bit like a relic from a bygone era.

Before things went downhill for the Mass Effect series, and back when Fallout hadn’t gone greedy, these kind of epic role-playing adventures were all the rage.

So credit to Fallout New Vegas developer Obsidian for bringing back a genre that fans weren’t ready to say goodbye to.

The Outer Worlds takes place within a corporate-owned colony called Halcyon, which spans multiple planets. Abandoned on a colony ship in the outer regions of the galaxy, your character is awoken from stasis by Phineas Welles, a scientist and wanted outlaw who appears to be hiding something.

If you want the truth then you’ll need to rescue your fellow colonists from hibernation, all the while exposing a corporate conspiracy. Your first mission is to restore power to your ship, but it doesn’t take long before you’re drawn into the struggles between various political/corporate factions and the workers they exploit.

For a large portion of the game, the overarching story plays second fiddle to the personal relationships you form and the conflicts you encounter from planet to planet.

If you take the time to fully explore each planet and take on every quest, you might even forget why you landed there in the first place.

And this certainly isn’t a criticism, because Outer Worlds is at its best when you’re getting to know the game’s inhabitants and seeing what makes them tick.

Thankfully due to the amount of time you’ll spend talking, the game’s writing and voice acting is largely excellent.

With a healthy dollop of humour and more shades of grey than an E. L. James novel, The Outer Worlds offers up lots of laughs and plenty of surprises.

Some characters appear to be fairly two-dimensional at first glance, but are revealed to be more nuanced when you exhaust conversational options, investigate personal logs and speak to other inhabitants.

Seemingly cut and dry decisions become a little harder to make when you hear both sides of a story and from the people your actions actually affect.

Morally ambiguous characters and narrative-altering decisions are hardly new and revolutionary in video games, but The Outer Worlds executes these ideas just as well as Fallout and Mass Effect, and perhaps even better.

This may actually be due to the size of its game world. With a relatively modest 30-40 hour running time and selection of smaller maps across multiple planets and space stations, The Outer Worlds is able to tell a tighter story with more fleshed out characters. 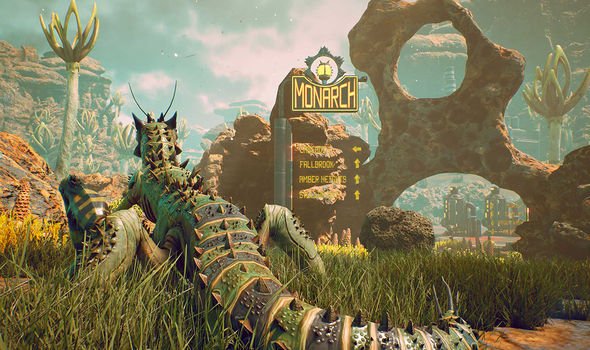 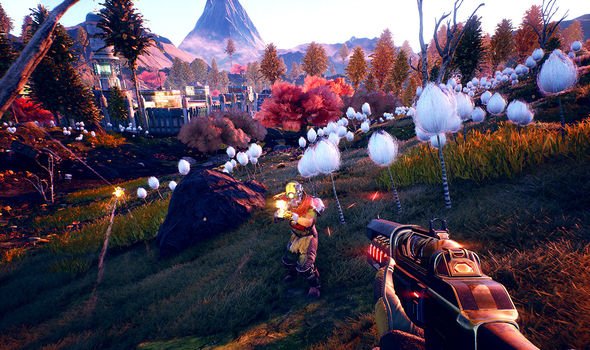 It also has a really colourful and distinct art style that’s part No Man’s Sky and part 1960s Lost in Space.

The visually striking planets are packed full of colour and personality, which really helps bring them to life. Even the relatively generic space station and power plant settings have more going on than your average sci-fi fodder, so you’re guaranteed to have fun exploring.

And variety isn’t just present in the visual design, but also in the way you approach missions.

With a ton of perks, skills, abilities and weapon mods at your disposal, you can opt for a stealthy or peaceful approach – where you take advantage of disguises and your natural charm – or lie, steal, intimidate, bribe and shoot your way through any scenario.

The latter is an appealing option because combat in The Outer Worlds is extremely satisfying, even if it does owe a lot to recent Fallout games.

Instead of targeting body parts with the VATS system, players can instead slow time and aim for the weak spots with the Tactical Time Dilation ability. It’s not the most innovative or original combat system, but it is well executed.

I also like the way you can make up for your own shortcomings by bringing tooled up members of your ship’s crew with you. This means you can invest more in tech and talking skills, while leaving teammates to pick up the slack in combat. 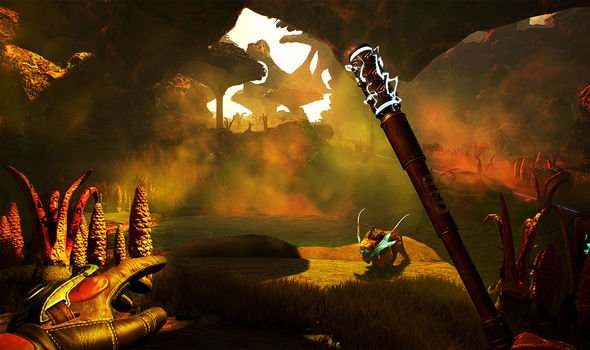 But perhaps most impressive of all is that The Outer Worlds isn’t as buggy and glitchy as some of the epic adventure games it emulates, although it is a little rough around the edges.

Textures take a second or two to load when you enter new areas, and lighting takes a moment to right itself when you venture out in the open.

Loading screens are far too frequent throughout, character models could be better, and item descriptions obscure too much of the page when you’re looking through your inventory.

The Outer Worlds isn’t a particularly revolutionary RPG, it’s rough around the edges and it certainly isn’t the longest interplanetary adventure you can take.

But what it lacks in originality it more than makes up for with charm, personality and character.

If you want a single-player role-playing game where the fun comes 1st, then The Outer Worlds is definitely worth exploring.