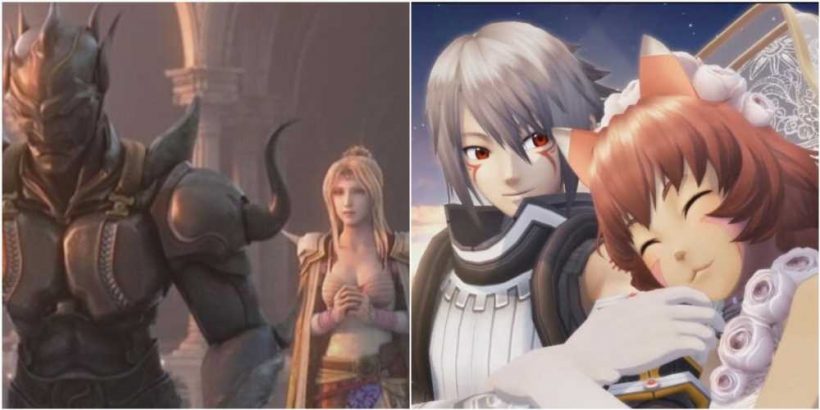 When it comes to the portrayal of romance in games, there isn't always the happy ending you hope for. The story builds up, and we root for certain pairs but depending on the story, it doesn't always deliver. If it doesn't end up being problematic, it often goes in the other direction.

Fortunately, not every great love story ends in a Final Fantasy 12 route. When great romances have a cute end, they truly emotionally deliver in a way you can't forget. Many games have hosted love stories with finales that won't make you feel sad. In fact, some of them here may inspire you positively. 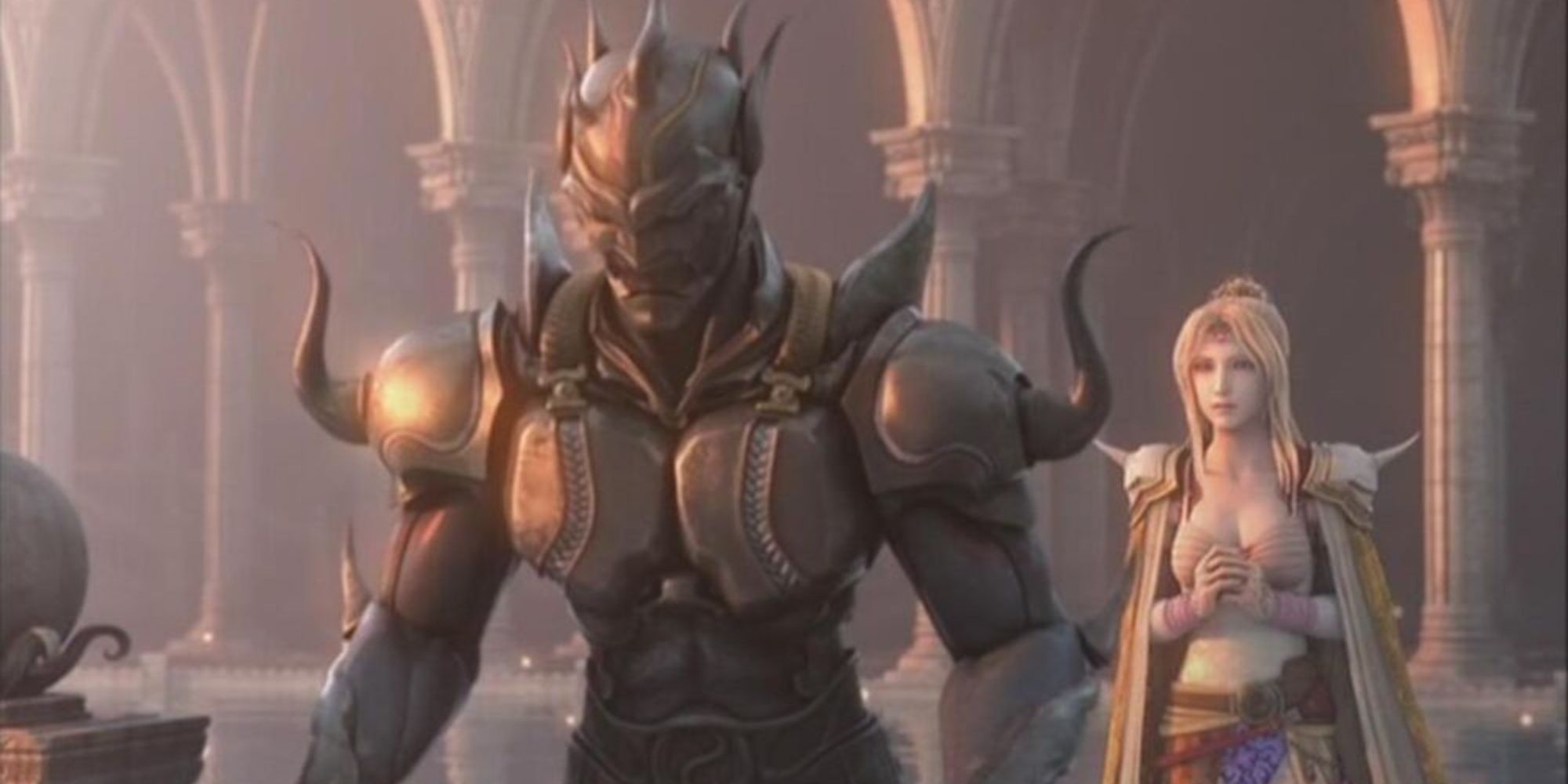 Perhaps one of the most famous titles in the franchise, Final Fantasy 4 has been ported to many modern consoles since its 1991 release. The game follows the story of the Dark Knight Cecil and his party fighting to stop the evil wizard Golbez from destroying the world.

Rosa was always there for Cecil both emotionally and physically, using her powers as a healer to take care of his wounds all the time. Even when the Dark Knight couldn't believe in himself, his lady love always did. They had an admirable relationship and the fact they got married at the end of Final Fantasy 4 was too rewarding and beautiful. 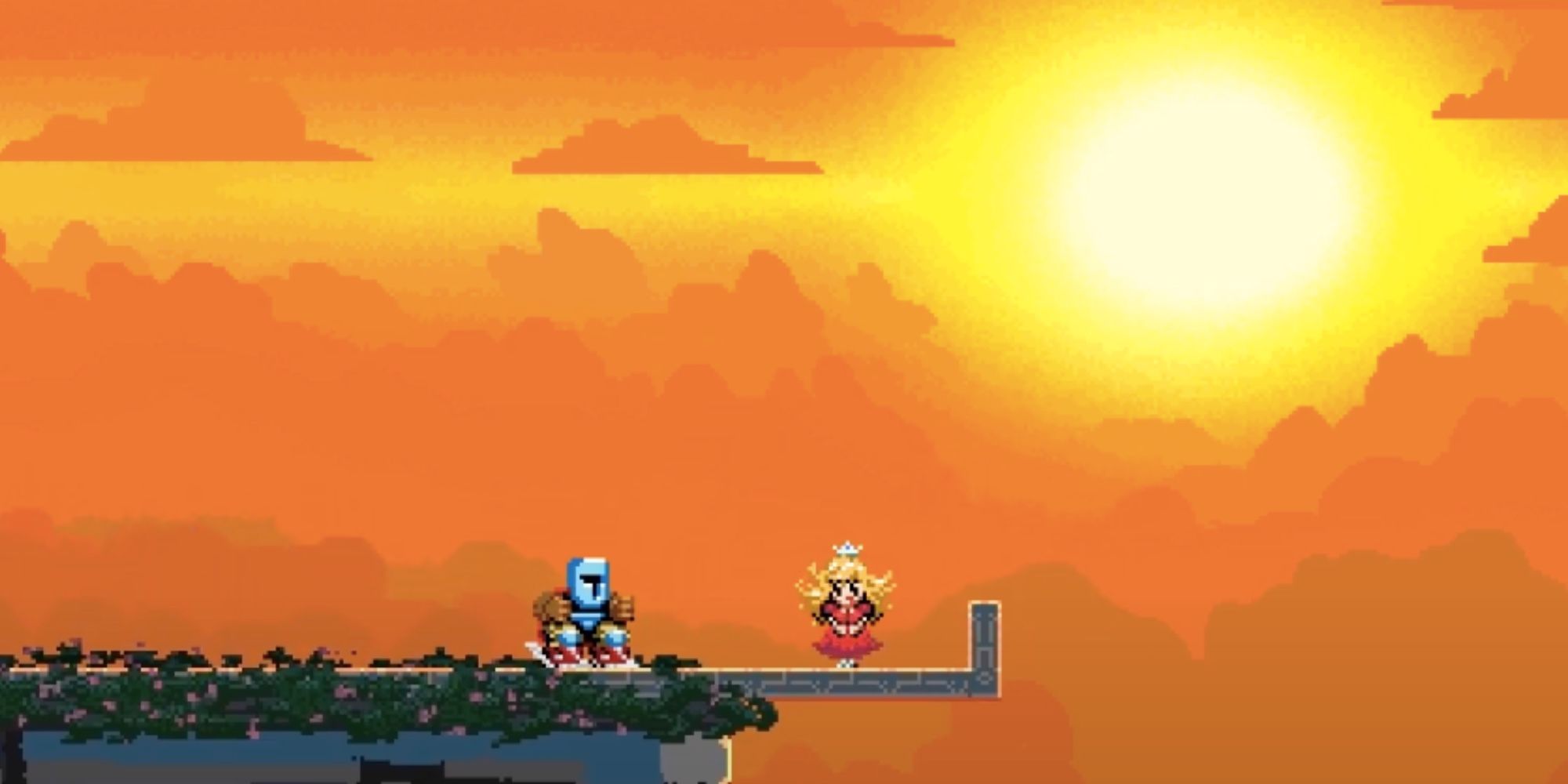 Jump King is a platformer that requires you to move up vertically as a King searching for a mysterious lady. Falling into the genre of rage games, one slip up could send your knight right back to where they started. If you have the patience to try it, it's a fun challenge.

For a game that is known for making players pull out their hair, Jump King has a strangely cute ending which consists of the unnamed King, after many travels, finally meeting his lady love atop a plateau. It's a simple but heartwarming alliteration to how love can be an uphill climb, but when you finally find the one, you realize the struggle was worth it.

6 Kenshiro And Yuria, Fist Of The North Star 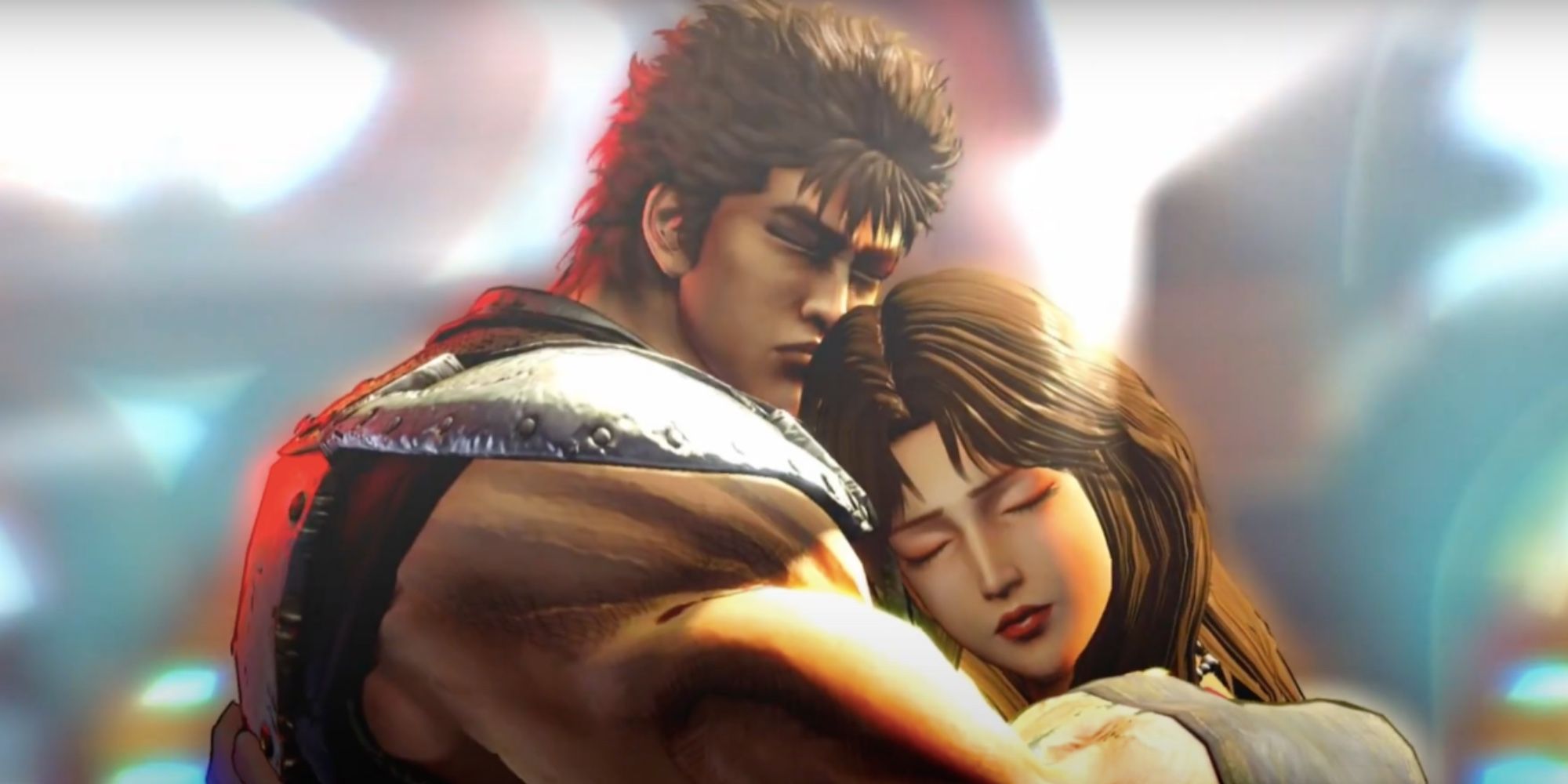 Jojo fans will absolutely love Fist of the North Star: Lost Paradise, a game based on the anime that inspired the Jojo series. Join Kenshiro as he bulldozes his way through countless foes to get his lady love Yuria back.

It seemed that the universe wanted to do everything in its power to keep Yuria and Kenshiro apart, but even that was no match for Kenshiro's power. The man went through endless agony to save his beloved, and they would have done anything to be together. Fortunately, they get the ending that such a devoted couple deserves.

5 The Player Character and His Chosen Partner, Harvest Moon: A Wonderful Life 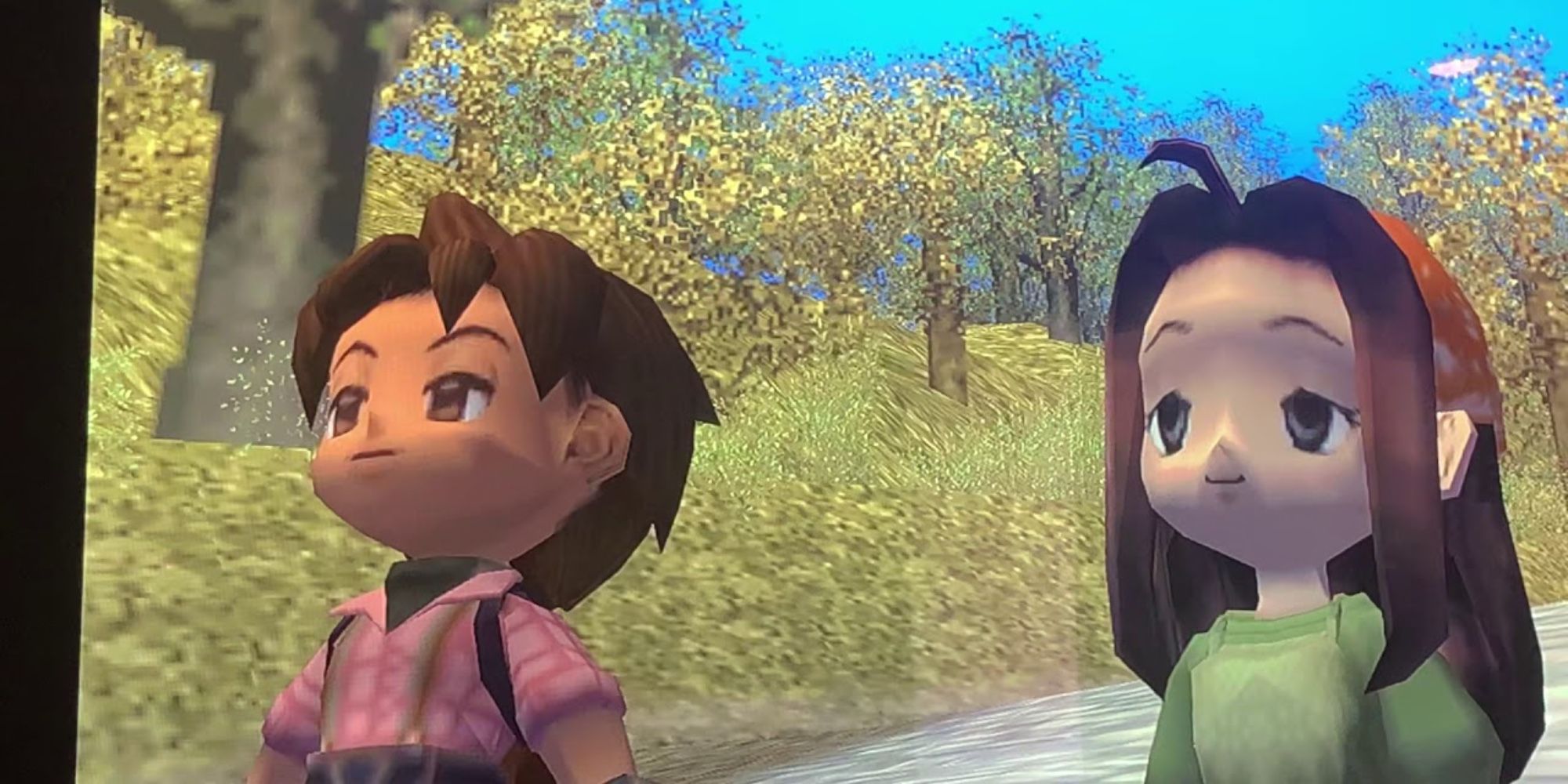 Many Harvest Moon games have come and gone, but something always hit different with the feeling you got from the A Wonderful Life series. One could argue that all the Harvest Moon endings are romantic since it's a main component of the franchise. Yet, there's something particularly beautiful about the way A Wonderful Life does it.

You get to grow old with your chosen significant other, raise your child to adulthood together, and have everything you ever wanted. The romance isn't that the two of you got together, but that you both got to live a full happy life in sync. 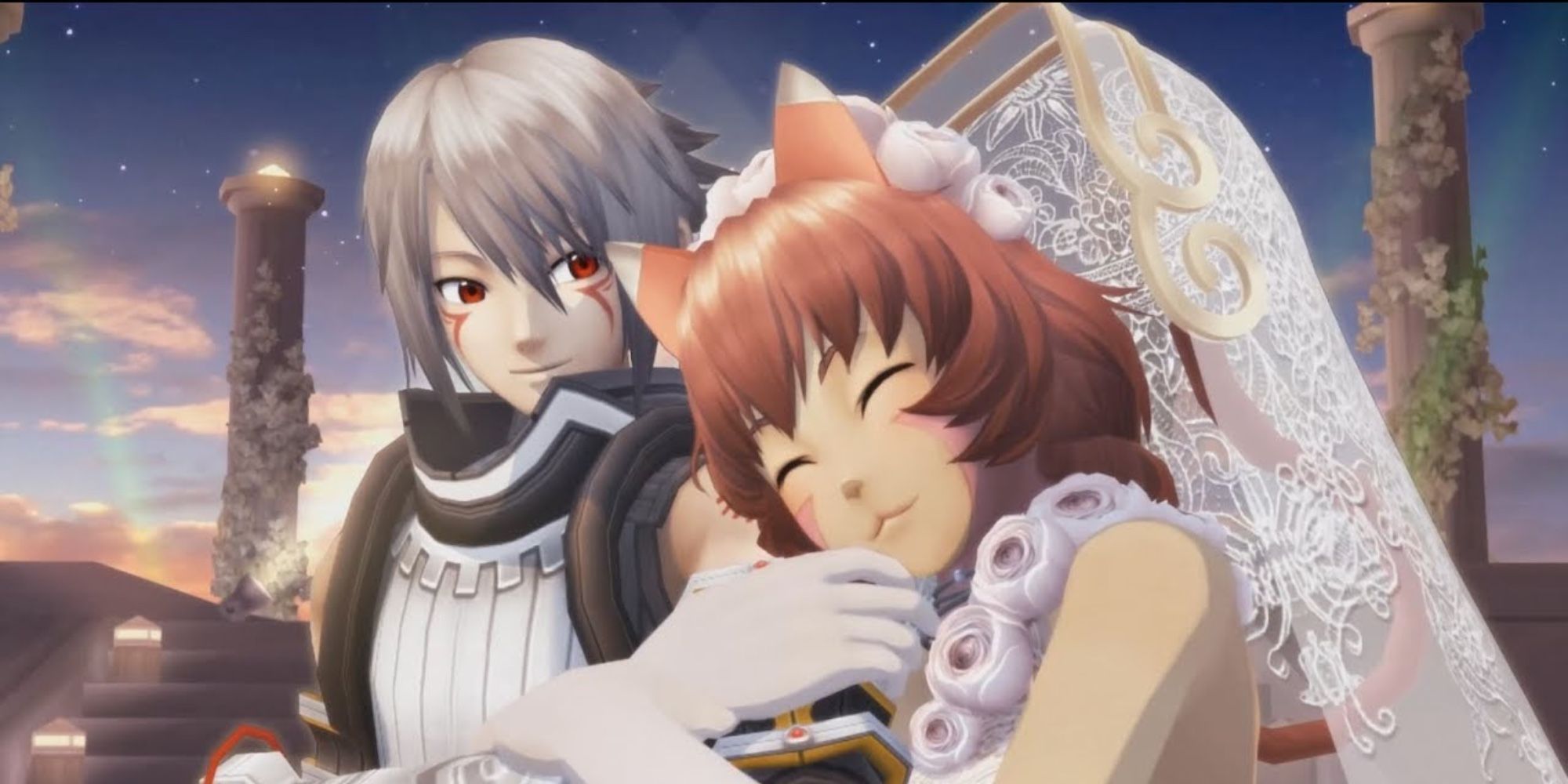 Have you ever played a JRPG and secretly wished you could pursue one of your party members? Hack GU gives you that opportunity by allowing you to marry one person from your group at the end of the game.

It's fun to watch how the proposal plays out depending on the character you picked. Plus, if you've been playing other Hack games, you know that the main character Haseo has come a long way, and it's wholesome to see him get a happy ending. 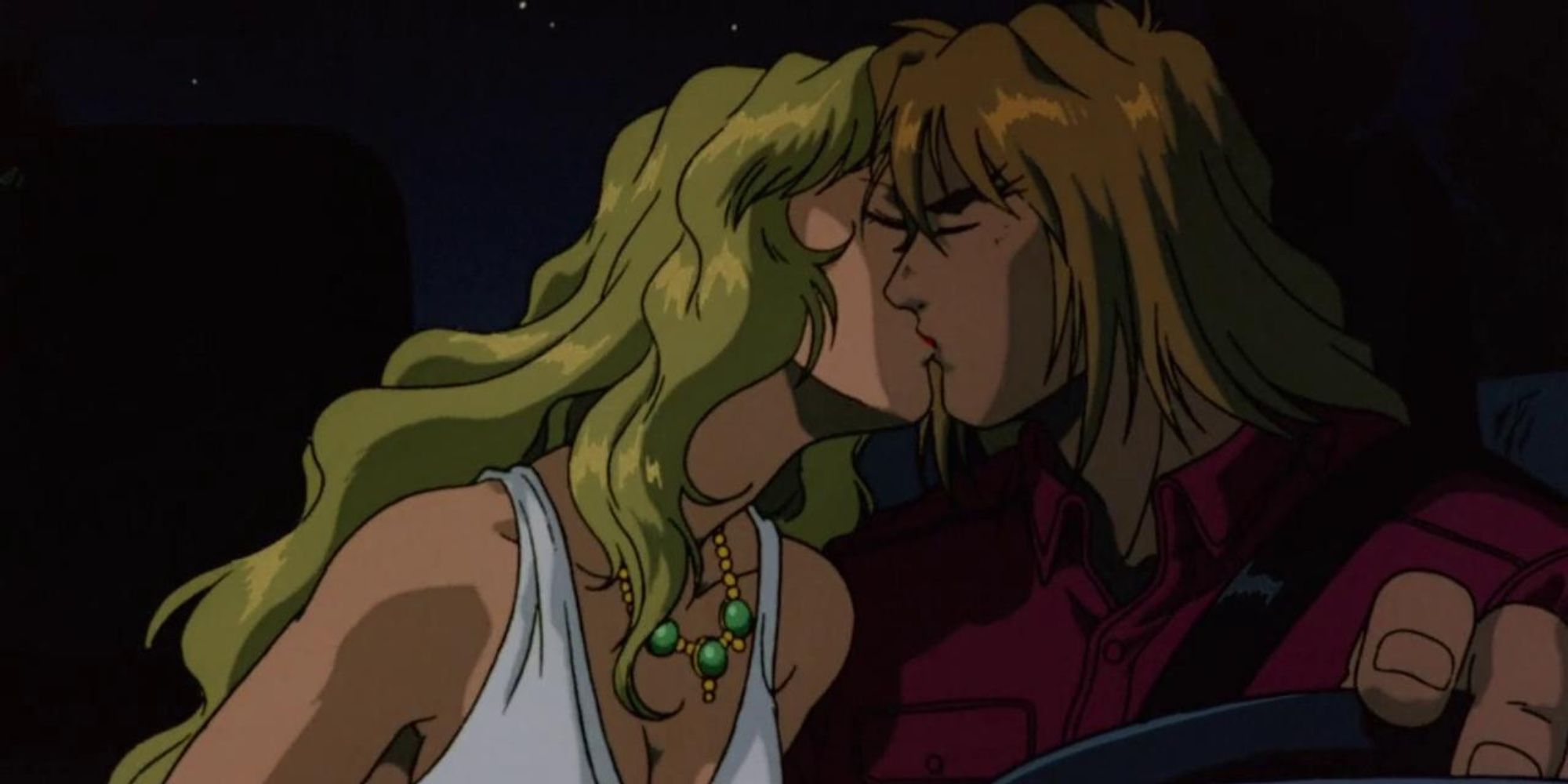 It's not often you associate romance with fighting games, but Ken Masters from Street Fighter 2 and his lady love Eliza had a wholesome romance that ends in a wedding in his ending of the game after M. Bison gets defeated.

Eliza supports Ken in all his fighting endeavors, surprising him in his ending in Street Fighter 2. In turn, he's an attentive husband and later parent. Their relationship is respectful and deep but never toxic. 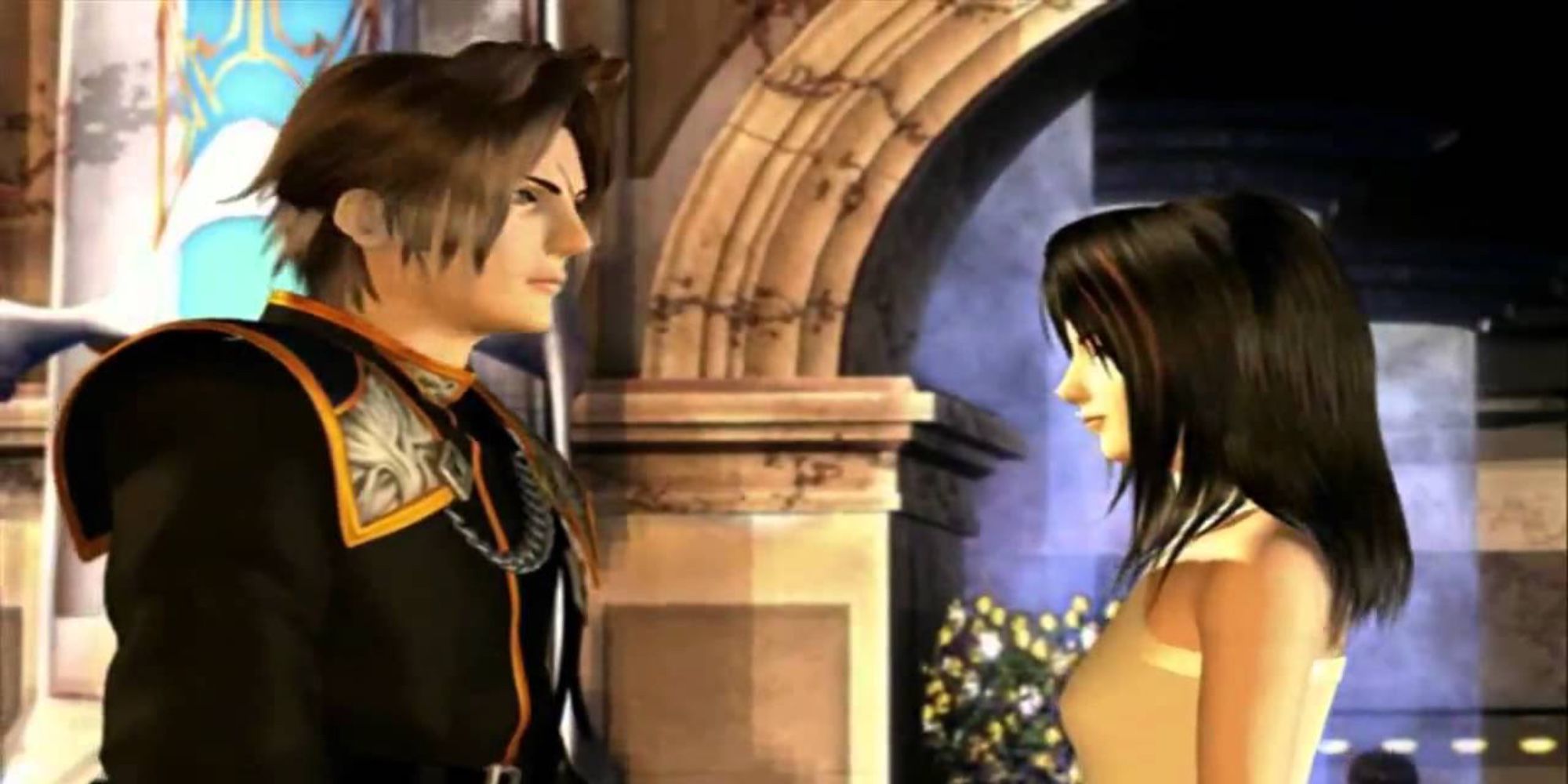 They say opposites attract and while that isn't always true, it was certainly the driving factor that sparked the chemistry between Squall and Rinoa in Final Fantasy 8. The introverted man was fascinated by the outgoing Rinoa, and it was because of her that he was able to find a personal drive in life.

He shows his astonishing character development at the end of the story when they share a kiss under the moonlight. The two of them finally have a chance to be happy together, and you can only hope that they'll do that. It won't be easy, but both are willing to try. 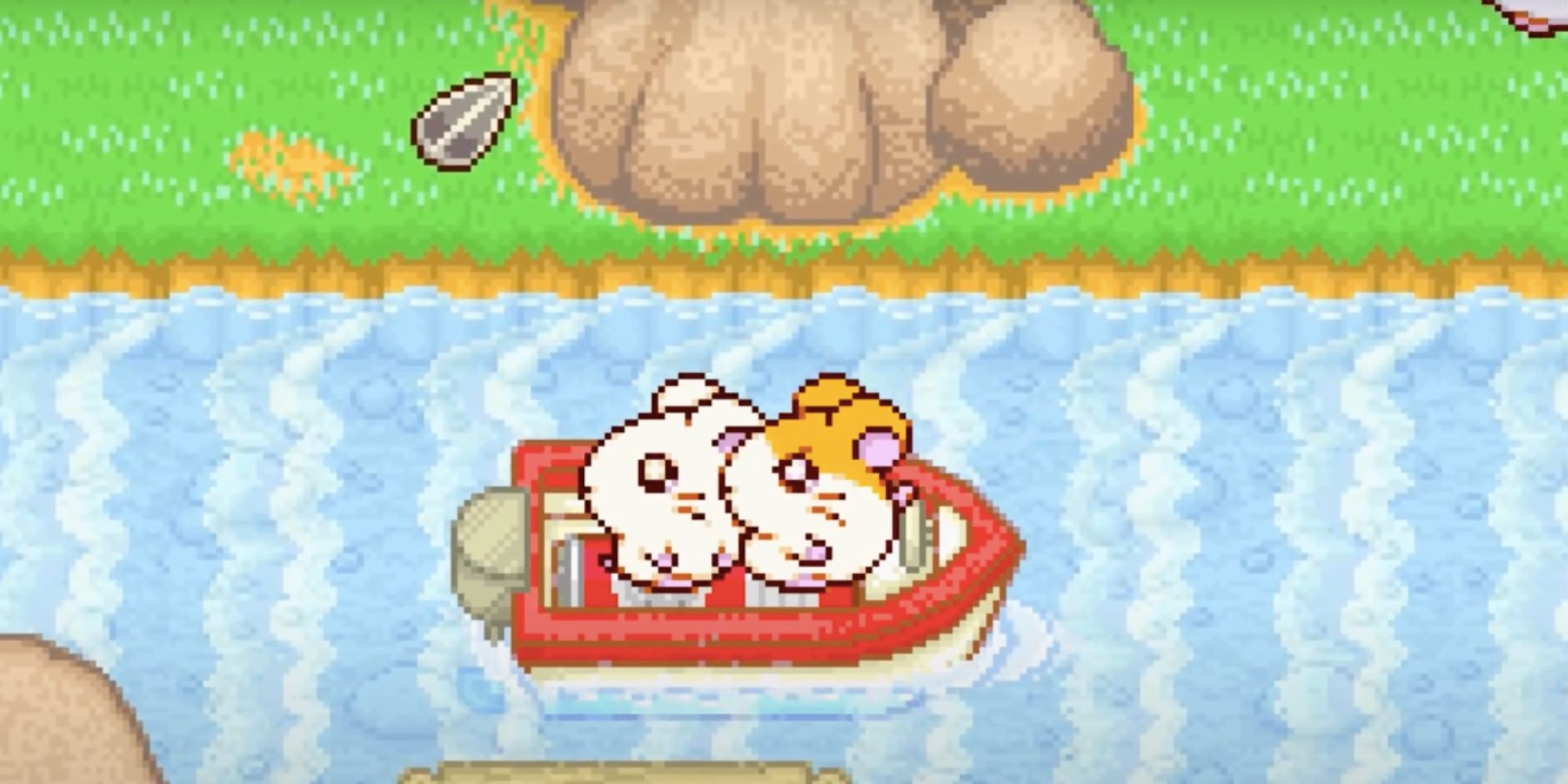 If you were a fan of the Hamtaro anime, there's a chance you played the GameBoy Advance game Hamtaro: Ham-Ham Heartbreak. In this story, a demon hamster named Spat has gone out of his way to destroy the relationships between hamsters everywhere. The angel hamster Harmony sends Hamtaro and his friend Bijou on a quest to help fix what Spat destroyed.

Hamtaro must prove that love conquers all, and he humorously does by using a literal bag of love powder to destroy Spats robot in the final boss fight. In helping others, he strengthens his own relationship with Bijou.