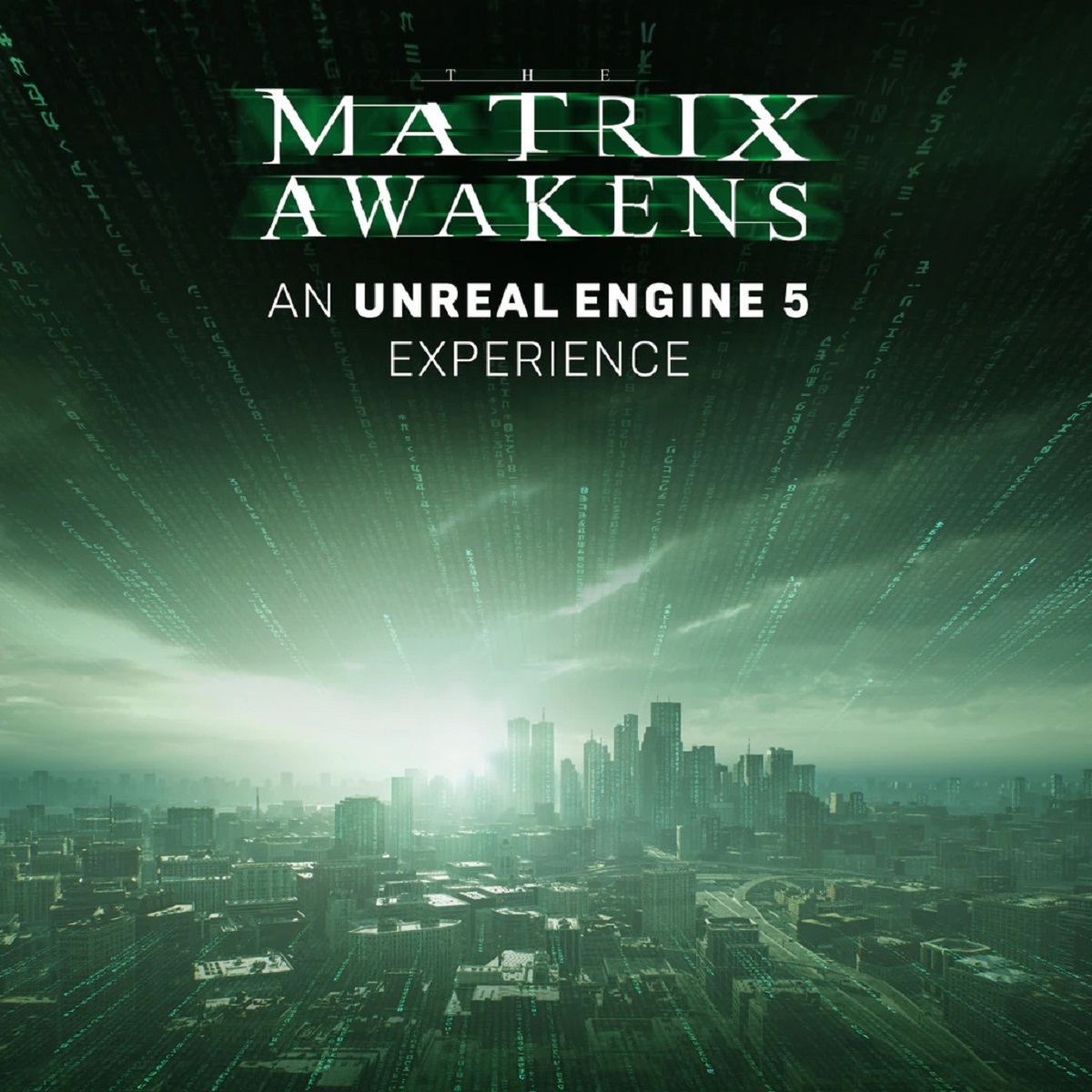 With the new Matrix movie coming out soon, some kind of PS5 tie-in experience is apparently planned to drum up hype for it.

It’s been 18 years since the previously final Matrix movie released. Despite rounding out the trilogy, a fourth movie titled The Matrix Resurrections will be releasing in cinemas later this month. Not only that, but it seems like Warner Bros. has made some kind of promotional tie-in for the PlayStation 5.

Nothing’s been officially announced yet but, according to Reddit user the_andshrew, information for this tie-in can be found on the PlayStation Network’s backend. Aside from a couple of database numbers, the user shared key art depicting some recognisably Matrix style images and a title of The Matrix Awakens: An Unreal Engine 5 Experience.

Does this mean Matrix fans are finally getting a brand new video game, 16 years after Path Of Neo? Probably not, no. If there was going to be a tie-in video game, you’d imagine it’d be announced sooner and not less than a month before the movie releases.

At the very least, it won’t be a full-fledged action game. Since the subtitle describes it as an experience, it’s probably going to be something like the Spider-Man: Homecoming and Far From Home VR experiences Sony released to tie-in with those movies. They were free downloads that let you control Spider-Man in a first person environment.

So, it stands to reason that The Matrix Awakens will offer something very similar, except you won’t need a VR headset to access it. Exact details remain a complete mystery so it’s anyone’s guess if it’ll feature Keanu Reeves as Neo or any of the characters from the movie or even if it will have any meaningful story connection.

Given it specifically mentions Unreal Engine 5, Warner Bros. is likely collaborating with Epic Games itself for The Matrix Awakens (no doubt improving the odds of Matrix characters appearing in Fortnite). This would also make it another tech demo for Unreal Engine 5 itself.

Epic Games did share one last year, but The Matrix Awakens would allow the public to experience it themselves first-hand, since there are currently no games available built with Unreal Engine 5.

As for when the experience could be formally announced, the most obvious answer would be The Game Awards 2021, which is taking place next week and is set to feature a lot of new game announcements.