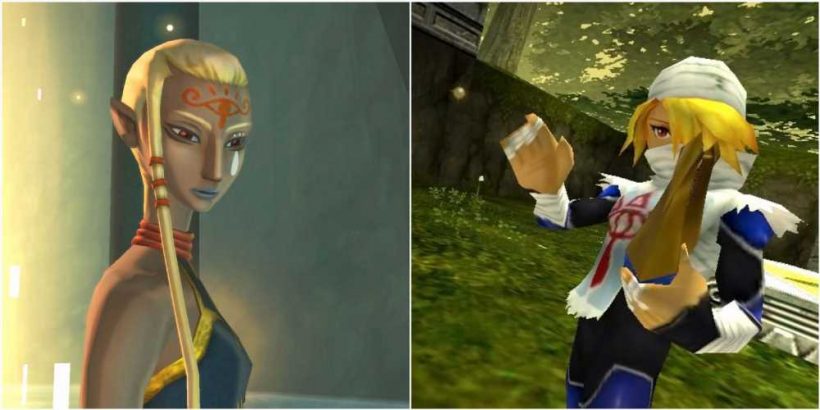 The Sheikah are a race of people that appear in The Legend of Zelda and have direct ties to the Goddess Hylia, often protecting Zelda, her incarnation. They are characterized by their devotion to the Goddess and the royal family of Hyrule, as well as their affinity for magic and technology.

The Sheikah are shrouded in mystery due to the fact that only a select number of Sheikah appear throughout the series. Breath of the Wild developed the Sheikah tribe and their history, but there are still lots of questions to discuss when it comes to this enigmatic group of people.

The Symbol Of The Sheikah 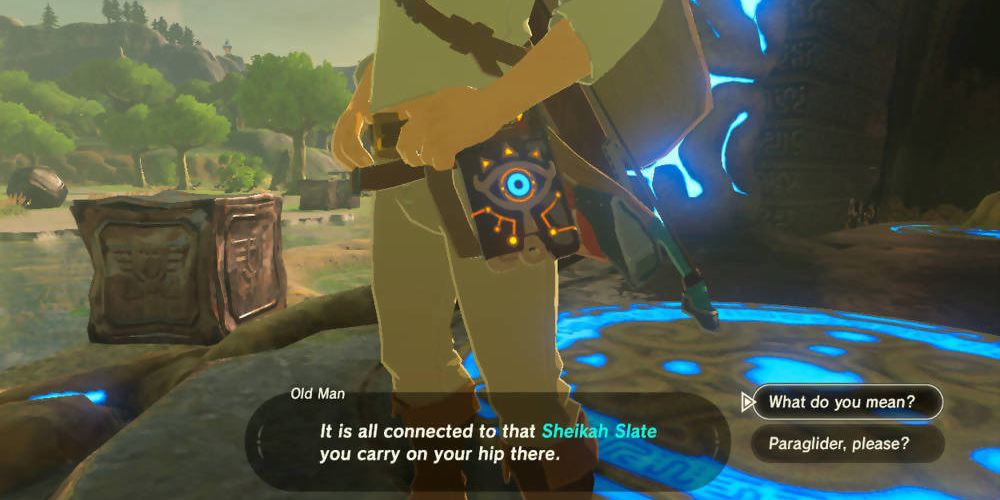 The Sheikah Eye is a symbol used throughout the series to represent the Sheikah tribe. The symbol looks like an open eye with three triangle-shaped eyelashes and a teardrop falling from it.

The use of an eye as their symbol is most likely a reference to the Sheikah’s spiritual affinity. The symbol also appears on both the Lens of Truth and the Mask of Truth from Ocarina of Time, implying that the Sheikah are privy to a hidden truth.

The teardrop could be representative of the tribe’s suffering throughout Hyrule’s history, especially as many Sheikah have tattoos of the symbol to honor their ancestors.

The Sheikah symbol is also altered slightly in Breath of the Wild, but the ancient Sheikah monks bear the original symbol, showing how long they’ve waited for the hero Link to arrive.

Appearances In The Games 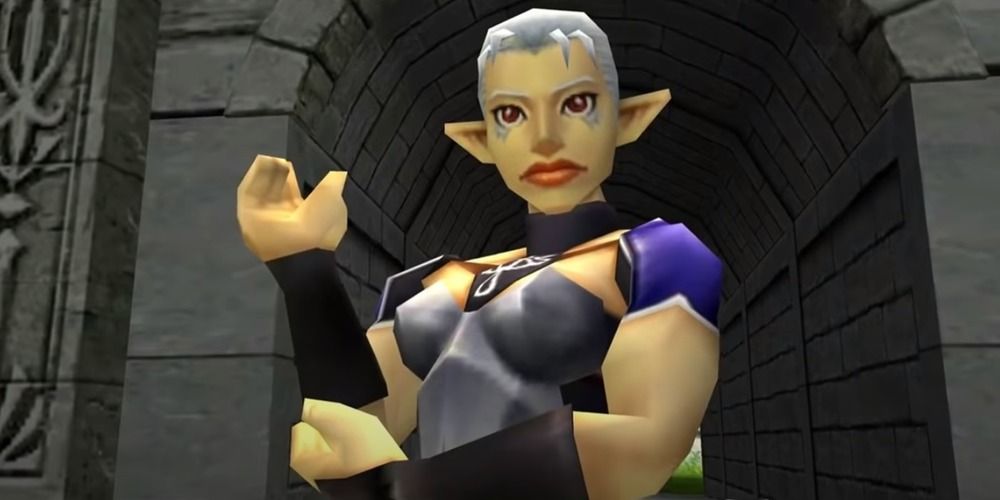 Although Impa is the most notable Sheikah in the series, she wasn’t confirmed to be a Sheikah until Ocarina of Time. In Ocarina of Time, the Sheikah are described as loyal to the royal family, most likely due to Zelda’s connection to the Goddess Hylia. Impa acts as Zelda’s personal guard and protects when Ganondorf launches an attack on Castle Town and Hyrule Castle. She disguises Zelda as a Sheikah boy named Sheik to stop Ganondorf from kidnapping her.

The game also briefly mentions the history of the Sheikah people. Impa states that she was born and raised in Kakariko Village, once the home of the Sheikah tribe. As no Sheikah remain in the village, it can be assumed that they were wiped out during the Hyrulean civil war. The game doesn’t go into much detail about these events or the Sheikah tribe, however. 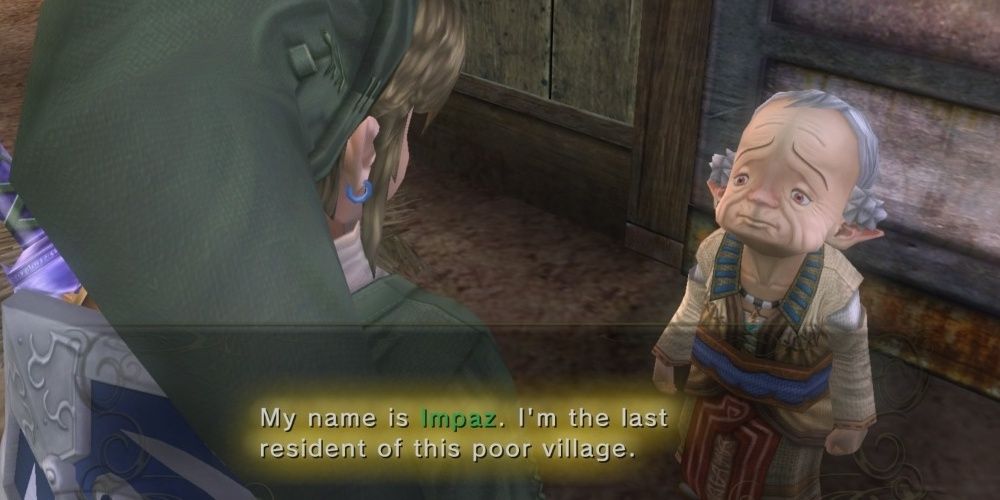 The Sheikah people have a very minimal presence in Twilight Princess, due to their town being overrun by Bulbins. A Sheikah remains, however – Impaz.

When Impaz sees Link carrying the Dominion Rod, she says that she’s able to fulfill the duty that made her remain in the ruined village. She tells Link of a story from “the legends of [her] clan," referring to the Sheikah of the past. Impaz’s ancestors agreed to protect the Ancient Sky Book for the royal family of Hyrule, waiting for Link, the messenger to the heavens, to receive it.

Even though Impaz is the only Sheikah remaining in the game, the tribe’s everlasting dedication to the royal family of Hyrule is clear. 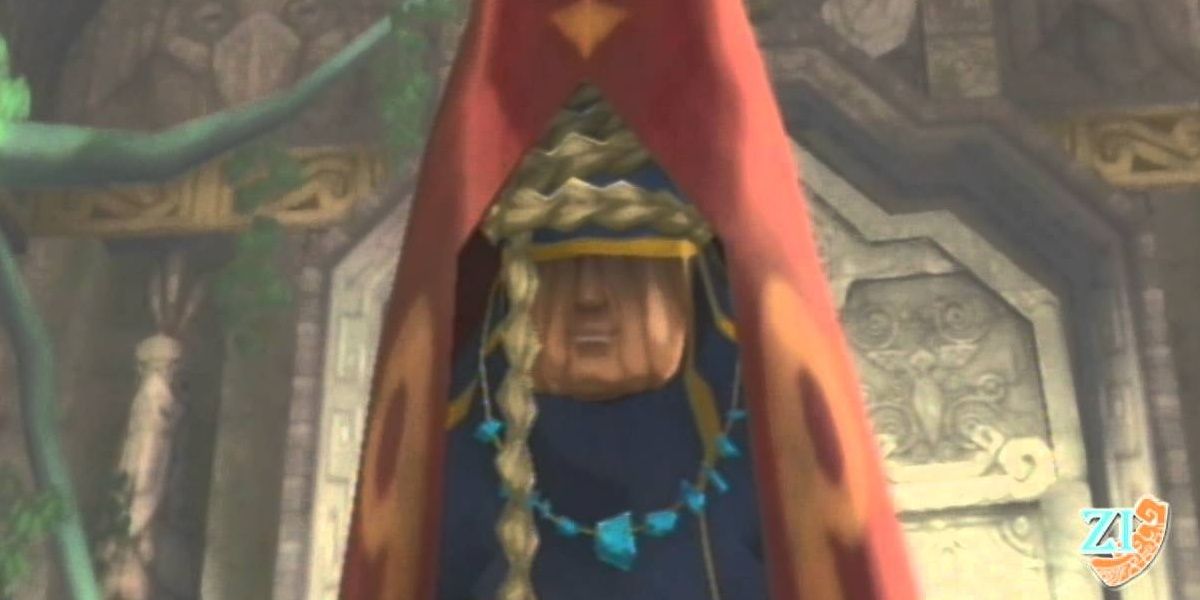 Once again, Impa is the only Sheikah who appears in this game. Similar to Impa in Ocarina of Time, Impa acts as Zelda’s guard, protecting her from Ghirahim in his quest to revive Demise.

Impa also refers to the Sheikah as Hylia’s “chosen guardians," showing that the Sheikah tribe’s loyalty to the goddess has been prevalent since ancient times. The rest of the Sheikah tribe aren’t seen in the game, but Impa represents their centuries-long dedication to Hylia and her incarnations within the royal family of Hyrule.

Breath Of The Wild 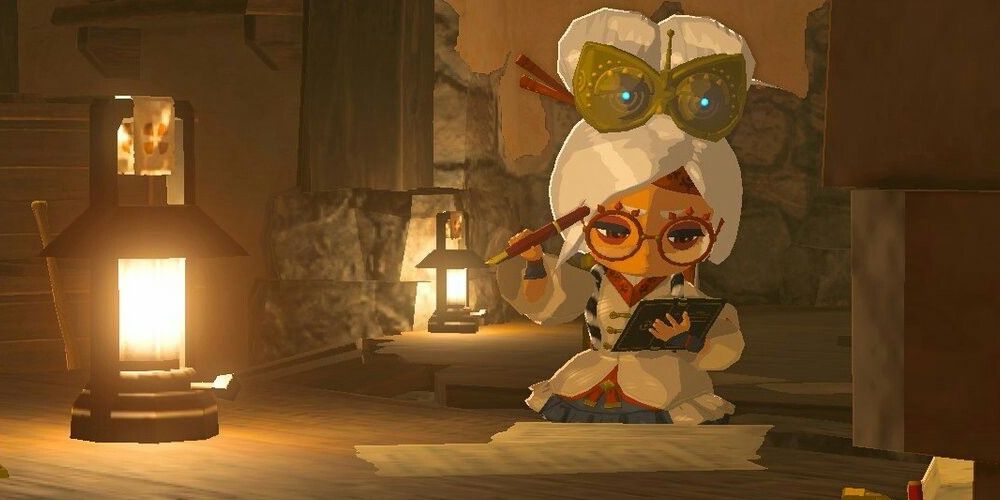 In Breath of the Wild, Sheikah history is described in more detail. In this game, the Sheikah are an advanced civilization who are described as saving Hyrule again and again. After the first Calamity, 10,000 years prior to the game’s events, their power was viewed as a threat by the King of Hyrule and the Hylians, resulting in them being exiled if they refused to abandon their power.

The Sheikah that decided to give up their powers assimilated into Hyrulian society, while the rest eventually became the Yiga Clan, swearing allegiance with Ganon.

The ancestors of the Sheikah who gave up their powers now reside in Kakariko Village, the homestead of Impa, living a quaint life. Two other notable Sheikah, Purah and Robbie, work at the Hateno Ancient Tech Lab and the Akkala Ancient Tech Lab respectively, researching ancient Sheikah technology to use in the fight against Calamity Ganon.

Breath of the Wild gave a bigger spotlight to the fascinating Sheikah people, who have played a large role in the series, building on their connection to the Goddess Hylia and the royal family of Hyrule.