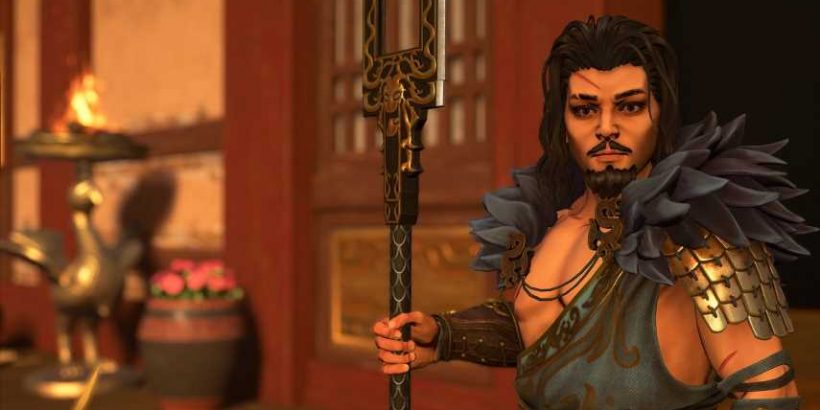 The Legend Himself is a story quest in Myths of the Eastern Realm, the second DLC pack from Immortals Fenyx Rising. It asks you to solve the puzzle to unlock the door, and this is how you meet Gon Gon, one of the major gods in the game.

When you first enter the area, you’ll see a switch, but ignore it. Instead, go straight ahead to a big bell in an open room. The bell is not currently activated, and to activate it, you need to light all of the braziers. The only problem is, when you light one brazier, the one next to it goes out, or lights up, depending on how it looked previously.

On the left, start with the top corner; again, this will light up but will extinguish the middle. Then go to the bottom corner, and all three will be lit. The bell will now appear in front of you. 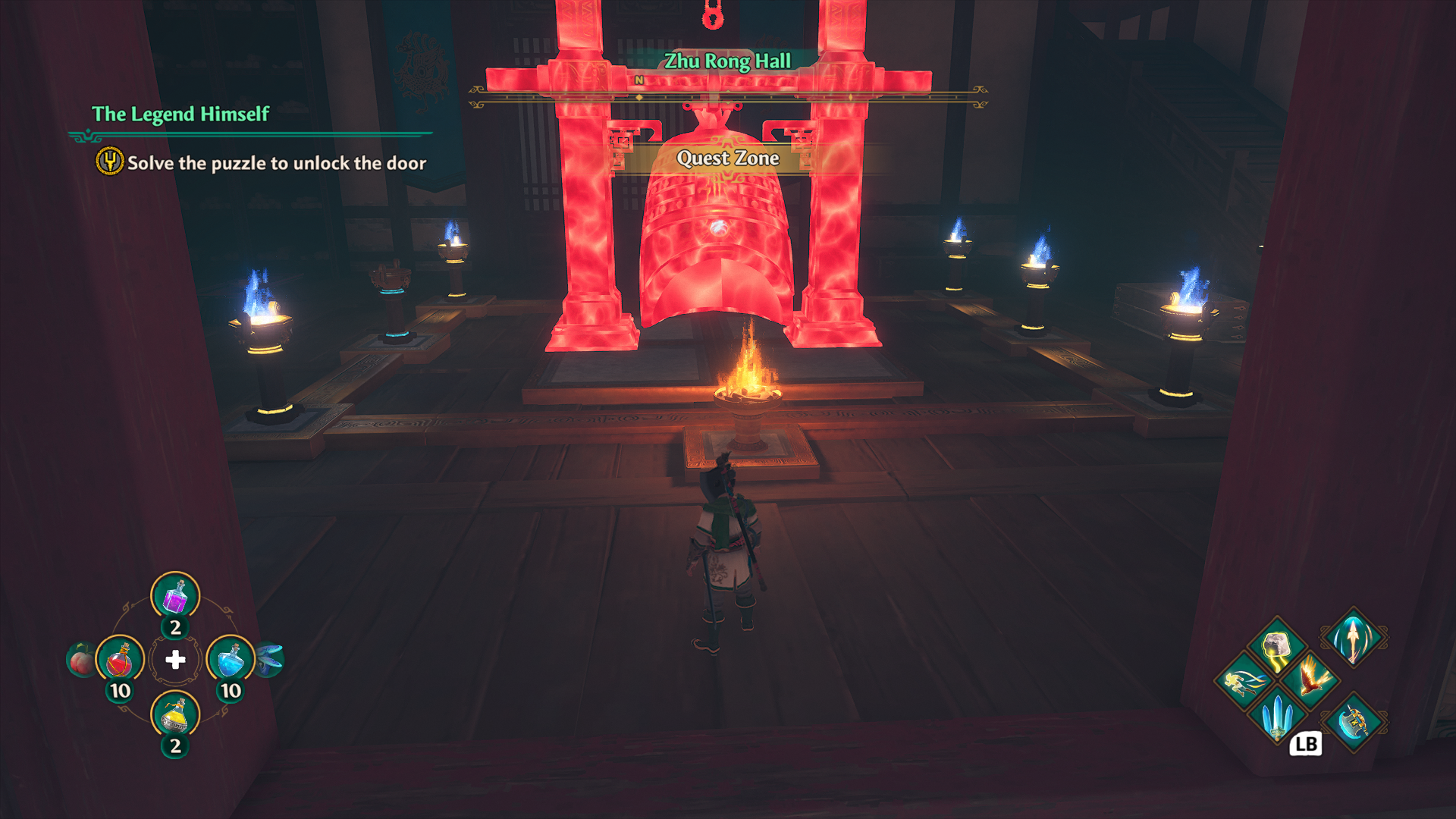 Once that is done, you then need to hit all four bells in order. The first bell is this big one you’ve just activated, indicated by the single orb on its front. The second bell is in the right of the courtyard, and the third one is to the left, but you’ll need to use the switch to open the doors. The fourth bell is small, and sits on the balcony above the first bell.

While you can hit all of these with your sword, there’s not enough time, so you should instead stand by the switch and fire an arrow at the first one, then activate the switch to open up the door on the right, and run to it and hit it (it’s around a corner so no arrows here, but do be quick). Then, back to the switch and shoot the bell on the left. You might need to take a couple of steps forward, but it’s an easier shot than the second bell. Then, look straight above the open room and shoot the fourth bell. 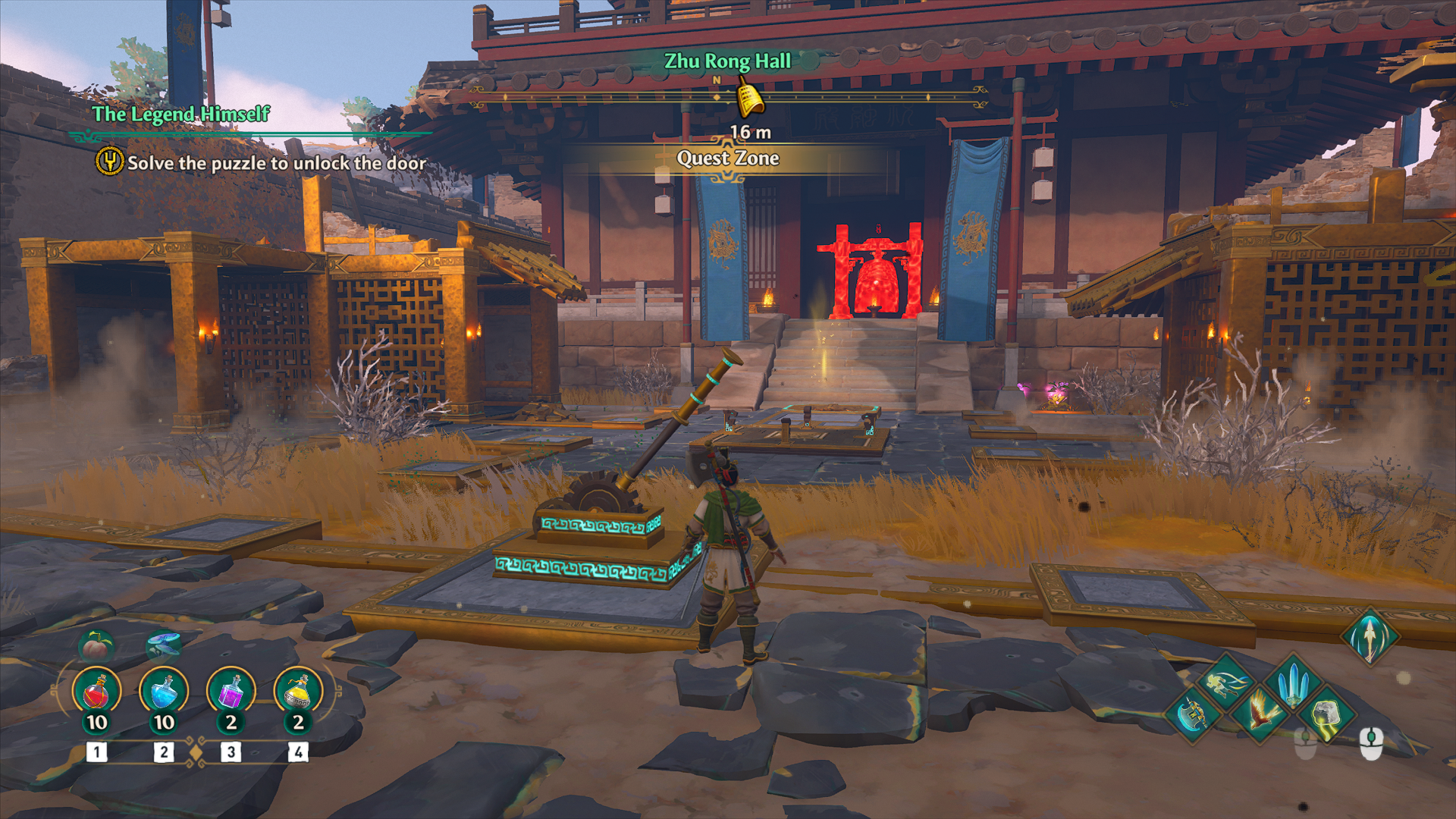 Once all four bells have been rung, you will get a cutscene with Gon Gon. If you don’t, that means you’ve gone too slowly and the first bell stopped ringing before you finished. Just try again and pick the pace up this time. 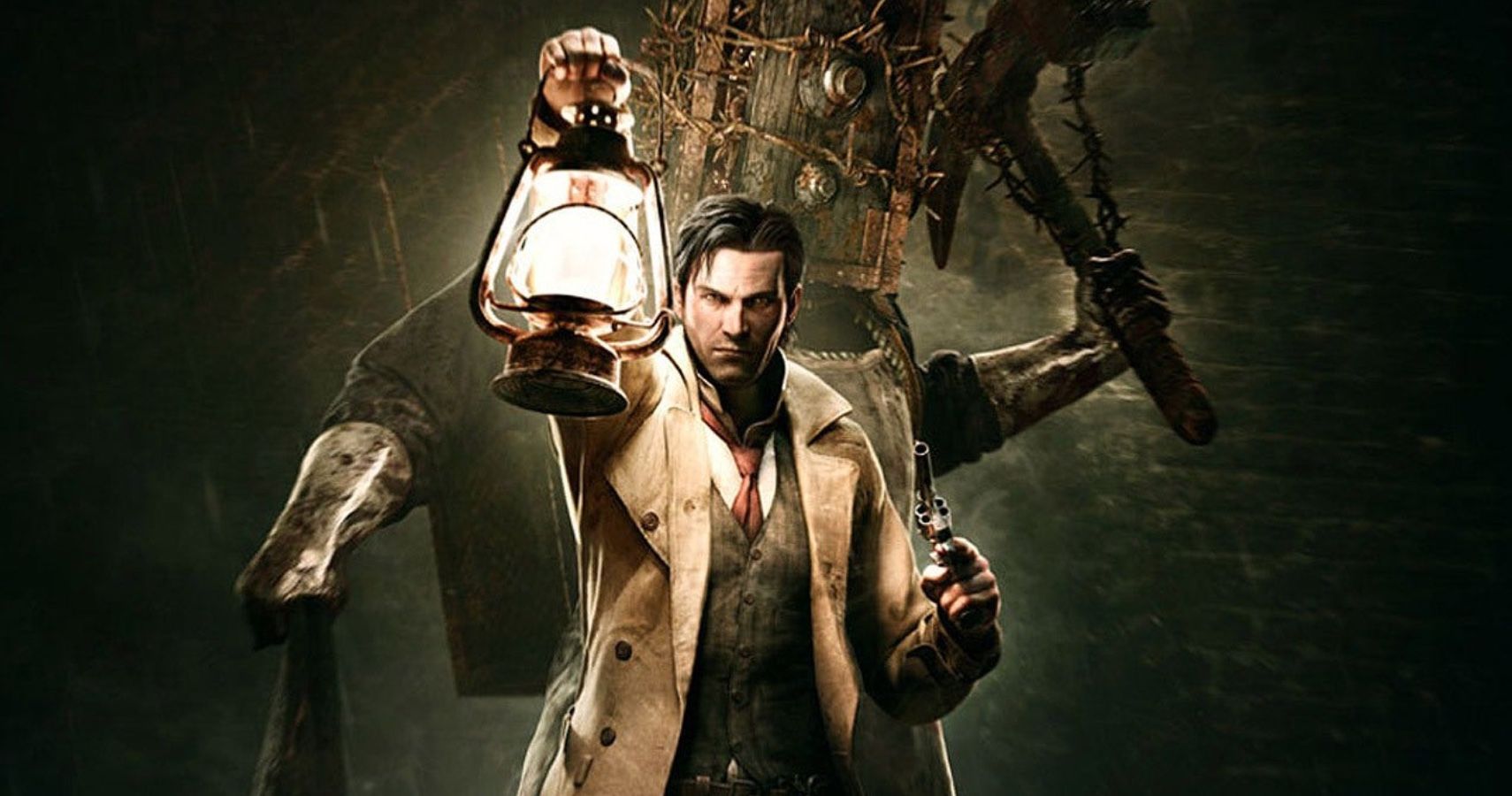