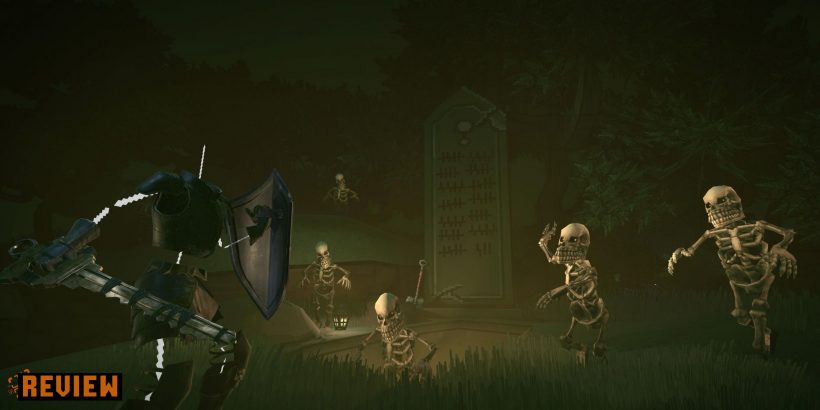 Trying to get into the Soulsborne genre is daunting. With titans like Elden Ring, Bloodborne, and Dark Soulsbeloved by many, renowned for their difficulty, and steeped in a whole tome’s worth of lore, knowing how and where to start isn’t easy. I should know, I’ve tried every one of them and only ever managed to finish Sekiro.

I’ve been on a long journey to find my Soul(sborne) Mate, and wouldn’t you know it, here comes The Last Hero of Nostalgia flashing its Keyblade-inspired weapon and hulking Master Chief armour with a big welcoming grin on its face. As someone with a bit of a reputation as an IP lover (although lover is usually swapped for a harsher word), I couldn’t help but feel like Nostalgaia was the fresh intro to the genre I’d been asking for.

The Last Hero of Nostalgaia plays like a slightly more simple Dark Souls, but is also set in a far more interesting and light-hearted world with tons of references and reverence for the world of gaming. It stumbles in some areas and brings some of the genre’s problems with it, but it manages to be something that both newcomers and diehards alike will love. 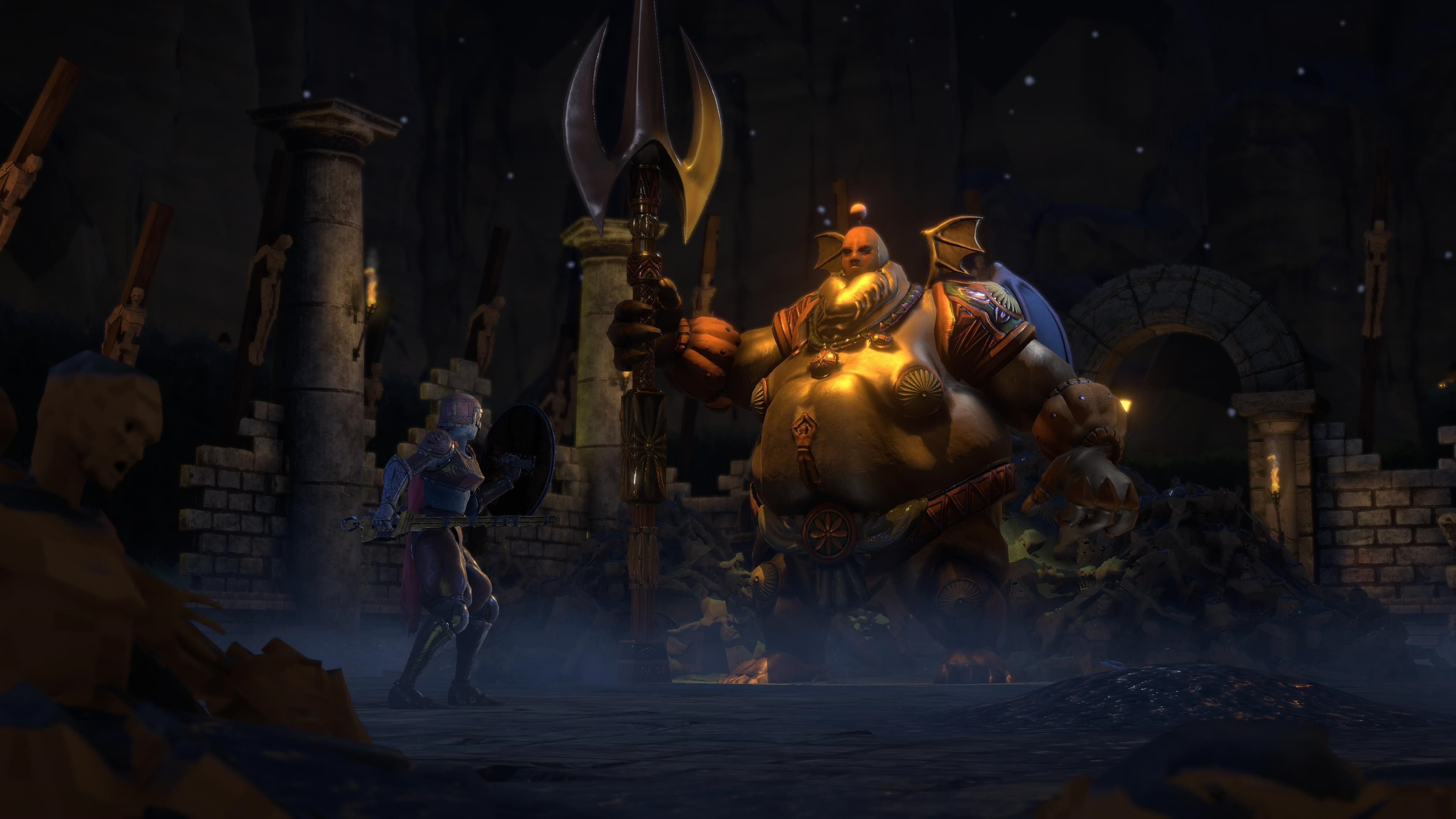 The Last Hero of Nostalgaia sees you playing as a stickman sent into the corrupted land of Nostalgaia, described as the “world of videogames”, which is essentially like Game Central Station from Wreck-It Ralph but if everything inside was a bootleg. Instead of the Dagger of Time from Prince of Persia, you’ll find the Dagger of Cycles, and instead of Isaac Clarke’s armour from Dead Space, there’s the Forgottenspace set.

The bootleg vibe combined with the low-poly visuals make for an immensely charming experience where the nods and winks go pretty deep. Of course, there are references to Resident Evil and Final Fantasy, but there are also some more surprising ones like Ducktales and Golden Axe. Running around as the chicken from Hotline Miami wielding Sephiroth’s sword makes a pretty challenging game just a little more funny and tongue-in-cheek, and finding all of the Easter Eggs is a great incentive to explore.

At first, it might seem like these references are just surface-level, but they actually have a deeper purpose, as most of the weapons aren’t at full strength when you find them and need to be restored by reading in-universe lore and then finding a specific location in the game. At a certain point, you can even get the memories removed altogether to make the weapon instantly more powerful, but remove its lore and special abilities from the world forever. 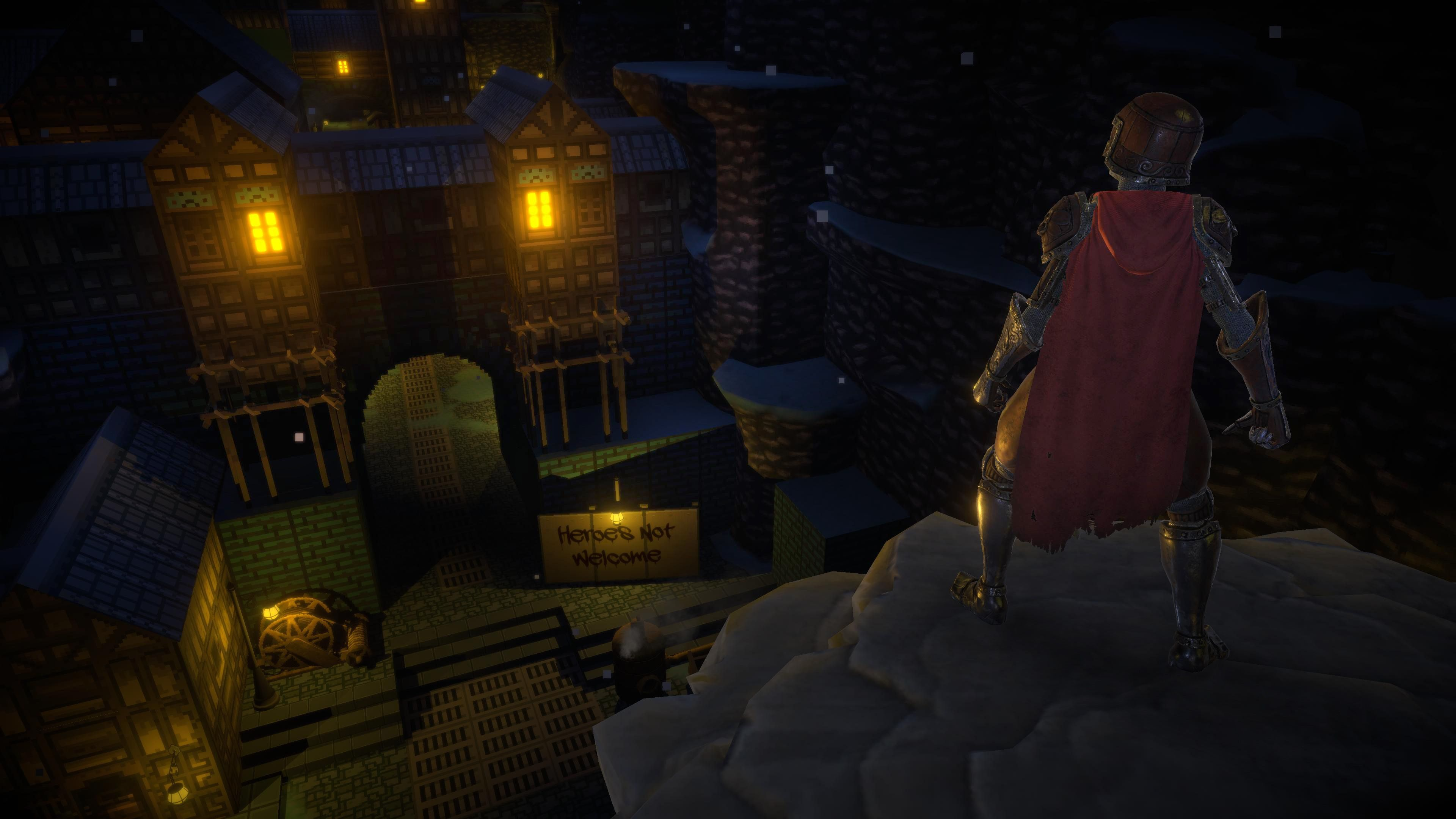 It’s a unique mechanic that sets Nostalgaia apart from other Soulsbornes and cleverly turns these easter eggs and nods into something more substantial. Choosing to put the effort in and remember a weapon versus just powering it up quickly and taking away what made it special also ties into the lore and key theme of the difference between lovingly remembering something and obsession. Nostalgaia is pretty light on story overall, but that theme pops up throughout the world and encounters with characters, and it's an interesting mirror on the player, especially as they're happily running around with a bunch of game-inspired tat.

What doesn’t set Nostalgaia apart is how it plays, and that’s not really a bad thing. When I say that Nostalgaia is a Soulslike, it might as well be a side project by FromSoft itself. Beyond remembering weapons, Nostalgaia plays like the earliest Dark Souls games where the world was smaller and interconnected(?), , there wasn’t a dedicated jump button, and parrying was key. It’s not quite on the same level thanks to less polish and attacks feeling less impactful across the board, but this is a Souls game through and through.

That also means that Nostalgaia brings along some of the more annoying quirks from the genre. Not explaining mechanics in-depth, being unable to pause, and being inundated with locked doors you’ll eventually figure out how to open are just some of the things that are brought over, and if you didn’t like it there then you probably won’t like it here, whether you’re dressed as Master Chief or not.

Considering the tongue-in-cheek tone and potential to go anywhere in the “world of videogames,” one element of Nostalgaia that’s a letdown is the locations you visit. There are some highlights, like a dark forest you need to light the way around with crystals, but far too many of the areas are just dark and boring, like the initial opening village and subsequent deep mine system. The world-building within these areas is interesting and full of jokes, but it’s a shame it doesn’t run with its unique tone so much when it comes to these places. Backtracking can also be a pain, especially without a proper fast-travel mechanic.

Although Nostalgaia does have some shortcomings that put it below the games it’s trying to ape, the fact that it manages to get even a little bit close is a feat of its own. Whether you’re an IP freak like me who's happy seeing a ton of love for gaming, someone looking to get into the Soulsborne genre, or a FromSoft veteran that’s looking for something new, there’s something in Nostalgaia for everyone.

The Last Hero of Nostalgaia is available on Xbox One, Xbox Series, and PC. We tested the Xbox Series X version for this review. Review code was provided by the publisher.