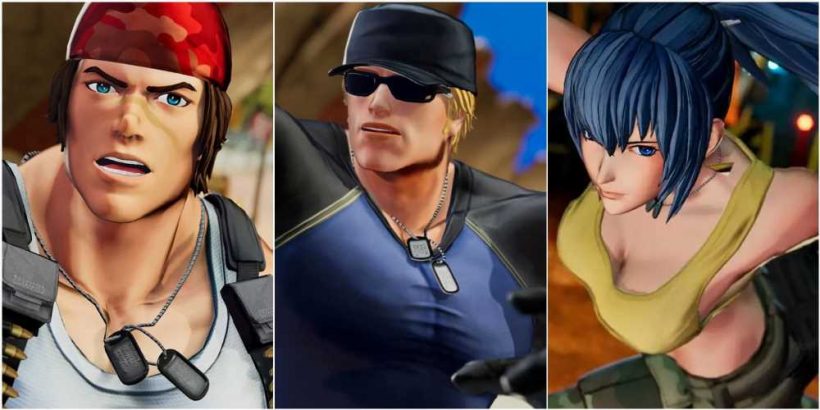 There are many differences between The King of Fighter 15 and its predecessor KOF 14, with many teams having members jump ship or disappear entirely. However, squads such as Team Ikari remain untouched and better than ever. With Ralf Jones, Clark Still, and Leona Heidern returning to the scene, you know you're in for a treat if you dive into a match with this composition of highly skilled combatants.

While not the most accessible team in the entire game, Team Ikari is still relatively easy to learn in the grand scheme of things. Team Ikari still offers that solid, adrenaline-pumping action that everyone knows and loves while also welcoming newcomers to the genre or series, which is always a plus.

Fighting game terminology can be confusing for newcomers, especially in a title such as The King of Fighters 15. So, to combat this, we feel it would be best to go over some of the most common terms found in the game before throwing everyone headfirst into the guide.

If you're a veteran of the series or genre, you can likely skip ahead to the meat of the guide. However, for beginners, we strongly urge you to look at the table below before moving any further. We feel this would be best to avoid getting lost on the more complex Move List entries on some characters. 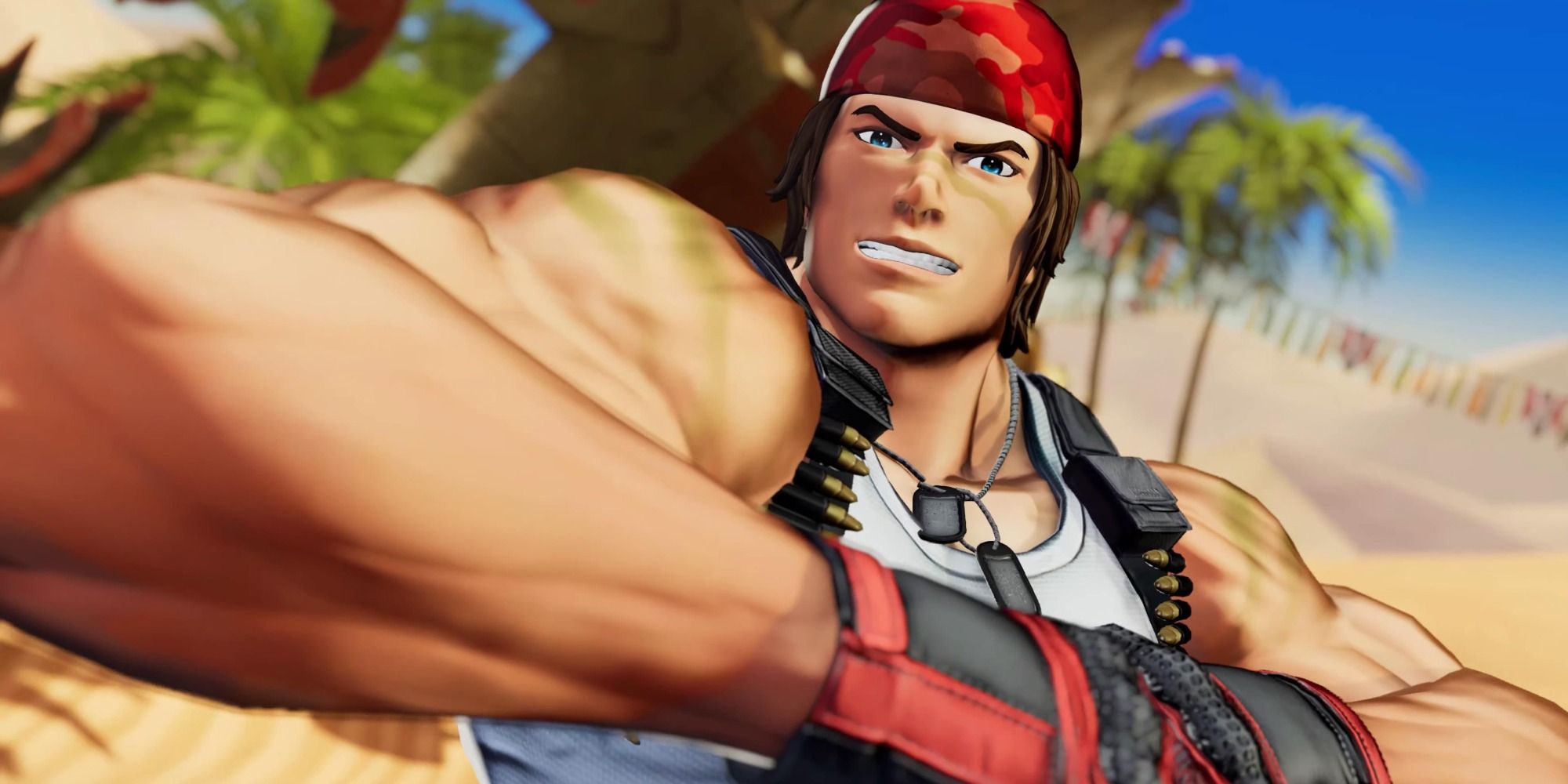 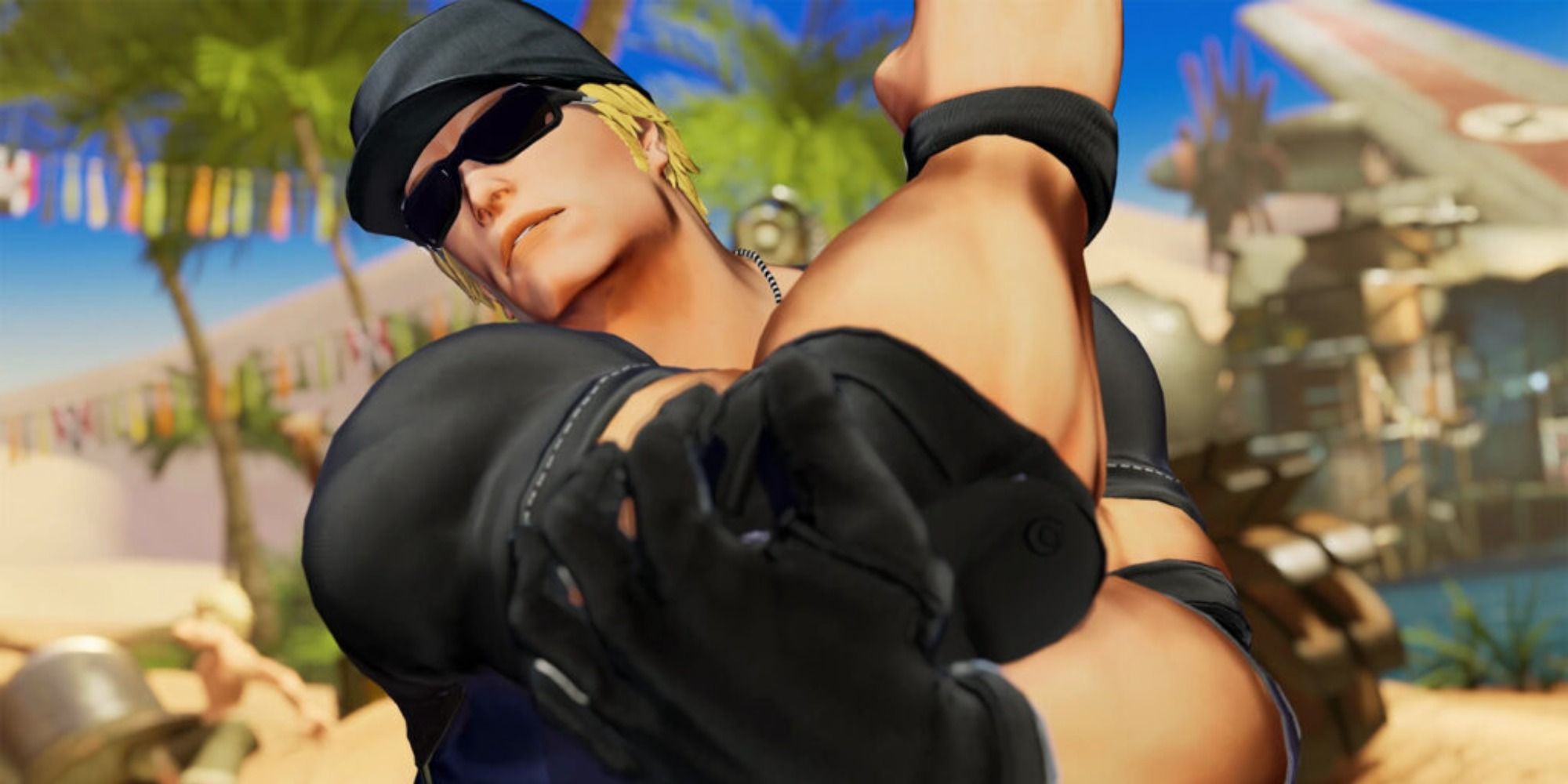 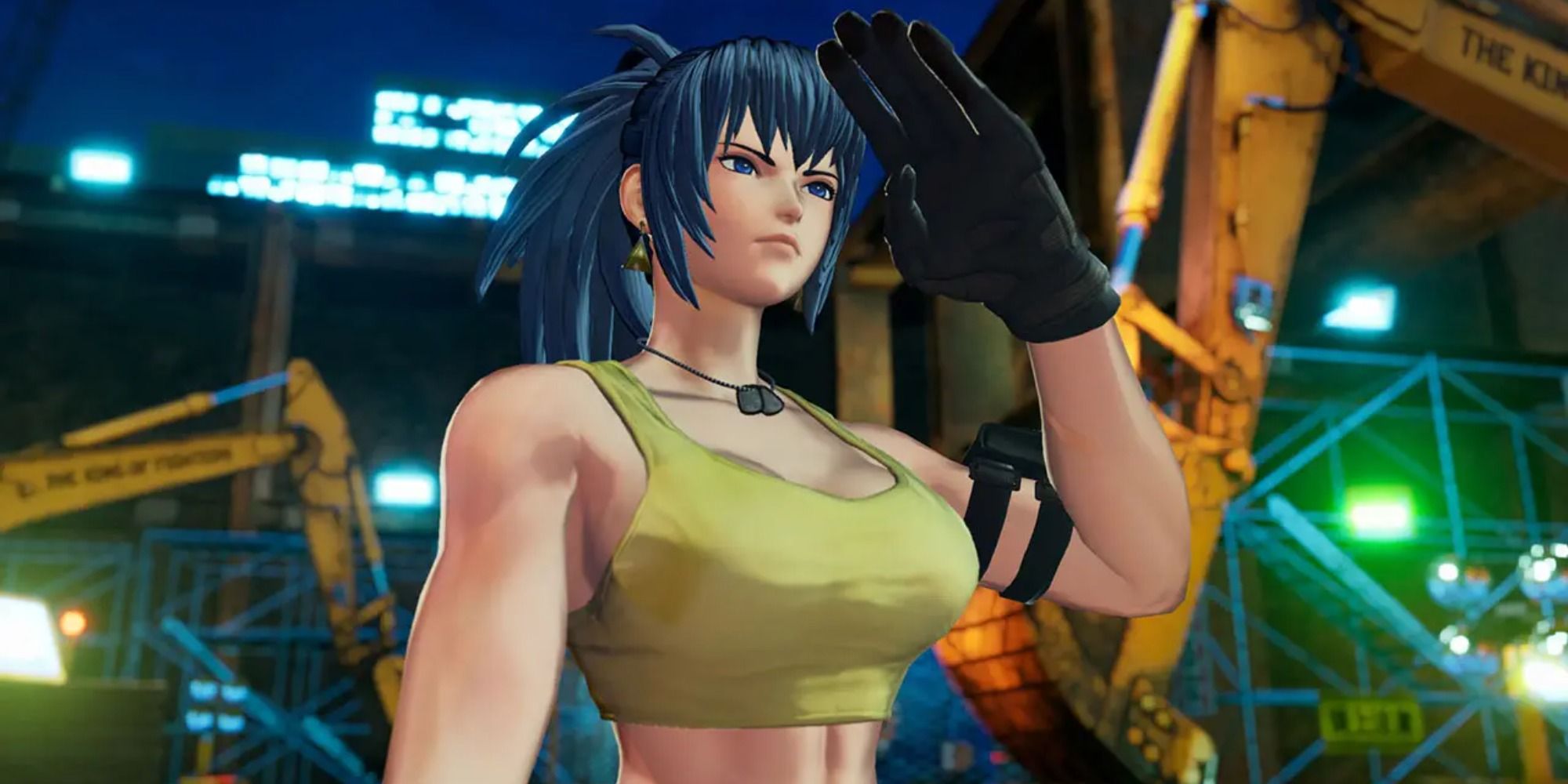 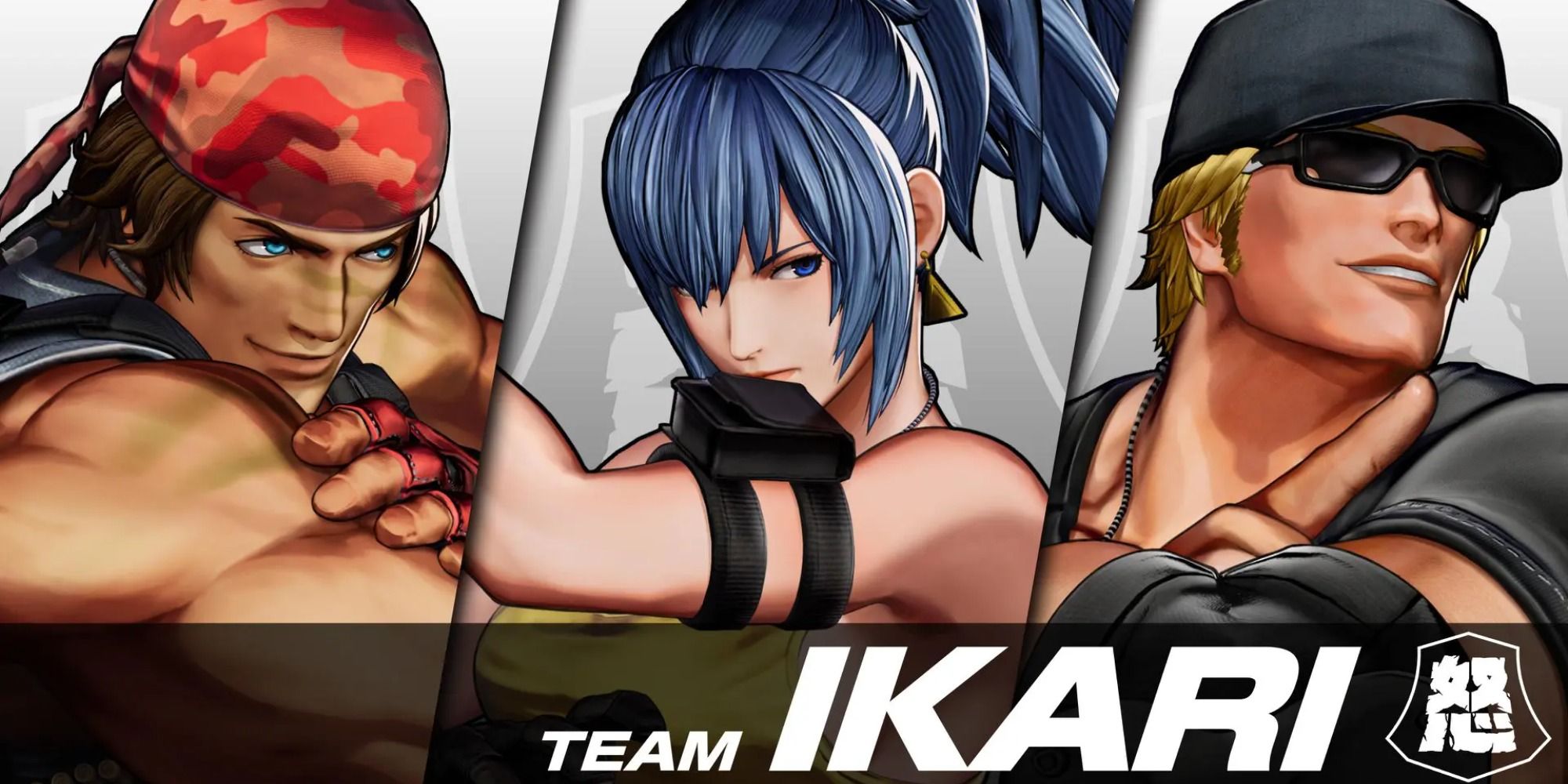 Team Ikari Warriors combines highly aggressive and powerful fighters that can give anyone a run for their money. If you like playing slow and methodically, Team Ikari may be the team for you, as they are intimidating if they can manage to close the gap.

A fan of Rushdown characters? Then Ralf Jones and Leona Heidern have you covered pretty convincingly. Want to dial things back a bit and deliver unmatchable damage? Then the Grappler Clark Still will suit your needs perfectly. While not a team for everyone, Team Ikari does an excellent job of allowing newcomers to pick them up while maintaining a relatively high skill ceiling hidden underneath the surface for the more hardcore audience. 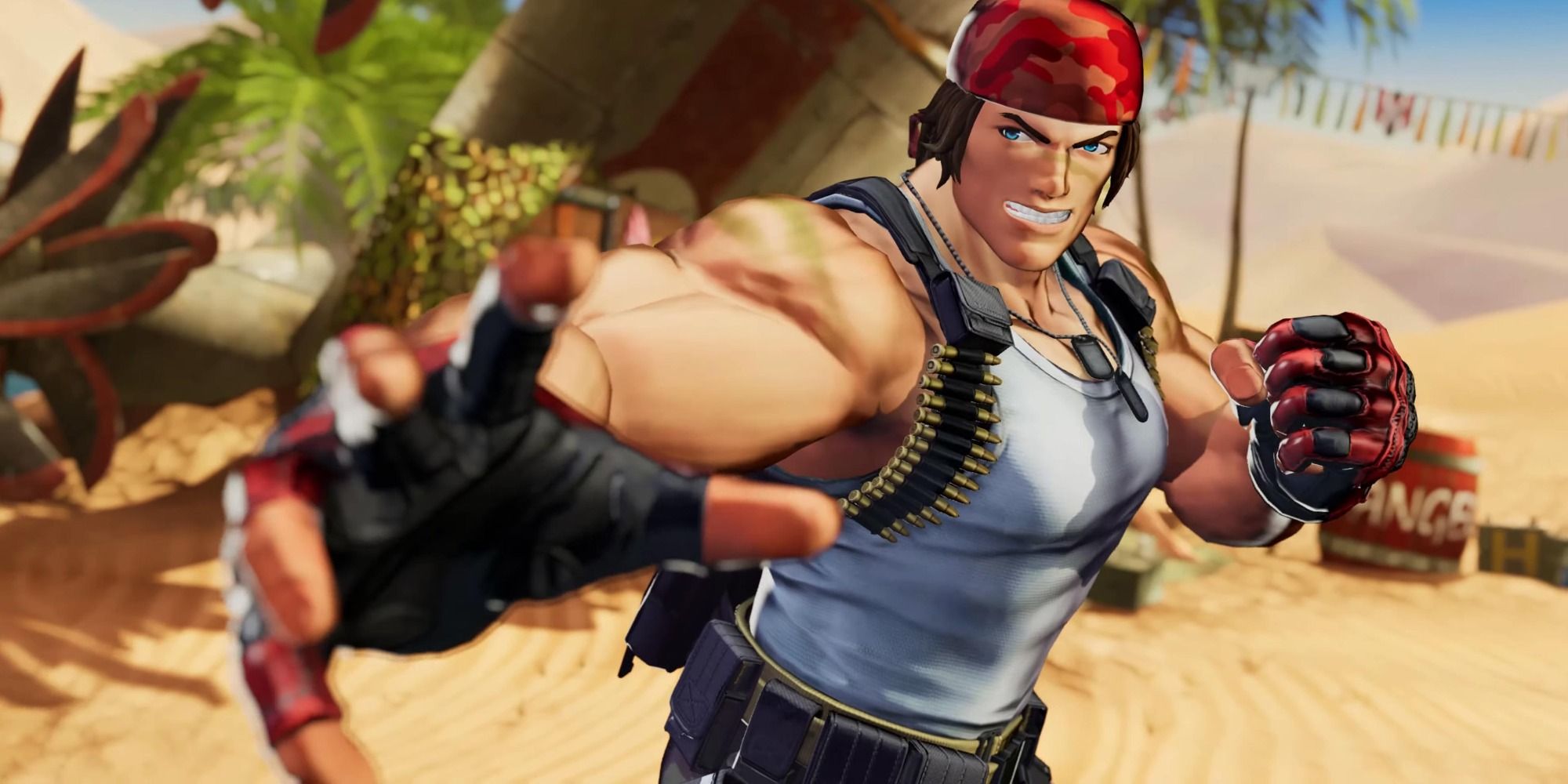 Ralf Jones is a Rushdown fighter with an excellent set of normals and shines in the neutral game and close-range situations. While he may look like a Grappler to many, he is undoubtedly one of the best Rushdown characters in the game.

Ralf has many ways to get in on his opponent, with lots of jump-in attacks and meaty strikes that, when well-timed, can pick an opponent out of the sky or stop them dead in their tracks if they aren't being careful. His fighting style is heavy-hitting and up close and personal. He makes up for what he lacks at range with pure damage output and solid buttons.

Ralf Jones won't be for everyone and skews on the slower side of Rushdown characters in the game. However, you don't need to be fast to deliver devastating blows, which Ralph does with seemingly every single one of his attacks. 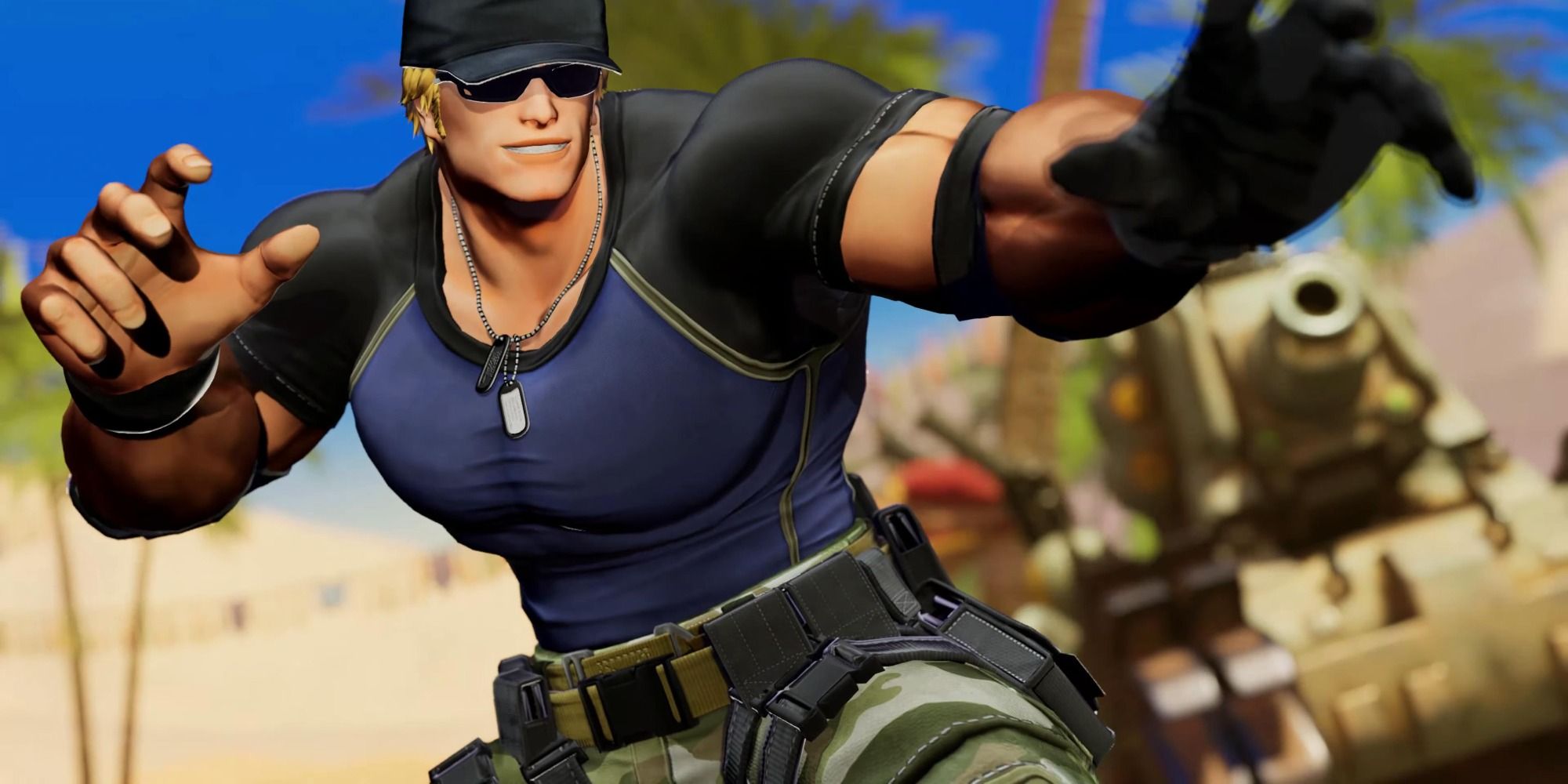 Clark Still may very well be the best Grappler in The King of Fighters 15, even beating out King of Dinosaurs in many ways. Even with his obvious shortcoming at any sort of range, Clark can still pose a threat at a distance due to his absurd amount of grabs and armored attacks.

Clark has many armored command grabs and can use them to get close to his opponent and toss them around like a ragdoll. In addition to his armored grabs, Clark possesses many one-frame grabs that are near impossible to react to, making him infuriating to deal with. If that wasn't enough, Clark also has an invincible command grab that is also incredibly challenging to deal with, especially in heated situations.

Pure-Grappling characters may not be for everyone, but Clark is the best of the best in The King of Fighters 15. If you're a newcomer or a fan of Grapplers in general, then we strongly recommend you check him out at the very least! 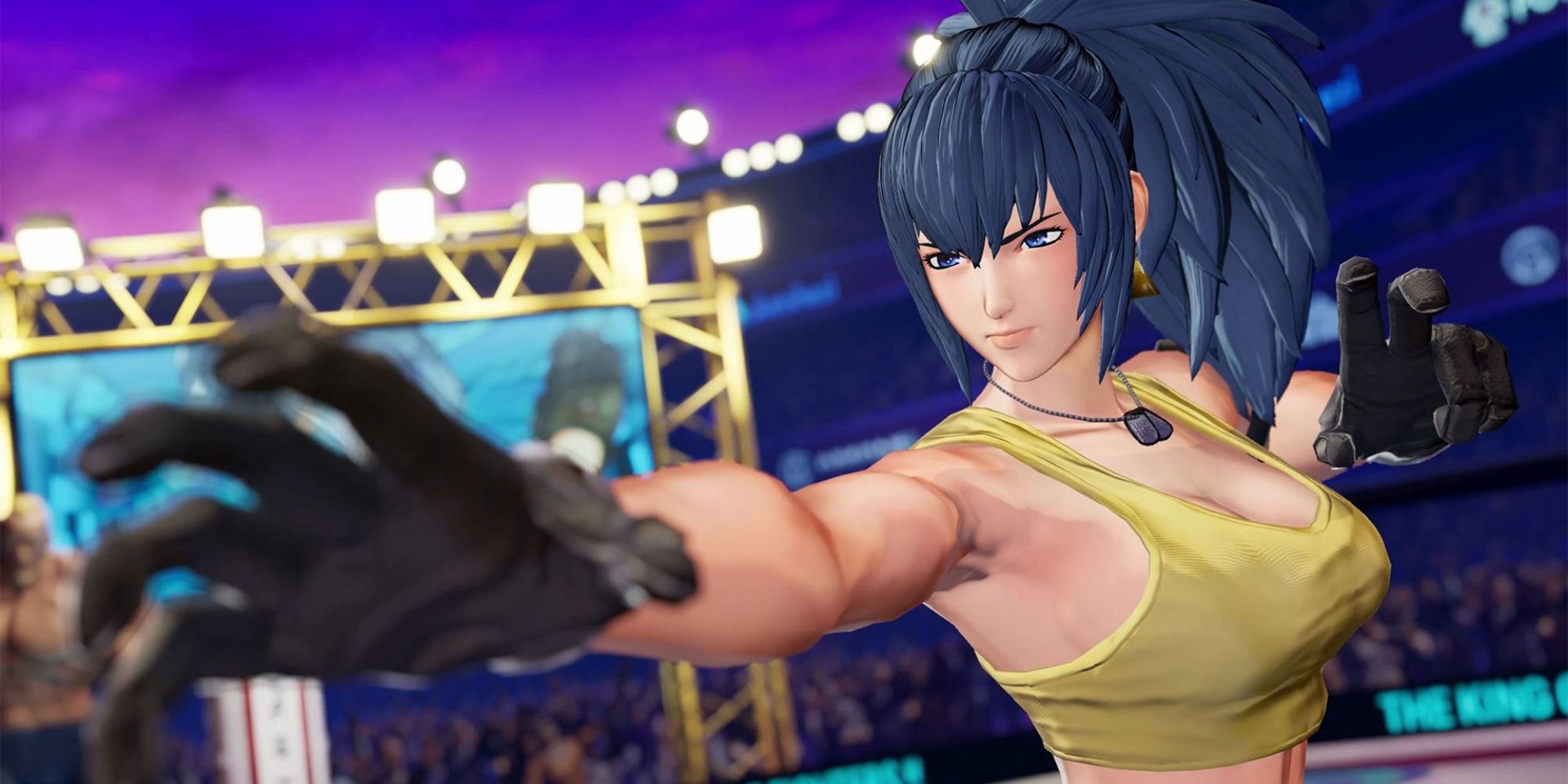 Leona Heidern is a Rushdown Charge character in The King of Fighters 15, with many quick and deadly attacks in her toolbox. However, while she is listed as a beginner-friendly fighter, her Charge nature may make her hard to pick up for genre newcomers.

Leona's primary goal is to apply suffocating amounts of pressure on her opponent, which she can easily achieve with her variety of charge attacks and demolishing combo routes. Being a Rush down Charge character, Leona must always be moving forward while you're simultaneously holding back, which can be a bit complex for beginners. However, once you get the hang of it, her move list is exhilarating to learn.

Even with Leona's lacking presence at range, she is an incredible Rushdown Charge character that can stand toe-to-toe with any other character in the right hands. Even if she may take a bit of time to get down, despite the game's official rating, she's worth the effort due to her unique and fun playstyle alone.