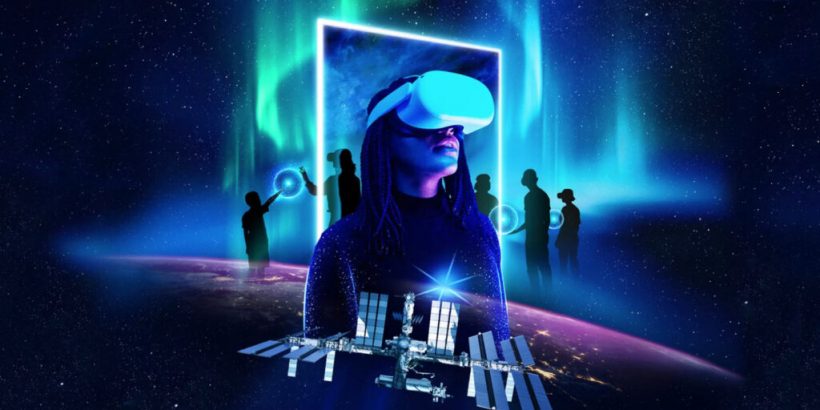 Felix & Paul Studios has been deeply invested in capturing the sheer wonder of space for several years now, collaborating with NASA on its Space Explorers project; most recently recording the first 360-degree footage outside on the International Space Station (ISS). Tied into this is another multi-collaboration project called The Infinite, an in-person experience that was originally launched in Montréal, Canada. Today, the next stop on The Infinite’s tour has been confirmed as Space City in Houston, Texas.

Still currently being shown in Montréal until early November, The Infinite will make its way to Houston for the US debut in December. A joint effort between Felix & Paul Studios, PHI Studio and Time Studios, guests will experience a mixture of virtual reality (VR) and augmented reality (AR) technology across the 60-minute timeframe as they’re transported to the ISS.

The Infinite will be a 12,500-sq.-ft. exhibition allowing visitors to roam freely inside a life-scale replica of the International Space Station. Guests will be treated to the very latest footage from that cinematic spacewalk captured in 360° 3D, only recorded on 12th September. There will be plenty of interactivity not just in VR but also with physical objects, multimedia art, soundscapes, light design, and even subtle scents.

“The exploration of space and the unknown is an endless source of fascination to us. We are thrilled to bring The Infinite to Houston – the global epicentre of human space exploration – to share this massive, fully immersive exhibition, and we look forward to virtually transporting thousands of people off the Earth to enjoy the joy and wonder of space with audiences in the U.S.,” said Félix Lajeunesse, co-founder of Felix & Paul Studios and Creative Director of The Infinite. “This unprecedented project is made possible thanks to our partners at NASA, the ISS National Lab, international space agencies and the incredible power of virtual reality.”

“The Infinite experience is unlike any other exhibition examining space. We took the approach to expansively underpin the visitor experience with exclusive content shot in virtual reality by Felix & Paul Studios aboard the ISS and did not centre the exhibition around artefacts of space exploration. Using architectural design, free-roaming technology and commissioned artwork from Japanese artist Ryoji Ikeda, we were inspired by humanity’s global fascination with space, integrating a poetic point of view of the astronauts. It was vital for us to transport the public to the particularities of life in space and [allow them to] feel their presence onboard and outside the ISS,” Phoebe Greenberg, PHI Studio Founder & Chief Creative Officer of The Infinite adds.”

For those interested in attending, The Infinite will be held at Houston’s Sawyer Yards from 20th December 2021 with early bird tickets starting from $29 USD. For further updates on all the latest Felix & Paul Studios news, keep reading VRFocus.