One of The Forgotten City's best characters, Vergil, is the subject of "The Sinner" questline, where you need to help him figure out who has been harassing him.

To start this quest, you'll need to venture to the marketplace and talk to Vergil. You can either find him scrubbing some graffiti from his shop or smithing tools inside. Upon talking to him, you can ask him about the graffiti and what it means, eventually working up to help him out and figure out who is doing it. 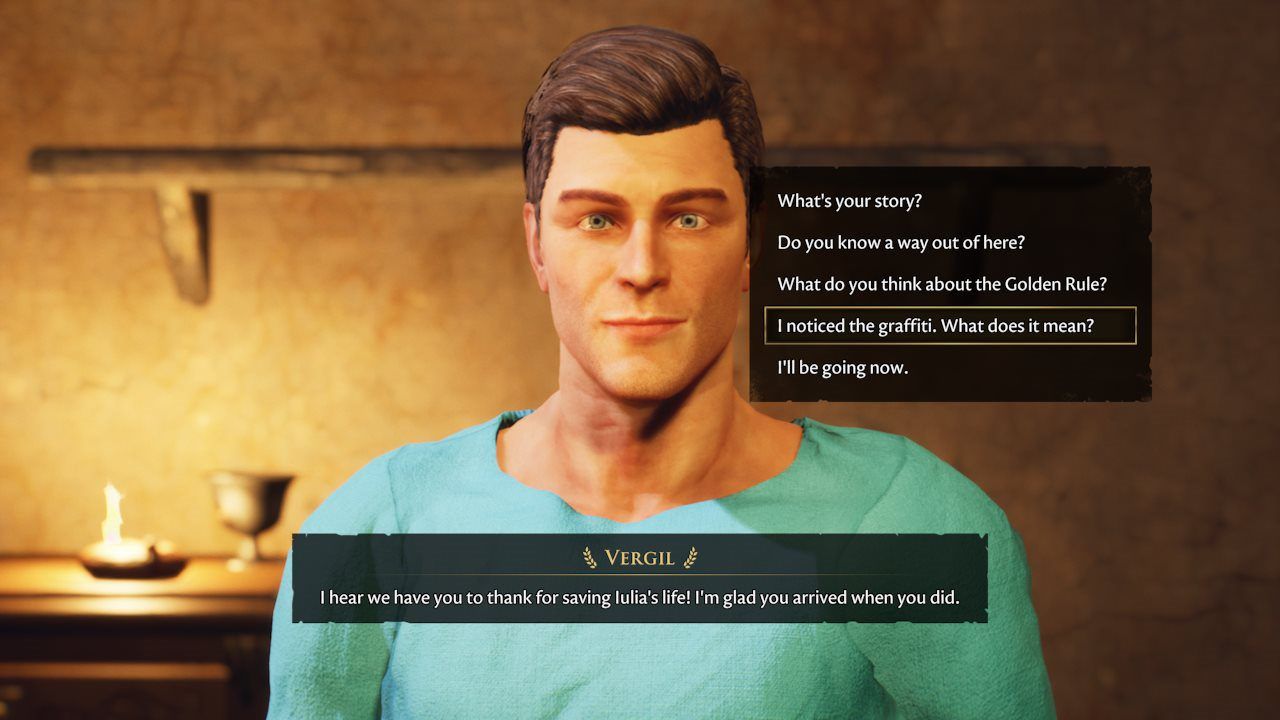 Vergil reveals that he's being sent homophobic threats because someone in the city has figured out that he's gay. Let's do the right thing and find out who's doing it and put an end to it. 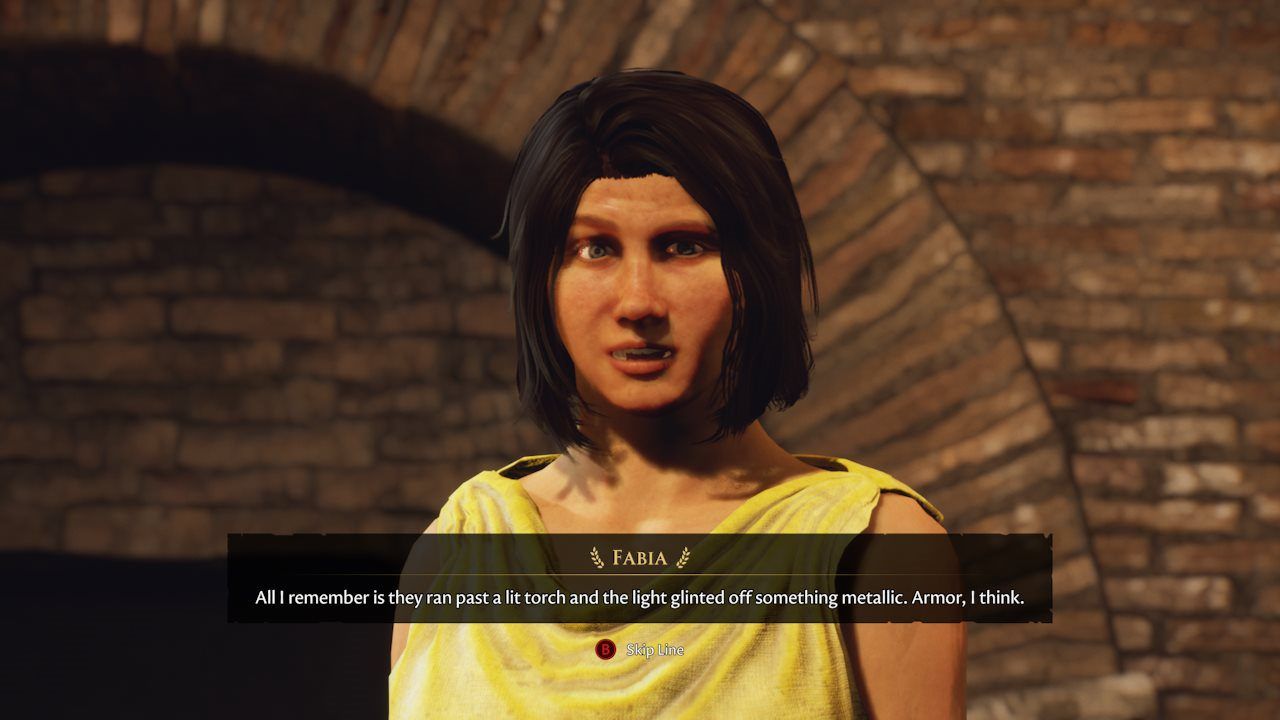 Once you've talked to Vergil, you'll get told to speak to some of the other merchants to see if they saw anything. Talk to Georgius, the tailor, and he'll tell you to talk to Fabia, as she might have a better idea. Fabia is the woman who is involved in the attack from the assassin, so make sure that you've solved that problem first.

Fabia will tell you that she's narrowed it down to three people thanks to seeing shiny armour in the streets at night. Fabia will tell you that it's either Rufius, Domitius, or Horatius, the only three people who wear armour in the city. The correct answer to all of this is Rufius. Because of his Rheumatism and self-hatred, Rufius has been taking out his anger on Vergil. Still, just because you know from reading this, doesn't mean you can just accuse him – you need proof. 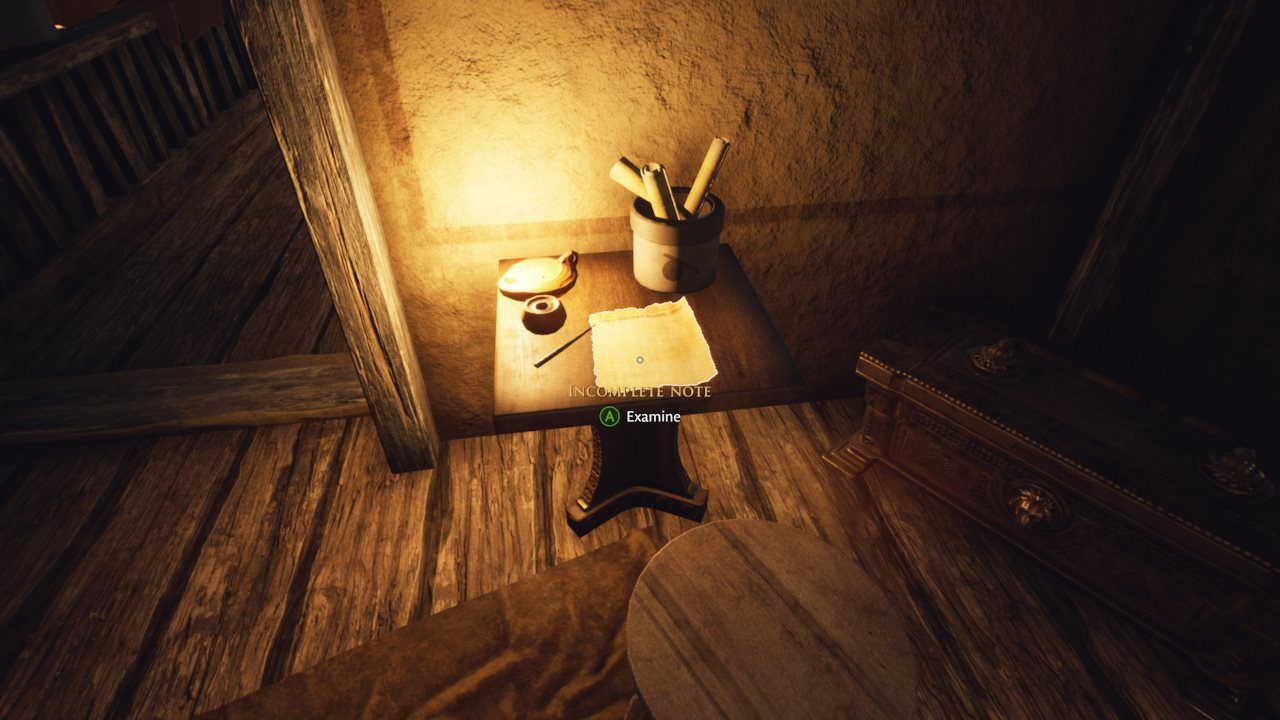 To find out that it was Vergil all along, go to where everyone's rooms are located past the marketplace. Find Rufius' room, which is located on the upper floor beyond the tavern, and look around. You'll see the "incomplete note" that makes it clear that Rufius is the one harassing Vergil.

How To Stop Vergil's Harassment In The Forgotten City 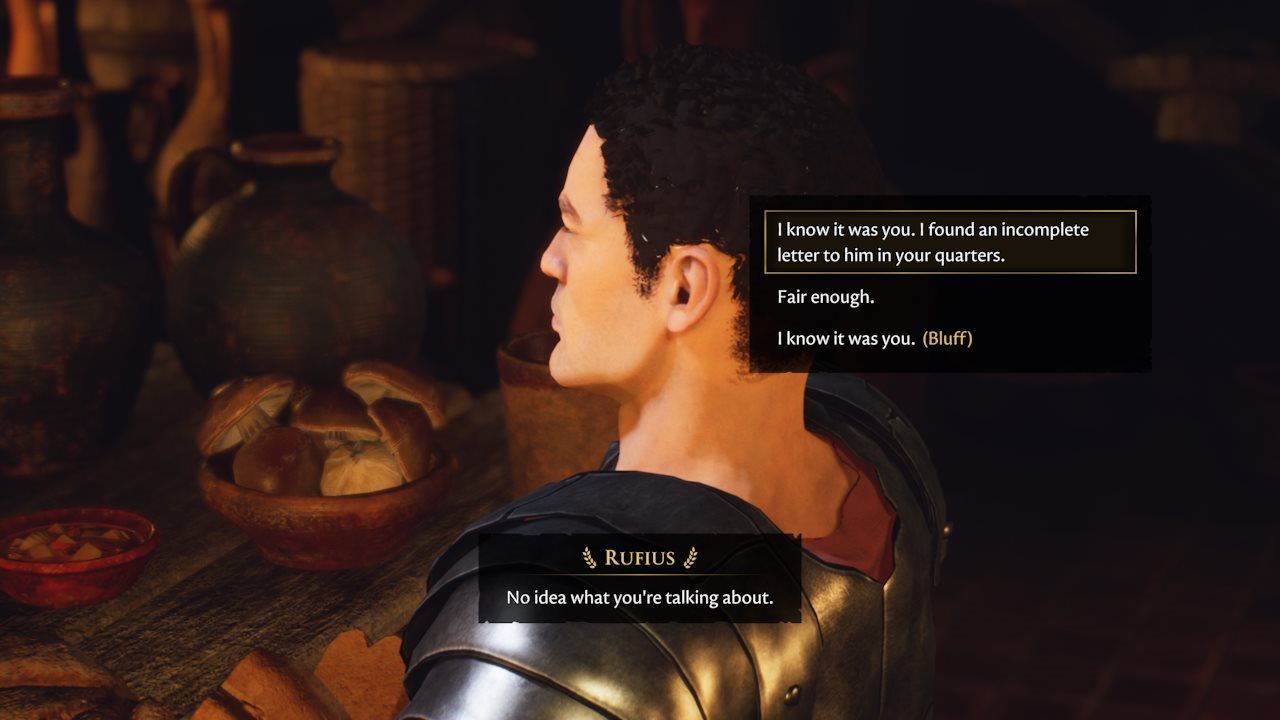 Once you've found the evidence, talk to Rufius to accuse him of harassing Vergil. If you've not got the evidence but try to goad the answer out of him, he'll call your bluff and require proof. Even when you have the proof, you're going to need to cure Rufius' Rhueumatism to get him to stop harassing Vergil.

This means completing the "A Thorn In The Paw" questline, which can be done either through entering the palace through "The Gilded" quest or by finding Naevia's notes in her room and delivering them to Lucretia. We've detailed that in this guide here.

After curing his Rheumatism, Rufius will calm down and agree to stop harassing Vergil. Complete the quest by talking to him and telling him that Rufius is going to stop. If you loop again, you can get Galerius to deliver the cure and stop him from harassing Vergil right then and there.

Completing these two quests will mean that two more people will vote for Galerius if you get him to go up for the position of Magistrate, which will be important for freeing Duli and getting an item that leads to the canon ending. 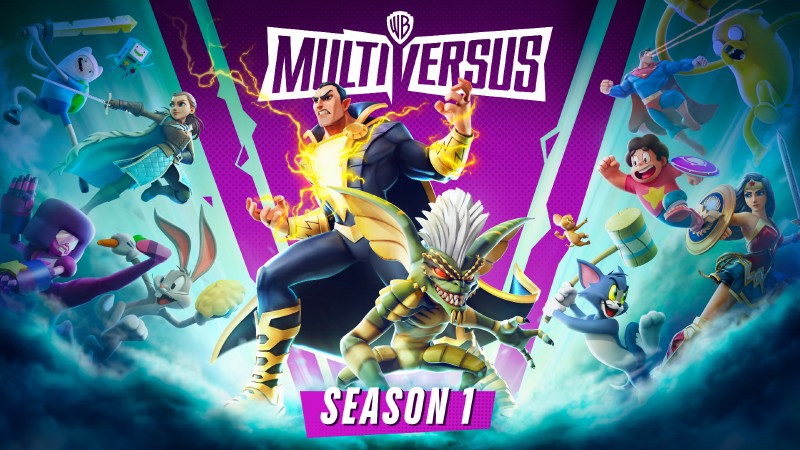