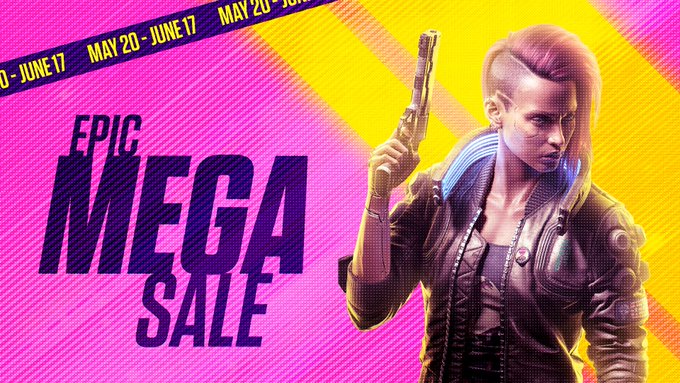 Epic Games has started their annual summer sale, with some major savings and NBA 2K21 as their current free game.

It seems the only time Epic Games are in the news lately is because of their ridiculous lawsuit with Apple but here’s some more positive news: their PC games sale has just started.

The sale runs from today, May 20, until June 17, so you’ve got plenty of time to find a bargain. Plus, you get a free £10 voucher just for logging in, which you can spend on any game that costs a minimum of £13.99.

That doesn’t mean there aren’t any free games though, as NBA 2K21 can currently be claimed for absolutely nothing, although only until Thursday, May 27.

We admit to knowing zero about basketball but since NBA players have also just been added to Fortnite we’re going to assume that there must be some sort of tournament or something going on at the moment.

We did get someone who does know about the sport to review the game when it was first released last year, but he didn’t like it – criticising the new shooting mechanic, half-hearted story mode, and the series’ infamously manipulative microtransactions.

The next free game after NBA 2K21 is currently being touted as a mystery, which usually means it’s something good and relatively recent.

In terms of the sale, you’re better to have a root around the site yourself but these are some of the better deals we noticed. Just remember you’ve got that £10 voucher too, so any of these could be even cheaper than they’re listed here.